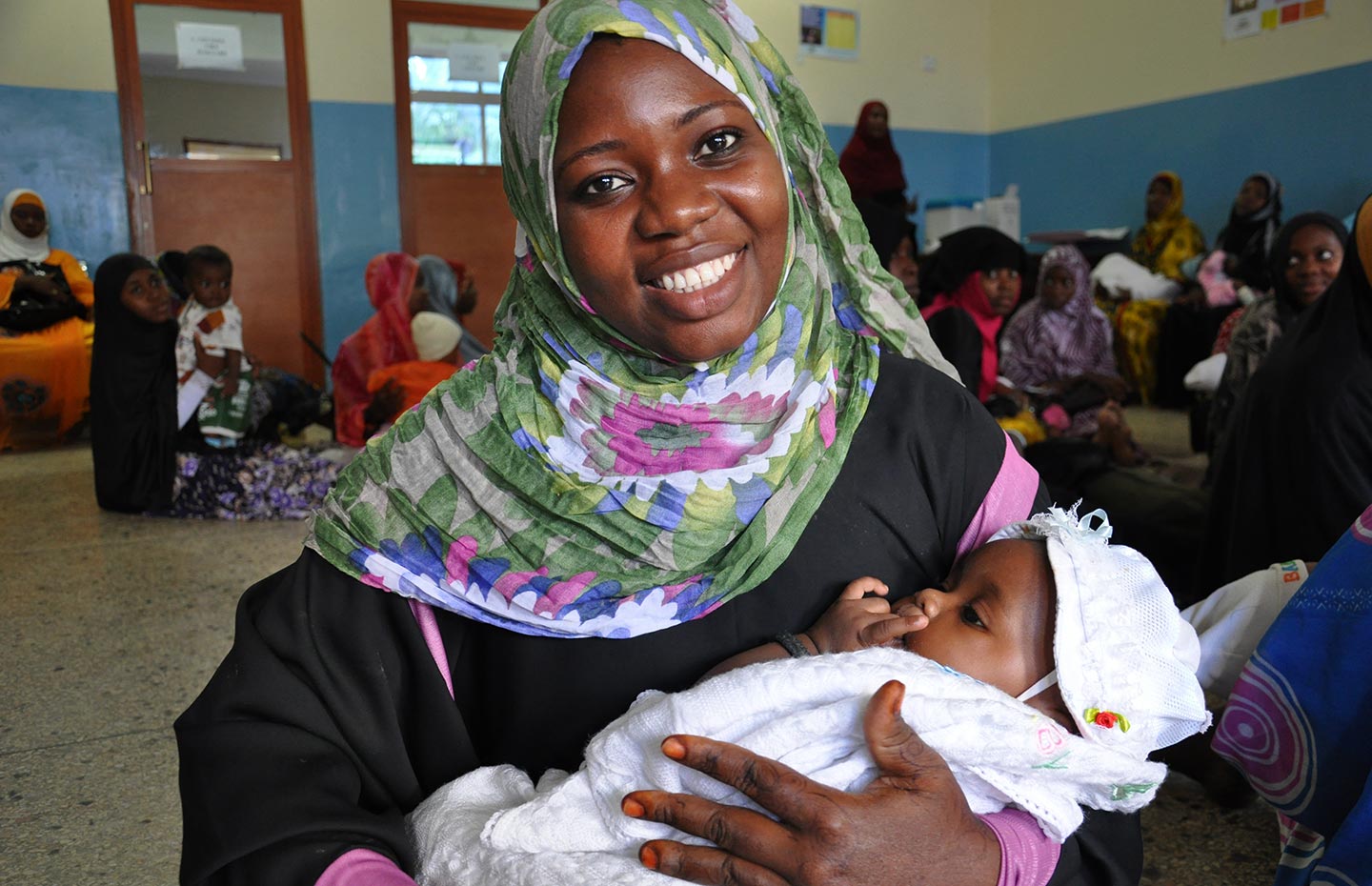 With our support, the five-in-one pentavalent vaccine is available in the world's 73 poorest countries

Over 467 million children immunised by the end of 2018

In 2000, fewer than 10% of low-income countries had introduced hepB vaccine. Less than 5% had launched the Hib vaccine as part of their immunisation programmes. Today, all the world's poorest countries offer the two vaccines as part of the pentavalent vaccine.

Pentavalent vaccine coverage in Gavi-supported countries increased from 1% in 2000 to 81% in 2018. By the end of the year, more than 467 million children had been immunised with Gavi-funded pentavalent vaccines.

In 2001, Kenya was the first to launch the pentavalent vaccine with Gavi support. In the same year, the very first hepB-containing tetravalent vaccines (DTP-hepB) funded by Gavi were administered to over one million infants in Mozambique. Thanks to Gavi support for new and underused vaccines, many other low-income countries quickly introduced the vaccine – spurring a spectacular acceleration of hepB immunisation coverage.

In July 2014, South Sudan introduced pentavalent vaccine – the 73rd and final Gavi-supported country to do so. 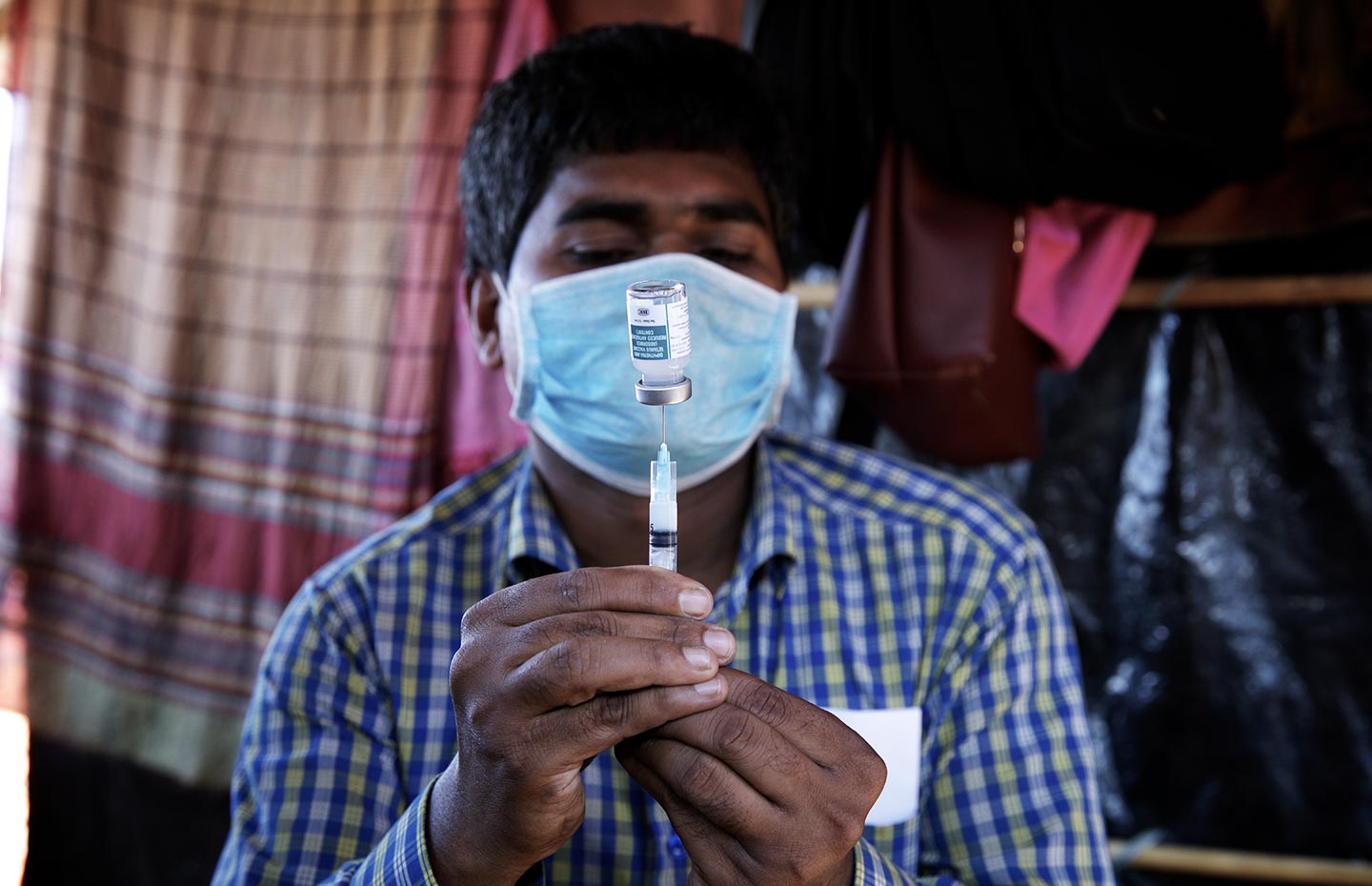 Corynebacterium diphteriae is a bacterium which can cause myocarditis (inflammation of the heart muscle), inflammation of nerves and kidney problems. It is transmitted by contact, by contaminated objects or through the air. According to World Health Organization (WHO) data, incidence of diphtheria is on the rise: countries reported more than 7,000 cases in 2016, and almost 17,000 in 2018. Death occurs in 5% to 10% of those infected, mainly in children under 5 years of age.

Caused by Clostridium tetani bacterium, which is commonly found in soil, saliva, dust and manure, the infection is characterised by muscle spasms. The tetanus toxoid vaccine protects effectively against all forms of tetanus and has reduced incidence rates globally. Neonatal tetanus continues to be a major killer of newborns and can be prevented by providing the vaccine to women of childbearing age, either before or during pregnancy. According to WHO, there were a total of 15,103 cases of tetanus in 2018.

Pertussis or whooping cough is a highly infectious airborne bacterial disease. It spreads easily from infected persons and is fatal in 1 in 200 cases among infants. The pertussis vaccine is effective at preventing illness, but its protection may wane after three to six years.

Haemophilus influenzae type b (Hib) is a deadly bacterium which can cause meningitis, pneumonia and septicaemia. Hib is the third-leading vaccine-preventable cause of death in under-fives. In developing countries, where the vast majority of Hib deaths occur, the disease leaves up to 35% of survivors with disabilities. By 1999, 10 years after being licensed, Hib vaccine was only available in one low-income country.

Spread through sneezing and coughing, Hib in the pre-vaccine era was the leading cause of childhood meningitis – inflammation of the membranes covering the brain and spinal cord. Many survivors suffer paralysis, deafness, mental retardation and learning disabilities.

Even today, almost 30 years after safe and effective Hib conjugate vaccines were first licensed, Hib remains a significant cause of pneumonia and meningitis, mainly in children. Globally, the disease accounts for approximately 200,000 child deaths every year, most of them in low-income countries. Hib can be treated with antibiotics, but lack of access to adequate medical facilities and increasing levels of antibiotic resistance lead to high mortality rates.

After Canada became the first country to introduce Hib vaccine in 1986, uptake was fast; by 1998, 50% of high-income countries had introduced the vaccine into their immunisation programmes – leading to dramatic declines in the incidence of Hib disease. However, high costs meant low-income countries could not afford the vaccine. The Gambia was the lone exception, becoming the only developing country to introduce Hib vaccine thanks to a manufacturer's donation in 1997. In 2006, WHO issued a powerful recommendation for Hib vaccines, urging that it be included in all routine immunisation programmes around the world.

The hepatitis B (hepB) virus is the leading cause of liver cancer and is 50 times more infectious than HIV. While infections occur mostly in young children, the deadly consequences of the virus usually strike later in life in the form of liver disease, including cirrhosis and liver cancer. In 2015, an estimated 257 million people worldwide were chronically infected with the hepB virus, which claimed approximately 887,000 lives due to acute or chronic liver disease.

Transmission of the virus from mother to newborn infant is a major contribution to disease in regions such as Asia and the Pacific Rim, where infection is widespread. The majority of cases could be avoided through vaccination. The vaccine is 98% effective in preventing infection and the development of chronic disease and liver cancer due to hepB.

HepB vaccines became available in 1982, with Italy becoming the first high-income country to introduce the vaccine into its national immunisation programme only a year later. Yet it was only in 1994 that Zimbabwe became the first low-income country to follow WHO's 1992 recommendation that childhood hepB vaccination be included in all immunisation programmes.

By the late 1990s, the hepB vaccine had been on the market for two decades but was taking longer than the average 15 years usually required for a new vaccine to reach large numbers of the world's poorest children. And by 2000, the infection was claiming an estimated 900,000 lives each year – most of them in low-income countries. Yet only 22 low-income countries had access to the hepB-containing vaccine.

Increasing coverage while reducing the number of shots

Combining five different vaccines in a single vial, pentavalent vaccine brings cost savings in terms of equipment, delivery and disposal programmes. When Gavi set out to catalyse the adoption of new vaccines in low-income countries in 2000, Hib was top of its priority list. The vaccine had existed since the early 1990s, but by 2000, only one low-income country had introduced the vaccine into its national immunisation programme. As a result, support for routine immunisation against Hib was immediately made available through Gavi. Initially, Gavi-eligible countries were slow to take up the offer of support for Hib vaccine, both because of limited awareness of Hib's disease burden and concerns about the cost of the vaccine.

By 2004, four years after the Hib vaccine had become part of Gavi's vaccine portfolio, only 15 countries out of the 74 eligible countries had been approved for Hib vaccine support. Initially, Gavi provided support for hepatitis B (hepB) monovalent vaccine. However, in December 2005, the Gavi Board decided only to accept new applications for hepB vaccine support through combination vaccines (tetravalent and pentavalent).

THREE SHOTS INSTEAD OF NINE

Offering hepB and Hib vaccines as part of a five-in-one pentavalent vaccine goes beyond simply improving coverage. It also means that children only need three shots – instead of the previous nine – to have the same protection. Other advantages include:

The pentavalent vaccine success story reflects the strengths of Gavi’s public-private partnership model. UNICEF’s Supply Division has met demand for over one billion doses. WHO and UNICEF have helped countries decide when and how to introduce the vaccine. Industry has increased global production capacity from 20 to 600 million doses. At the same time, innovation in formulation and packaging has helped to reduce the strain on immunisation cold chains.

The past 17 years have seen significant reductions in the price of pentavalent vaccine. Gavi’s significant buying power has provided incentives to manufacturers to lower their prices. The average price Gavi pays for pentavalent vaccine has dropped from US$ 2.98 in 2010 to US$ 0.90 in 2018. The Vaccine Alliance has also encouraged new suppliers to enter the market, including those based in emerging markets. Expanding the supplier base has significantly increased supply security for the vaccine. 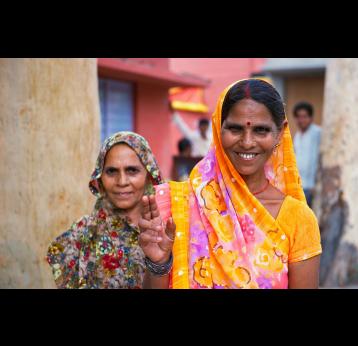 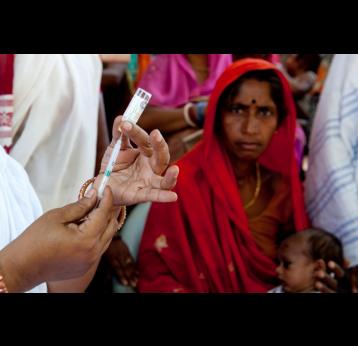 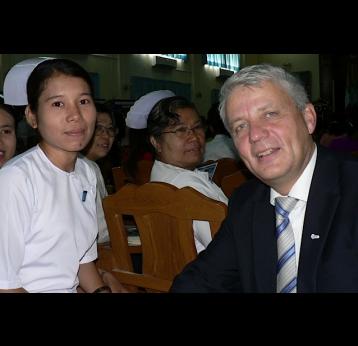 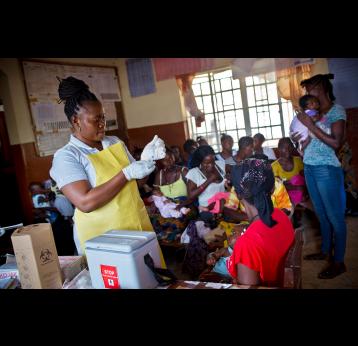