The science behind COVID-19
Cross-postsCOVID-19Vaccine safety

COVID vaccines and pregnancy: a review of the evidence shows they are safe

In all the research reviewed, none found any safety concerns regarding COVID vaccines during pregnancy. 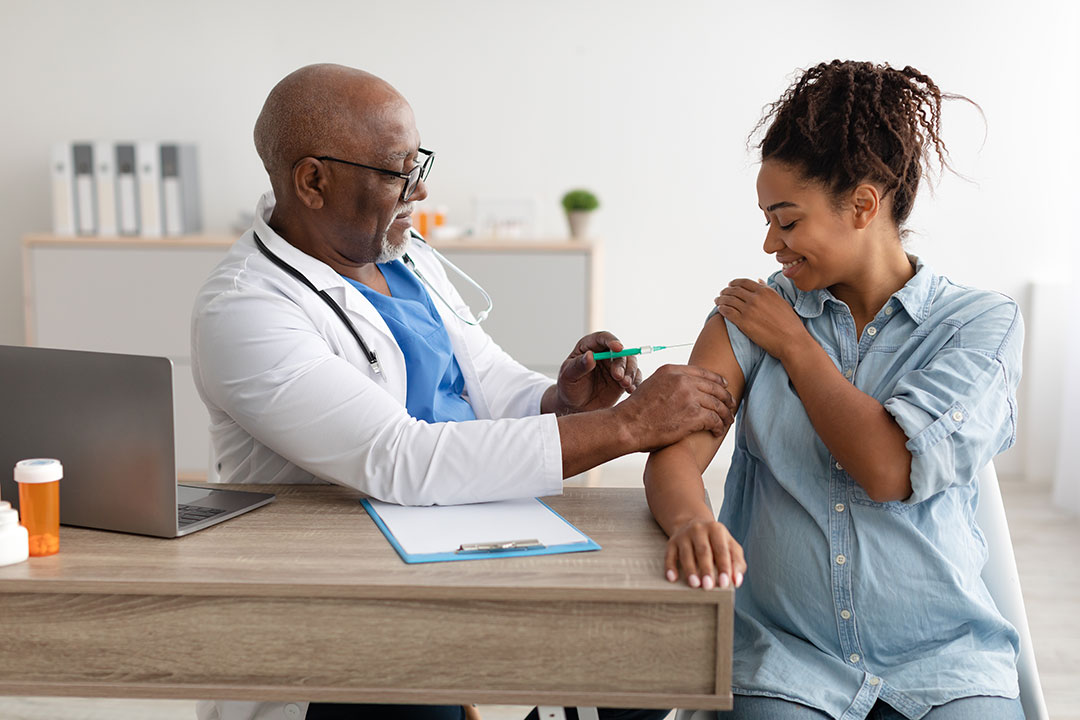 Women who are pregnant and get infected with COVID have a higher risk of preterm birth.

COVID vaccines have been contentious ever since they were developed in response to the coronavirus pandemic, though the evidence is that they are safe and effective. One of the concerns has been whether the vaccines were safe for pregnant women. A recent review looked at the evidence available from North America, Israel and Europe. The Conversation Africa’s Ozayr Patel asked vaccine specialist Marta C. Nunes to sum up the findings.

How did you gather the evidence?

Current COVID-19 vaccines were not tested in pregnant women in the initial clinical trials. But in many countries, pregnant women did get the vaccine. Observational studies have been done since the vaccines became available, to generate information on the vaccines’ safety and how well they work.

We reviewed more than 30 studies from a number of different countries that had data on pregnant women and COVID vaccines.

What did you find?

We divided our review into three components: safety; immunogenicity (strength of immune response); and protective effects.

The second component was immunogenicity: how well the immune system of the pregnant women mounted a response to the vaccine. Pregnant women’s immune response to the vaccine was similar to the response of women who were not pregnant. Basically they had the same level of antibodies after vaccination. And these antibodies could cross the placenta. The antibodies could be found in the cord blood of the newborn, probably conferring some protection to the baby during the first few months of life.

The third part of the review focused on the protective effects of vaccines. It looked at whether vaccines protected pregnant women against COVID-19. There are not many studies yet exploring this. But existing studies found that mothers who received the COVID vaccine were protected against disease and so were their babies. Vaccinating pregnant women is much like vaccinating other adults. The big advantage is that it protects babies too.

Should women take the vaccines?

We recommend it. This is because multiple studies, including a study by our research unit in South Africa which hasn’t been published yet, show that women who are pregnant and get infected with COVID have a higher risk of preterm births. Some studies have also shown that women who get COVID during pregnancy have a higher risk of stillbirths. So it’s really important to protect pregnant women against COVID-19.

Which vaccines are the best for pregnant women?

Most of the studies in our review looked at mRNA vaccines. This is because most of the studies were in countries that mostly use those vaccines. That’s why the World Health Organization currently recommends mRNA vaccines. Not many studies looked at the vector based vaccines, for example the Johnson & Johnson and AstraZeneca vaccines. Studies that included the AstraZeneca and Johnson & Johnson vaccines did not find any problem with them. There are studies in progress that are also looking at other vaccines.

What other vaccines do pregnant women get?