Do COVID-19 variants mean that we need a booster shot for our booster?

Oxford scientists are already working on an updated version of their COVID-19 vaccine to ensure people remain fully protected against new variants of SARS-CoV-2. But how would these be delivered and how often would they be needed? 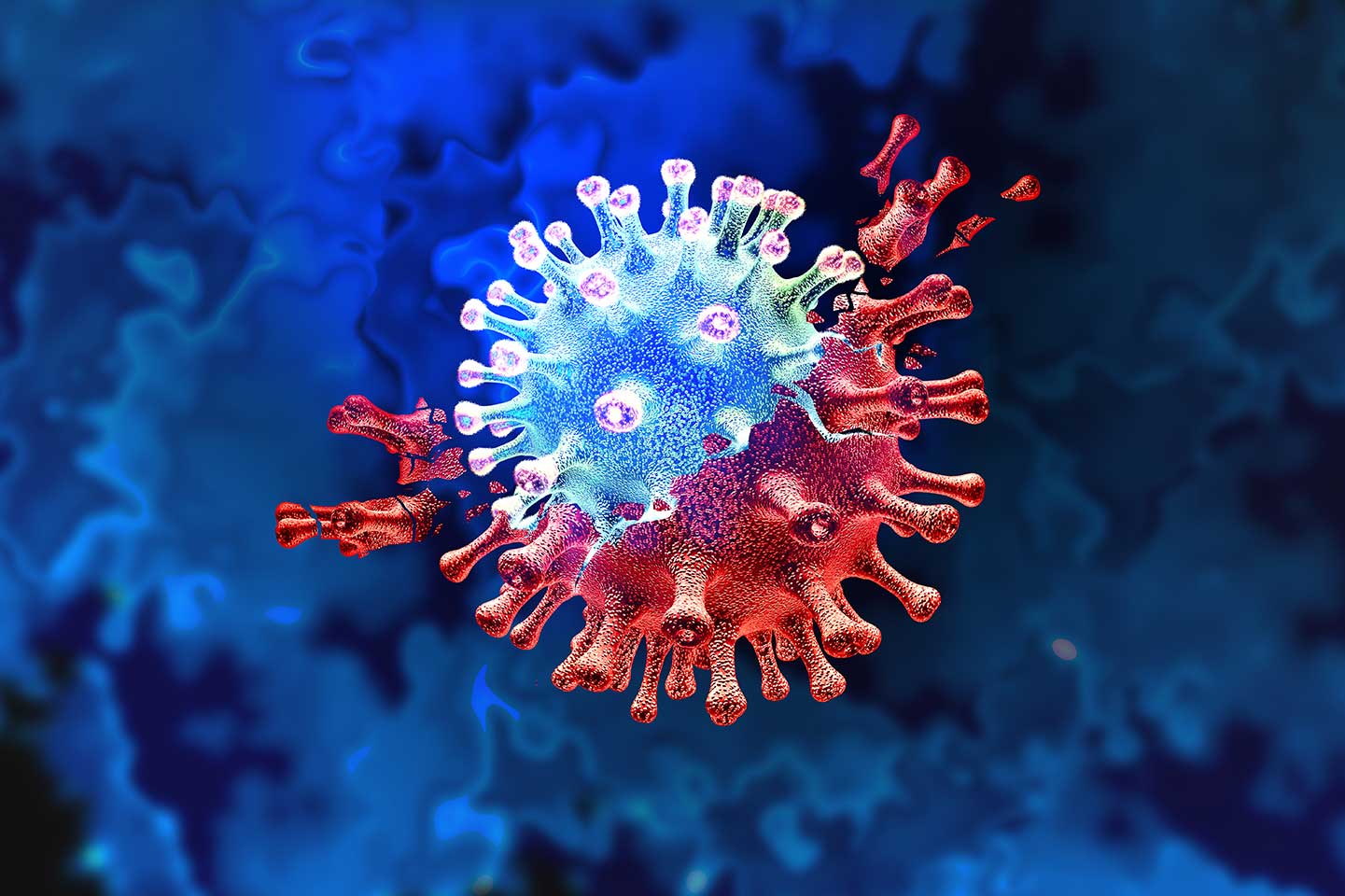 Viruses mutate, and vaccines can be tweaked. However, news that the Oxford-AstraZeneca vaccine may be less effective against the B.1.351 variant first discovered in South Africa, has raised the prospect of “booster” shots for people who have already been vaccinated against COVID-19, in addition to the second 'booster' already recommended.

Coronaviruses mutate more slowly than influenza. So, although existing vaccines appear to be slightly less effective against some of the new variants, this doesn’t necessarily mean that the vaccines will have to be changed each year as they are with flu.

Already, an updated version of the Oxford-AstraZeneca vaccine is being developed. This involves tweaking the piece of genetic code for the coronavirus spike protein that it contains, to match the spike protein from the new coronavirus variant. Messenger RNA (mRNA) vaccines, such as those being produced by Pfizer and Moderna could be similarly tweaked, and these updated vaccines could either be given in place of, or on top of, the existing vaccines to create a more specific – and hopefully more effective – immune response.

This isn’t, technically speaking, a booster dose. Usually, boosters involve injecting people with an additional shot of the original vaccine and are required because, after a while, levels of circulating antibodies – immune proteins that can bind to pathogens and block their ability to infect us – begin to wane, meaning immunity wears off. To prevent people becoming infected with the pathogen, this additional dose reminds their immune systems of what it looks like, boosting antibodies against it. For example, primary vaccination with three shots of the diphtheria, tetanus and pertussis (DTP) vaccine, is given to infants to help build immunity against the bacteria responsible for these diseases, followed by three booster doses (containing the same inactivated bacterial toxins) during later childhood. For COVID-19, the situation is likely to be more similar to what happens with the seasonal flu vaccine. Here, adults and children receive a dose of a new vaccine each year because influenza viruses mutate so quickly, rendering last season’s vaccine almost obsolete. The immunity we get from a flu vaccination also wears off over time.

With each season we are still dealing with an influenza virus, but the mutations in its genetic code have changed the structure of its surface proteins so much, that a person’s existing antibodies won’t fully recognise and neutralise the newer influenza virus, meaning that it can infect us and make us ill. This is called “antigenic drift”.

It’s still too early to say if the new variants of SARS-CoV-2 will completely evade the immune responses triggered by existing vaccines. Possibly, vaccinated individuals will continue to mount a partial response to new variants – even if this isn’t enough to prevent disease in some of them. Injecting them with an updated vaccine would teach their immune systems to recognise any altered parts of the spike protein, as well as strengthening its memory of the unchanged parts, which could result in a stronger and longer-lasting response overall.

Coronaviruses mutate more slowly than influenza. So, although existing vaccines appear to be slightly less effective against some of the new variants, this doesn’t necessarily mean that the vaccines will have to be changed each year as they are with flu. The technology underpinning these vaccines is also different: Whereas most influenza vaccines are produced by growing live virus in chicken eggs, and then isolating and inactivating it, the approved COVID-19 vaccines involve injecting the genetic instructions for making the coronavirus spike protein into our cells, or into a harmless adenovirus which then shuttles these instructions into our cells. Tweaking these vaccines should, in theory, be faster and more straightforward than having to isolate and grow large quantities of virus in chicken eggs.

However, since these are relatively new vaccine technologies, injecting someone with an updated dose of vaccine on top of an existing vaccine has not yet been fully evaluated. In principle, there’s no reason to think it wouldn’t work, but additional safety studies may be necessary.

The good news is that, although new variants of SARS-CoV-2 are emerging, they appear to be developing similar “mutations of concern” independently of one another – ones which enhance the ability of the virus to bind to and infect human cells. This could suggest that SARS-CoV-2 is following a more predictable pattern of mutation than influenza. This, combined with the relatively slow mutation rate of the virus, could mean the vaccines won’t have to be updated, and the population revaccinated, each year as happens with flu, although that will also depend upon how long immunity lasts and to what extent the virus continues to circulate.

However as long as the virus continues to infect large numbers of people, the chances of it accruing additional mutations remains high, and this increases the likelihood that even updated vaccines may need replacing at some point. If this happens, it could warrant a shift away from vaccinating entire populations with the aim of stopping virus transmission, and prioritising those most at risk of severe disease or death to maximise the impact of those vaccines instead.