Genetic sequencing has linked the recent outbreak of Ebola disease to a survivor of the 2014-16 West Africa epidemic, meaning the virus could have laid dormant in one survivor for over five years. What does this mean for our efforts to control the disease? 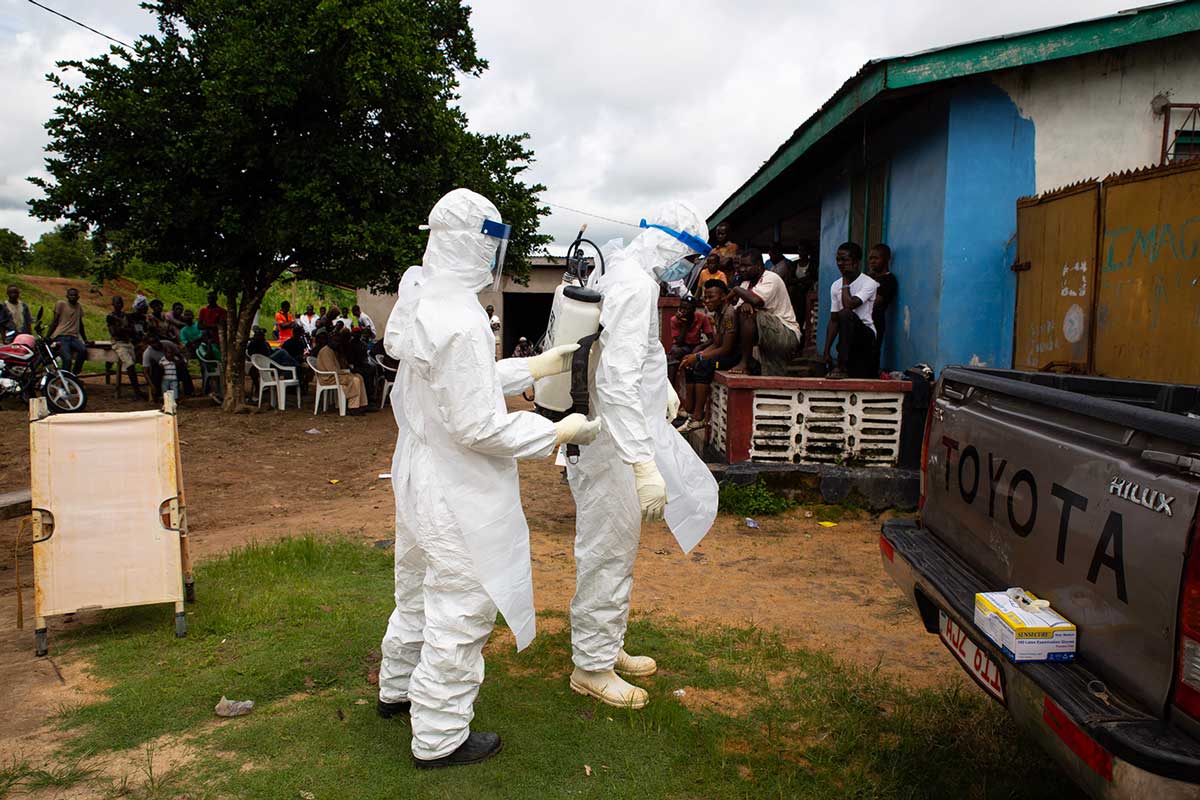 The current outbreak of Ebola in Guinea was probably triggered by someone who was infected 5-7 years ago and has unwittingly harboured the virus in their body this entire time, research suggests. The discovery, which is based on a comparison of viral genome sequences from patients infected in the current outbreak and the 2014-16 West African Ebola epidemic, suggests the virus may be able to survive in the bodies of survivors for four to five times longer than previously thought. It also creates fresh challenges for Ebola-affected communities and the health systems that serve them, such as how best to protect people’s health without further stigmatising survivors.

Possibly, the virus has been lying dormant in someone who survived the previous epidemic, until something triggered it to reawaken, prompting this fresh wave of infections.

The latest outbreak has been traced back to a nurse who presented at a health centre in Gouécké, southern Guinea, on 18 January with a headache, physical weakness, nausea, vomiting, loss of appetite, abdominal pain and fever, and who later died of their infection. There have been at least eight other deaths related to the outbreak so far.

The assumption was that the nurse had picked up the virus from a wild animal, such as a bat. To confirm this – and to rule out any connection to the previous epidemic, the epicentre of which was just 200 kilometres away – an international team of researchers led by the Guinea Infectious Disease Research and Training Center performed whole genome sequencing on viral samples isolated from four patients affected by the current outbreak, comparing them to reference sequences from the 2014-16 epidemic. Usually, patterns in the genetic sequences of viruses tend to change as they’re passed from host to host, so you would expect viruses that were circulating 5-7 years ago to look quite different from the ones that are circulating now, but the sequenced viruses were remarkably similar. This strongly suggests that the virus currently circulating in southern Guinea is closely related to strains that were behind the previous epidemic.

It's possible, the researchers say, that the virus has been lying dormant in someone who survived the previous epidemic, until something triggered it to reawaken prompting this fresh wave of infections. Ebola virus is known to linger in certain body tissues that the immune system pays less attention to, including the eyeballs and testes, in some survivors. There is also evidence of sexual transmission of the virus via semen. But until now, the longest period the virus had been documented to persist in survivors was 500 days.

Although scientists can’t rule out the possibility that the virus survived for a shorter period, and has since been passed, undetected, from person to person in a handful of individuals, the high death rate and infectiousness of the Ebola virus make this scenario less likely.

“The human origin of the current Ebola virus disease outbreak and the associated shift in our perception of Ebola virus emergence, call for careful attention to survivors,” write the researchers on virological.org, where they published their findings.

Achieving this without increasing the intense stigmatisation Ebola survivors already face could present a major challenge. Boosting awareness of the fact that not everyone with Ebola shows symptoms, meaning that anyone in an affected region could be a survivor, is one potential strategy. Increased awareness about the possibility of sexual transmission of Ebola through unprotected sex could also help.

Then there’s vaccines. High vaccine uptake by the contacts of Ebola patients, and the contacts of these contacts could help ringfence those at the highest risk of disease, not only providing them with short-term protection, but potentially preventing future outbreaks as well.