Stories from the community
Cross-postsOutbreaksEbolaCOVID-19

Ebola in Uganda: why women must be central to the response

As with Ebola, it is often only when the harm is done that people working on the response realise health emergencies disproportionately harm women. 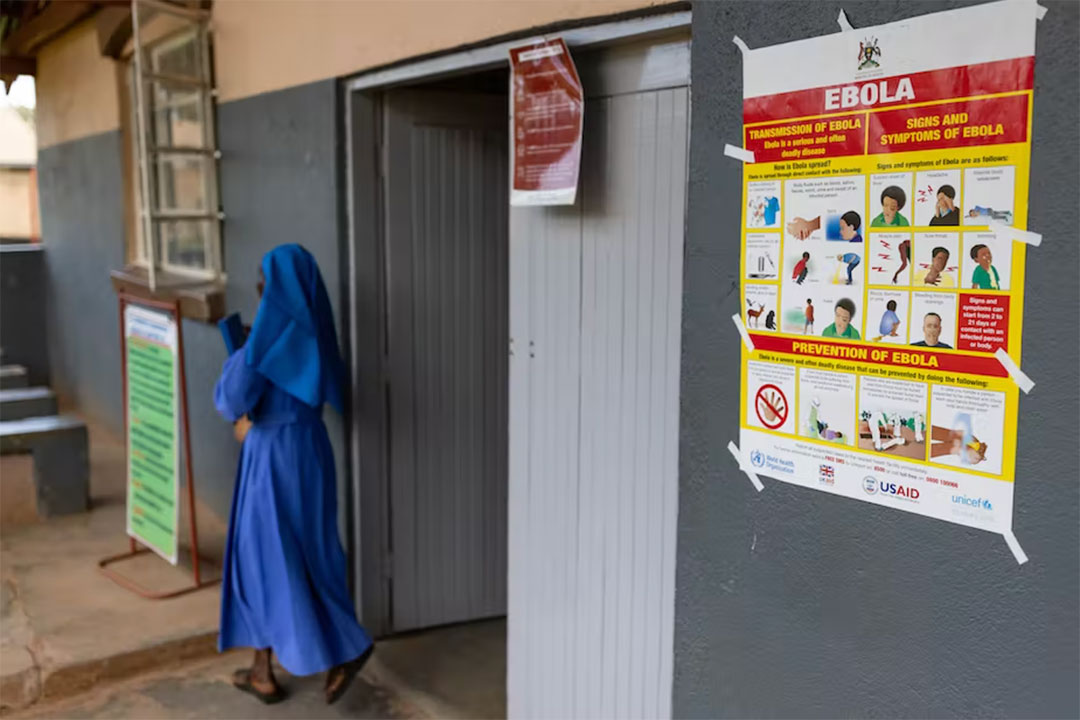 Women need to be involved at every level of decision-making. Luke Dray/Getty Images

“No time for that” was the constant refrain heard by gender and women’s health experts working in the 2014/16 Ebola response. This was an emergency and the main thing was to deal with the crisis.

It was the Guinea, Liberia and Sierra Leone outbreak of Ebola that signalled what was to come for women around the world in the COVID-19 outbreak. Quarantines saw a rise in domestic and intimate partner violence. Girls were banned from school when they returned pregnant. Fear of health centres and hospitals and closures led to increases in other health issues. More women died from maternal mortality than from Ebola.

In early 2020 I worked with women around the world to raise the flag of the potential gendered impact of COVID-19. But few people wanted to listen. No time for that. As with Ebola, it is often only when the harm is done that people working on the response realise two crucial things. First, health emergencies do immediate and long term harm to women, disproportionately. And second, women are essential to responding to health emergencies.

Ebola outbreaks are scary. We’ve come along way from 2014/16 and the Ugandan government is doing all the right things – alerting the world, contact tracing, protecting frontline health workers, working with traditional healers, and working on communications to avert stigma. But there is a real risk that once again the issues that affect women and girls during a health emergency will be missed.

“Lessons learned” is a tired global health trope. But when it comes to the impact on women, we need to take action and here’s how.

5 steps to take to centre women

First, no-one likes lockdowns. But quarantines and lockdowns are specifically a feminist issue. They harm women and put an increased burden on their time and labour. If necessary, any quarantine measures should be accompanied by a full support package for vulnerable women. This means the government needs to be working with the women’s sector, particularly those working on violence against women from the onset – not as an afterthought. Any quarantine measures need to be met with full social and welfare support. International donors need to support the Ugandan government to make this work.

Third, everyone involved in the Ebola response should have training to detect and report sexual exploitation and abuse, including the international community. We do not want a repeat of what happened in the Democratic Republic of Congo – what experts called the worst case of sexual exploitation and abuse in UN history – where 82 alleged perpetrators, 21 with direct links to the World Health Organisation, were accused of the abuse and exploitation of girls and women – as young as 13.

Health emergencies bring a mass influx of resources to a vulnerable situation: this is ripe territory for exploitation. Tackling abuse and exploitation should never be an afterthought; often thought about when it is too late. Instead, it should be addressed as an ever-present risk when responding to health emergencies.

Fourth, we need good data. During the Ebola outbreak in 2014/16 I developed the idea of women being conspicuously invisible. They were everywhere in frontline community health work – but were totally invisible in decision-making or official data. Data should detect not only where and how Ebola is spreading but who is most vulnerable. This means counting how many men and how many women are getting and dying of Ebola. Data informs what measures need to be put in place to help people. Sex disaggregated data is not perfect (most systems fail to account for non-binary people for example), but it is a start.

Finally, and I cannot stress this enough: women need to be involved at every level of decision-making. From the high profile Jane Ruth Aceng, Minister of Health in Uganda, to the contact tracing teams, to the surveillance squads. Women leaders do not necessarily mean greater representation of women’s issues or women friendly policies. However, given that the health sector is highly feminised, women must sit around the tables that matter.

Learning from the past

I’ve seen at first hand the harm that health emergencies did to women in Sierra Leone in the 2014/16 outbreak.

When I started shouting about it during the COVID-19 response, “No time for that” was accompanied by, “Where’s the evidence and data?”.

Thanks to tireless work and mobilisation of gender and global health experts around the world, we have the evidence that health emergencies harm women. Now we must act so that this does not happen again in Uganda.

Queen Mary University of London provides funding as a member of The Conversation UK.