The science behind COVID-19
EducationalExplainerVaccine development

How are vaccines made?

There are a broad range of different types of vaccine, but one thing they usually have in common is that they are inherently biological. That means that often their ingredients need to be grown. 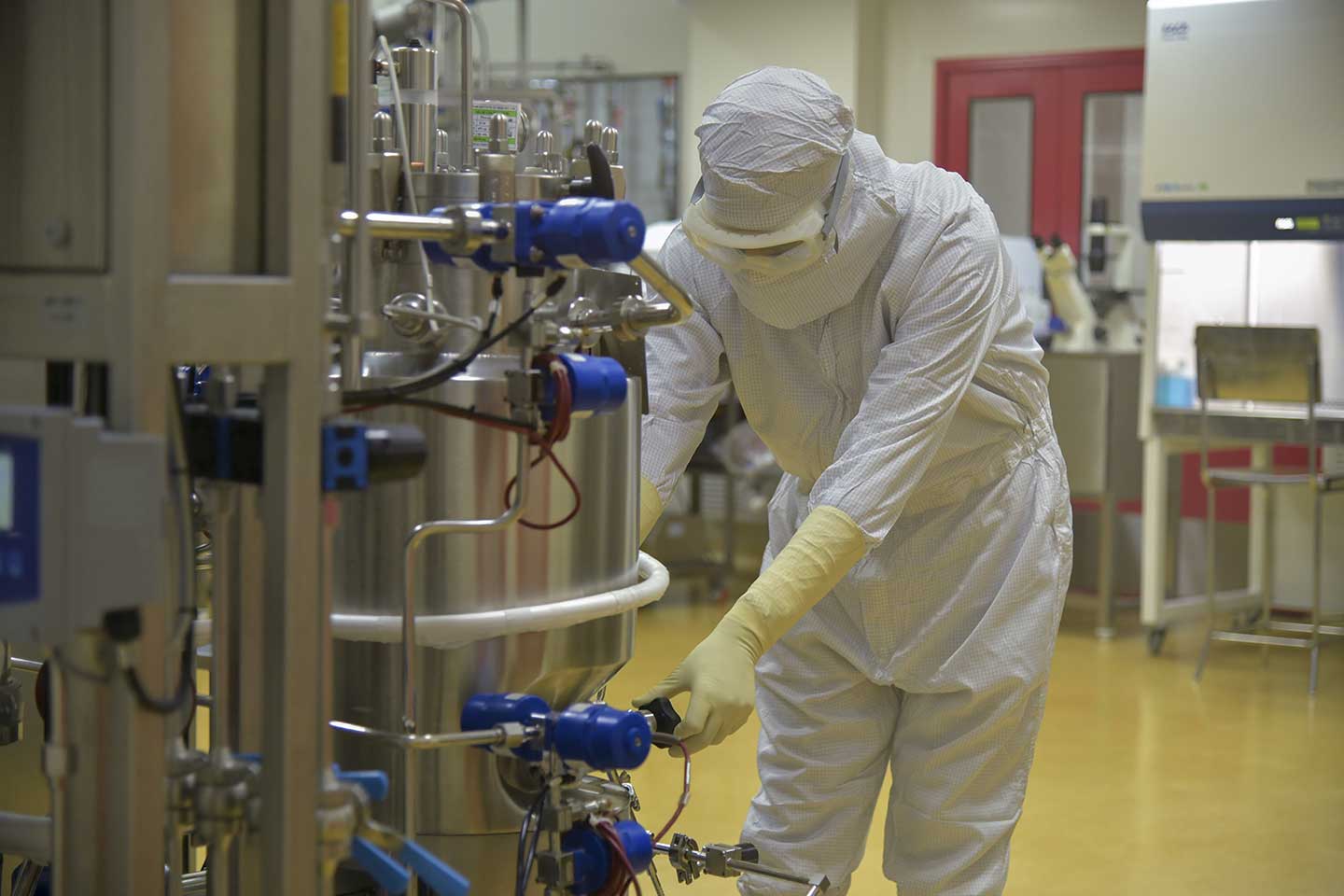 Many vaccines need to be grown

Vaccines are made up of whole bacteria or virus, or parts of them, often a protein or sugar. These active components of the vaccine, called antigens, are what trigger an immune response when in the body. Since vaccines are biological products, most conventional viral vaccines need to be grown on biological material, such as chicken eggs with influenza vaccines, mammalian cells with hepatitis A vaccines, or yeast for hepatitis B vaccines. The process is fairly laborious and slow. With flu vaccines, for example, the live virus is injected into an embryonated egg, and then once the virus has replicated, the viral material is collected, purified and inactivated. Newer RNA vaccines can be produced from a DNA template; this can be much cheaper and faster than conventional vaccine production.

Vaccines contain complex biological molecules that can be inherently unstable and prone to degradation if left on their own. Because of this, vaccines normally also contain a few additives to help the vaccine stay safe and effective on their long journey from the manufacturing plant to their point of use. These additives include ‘preservatives’ that stop the vaccine from being contaminated once the vial has been opened and ‘stabilisers’ that stop any chemical reactions from happening. Stabilisers might be a sugar (e.g. lactose) or gelatin. Next are ‘surfactants’ – these stop the components of the vaccine from clumping together. ‘Diluents’ are liquids used to dilute a vaccine to the correct concentration, and the diluent most often used is sterile water. ‘Residuals’, meanwhile, although they are not deliberately added to vaccines are leftover traces of the ingredients used to make the vaccine, and can include yeast or egg protein. Some vaccines need ‘adjuvants’ that boost the immune response to the vaccine, either by ensuring the vaccine stays at the injection site for longer or by stimulating local immune cells. Using adjuvants can mean that a lower dose or fewer doses of the vaccine need to be used. Aluminium, which is safe for humans in the quantity that exists in a vaccine, is a common adjuvant.

Many conventional vaccines use whole viruses to trigger an immune response. Live attenuated vaccines such as the measles-mumps-rubella (MMR) vaccine use a weakened form of the virus that can still replicate but are unlikely to cause disease. Inactivated vaccines such as hepatitis A use viruses whose genetic material has been destroyed (sometimes referred to as ‘killed’) so they cannot replicate.

Nucleic acid vaccines use genetic material – either DNA or some forms of RNA – to provide cells with the instructions to make the antigen. Some of the new COVID-19 vaccines use messenger RNA technology.

Viral vector vaccines also contain genetic material that give our cells instructions to produce antigens. They use a harmless virus as the ‘vector’ or carrier – which is different from the one the vaccine is targeting – to deliver these instructions into the cell. An example is the rVSV-ZEBOV Ebola vaccine.

These use one or more antigens – such as a protein or sugar – to trigger an immune response to the germ. Conjugate vaccines for example combine a weak antigen carried by a strong antigen to ensure a stronger immune response. An example is the recombinant hepatitis B vaccine containing a surface antigen.

Toxoid vaccines, such as the tetanus vaccine, use controlled amounts of a toxin made by the germ. They create immunity to the disease-causing parts of the germ instead of the germ itself. That means the immune response is targeted to the toxin instead of the whole germ.

How do we look for potential vaccines?

Scientists might look for vaccine candidates by first looking at vaccines that work for similar diseases, or they might look through libraries for potential pathogenic proteins that could trigger a strong immune response. Scientists must balance the ability of a protein to prime our immune systems with its likelihood to withstand mutation. If pathogens evolve to form new strains, proteins that were once vaccine targets may no longer be present, and this  may render the vaccine ineffective. Looking for core proteins may guard against this. This process once took months or years, but now advanced bioinformatic tools, powered by supercomputers, scan and analyse these proteins in days. Artificial intelligence (AI) technology is also starting to be used in ways that could radically change the speed at which potential vaccines are created. This could be extremely important for vaccines against bacteria or viruses that are rapidly evolving, rendering vaccines less effective against them. The global databases that are being mined have been constructed over years, with scientists around the world compiling and inputting information on various pathogens.