Vaccines prevent millions of deaths every year by harnessing the body’s immune system to create defences against future infection. But how exactly does this work? 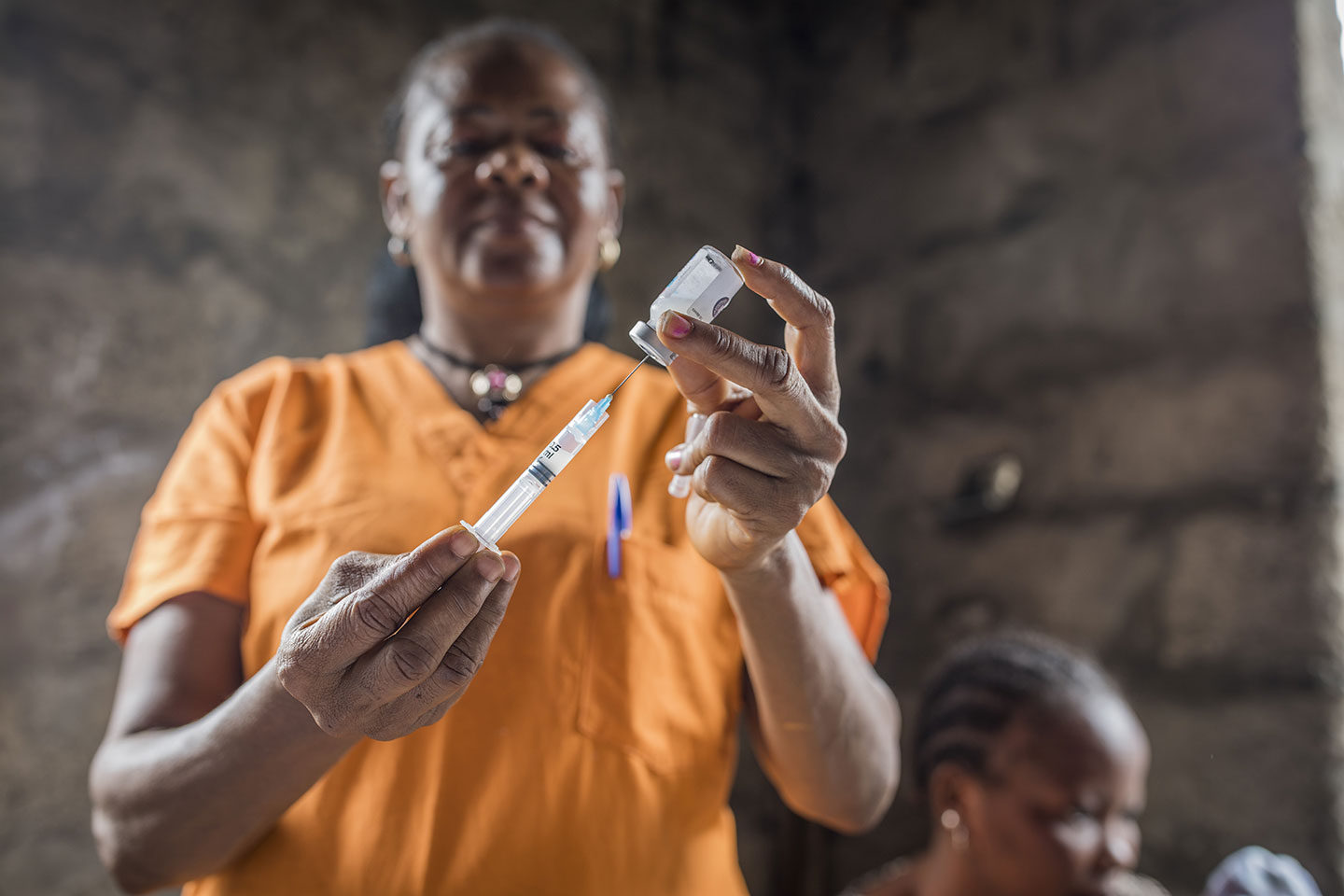 Vaccines are a proven way of preventing disease. Through vaccination programmes we have managed to eradicate smallpox and are within reach of doing the same against polio. But how do vaccines work?

To understand how vaccines work, it is useful to first look at the immune system. Different cells in the immune system have different jobs, but two important roles are identifying invading pathogens, such as viruses or bacteria, and destroying them. These are identified by cells in the human body called lymphocytes, whose job is to look for potentially harmful cells or molecules and remember what they look like. They do this by identifying specific markers on their surface, called antigens.

One way lymphocytes do this is by producing antibodies, which are proteins that match the shape of antigens like a key for a lock, binding to them to flag their presence to the rest of the immune system. If enough antibodies attach themselves to the pathogen, they can neutralise it by effectively smothering it. Failing that, other immune cells can get involved and help destroy the pathogen.

Antibodies continue to circulate in the blood even after the threat has passed, so that when the body next encounters the same pathogen, the body can quickly identify it and respond. This ability of the immune system to remember a pathogen after seeing it once is the basis for vaccination.

Vaccines work by training the immune system to recognise and fight pathogens such as viruses or bacteria.

The idea behind vaccines is to ‘train up’ the immune system by showing it a version of a pathogen that won’t harm the body, or just part of a pathogen containing antigens. This can trigger enough of an immune response to produce protective antibodies. There are four main types of vaccines, and they all work slightly differently.

The term ‘live’ refers to the fact that the vaccine contains a version of the pathogen that is active, but importantly, in a very weak form that is unable to cause disease. This means the lymphocytes can learn what the antigen looks like and produce antibodies for future encounters. Meanwhile, the person who received the vaccine remains safe from infection.

This type of vaccine is used for many diseases common in childhood, like measles, mumps and rubella.

Since live attenuated vaccines produce a strong immune reaction, they aren’t suitable for people with compromised immune systems, such as people undergoing chemotherapy or people with AIDS.

Inactivated vaccines contain either dead versions of the antigen, or they might contain only small parts which cannot cause the infection on their own. The immune system can launch a defence having learned to recognise just a small part of the antigen.

This type of vaccine tends to trigger a weaker immune response than live vaccines, and therefore results in shorter lasting immunity, so people usually need a booster dose after a few years.

However, compared with live vaccines which are less stable and require refrigeration, inactivated ones are more stable and less likely to need refrigeration – which can be important in low- and middle-income countries where electricity supply can be erratic.

Examples of dead inactivated whole viral vaccines are those against hepatitis A, rabies and some influenza vaccines.

Unlike live or inactivated whole vaccines, there is no guarantee that even if these vaccines trigger a response, that the body will remember that response. Newer subunit vaccines have been developed to overcome this. A conjugate vaccine, for example the pneumococcal conjugate vaccine, uses a strong antigen combined with a weak antigen to trigger a stronger immune response. These are often used to prevent bacterial infections.

Recombinant vaccines don’t start with the antigen. Instead they work by introducing the DNA that encodes an antigen into the body and then uses the host’s own cells to produce antigens, which then trigger an immune response. Polysaccharide vaccines are made up of long chains of sugar molecules that make up the surface capsule of certain bacteria – this is what triggers an immune response in the body.

The fourth type, toxoid vaccines, are used specifically for diseases caused by bacteria such as tetanus or diphtheria. The vaccine is made from the toxin produced by the bacteria. In the vaccine however, the toxin is made harmless by chemical or heat treatment. This version of the toxin, called a toxoid, is harmless, but the lymphocytes can still recognise them as an invader and prepare the immune system to defend against the toxin in future.

Herd immunity has been discussed as a way to protect people against COVID-19, but most countries have shifted from that way of thinking. Because in order to achieve herd immunity, the number of people that would need to be infected, and the number that would potentially die, would be incredibly high. Even now, with the pandemic raging around the world, only 10% or less have antibodies to the virus. To ensure herd immunity, an estimated 60% at least would need to be immune to COVID-19. And it is still not clear how long immunity from COVID-19 infection lasts.

Vaccines in all these different forms have changed the world by reducing the risk of infectious disease. It is estimated that immunisation prevents 2 - 3 million deaths every year, achieved by harnessing the power of our own bodies to keep us safe and healthy.