How far away are we from a new TB vaccine? 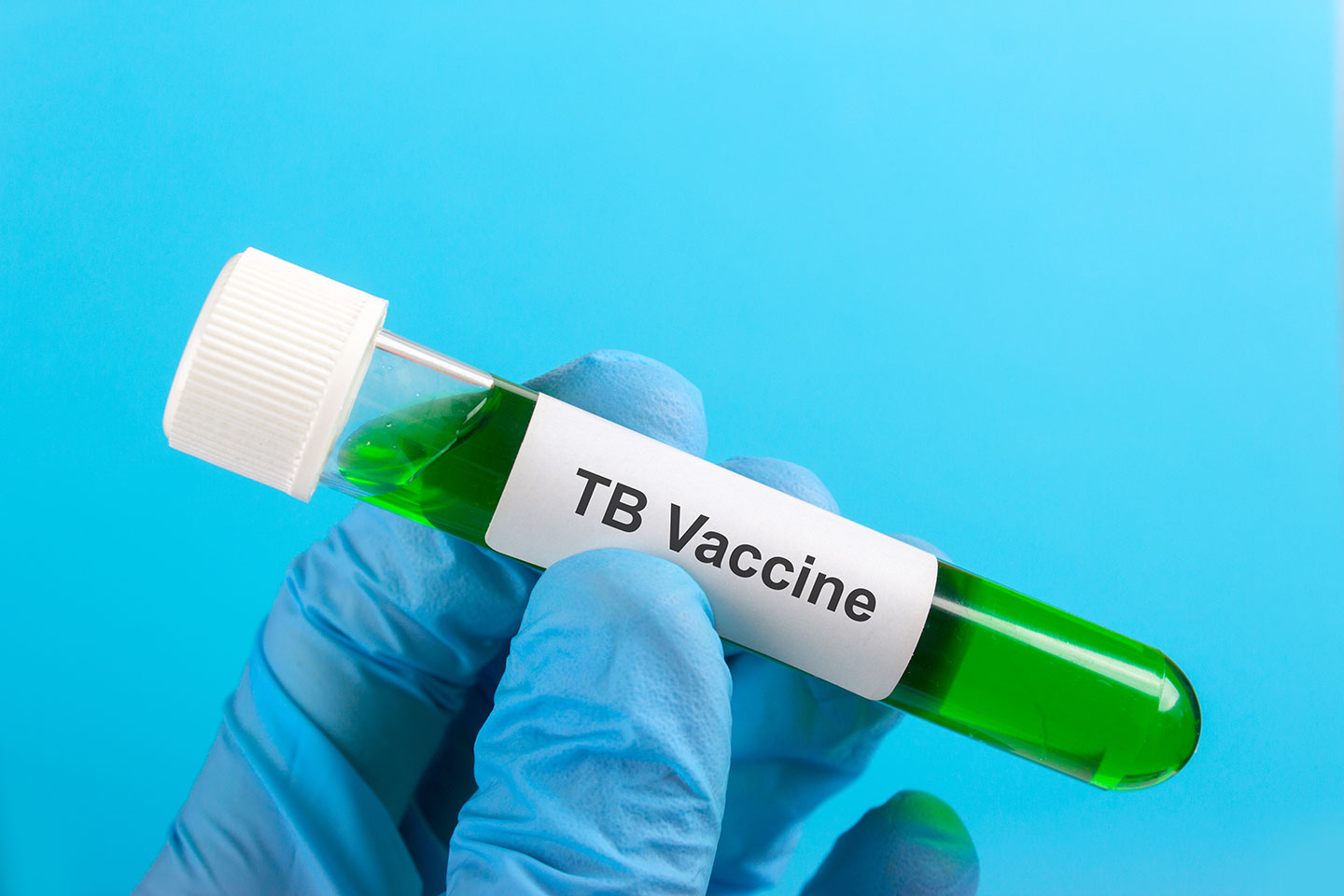 One hundred years ago, a vaccine based on a weakened form of the bacterium that causes tuberculosis (TB) was given to a French infant, whose mother had died of TB shortly after his birth. This was the first use of the Bacillus Calmette-Guérin (BCG) vaccine – still the only licensed vaccine against a disease that has plagued humankind for thousands of years.

Named after the French scientists who developed it, the BCG vaccine is usually given in infancy, and provides protection in childhood against pulmonary TB that affects the lungs, and a high degree of protection against other fatal forms of the disease in children.

Despite universal vaccination of neonates and infants in TB-endemic countries, Mycobacterium tuberculosis still kills more people worldwide than any other infectious pathogen – approximately 1.4 million deaths each year. Approximately a quarter of the world’s population is infected with it, of whom 5-10% will develop TB disease during their lifetimes. TB is also a major driver of antimicrobial resistance; an estimated 3.3% of new TB cases and 17.7% of previously treated cases in 2019 were drug-resistant. Although improved diagnosis and treatments are helping to reduce deaths, TB remains a major economic burden and a key driver of global inequity – not to mention causing immense human suffering.

Named after the French scientists who developed it - Albert Calmette and Camille Guérin - the BCG vaccine is usually given in infancy, and provides protection in childhood against pulmonary TB that affects the lungs, as well as a high degree of protection against other fatal forms of the disease in children. However, the BCG vaccine does not prevent children from becoming infected with or transmitting mycobacteria, nor does it protect adolescents or adults against TB disease.

There is therefore an urgent need for a safe and more effective vaccine, particularly if countries are to meet the World Health Organization’s (WHO) targets of reducing TB deaths by 95% and TB infections by 90% by 2035. Vaccines are also our best hope for containing the spread of multi-drug resistant TB, which is a growing problem in many countries.

One challenge is that mycobacteria can colonise our lung cells and then become dormant, making them less susceptible to antibiotics, only to later reactivate and trigger disease. Mycobacteria have also evolved various mechanisms to evade recognition by immune cells. So, unless a vaccine prevents or eradicates existing infections, a vaccinated person may still develop TB disease in later life.

The immune response triggered by the BCG vaccine is also relatively weak, and the reasons for this are still not fully understood. Even so, two recent scientific advances have energised the field.

The first are encouraging results from a phase 2 trial conducted in South Africa, which suggested that revaccinating adolescents with a booster dose of the same BCG vaccine that they received as infants was 45% efficacious at significantly reducing sustained TB infections – meaning that if they were infected, more of them were able to clear the bacterium from their bodies. In the same trial, use of an experimental subunit vaccine called H4:IC31 as a second dose did not demonstrate efficacy against the reduction of sustained infections compared to BCG revaccination. Researchers are following up these findings in additional clinical trials investigating BCG revaccination.

Researchers are also investigating whether injecting the BCG vaccine directly into the bloodstream, rather than into skin or muscle, could boost protection against TB disease, particularly in the lungs. A recent study in macaque monkeys suggested that such intravenous vaccination triggered the development of more immune T cells primed against M. tuberculosis than other delivery methods. When the same animals were exposed to the bacterium six months later, nine out of ten of those injected intravenously were highly protected against disease, and six showed no detectable signs of infection. Those vaccinated via the skin or using an inhaled form of the vaccine did show signs of infection.

Another exciting development is clinical trials of an experimental subunit vaccine called M72/AS01E, comprised of two M. tuberculosis protein fragments known to stimulate an immune response which have been fused together. This “fusion protein” is injected alongside an adjuvant to help boost the immune response. In a phase 2b trial conducted in Kenya, South Africa and Zambia – countries with large numbers of TB infections – the vaccine was found to protect adults already infected with M. tuberculosis against TB disease for at least three years, with an efficacy of 50%. A larger phase 3 trial is still needed, and the vaccine should also be tested in people with no previous TB exposure, those with HIV infection and children.

However, “this result, unprecedented in decades of TB vaccine research in terms of clinical significance and strength of evidence, constitutes an important scientific breakthrough,” the WHO said in response to these findings.

The WHO emphasised that additional evidence around the social, economic and population health benefits of new TB vaccines would be needed to inform their effective introduction and implementation. However, with luck, and the right investment, it won’t take another hundred years to see a dramatic fall in TB infections.