Stories from the community
InnovationCOVID-19

How the planes of the future will create a healthier planet

The effects of climate change may lead to future pandemics. As the aviation industry looks to the future, cleaner fuels and electric planes will be key to reducing aviation’s impact on the climate. 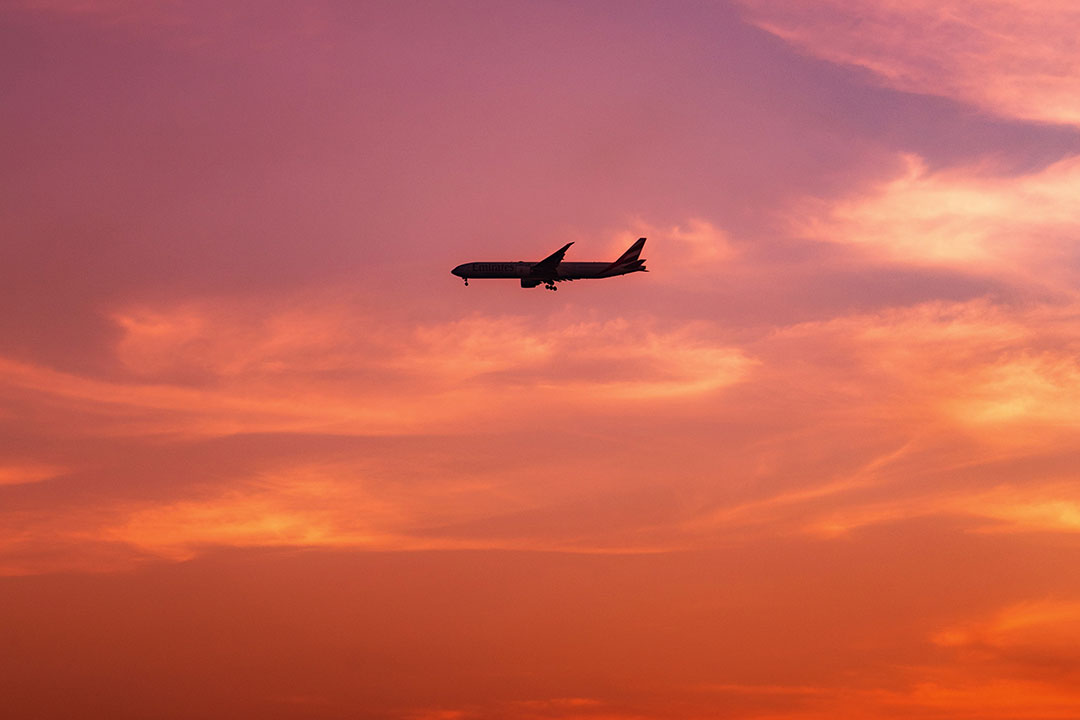 Plane in the twilight sky. Photo by Ramy Kabalan on Unsplash

The pandemic has thrown into sharp relief how vulnerable the world is to infectious disease, and it’s a growing threat. Although the origin of COVID-19 is still uncertain, a prevailing theory is that it is a zoonotic disease – one that passed from humans to animals via close contact. The threat of future pandemics are on the rise because of climate change: as habitats have been effected by rising CO2 levels in the atmosphere, animals have been forced to range closer to people, increasing the risk of contact.

“When a crisis like the pandemic arises, it’s a once-in-a-lifetime moment to ask as a corporation: what are we going to do to help fix this?”

The changing climate is posing health problems to people in other ways, too. Mosquitoes are appearing in new areas due to warmer and wetter conditions, bringing infectious diseases against which local populations have no immunity. And water scarcity is pushing communities towards unreliable water sources, increasing the risk of water-borne disease outbreaks.

The changing climate is undeniably a threat to human health. So, what can those industries that contribute to climate change do to help? We spoke to Gavi partners, the Aviation Coalition, about how their industry is taking steps toward making the future of air travel more sustainable.

Aviation has changed during the pandemic

The pandemic has hit the aviation industry hard: more than $370 billion dollars were lost from airline revenue in 2020. It has highlighted the interconnectedness of the aviation industry, the environment, and public health. Flight can spread infectious disease, but it’s also a vital part of supply chains that deliver vaccines and medicines to those in need.

During the pandemic, many aviation companies pivoted to deliver vaccines, manufacture PPE, and fly ventilators around the world. And for years the industry has been investing in longer-term research and development to reduce the industry’s impact on the climate and on health.

New technology is key to sustainability

Electric planes could do even more, as they can take energy from renewable sources rather than fossil fuels. Collins Aerospace has teamed up with Hybrid Air Vehicles and the University of Nottingham, UK, with the ambitious goal of creating the world’s first zero-emission aircraft. It’s not a plane, but the airship could demonstrate the power of electric air travel. It will replace fuel-burning engines with 500-kilowatt electric motors, with a fully functioning net-zero airship hopefully ready by 2030.

However, a stubborn challenge for electric planes remains the fact that fuel is simply more efficient at storing energy. With current technology, an electric battery with enough power to get a commercial plane across the world would be impractically big.

An innovation that’s more immediately applicable is hybrid electric technology. Pratt & Whitney Canada have been working on hybrid-electric propulsion technology – a system that allows propellers to be powered by fuel or electric power at different stages of flight. This could reduce fossil-based fuel use by up to 30%.

Sustainable fuel can help get us reach net-zero

Until electric planes become a reality, sustainable aviation fuel (SAF) could provide an alternative to fossil fuels. Current SAFs tend to use waste from other industries – such as waste cooking oil. Once treated, fuel produced from this waste oil can be mixed with traditional aviation fuel, so a plane can be at least partly driven by this eco-friendlier source.

Some SAFs have been shown to reduce carbon emissions by 80%, compared to fossil fuels. Reducing emissions is a key goal for governments and industries around the world, as they struggle with the unprecedented emergency posed by our warming world.

It’s not just physical technology that will improve the impact of air travel on the planet and on our health. Aviation businesses are using data about planes, journeys, and passengers to improve fuel efficiency and educate travellers on their carbon footprints.

Aviation partners SMBC Aviation Capital use data to undertake their own annual carbon audit, which informs offsetting to reduce their overall carbon footprint. App in the Air provide an all-in-one app for travellers to track their journey. Their approach to improving sustainability is focused on providing customers with detailed data about their carbon footprint, and creating flight search filters that enable customers to choose more eco-friendly routes.

“The aviation industry has an impact on climate change, and with that comes responsibility to drive change within the industry. We want to provide all the information possible to help our users make decisions on how to travel best,” says Anita Loomba, Director of Marketing at App in the Air.

Collins Aerospace is also using data, this time environmental insights, which can be used to predict weather patterns and help pilots plan routes or re-routes accordingly. This reduces the need to backtrack or take circuitous routes that can waste fuel and increase the emissions of a given flight.

While many of the innovations outlined above gaze into the future, the aviation industry is also taking steps right now to help alleviate some of the negative effects of climate change on people’s health.

In 2021, as vaccine rollouts began across the world, the Aviation Coalition was formed from four organisations – Pratt & Whitney, Collins Aerospace, SMBC Aviation Capital, and AerCap (with App in the Air joining later in the year). Each company put financial support towards the COVAX AMC, a scheme to ensure access to vaccines for low- and middle-income economies. The sector felt compelled to help.

“We want to make sure that we’re giving back to the communities in which we operate,” says Adriana Johnson, Head of Corporate Social Responsibility at Collins Aerospace. “Because, as aviation, our community is ‘the globe’. When a crisis like the pandemic arises, it’s a once-in-a-lifetime moment to ask as a corporation: what are we going to do to help fix this?” 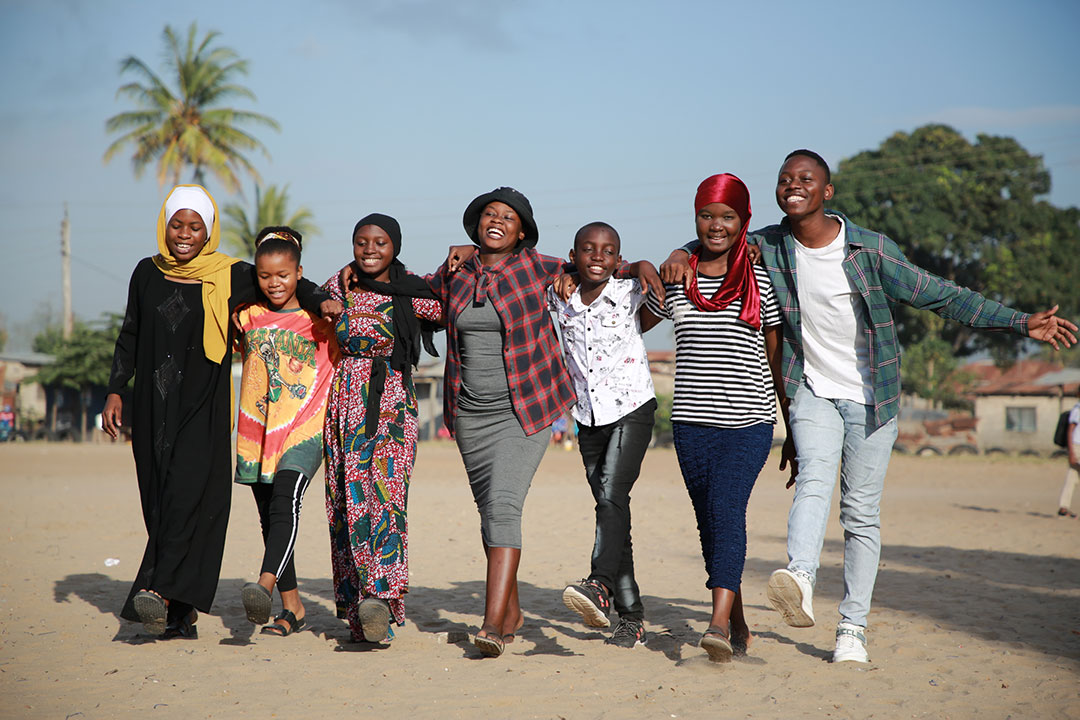 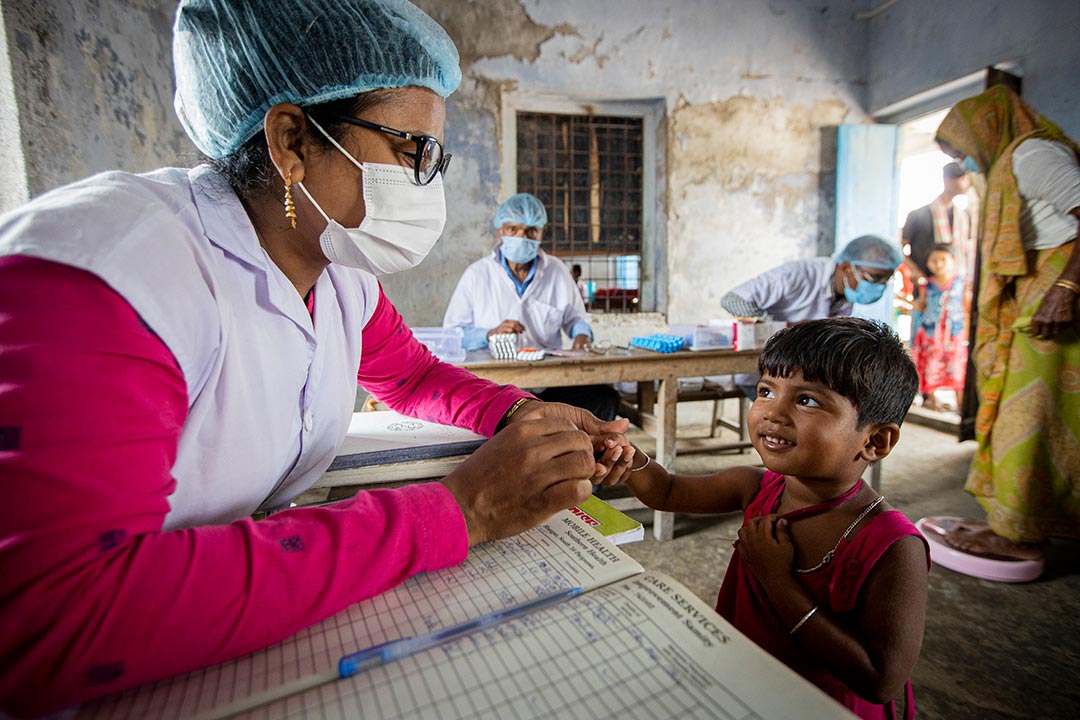