How unequal access to vaccines could threaten climate negotiations

Wealthy countries have given their citizens third booster doses, yet have so far failed to ensure that those in less well-resourced nations are also protected; experts warn this inability to respond to a shared crisis could threaten climate negotiations. 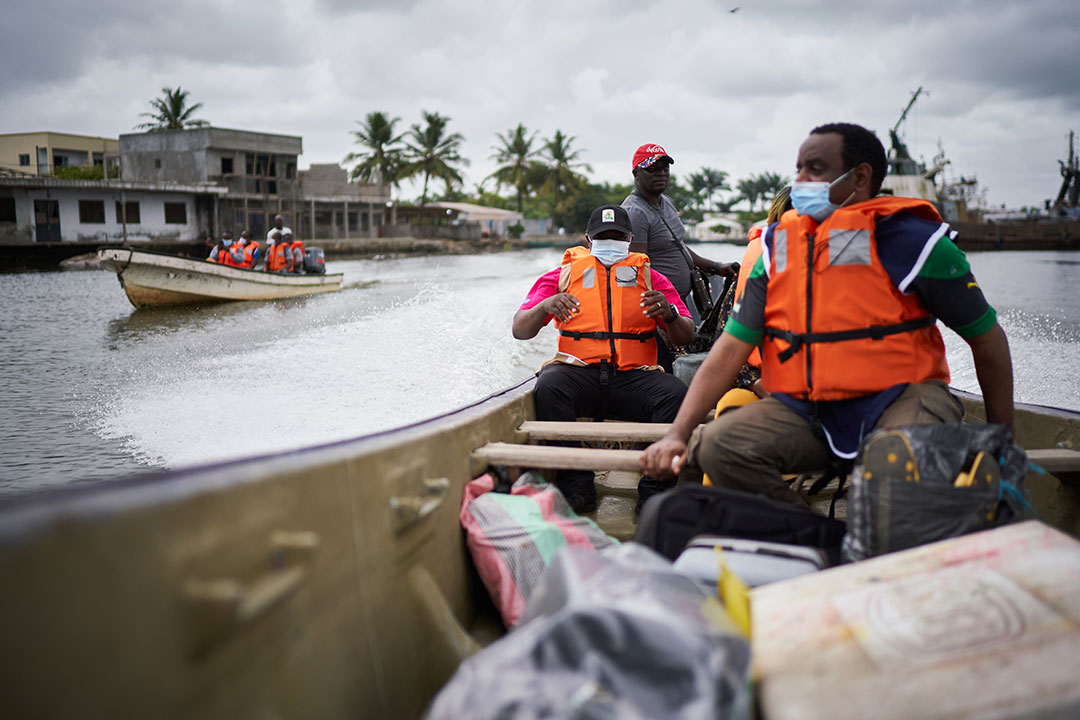 Manoka Island, off the coast of Douala, is in fact a group of wet mangrove islands, totally isolated. The only access is by boat, there is only one generator on the island. – Gavi/2021/Christophe Da Silva

For many people in low- and middle-income countries, the devastating health effects of the pandemic have come on top of environmental, socioeconomic or health crises that were already taking a heavy toll. In much of the global South, havoc caused by climate change in terms of flooding, drought and extreme heat are already a reality. Famine, disease and population displacement have resulted. The failure of rich countries to support vulnerable countries adequately could threaten negotiations over global issues such as climate change, warn experts.

Climate experts had predicted that the lack of global solidarity shown by wealthier countries in dealing with a shared crisis would create tensions at the Climate Summit in Scotland in November 2021, and indeed this is how it played out.

The World Economic Forum’s Global Risks Report 2022, an analysis of key risks from current economic, societal, environmental and technological tensions, describes how developing economies (excluding China) will have fallen 5.5% below their pre-pandemic expected GDP growth by 2024, whereas richer economies will have overtaken expectations by 0.9% – widening the global income gap.

This economic inequality comes as a staggering 3.6 billion people, mostly in low- and middle-income countries, are yet to receive their first dose of COVID-19 vaccine. Although the COVAX facility to supply COVID-19 vaccines to those in less well-resourced countries has been working to redress the inequity and has delivered more than one billion doses now, supply challenges hampered the distribution of doses in the beginning. More critically, COVAX relies on wealthy countries donating sufficient funds, as well as doses, to get vaccines from manufacturing plants into the arms of people in countries that need them most.

Lack of access to COVID-19 vaccines is not the first example of vaccine inequity. In lower-income countries with a high burden of infectious disease, more than 13 million children never receive a single dose of essential childhood vaccines against diseases such as polio or measles – these are the so-called ‘zero dose children’. Although Gavi and partners have made great strides over the past two decades in redressing this inequity in access to vaccines worldwide, there is still a way to go before the poorest nations are on par with the wealthiest.

Climate experts had predicted that the lack of global solidarity shown by wealthier countries in dealing with a shared crisis would create tensions at the Climate Summit in Scotland in November 2021, and indeed this is how it played out.

High-income countries were called on to compensate less well-off countries for the climate-related losses they are bearing that were mostly caused by industrial development in rich economies. Most wealthy countries did not support this. Not only that, many rich countries have reneged on promises made over a decade ago to offer financing to help vulnerable countries develop renewable energy sources and clean transportation.

Less developed countries, meanwhile, refused to sign up to an accelerated phasing out of the use of fossil fuels, arguing that they have a right to use them just as rich countries did, and are still doing.

WEF’s report ranks climate action failure, extreme weather and biodiversity loss as the three most potentially severe risks for the next decade. The environmental catastrophe is no longer looming: it has already begun. Despite this, post-COVID-19 recovery has largely ignored long-term planning for a green future in favour of short-term gains, says the report.

Government finances are under more pressure than ever, and in many countries there are insufficient incentives for households and businesses to invest in ‘net zero emission’ technologies and there are few penalties for this failure to do so. In addition, there has been a slow uptake of new technologies such as low-carbon energy generation and carbon capture and storage, and households continue to overconsume carbon-intensive products and services.

Responding to multiple threats is overwhelming for most countries, especially those heavily impacted by the pandemic and climate change simultaneously, but there are variables that are within our control, say experts – making COVID-19 vaccines available to all who need them, committing to providing technical and financial support to countries who need to weather environmental disasters, and supporting economic recovery. There is very little alternative.