“This country belongs to all of us”: Vaccinating internal migrants in Nigeria

For those who migrate within Ondo State, Nigeria, access to immunisation has been complicated by the shift in focus to COVID-19. 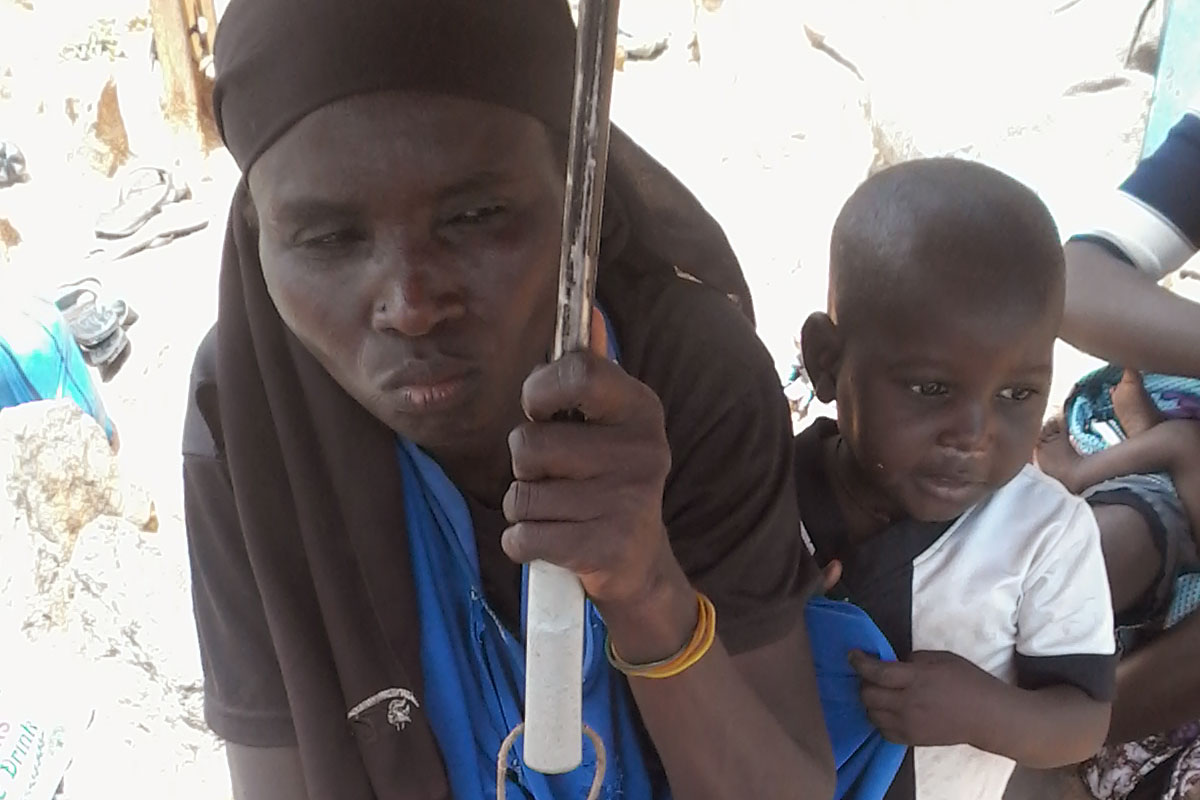 Not unlike many babies born in villages around Dutse, northern Nigeria, Aishat Suleiman’s son Sule was born at home. Aishat lived on a farm, beyond the reach of an established health care facility.

When her baby was in need of medical attention, Aishat took her baby to a traditional healer. “I took Sule to Alhaji Maigaji for treatment,” she says. “It’s what my mother did. It’s what my grandmother did.”

The traditional healer prescribed herbs for the baby, but not Bacille Calmete-Guerin (BCG), polio or DTP (diphtheria-tetanus-pertussis) vaccines, which he was in need of. The timing couldn’t have been worse. As Jigawa was gradually reversing its status as a ‘low immunisation coverage’ area, COVID-19 hit, the state imposed a lockdown and routine immunisation activities nosedived.

“We had to train our health care workers. We had to raise awareness at various media houses to sensitise people about COVID-19”

While, to the credit of the government, hospitals remained open for babies who needed to be immunised, financial conditions and distance made it difficult for mothers like Aishat to take their babies through. Life was made harder because her husband wasn’t around either.

Aishat says, “Abdullahi went to get some farm work at Dutse for our survival.”

With her husband not around, Aishat and Sule were faced with destitution. Aishat traveled to Akure, the Ondo State capital, hoping that her fortunes would change and she would be able to have Sule immunised.

But COVID-19 had adversely affected Ondo State’s immunisation programme. “Before COVID-19, health officials and nurses went around homes, churches, mosques, and hard-to-reach places such as Shasha,” says Kemi Olatunde, a journalist covering health at the Ondo State Government-owned newspaper. “But with COVID-19 raging like a wild-fire, the immunisation programme stopped.”

“We had to concentrate on overcoming our challenges as regards COVID-19,” says Dr Victor Adefesoye, the coordinator of the Ondo State Primary Health Care Programme.

“We had to train our health care workers. We had to raise awareness at various media houses to sensitise people about COVID-19,” he adds.

As a result of health care workers directing their attention to the management of COVID-19, most outreach routine immunisation initiatives suffered and, in some instances, stopped.

To address this, the state government has linked routine immunisation to its COVID-19 outreach programme, which creates an unusual challenge for people like Aishat, who have migrated from other parts of the state. Whereas, before COVID-19, it wasn’t as stringent, Aishat learned that the state government had become stricter with its immunisation activities in hospitals, for example, women with children now needed certain documentation before they could immunise their children. Considering Sule was born at home and, therefore, had no documentation, Aishat wasn’t bold enough to approach the hospitals for immunisation.

“To solve this problem migrants should explain themselves whenever they arrive,” says Abdulhakeem Yayi Akorede, the Chief Imam of Akure Kingdom, who often takes care of people like Aishat. “They shouldn’t be shy about raising their problems concerning immunisation. Also, government should include religious bodies in its programmes, so people like Aishat can be contacted and catered for by Muslim religious leaders. Facilities should cater for them.”

The state government is learning from previous lessons and plans to include migrants in its subsequent immunisation programmes, with health workers, and traditional and religious leaders collaborating to increase awareness and access to migrants.

“They should listen to the radio shortly,” says Adetuyi Shulanmite, a community health extension worker. “We’ll soon commence another round of mass vaccination. We’ll invite migrants too. We’ll make sure they’re included in the state’s programme. They should come out boldly. This country belongs to all of us.”