Lifesaving but unaffordable: pros and cons of the newest COVID-19 treatment

Antibody therapy reduces COVID-19 fatalities by a fifth, but remains inaccessible to many countries. 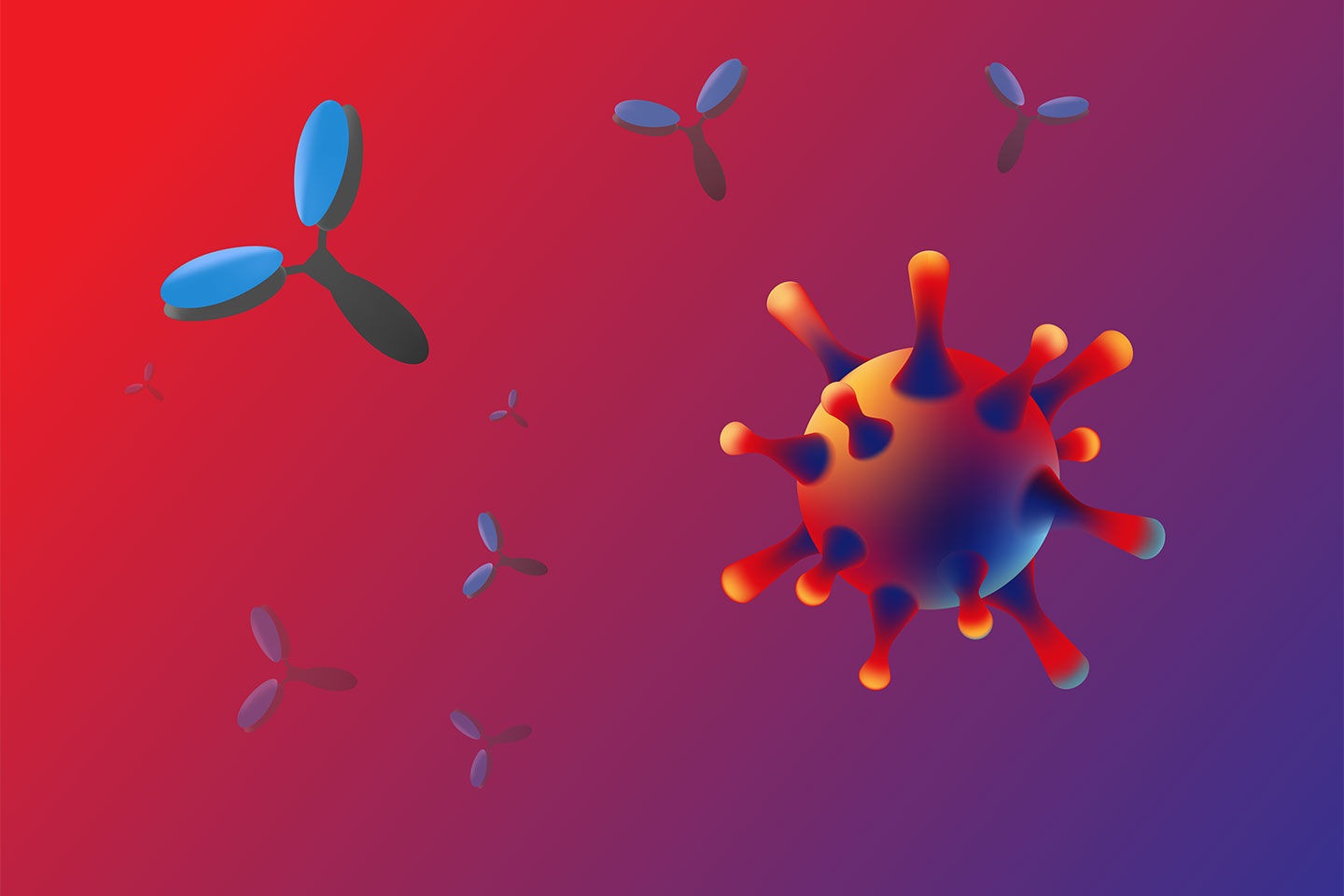 A cocktail of manmade antibodies that prevents coronavirus from infecting new cells reduces the risk of death among patients hospitalised with severe COVID-19 who have failed to mount a natural antibody response of their own. The antibody therapy, produced by US company Regeneron, is the third drug, after dexamethasone and tocilizumab, shown to help people infected with COVID-19 to recover.

Although the discovery of another drug that can reduce COVID-associated deaths is good news, its high price and limited manufacturing capability will put it beyond the reach of most low- and middle-income countries, not to mention low-income populations in wealthier countries, prompting calls for more equitable access. The evidence also suggests it will reduce the risk of death by a fifth and only in seronegative patients, meaning that the treatment may be restricted to priority groups.

"The absolute magnitude of benefit in mortality is not large, and it means that a large number of people have to be treated with the extremely expensive drug for a single death to be prevented," said Stephen Evans, Professor of Pharmacoepidemiology, London School of Hygiene & Tropical Medicine. “The calls for cheaper vaccines might be repeated for these drugs, which are essentially only available in very rich countries,” he added.

Regeneron’s drug, called Regen-Cov, consists of two man-made proteins called monoclonal antibodies that act like the natural antibodies found in the immune system. They bind to non-overlapping parts of SARS-CoV-2's spike protein in the critical region it uses to latch onto human cells, preventing new viral particles from infecting further cells. The combination of two antibodies, rather than one, reduces the likelihood of viral variants emerging that can resist treatment.

A previous study in non-hospitalised COVID-19 patients suggested that Regen-Cov could reduce viral load, shorten the duration of illness, and reduce the risk of hospitalisation or death. However, this is the first trial large enough to definitively determine whether it reduces deaths in patients hospitalised with severe COVID-19. The studies started by comparing antibodies against the spike protein from mice and patients who had recovered from COVID-19.

The RECOVERY trial, led by the University of Oxford, UK, is the world’s largest trial assessing the ability of various therapeutics to benefit patients hospitalised with suspected or confirmed COVID-19. A year ago, it found that dexamethasone – a low cost and widely available drug – could save patients’ lives.

The new trial involved 9,785 patients who were randomly allocated to receive either usual hospital care (either dexamethasone or tocilizumab), or usual care in combination with the antibody treatment. Of these patients, about a third were “seronegative” at the start of the trial, meaning that they had not developed a natural antibody response of their own against the virus. Such patients are twice as likely to die compared to “seropositive” patients who have produced an antibody response, even though some of them still become seriously ill.

The study, which has not yet been peer-reviewed, found that Regeneron’s treatment reduced the risk of death among seronegative patients by a fifth, meaning that for every 100 people treated, there would be six fewer deaths. Their hospital stay was also reduced by around four days, on average (median 13 days, compared to 17 days for the usual care group), and they were less likely to progress to needing mechanical ventilation to help them breathe. However, there was no significant benefit for patients who had mounted their own antibody response.

“It is wonderful to learn that even in advanced COVID-19 disease, targeting the virus can reduce mortality in patients who have failed to mount an antibody response of their own,” said Sir Peter Horby, professor of emerging infectious diseases at the University of Oxford, who co-led the trial.

However, he said that more must be done to make such drugs accessible, including scaling up manufacturing, and reducing the price. Regen-Cov currently costs around £1000 or £2000 per treatment, and has emergency authorisation for use in America, Brazil, Canada, the European Union and India. It remains an investigational drug, meaning that it can only be used in clinical trials, elsewhere.

More than 70 monoclonal antibodies are currently in development for the treatment and prevention of COVID-19, but this isn’t their only use. In September, a report by the International AIDS Vaccine Initiative and Wellcome, an independent global health foundation, highlighted the potentially transformative impact of such drugs for many existing and emerging infectious and neglected diseases, including Ebola and HIV.

However, despite 85% of the world’s population living in low- and middle-income countries, currently, 80% of the sales of monoclonal antibodies are in the US, Canada, and Europe. “This market imbalance represents a huge gap in access, one that is likely to grow as new monoclonal antibodies are poised to enter the market,” the report said. “As the COVID-19 pandemic has shown, no country is immune to the threat posed by emerging infectious diseases.

“If monoclonal antibodies prove to be effective for COVID-19, ensuring prompt, equitable and affordable global access to these products, as well as others, will be imperative.” Having the correct quality of hospital care to safely administer the intravenous drugs at scale will also be an important barrier to overcome.

Regeneron and Roche (the pharmaceutical company responsible for development and distribution of Regen-Cov outside the US) say they are collaborating to increase its global supply.