Mosquitoes: there’s malaria, plus 5 other diseases they pass on to humans

It is estimated that half of world’s population is at risk of being infected by an arbovirus. 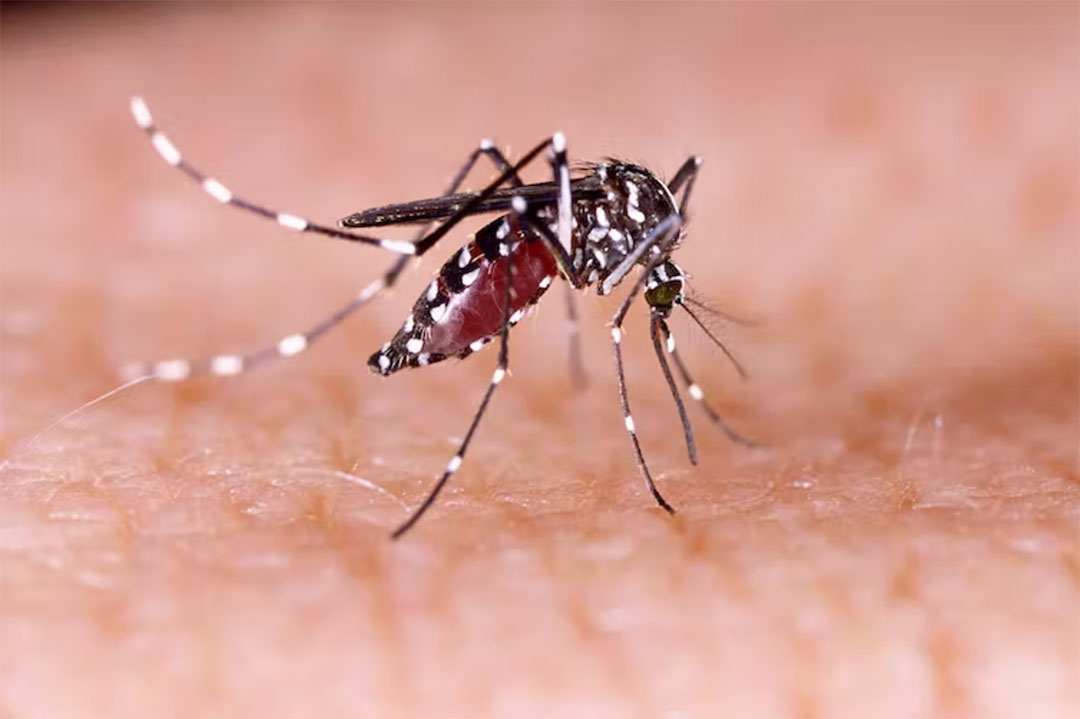 Most people instantly associate mosquitoes with malaria. But these tiny flying insects can transmit a number of other diseases too.

Five of the most important arboviruses affecting communities in Africa include the chikungunya, dengue, West Nile, yellow fever and Zika viruses. It is estimated that half of the world’s population is at risk of being infected by an arbovirus.

Some mosquito-borne diseases – but not all – can be fatal to humans. This confirms that every effort must be made to prevent being bitten by a mosquito and infected using both pharmaceutical and non-pharmaceutical measures.

The name chikungunya is derived from the Kimakonde language (used in Tanzania and Mozambique) and means “to become contorted”. The symptoms of chikungunya virus include headaches, a rash, fatigue, fever and muscle and joint pain. Generally these symptoms clear within a week. Occasionally, an infection can result in a severe fever and extremely painful joints, which can last for months or years, inducing a hunched, contorted appearance. Unfortunately, there are no antiviral or vaccine treatments available for chikungunya virus. Deaths from chikungunya are rare and are generally associated with other underlying health problems.

The chikungunya virus was first identified in 1952 during an outbreak in Tanzania. It is transmitted by Aedes aegypti and Aedes albopictus mosquitoes. Over 100 countries across the globe have reported chikungunya virus cases. The risk of outbreaks is extremely high wherever these mosquito species are present around homes and urban areas.

Female Aedes mosquitoes tend to feed just after sunrise and around sunset. They lay eggs that can survive drying out. This makes vector control rather challenging. Current control strategies focus on reducing the number of water containers that these mosquitoes like to breed in, the use of insecticides against adult mosquitoes and personal protection to prevent mosquito bites.

The World Health Organization has classified dengue virus as one of the top ten global health threats. It’s one of the fastest spreading mosquito-borne diseases. At least half of the world’s population is at risk of infection.

Like chikungunya virus, dengue is spread by Aedes aegypti and Aedes albopictus mosquitoes. Both viruses share the same control interventions and non-specific symptoms of headaches, a rash, fever and muscle and joint pain, so they are often misdiagnosed.

Most human cases of dengue are asymptomatic or present with mild symptoms, which last for two to seven days. In certain individuals, dengue virus progresses to severe disease and symptoms include persistent vomiting, bleeding gums or nose and enlarged liver. This must be treated as a medical emergency as these complications can be lethal. Dengue virus can be diagnosed using a rapid diagnostic test or a polymerase chain reaction (PCR) test.

But there is no treatment available. A vaccine has been developed and has been approved for use in a few countries – but is not widely available in Africa at present.

The Zika virus was identified in humans in the 1950s. But it only became a pathogen of major public concern in 2016 following the 2015 Zika virus pandemic. The virus is transmitted by Aedes aegypti and Aedes albopictus mosquitoes, and is generally non-lethal in humans. Most people infected with Zika virus do not show any symptoms. A few have non-specific symptoms like fever, rash, headaches, muscle and joint pains and conjunctivitis. These can last two to seven days.

Individuals infected with Zika virus while pregnant are at an increased risk of stillbirth, abortion, neurological disorders or delivering children with birth defects, including microcephaly. PCR testing can be used to diagnose Zika virus, but there is no treatment available.

Aedes aegypti and Aedes albopictus mosquitoes are also responsible for the transmission of yellow fever, so named because the virus causes jaundice (yellowing of eyes and skin due to impaired liver function).

Symptoms in mild cases include fever, headaches, chills, back pain, fatigue, jaundice, vomiting and bleeding from the mouth, nose, eyes or stomach. These generally clear within five days. Approximately 50% of the small number of patients who develop severe symptoms will die with 10 days of becoming infected. Yellow fever can be diagnosed by PCR or enzyme-linked immunosorbent assay (ELISA). Although there is no treatment for yellow fever, a very effective vaccine is widely available. A single vaccine dose provides lifelong immunity, so all individuals living in or travelling to areas endemic for yellow fever should take the vaccine.

The West Nile virus was first isolated from a woman in the West Nile region of Uganda. It is transmitted by mosquitoes belonging the genus Culex. The natural vertebrate hosts are wild birds. But the virus can be transmitted to a number of different animals, including humans, through the bite of an infected mosquito. Approximately 80% of the people infected with West Nile virus will not show any symptoms. Those who do become symptomatic have mild non-specific symptoms that include headaches, fever, tiredness, body aches, nausea, vomiting and, occasionally, a rash. A small proportion of symptomatic patients, however, develop severe disease. This is associated with neurological impairment, and can be fatal in extreme cases.

West Nile virus infection can be diagnosed by PCR or ELISA, with only supportive treatment available for neurological impairment. It has been suggested that people who are older than 50 or immunocompromised are at greater risk of severe infection. An integrated approach comprising water management together with chemical and biological interventions is needed to control the spread of the Culex vectors.