The Manoka Health District, a cluster of hard-to-reach islets in coastal Cameroon, is an immunisation blind spot: more than 90% of kids under two here have never had a single vaccine. Dr Nchinjoh plans to change that. 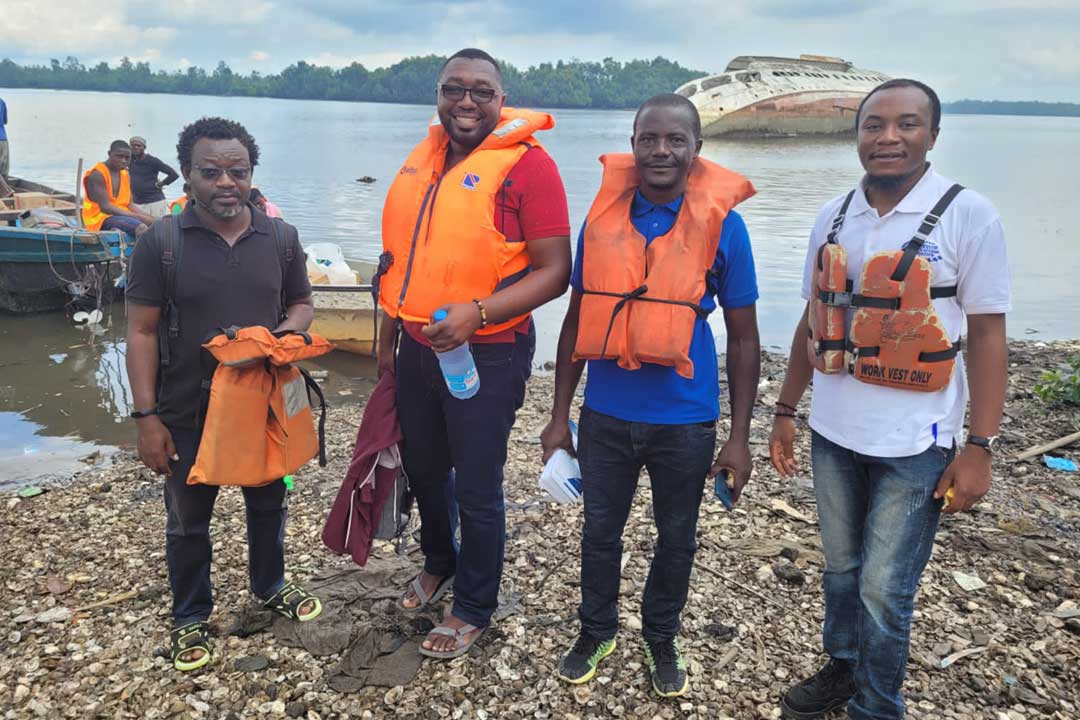 "It's always interesting boarding those boats, seeing every family trying to make ends meet, watching fishermen cast their nets into the oceans for a day's catch, seeing women and children smoke fish and young boys playing football on the sandy shores. Those are fun memories I have of the Manoka Island," says Dr Sangwe Clovis Nchinjoh.

The island is beautiful – a popular destination for tourists. But for local residents, life here is beset with challenges that limit not only their socioeconomic wellbeing, but also leave them uncommonly vulnerable to epidemic sicknesses.

91.7% of children under two in the district have not received a single vaccination.

According to Dr Nchinjoh, Manoka and its neighbour islets – 47 of them make up the Manoka Health District (MHD) – are "home to settlements with consistently low vaccination coverages and frequent outbreaks of [diseases, including] vaccine-preventable diseases."

Dr Nchinjoh is a physician and public health researcher – an Associate for Routine Immunization in Missed Communities with the Clinton Health Access Initiative (CHAI). Manoka Health District deserves his expert interest: according to a study he led, co-funded by Gavi and CHAI and published in the journal Vaccines in 2022, 91.7% of children under two in the district have not received a single vaccination.

Among the people of the littoral archipelago, however, he's known more simply as "the rural doctor" – an epithet he likes enough to loan to the non-profit he founded in 2018.

We speak on the phone in December, during yet another season of diurnal deluges for Manoka. "We have floods that submerge the entire community at least twice a day," says Dr Nchinjoh. Floods, he says, are "just one of the harsh realities of these villages."

"Working on the island is quite challenging but to [us] staff of CHAI, retreating means many more children are left at the mercy of vaccine-preventable diseases," he says.

Manoka is Cameroon's largest island, located 35 minutes by boat from the small mainland fishing port of Youpwé, at the fringe of the city of Douala. The island's indigenous people are fisherfolk called the Malimba, but 70% of the inhabitants of the Manoka Health District, a population totalling just under 20,000, are immigrants, drawn to Cameroon from neighbouring countries by the hope of a good catch.

Just one health centre, located in Manoka town, is intended to serve them all. The journey to the health centre from the furthest of the 47 islets can be a two-day affair. Staffed by two doctors, two nurse assistants and one laboratory technician, the facility is a simple blocked-wall structure with no supply of electricity, and so there's no cold storage for vaccines.

Vaccination sessions happen, as such, on the spot – when vaccines from the regional vaccine store are unloaded. Tellingly, in the 2022 Vaccines study, "no health facility" was the "reason for non-vaccination" given for more than 90% of the zero-dose children surveyed.

The distance and logistical woes, the hard-to-track mobile population, the frequent flooding, and what Nchinjoh calls "non-respect of the vaccination calendar," all contribute to the Manoka Health District's low vaccination coverage. There are also, he says, too few trained personnel.

"The country is classified among the top 15 countries with a high proportion of zero-dose children worldwide, constantly having clusters of zero-dose children in communities that traditionally miss essential healthcare services, including vaccination." Manoka's zero-dose rates, Nchinjoh and his co-authors point out in their 2022 study, are ten times higher than those of Cameroon at large.

Certainly, much of the challenge is practical. But Nchinjoh says limited awareness of the importance of vaccination is also a factor. In the absence of health education, anxiety about vaccination has room to spread.

"We had to develop a last mile vaccine distribution approach and a supply chain that interconnects the islets. To move from one of the islets – Cap-Cameroon, for example – to Manoka in a commercial boat is a two-day journey, which is a major challenge for vaccine use. Summarily, we had to set up a system that ensured that vaccines were available each time they were needed."

Waste management from the use of essential drugs and vaccines needed overhauling simultaneously – now, each time staff head to Douala to collect vaccines, Nchinjoh says, solid waste like syringes, needles and vaccine vials are transported back to the city for safe disposal.

Nchinjoh says the most thickly-populated islets were identified for the creation of so-called "micro-health facilities," able to act as coordination hubs for local vaccination.

"Given that the health of the population is assured when the community members are involved, we had to partner with the municipal council to manage the micro-health facility and ensure sustainability, after we're done with the one-year pilot phase. Secondly, we established a partnership with the district and EPI Programme, in a bid to ensure coordination and follow-up thereafter, as well as technical support."

"After the partnerships we recruited two states' registered nurses and built their capacities – by assigning them to high volume capacity sites [hospitals] to learn best practices in vaccination and how to offer integrated basic primary health care services," he adds.

Samuel Akematap, one of the nurses who received training in 2019, says it had a great impact on the services they're delivering today. "We learned from seasoned nurses how to plan vaccinations, techniques of vaccine administration as well as how to care for other health issues that are common in this zone. The proof of skills and knowledge acquired is the limited manifestation of adverse events following immunisation (AEFI) and the positive community feedback," he says.

Through high waves and deluges

Still, being a nurse in such a remote community is not an easy ride. "Here you're more of a public health actor than clinician most of the time – because most of the work is in the community. It's either you're out for vaccination or for awareness-raising on common diseases affecting the population," he says.

Serving a community that gets inundated every 12 hours makes work difficult. To make matters worse, plans are routinely busted. "During the planning of a vaccination campaign, you can consider going to the islets maybe on Thursday morning for sensitisation, and in the morning, the sea waves are so violent to the point where you cannot dare to go," Akematap says. "While on community outreach some days you spend all your time reflecting on how you will make it back home through the flood," he says.

Apart from everyday work challenges, being a non-native of Manoka, Akematap says integrating the area came with lots of unease. Imagine living without electricity, unreliable access to potable water and other basic amenities. "I had to familiarise myself with the community – by eating the bread they eat, drinking the water they drink, speaking the language they speak. Today, I can identify myself as part of this community," he says.

Residents of Cap-Cameroon, home to one of the new micro-health facilities, would tell you that things have begun to change.

Dr Nchinjoh has the figures to prove it: back in 2019, when CHAI began its intervention in Manoka Health District, coverage with a single dose of diphtheria, pertussis and tetanus containing vaccine (DPT1) stood at 15.4%. As of December 2022, DPT1 stands at 51%, and coverage with the recommended three doses of the DPT vaccine stands stands at 26.3%.

He emphasises that it's not only vaccination coverage that has witnessed a boost, but other services too, like uptake for antenatal care (ANC). Disease surveillance and outbreak response have also improved, he says. "We had to develop a community primary health care package that will serve this community based on their needs. With support from Gavi, the Vaccine Alliance, CHAI was able to acquire essential medications and furnished the micro-health facilities," he adds.

Akematap has noticed that the attitude of mothers towards immunisation has improved tremendously. "Unlike in the past where mothers were not appreciating injectable vaccines – owing to fear of the after-effects on their progeny – today, many of them are receptive and refer unvaccinated children of their peers to the facility, making our work smooth." 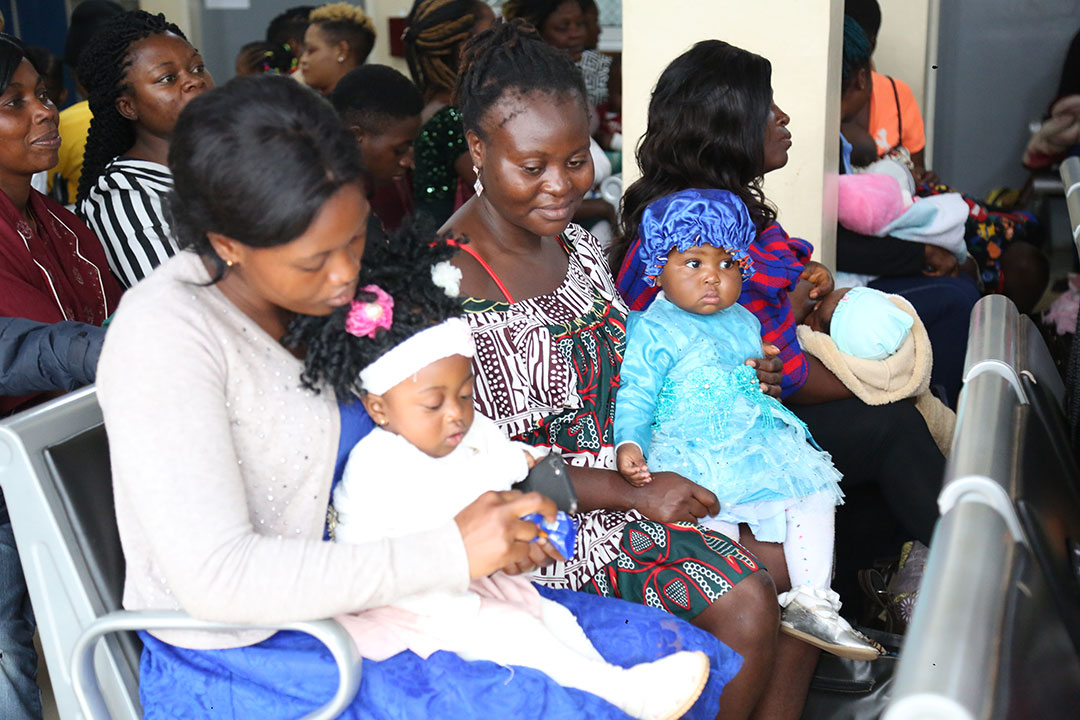