Spread from rodents to humans, old and new world Hantavirus has become endemic in many continents, but are sporadic cases of person-to-person transmission strong enough evidence to fear its pandemic potential? 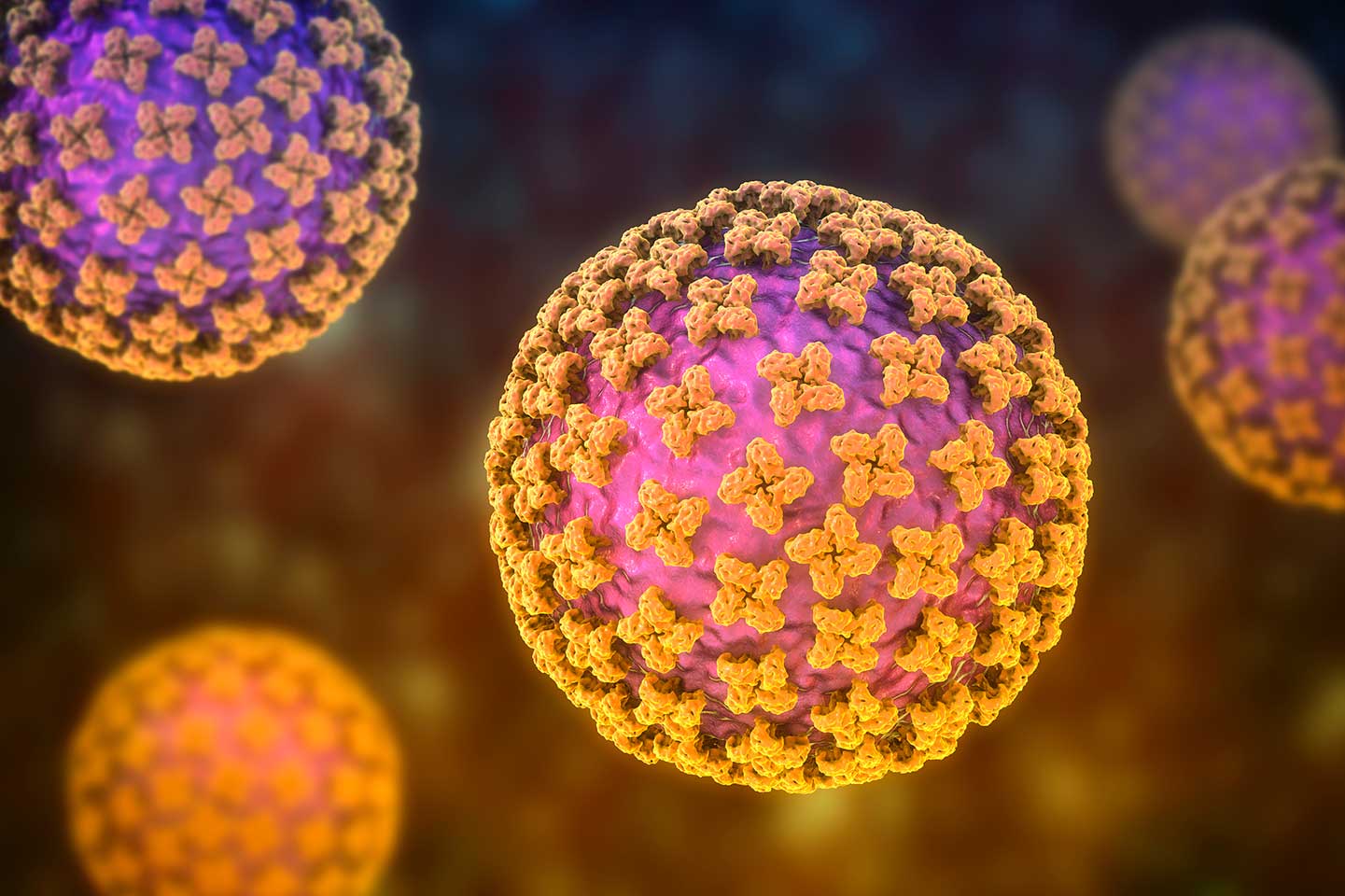 Spread from rodents to humans, old and new world Hantavirus has become endemic in many continents, but are sporadic cases of person-to-person transmission strong enough evidence to fear its pandemic potential?

In April 1993, concerns of a mysterious plague outbreak shook the Native American region bordering Utah, Colorado, Arizona and New Mexico. After the mysterious deaths of a young Navajo couple in New Mexico, state officials struggled to identify the cause, but were able to link symptoms to a dozen more cases in this region. It was later discovered that a novel species of hantavirus had emerged, known as Sin Nombre Virus (Spanish for “No name”), which eventually claimed the lives of 13 people. This outbreak is now known as the “1993 Four Corners outbreak” and has raised concern about the evolution of hantaviruses.

Orthohantaviruses are a viral genus which are able to cause disease in humans. These are transmitted through inhalation of aerosols from infected rodent excretions and cause a range of haemorrhagic and pneumonic symptoms. Particular species such as Hantaan orthohantavirus and Dobrava-Belgrade orthohantavirus have most likely been circulating in regions of the world for centuries, while Sin Nombre virus and Andes virus species were isolated in the 1990s. This distinction between old and new world viruses is significant regarding morbidity and mortality as well as their potential to become pandemic. Human-to-human transmission of hantavirus is very rare, but even so epidemics remain a public health concern, particularly because of the risk of household infections and nosocomial spread, where transmission occurs within hospitals and clinics.

Where is it circulating? Hantaviruses can be found endemically across most of the world. Hantavirus haemorrhagic fever with renal syndrome (HFRS) has been around for many centuries, predominantly circulating in European and Asian countries. However, in 2006 a species called Sangassou virus was isolated in an African wood mouse in Guinea. Further seroprevalence studies (which determine how many people have antibodies against a certain pathogen and thus are likely to have been exposed) suggest its presence in Côte d’Ivoire and the Democratic Republic of the Congo although no cases have been reported. On the other hand, hantavirus pulmonary syndrome (HPS) or hantavirus cardiopulmonary syndrome (HCPS) is regarded as a New World disease because it was first isolated in the 1990s. Since then, it has become endemic across North and South America, with species such as Andes virus being of particular concern in Chile and Argentina.

Pandemic threat: Low. Annually approximately 200,000 global cases and hantavirus-like symptoms are reported. However, the long incubation period combined with the emergence of New World species causing HPS mean that hantaviruses are becoming an increasing concern. Similarly, epidemics of person-to-person transmission of the Andes virus in Argentina and Chile indicate it can evolve to sustain human-to-human transmission.

How is it spread? Rodents can become infected with the virus but don’t become diseased. The virus is most commonly transmitted to humans when they come into contact with aerosols from infected saliva, urine or faecal matter of infected rodents. Also with small epidemics in 1996, 2006 and 2018 epidemiological data has linked the cause to person-to-person transmission.

Case fatality: Rates for HFRS generally range between 5-15%, compared to HPS which are between 35-50%.

Incubation period: Hantavirus incubation ranges from two to four weeks. This long incubation period can allow more people to become infected before preventative measures can be put in place to stop spread of the disease.

Symptoms: Initially symptoms are similar to influenza - fever, aches and vomiting. HFRS causes internal bleeding (haemorrhaging) which may lead to kidney dysfunction, while HPS is associated with pneumonic symptoms, such as accumulation of fluid in the lungs, which may result in cardiovascular shock.

Diagnostics: Hantaviruses can be detected using reverse transcriptase polymerase chain reaction (RT-PCR) of lung tissue, blood clots and nucleated blood cells. Immunological assays can also identify the presence of antibodies during the infection; this is done using enzyme-linked immunosorbent assays (ELISA) or rapid immunoblot strip assays (RIBA). It is likely that many cases go undetected as symptoms may be misinterpreted for other infections. In one case, a woman in Colorado believed she had fallen ill with SARS-CoV-2 after a camping trip, but tested positive for hantavirus.

Are there vaccines or treatment, or ongoing R&D? In 1976, a South Korean physician called Ho Wang Lee was the first person to isolate Hantaan virus and produced a vaccine against HFRS in 1990. This inactivated whole viral vaccine has only been approved in China and South Korea due to  limited evidence for its efficacy. There is no vaccine against HPS, however there are four types in development: three in phase 1 of clinical trials and one in phase 2a. Hantavirus is treated using symptomatic preventions such as ventilation and often ribavirin, an anti-viral medication. There are limited studies determining the efficacy of ribavirin, which is likely why case fatality rates are so high.

HOW COULD WE LOWER THE RISK OF IT BECOMING PANDEMIC?

On an individual basis, it is important to avoid risk of exposure by storing food in containers and maintaining a clean house. If rodents infest a home, it is important to implement a rodent control program and clean excrement to prevent inhalation of aerosols. Like all emerging and re-emerging diseases, genomic and serological surveillance is important in monitoring the progression of mutations to prevent spread of more infectious hantavirus species. In areas susceptible to Andes virus, healthcare systems should be prepared to implement prevention strategies for person-to-person transmission to protect patients and healthcare workers.