The next pandemic: yellow fever?

In the 19th century, yellow fever had taken hold of parts of Europe and the USA, especially the Deep South, killing thousands. Now mostly in Africa and South America, this mosquito-borne disease could spread at any moment, threatening public health and economic security worldwide. 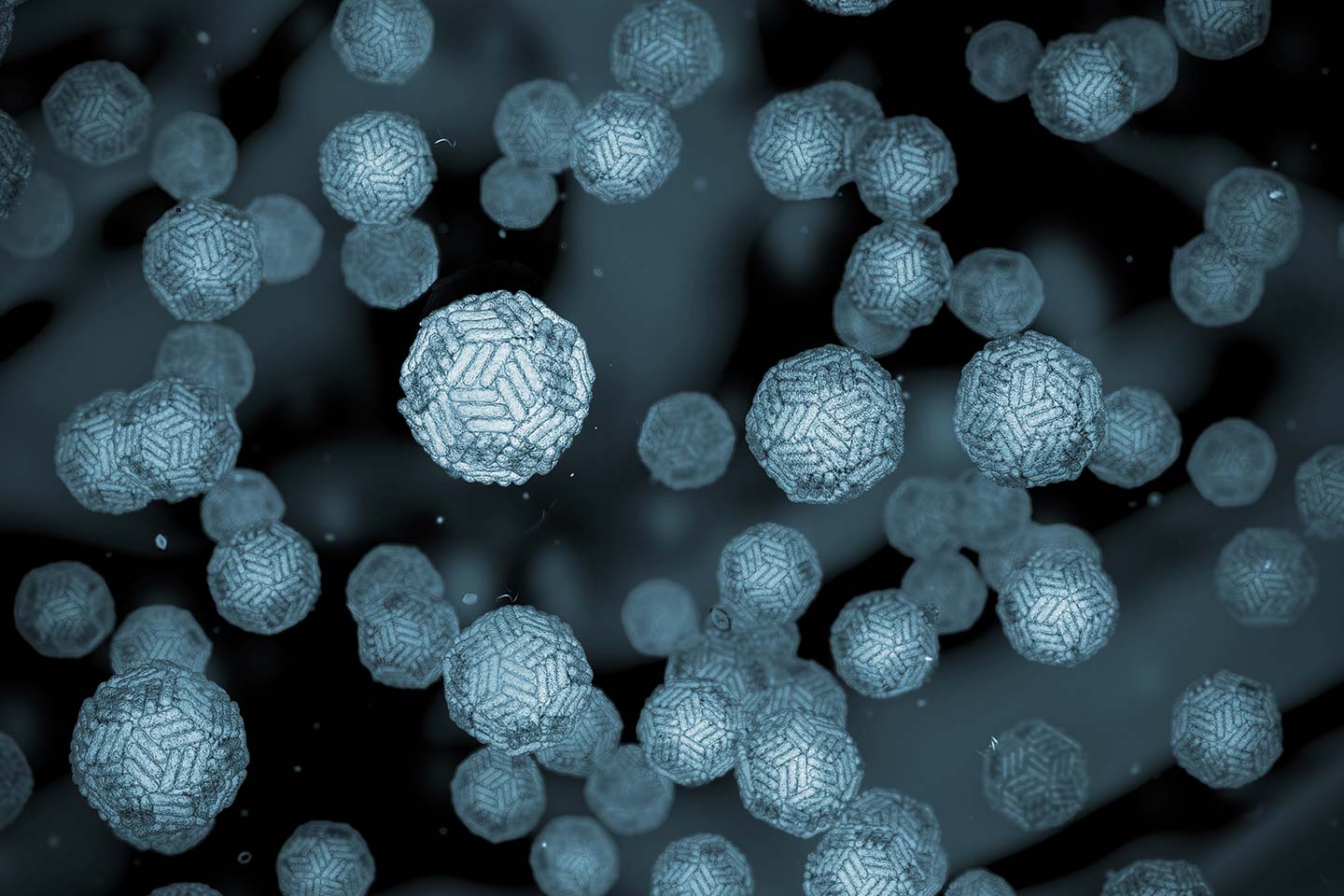 In the 19th century yellow fever had taken hold of parts of Europe and the USA, killing thousands. Now mostly affecting Africa and South America, this mosquito-borne disease could spread at any moment, threatening public health and economic security worldwide.

In March 2016, a 32-year-old Chinese man sought medical treatment in Beijing for the fever and chills he’d developed five days earlier while working in Angola. This southern African country was in the throes of the biggest outbreak of yellow fever the world had seen in decades. The arrival of the virus in China – the first ever confirmed case of yellow fever in the Asia-Pacific Region – sent a chill up the spine of infectious disease experts worldwide. The yellow fever virus is a flavivirus closely related to those that cause dengue, Zika virus disease, Japanese encephalitis and West Nile fever, but significantly more deadly.

Since a yellow fever vaccine exists, we are a step ahead of the virus, but stopping a potential pandemic in its tracks will require the political will and funding to increase vaccine availability and rapid deployment in emergency.

Around two billion people in Asian and Pacific countries live in areas occupied by the Aedes aegypti mosquito, which transmits the disease. Few of them have had any previous exposure to the yellow fever virus, and are not routinely vaccinated against it, meaning they have no immunity. Had this man, or any of his ten infected co-workers, arrived during Beijing’s mosquito season – or flown into another Asian city further south – the consequences could have been dire.

The importation and spread of yellow fever to the Asia-Pacific region "could make the Ebola and Zika epidemics look like picnics in the park,” warned John Woodall, co-founder of the disease-alert service ProMED-mail. On this occasion, there was fortunately no onward transmission, but the risk of future importation and spread of yellow fever virus remains high.

Over the centuries, yellow fever epidemics have killed thousands of people in Europe, USA, Africa and the Americas, and halted major engineering projects, including early French attempts to build the Panama Canal. And as far back as 1793 President George Washington had to be evacuated from Philadelphia, because of a yellow fever outbreak that was decimating the then capital.

The arrival of a vaccine, combined with mosquito control and strict enforcement of the International Health Regulations (IHR) requirement to show a yellow fever vaccination card when travelling to and from endemic areas led to a significant reduction in cases during the 1960s and 1970s.

Since then, complacency has set in, and cases have begun to rise once more. Between July 2017 and February 2018, some 3,481 South American infections were reported – more than double the total during the same period the previous year – while during the 2016-17 Angola outbreak, which spilled over into the neighbouring Democratic Republic of the Congo (DRC), there were 962 confirmed cases across the two countries.

Where is it circulating? The yellow fever virus is endemic in tropical parts of Africa and Central and South America. However, because of climate change Aedes aegypti is expanding its territory, and is projected to occupy central parts of the USA and China as well as some southern European countries by 2050. By 2100, parts of southern Canada and northern Europe may even be warm enough to sustain its survival.

Pandemic threat: So far, yellow fever has never been reported in Asia or the Western Pacific but, as Aedes aegypti is endemic in these regions, it would only take a few introductions by people travelling from Africa or South America for the virus to spread rapidly. As Asia has never had yellow fever, this could be disastrous as there would be no natural immunity. There could be hundreds of thousands of cases before adequate vaccination coverage could be achieved.

How is it spread? The yellow fever virus is primarily spread by the Aedes aegypti mosquito and spends its “life” cycling between mosquitoes and wild monkeys, but humans living nearby can also become infected. If they then travel to more densely populated urban areas, subsequent mosquito bites can transmit the disease to other individuals. The virus can also be transmitted by other types of Aedes mosquitoes (found in tropical and subtropical zones, as well as at higher latitudes – although they cannot survive the winters here), and by Haemagogus mosquitoes found in Central and South America.

Case fatality rate: The yellow fever virus is a flavivirus closely related to those that cause dengue, Zika virus disease, Japanese encephalitis and West Nile fever, but significantly more deadly. It has a death rate of between 20% and 50%. An estimated 200,000 people are infected and 30,000 die each year, roughly 90% of them in Africa.

Symptoms: Many people experience no symptoms, but symptoms can include fever, muscle pain, headache and vomiting. A few patients might enter a second, more dangerous phase in which the fever returns, people may bleed from their eyes, nose, mouth or stomach, and their liver or kidneys may become damaged – the “yellow” refers to the jaundice people often experience at this this stage. Around half of those who enter this second phase die within seven to ten days.

Diagnosis: Yellow fever can be difficult to diagnose by early symptoms alone, especially during the initial stages, although polymerase chain reaction (PCR) testing of blood or urine can detect the virus very early after infection. However, by the time people show obvious symptoms, the virus is usually no longer detectable, meaning doctors must look for antibodies to the virus instead. Antibody testing also helps to distinguish severe yellow fever symptoms from those caused by severe malaria, other haemorrhagic fevers, infection with other flaviviruses (such as dengue haemorrhagic fever) or poisoning.

Are there vaccines or treatments, or ongoing R&D? There is a vaccine, and although a single dose of yellow fever vaccine provides lifelong protection for most people, global manufacturing capacity would be inadequate to contend with a serious outbreak in the Asia-Pacific region – or even a major outbreak in a region where the disease is endemic. This was highlighted during the 2016-2017 Angola outbreak, when routine vaccination had to be suspended in other African countries to meet the demand for emergency vaccine coverage. The World Health Organization (WHO) has recommended using fractional dosing, which involves smaller doses of the vaccine, as a temporary measure, as this would still provide protection for at least 12 months and possibly much longer. A Gavi-funded emergency stockpile of six million vaccine doses is continually replenished, but this wouldn’t be enough to contain an outbreak in a major population centre in Asia, where there are hundreds of millions of unvaccinated people. Even a large outbreak in a densely populated area of Africa or South America would stretch vaccine supplies to their limits. The WHO also recommended the expansion of routine yellow fever vaccination programmes in endemic countries, but this is challenging while global manufacturing capacity remains low. There is no specific anti-viral treatment, but good and early supportive hospital care improves survival.

Because of the risk of the disease spreading beyond where it is currently endemic, yellow fever is the only disease specified in the International Health Regulations (IHR) for which countries can require proof of vaccination before entry. For most potential pandemics, we don’t yet have preventive tools like vaccines. Since a yellow fever vaccine exists, we are a step ahead of the virus, but stopping a potential pandemic in its tracks will require the political will and funding to increase vaccine availability and rapid deployment in emergency.