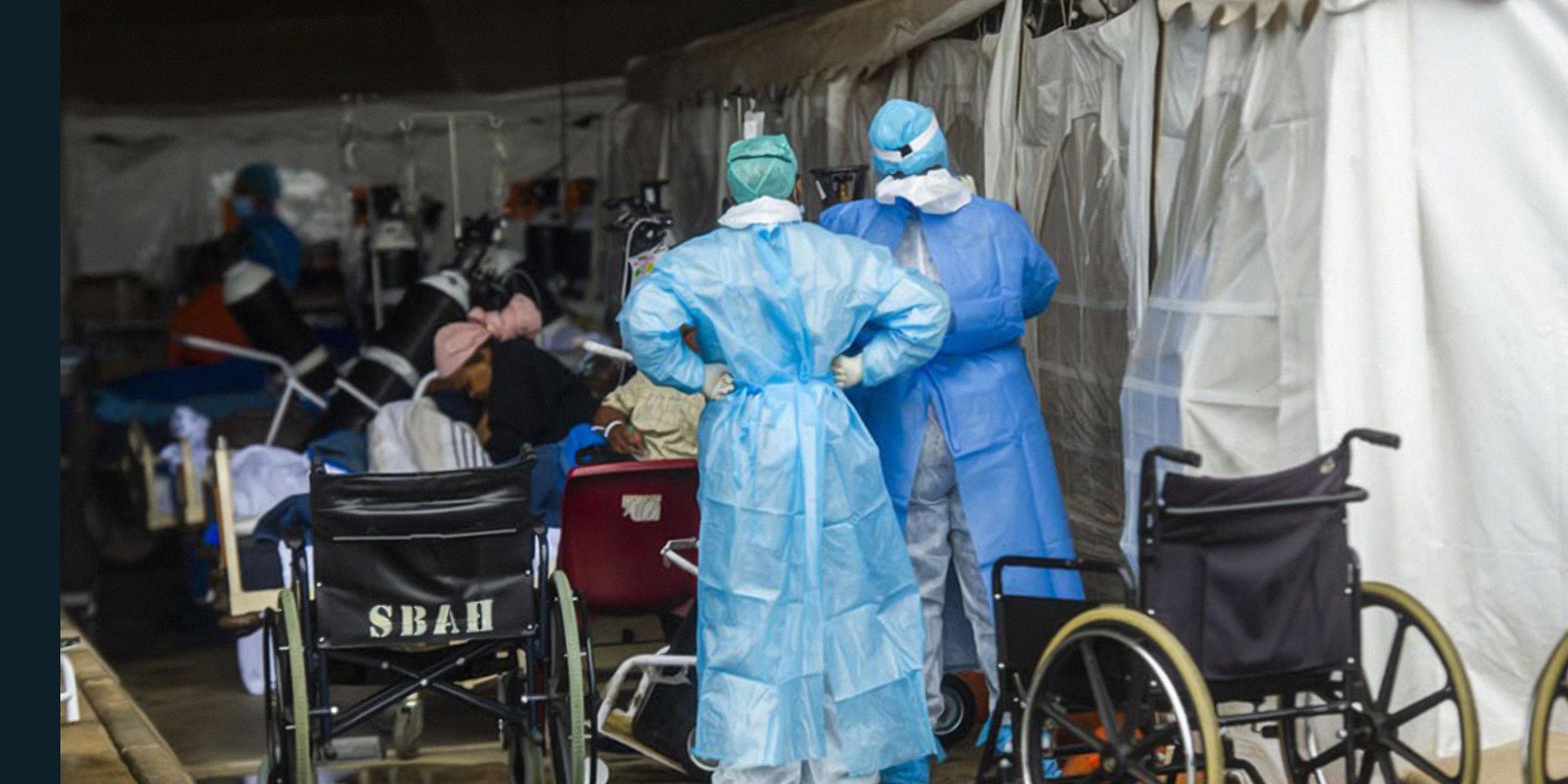 Scientists have observed that 501Y.V2 has quickly become "dominant" among multiple variants that have been circulating in the South African population.

Scientists have observed that 501Y.V2 has quickly become "dominant" among multiple variants that have been circulating in the South African population.

Late last year the Network for Genomic Surveillance in South Africa (NGS-SA) led by the KwaZulu-Natal Research Innovation and Sequencing Platform (KRISP) identified a rapidly spreading new variant of SARS-CoV-2, the virus that causes COVID-19. The new variant, called 501Y.V2, raises critical questions – including whether current vaccines and treatments will still be effective.

With the support of the South African Medical Research Council and the Department of Science and Innovation, a group of leading South African virologists, immunologists, vaccinologists, infectious disease specialists and microbiologists has since formed a consortium to address specific scientific questions surrounding 501Y.V2. The knowledge they generate will be shared with policy makers and developers of vaccines, diagnostics and treatments. The Conversation Africa asked the consortium for the latest update on their work on 501Y.V2.

What’s the science behind the search?

Viruses classically change continuously, bit by bit. A changed virus is called a “variant” of the original virus; the essential core of the virus remains the same.

Changes in the virus’s genetic code are called mutations. The new variant, called 501Y.V2, has acquired 23 mutations, when compared with the original SARS-CoV-2 virus. Importantly, 20 of the mutations cause amino acids changes and eight are located in the spike protein of SARS-CoV-2.

When the mutations or genetic changes are beneficial to the virus, they persist. The changes may allow the virus to survive better or be transmitted more efficiently.

We know that similar variants with many mutations have emerged independently in the UK and Brazil too. South Africa has particularly good research capacity to pick up variants and teams of researchers have actively been looking. Furthermore the NGS-SA consortium followed a tip from clinical staff at a private hospital in the Nelson Mandela Bay in the country’s Eastern Cape province. Clinicians were seeing unusual high numbers of COVID-19 cases. This possibly explains why this variant was picked up here so quickly.

Why is this variant worrying?

The concern is that 501Y.V2 may spread much more efficiently between people, compared with other variants of SARS-CoV-2.

The mutations of 501Y.V2 have included changes to a part of the virus known as the spike protein. This virus spike protein hooks onto the human cell via a “receptor” to gain entry into the cells: this is how infection starts. The virus then starts multiplying inside cells. It ultimately gets released by the cells and can go on to infect more cells.

The changes in the spike protein of 501Y.V2 are likely to enhance its binding with human cell receptors, allowing easier infection and greater replication within the host. This may result in greater amounts of virus in an infected person, who can then infect other people more easily. The ultimate result could be quicker spread among people.

Scientists have observed that 501Y.V2 has quickly become “dominant” among multiple variants that have been circulating in the South African population. This strongly suggests the new mutations of this variant offer a transmission advantage. In some regions of South Africa, more than 80% of viruses currently isolated from infected people are now 501Y.V2.

This is likely to mean that most people who are now infected have a coronavirus that is more easily transmissible.

The new variants identified in the UK and Brazil have many similar mutations and potentially similar outcomes. Research confirmed greater transmissibility in the UK.

In addition, new research from South Africa shows that 501Y.V2 may escape antibodies generated from previous infection. This means that antibodies from people who were infected with previous variants may not work as well against 501Y.V2.

The research team used blood plasma from patients who had COVID-19 in the earlier surges to see if antibodies in their blood could neutralise, or make ineffective, 501Y.V2. They found that these patients’ antibodies were less able to neutralise 501Y.V2 relative to previous COVID-19 variants in South Africa. About a six to 200-fold higher plasma concentration was needed to neutralise 501Y.V2 in a lab setting.

Meanwhile, research from a different group in South Africa comes to similar conclusions. The team tested the antibody response from blood plasma samples from 44 people who had prior infection with earlier variants of COVID-19. They found nearly half of the plasmas tested could not neutralise 501Y.V2 – in a lab setting.

This data is a cause for concern. But more work needs to be done before we can categorically say what this means for people’s immunity against 501Y.V2, as well as the implications for vaccines designed for the earlier variants. This is because our immune response to infection and to vaccines involve components beyond just antibodies.

Does this variant cause different symptoms or more severe disease?

This is a topic of ongoing research. So far, clinicians and scientists working in the frontline have not observed any differences in symptoms in people infected with the new variant, compared with people infected by other variants. It therefore does not appear that the virus will make people more ill, or lead to more deaths.

At this stage, it also appears that the new variant causes a similar spectrum of disease – older people, men, and people with certain other medical conditions do worse.

The clinical management remains exactly the same: oxygen therapy when people need it, steroids (like dexamethasone) for people with more severe disease, and blood-thinning medication to prevent blood clots, a common complication of COVID-19. The main therapy that has been proven to reduce deaths is dexamethasone, which targets the overactive immune response to the virus, not the virus itself.

Are current vaccines likely to protect against the new variant?

Research is under way. Until shown to be otherwise, it is reasonable to expect vaccines to be effective against this variant as has been shown in clinical trials to date.

Part of the immune response is the generation of antibodies. Antibodies bind to the virus, making it non-infectious. We know that some parts of the spike proteins in the new variant have changed and so the antibodies created by the vaccines may not recognise them as well as before. But it’s likely that the vaccine-induced antibodies will also recognise other parts of this target spike protection. In addition, other arms of the immune response induced by vaccines, such as the T cell response, also important in controlling viruses, could also compensate.

First, blood from people who have received COVID-19 vaccines is used to see whether the antibodies in this blood, induced by the vaccine, can neutralise the virus in a test tube. If they do, the vaccine is still likely to work as well against 501Y.V2 as against other variants.

Second, researchers are studying which variants were present in people who took part in vaccine trials and still developed COVID-19 disease. If more 501Y.V2 is identified compared with other variants, it is likely that the vaccine does not work as well against 501Y.V2.

Tulio de Oliveira does not work for, consult, own shares in or receive funding from any company or organisation that would benefit from this article, and has disclosed no relevant affiliations beyond their academic appointment.

University of Kwa-Zulu Natal provides funding as a partner of The Conversation AFRICA.

The ins and outs of Kenya's COVID-19 vaccine rollout plan 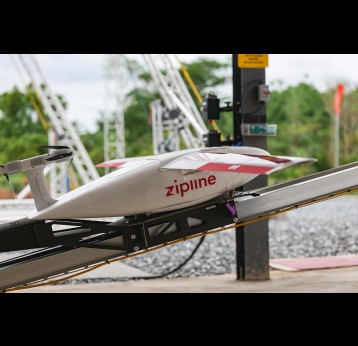 COVAX vaccines take to the air by drone 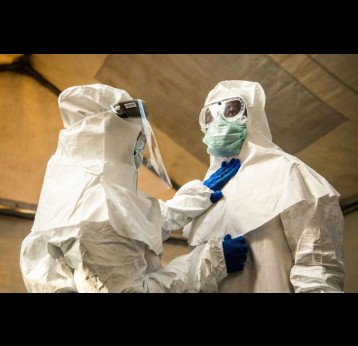 Ebola strikes West Africa again: key questions and lessons from the past 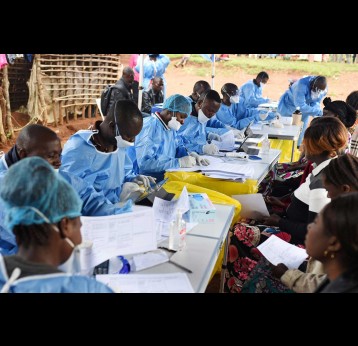