Uzbekistan’s girls are taking on HPV

In a blow against cervical cancer, 94% of Uzbek girls aged 12 to 14 have gotten a first dose of the vaccine against the human papillomavirus. 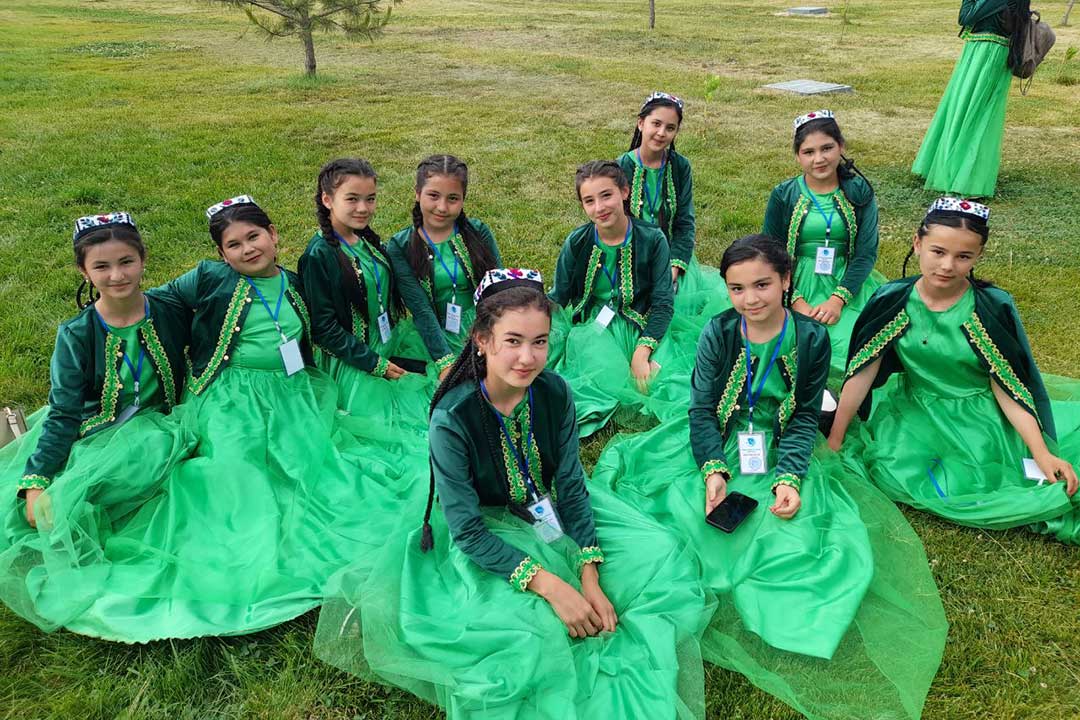 When 14-year-old Lobar was offered a first dose of the human papillomavirus (HPV) vaccine at her school in Margilan, a city in the east of Uzbekistan, she knew that the jab had the potential to save her from deadly cervical cancer.

Still, it wasn’t the thought of the cancer risk that spurred Lobar’s enthusiastic yes, she says, as much as the memory of her family’s recent experience of COVID-19.

“When they told us that we would be vaccinated against HPV at school, I was glad there was an opportunity to protect myself from a terrible disease for free,” Lobar says.

"You know, with COVID-19, our family was very afraid of getting sick – especially because of our grandmother, who is 75 years old and has diabetes," Lobar explains. "We really waited for the release of the coronavirus vaccine, and, as soon as we could, we all got vaccinated. First my grandmother, then my mother and everyone else." When her family later contracted COVID-19 and suffered only mild symptoms, she took that as an object lesson on the benefits of vaccination.

"When they told us that we would be vaccinated against HPV at school, I was glad there was an opportunity to protect myself from a terrible disease for free," Lobar says.

She wasn’t alone: though some parents were sceptical of the vaccination process, almost all of Lobar’s classmates were vaccinated.

That pattern has appeared to repeat nationwide: government figures show that 94 percent of girls between the ages of 12 and 14 have received at least one dose of the two-dose HPV vaccination regimen recommended by the National Immunization Programme.

The impact of that uptake on cervical cancer rates is likely to be massive. In Uzbekistan, cervical cancer ranks as the second-most common cancer among women, killing an estimated 1103 each year. Globally, cervical cancer is attributable in almost every case to infection with HPV, and large-scale, long-term studies have shown that widespread HPV vaccination can drive down the incidence of cervical cancer by 90%.

The HPV vaccine first rolled out as part of the Uzbek immunisation schedule in 2019. In an effort to stave off misinformation, the government and its partners undertook a major proactive communication campaign. TV, radio and print journalists were trained up on the ABCs of HPV, and briefed on the figures in the public health establishment who counted as qualified voices.

According to the Ministry of Health, when vaccination numbers began to decline at a school in the capital, Tashkent, the National Immunization Programme convened a parents' meeting. Health care professionals were invited to answer questions and dispel the vaccine myths that were circulating on social media. "Every concern that parents had was answered by experts with data, examples, and studies," WHO said in a news release following the event. "After hearing this information, parents wanted not only their own child to be vaccinated but as many children as possible."

Lobar witnessed a similar turnaround among more sceptical students at her own school. Some of her friends were under the mistaken impression that the vaccine might have a negative impact on their fertility. Doctors, she says, were on hand to listen to the pupils' concerns, and set them straight.

“I had read all sorts of nonsense on the internet,” Baltabayeva says. “I listened to my neighbours' opinions [and opted out]. With my second child, I did not hesitate.”

For Tashkent mother Istalina Baltabayeva, the change of heart took a little longer. She spoke to VaccinesWork shortly after getting her younger child immunised during a school-based vaccine-drive – "everything went great; no side effects" – and admitted regretting not having allowed her elder daughter access to the same opportunity.

"I had read all sorts of nonsense on the internet," Baltabayeva says. "I listened to my neighbours' opinions [and opted out]. With my second child, I did not hesitate." Now, she says, she'll have to pay for the elder child to get vaccinated privately.

The signs suggest that the message is getting through; a vital sliver of the young generation is accessing protection. But Nargis Kambarova, a staff nurse at a vaccination centre in Tashkent, wants the general public to understand one more important thing. "I wanted to say that this vaccine is not only for girls but also for boys!" she tells VaccinesWork with urgency.

“HPV is a large family of viruses that consists of approximately 100 different genotypes. Some types of HPV, such as HPV 16 and 18, cause cancer of the penis, anus or oropharynx.” Kambarova explains, adding, “but we have the vaccines.”

Uzbekistan’s girls are taking on HPV