Stories from the community
EducationalCountry stories

When it rains: how the global climate crisis is already threatening public health on the shores of Lake Victoria

Faced with the many disease threats posed by repeated, calamitous floods, Nyando in western Kenya needs its health services more than ever. But longer-term resiliency will require more than just a shot in the arm. 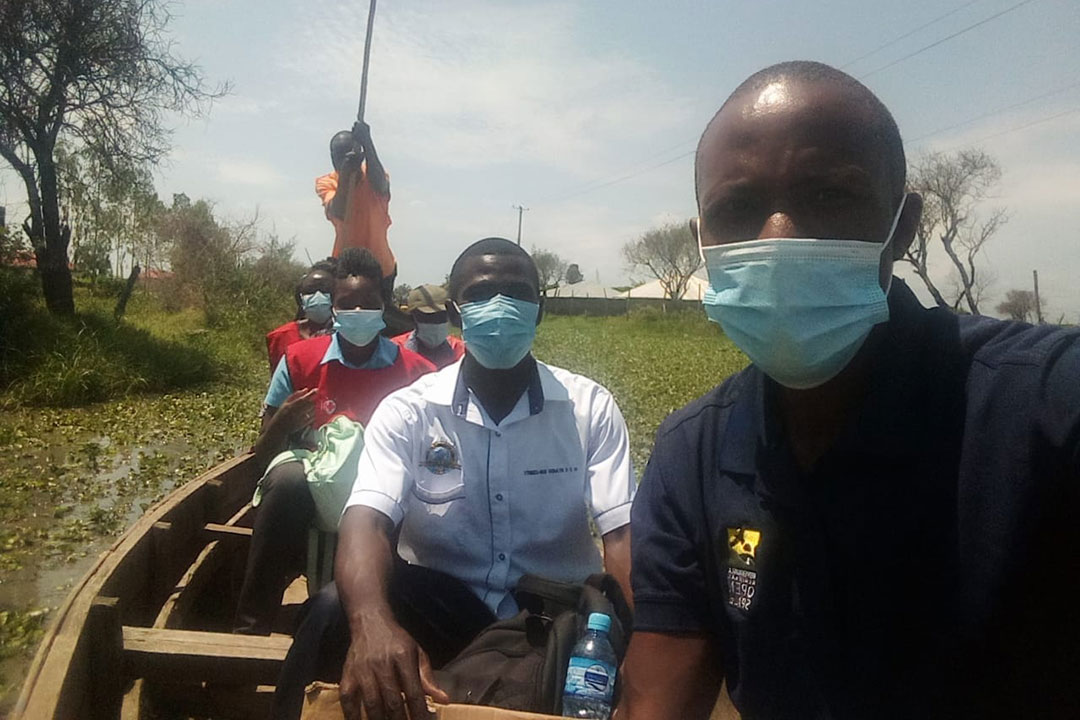 Wycliffe Welangai (in white) and colleagues punting towards a health outreach session during 2019's catastrophic floods.

After 12 years in Nyando, a portion of western Kenya’s Kisumu county on the edge of Lake Victoria, Wycliffe Welangai expects that heavy downpours mean floods. But that doesn’t make the deluges any less disorienting.

“I think before we only had, like, one flood a year, for example, but now people can see two, three, sometimes six floods a year.”

“When we go out during floods, it is severe. It is something that you may not like at all,” he says. “A lot of water is flowing. The level is rising day by day. And houses that were built up, they’re coming down.”

Submerged pit latrines disgorge their contents and “faecal matter is flooding all over,”  he says. Bloated carcasses of livestock and poultry drift by. “You see household equipment such as plates floating all over. They’re flowing downwards on the rivers.” Snakes, crocodiles, hippos show up in places they shouldn’t. Whole communities are displaced or cut off.

Welangai coordinates immunisation services in Nyando, a job that, on regular days, is about oversight, targets, forecasting, thorough reporting – precise work aided by clear horizons. On the phone, he comes across as the kind of person who might take private pleasure in the orderliness the role demands. He subheads his thoughts aloud: “first of all”, “number two”, “number three”. When he uses the word “planning”, the word stretches, fondly italicised.

But ”regular” days are rarer than they were. In mid-January, Welangai tells me that Nyando is halfway through its second month of an unseasonable dry spell, and also, in what briefly seems like an ironic overlap of worries, that he is out in the field bringing COVID-19 vaccines to a tented community of people uprooted by flooding. Not recent flooding, he explains, but by the episode that followed the calamitous rains of late 2019, when bursting rivers filled the lake to its highest-ever water level, surpassing the record set during the still-talked-about flood year of 1964. By May 2020, the Nyando Sub-County government counted 32,000 displaced persons within its borders.

Nyando is understood by scientists to be suffering the early effects of a global climate in crisis. The future looks no less challenging than the recent past: without adequate action on emissions, an additional 75,000 Kenyans could be at risk from riverine flooding by 2030, according to an April 2021 IFRC report looking ahead at impending climatic shifts and their health impacts in Kenya.

More hot days, rising sea-levels, longer dry spells in some regions, and an “increased number of days with extreme rainfall, increasing the chances of flash floods” are classified as “certain” by the report’s authors. A small overall increase in total rainfall and a longer October-December monsoon is tagged “uncertain” – but possible. Waterborne illnesses and other communicable diseases are likely to profit by the changing conditions of landscape and life.

Arguably, Welangai’s job is only getting more important. It’s also getting harder. “When there’s floods,” Welangai explains, “it forces us to take immunisation services to the doorstep, where clients are coming from, because they cannot navigate their way to the facility. When we do not have the proper support, how are we going to lift this healthcare provider, how are we going to carry him or her together with a box of vaccine to the field?”

Often, the stretched public health services will have taken a direct hit. In October or November 2019, he recalls, one Nyando dispensary was submerged and out of action for six months. Sometimes the power grid blows, threatening the cold chain.

Familiar challenges to routine vaccination coverage grow. Mothers of six- or nine-month-old babies – who, as a cohort, typically seek scheduled doses with less urgency than mothers of fragile newborns – might tell themselves they’ll wait until the chaos subsides. “That’s measles-rubella,” Welangai says. “So we are creating room whereby, in case we have an outbreak of measles or rubella, these children are at high risk of contracting the disease.”

But growing gaps in the community’s routine immunisation defences may not even be the most urgent concern. Archipelagos of uprooted people living in crowded camps surrounded by contaminated water are multidimensional magnifiers of human health risk.

“First, you will find the hygienic conditions compromised. Two, you realise that even the social distancing space, it will not be there. Three, you have various families living together – those who are fully immunised, and those who are not immunised; those who are suffering from airborne diseases – I mean, all these people are coming together in a congested environment,” says Welangai. Often, the floods are followed by a wave of diarrhoeal disease, like cholera. Sometimes, the camps see a rise in unintended pregnancy.

Welangai texts me a picture of himself and his colleagues in 2019 in a fisherman’s wooden rowboat, being punted towards a marooned community. He talks me through a typical flood response: “From our office where we sit, we do a quick planning,” he says, “for an outreach that comprises all services.” That means both curative and preventive; reactive and routine; medicinal and informational.

He gets on the phone to partner agencies and government bodies and even “sons of the soil” – the Nyando diaspora living in Kenya’s cities – to source funds, drugs, food. He checks whether area health centres have any oral cholera vaccine or typhoid vaccine in stock. “Sourcing is a process,” he explains, “it’s not something you can just buy from a given store.”

If there’s no cholera vaccine to be had, education on self-protective measures and tablets for water treatment are the next best defence. The team rents a boat, and navigates the drowned map of their area. Often, they end up wading the final stretch. “Unfortunately, we realise that sometimes whatever we are carrying, it may not be enough for these people. So we give what we can, then we come back again.”

Climate change is a global crisis, but unequal in impact. In some places, outsize risk is a consequence of natural conditions. In others, its effects are detrimentally refracted through man-made hazards. That Nyando is particularly hard-hit has as much to do with poor landscape management as changing weather patterns, says Dr Peter Minang, a geographer who works on land use and climate change, and currently serves as Africa Director at World Agroforestry.

“I think before we only had, like, one flood a year, for example, but now people can see two, three, sometimes six floods a year, and I think that’s for two or three reasons,” he says, speaking over Zoom from his office in Nairobi.

“The first reason is that there is a lot of deforestation happening in the uplands in the Nyando basin. Once you have a lot of deforestation on the hill-slopes, the water takes a very short time, when it rains, to run down.” Trees hold water, allowing it to percolate into the soil better, to become groundwater, which becomes baseflow, filtering gradually towards the lake.

“The second thing you see also is overuse of the midlands area in Nyando. Once you have intensive agriculture and over-grazing, what it means is that the land gets degraded and therefore you get a lot faster run-off for the rains.”

Soils that were already thinner in Nyando than in many parts of Kenya have thinned further. “Most of the rainfall is not absorbed anymore. It just runs down straight away,” says Minang. Not only does that make floods more likely, it also impacts how well people eat. Agricultural inputs, like fertilisers and pesticides, seep into the waterways. "Organic matter is mostly washed down, eventually into the lake, right? That has an impact on agricultural productivity, and therefore food security,” he explains.

Food insecurity – leading, perhaps, to a reliance on food aid – often means poor nutrition, and all the systemic health impacts that come with it.

There are tried-and-true manmade innovations that can help brace Nyando against the next deluge. Plans for dams along the rivers Nyando, Yala and Nzoia are in the works. Two dykes, built two decades ago in neighbouring Busia County, have helped limit flood damage there most years. Vaccines, their immunological analogue, control the force of contagion.

But while bad land use practices funnel the effects of the changing climate downhill, concentrating risk along the way, these seem like reactive, partial solutions. Public health, after all, begins upstream from the clinic; antibodies are only one part of human resilience.

“Public health systems need to look at how land management can support nutrition, and reduce the impacts of, in this case, floods,” says Minang. Planting trees will help. “We’ve been trying to promote climate-smart agroforestry in parts of Nyando. The reason is that trees are not necessarily vulnerable to short cycles of rainfall variability.” Trees, and their harvests of fruits or nuts, are more likely to survive.

When maize is flooded, however, “that’s it” – the crop is wasted. “Not only do [trees] increase the production, they help conserve the soil, and they help with managing water and reducing run-off times.”

After the flood waters recede, or the drought ends, you might scan the landscape for the first green  shoots of recovery. In 2020, amid that other disaster, Nyando’s public health department managed to mount a catch-up childhood vaccination programme to help close immunity gaps that widened during 2019’s upheavals. Though last year saw more floods and more displacement in Nyando, many of the people who were relocated to camps in 2019 have found the means to return home, or move on.

But others, Welangai tells me, have been living in tents for more than two years. In the community he is visiting on the day I call, those left-behind people are predominantly women, children and elderly people. “The young men,” he says, with more than a hint of judgement, “they chicken out – they go to urban areas.” Mothers stay to care for their kids; “the elderly have nowhere to go.” Climate resilience is inequitably distributed at every level.

“So, we have to prioritise them,” says Welangai. “We are beginning there.” 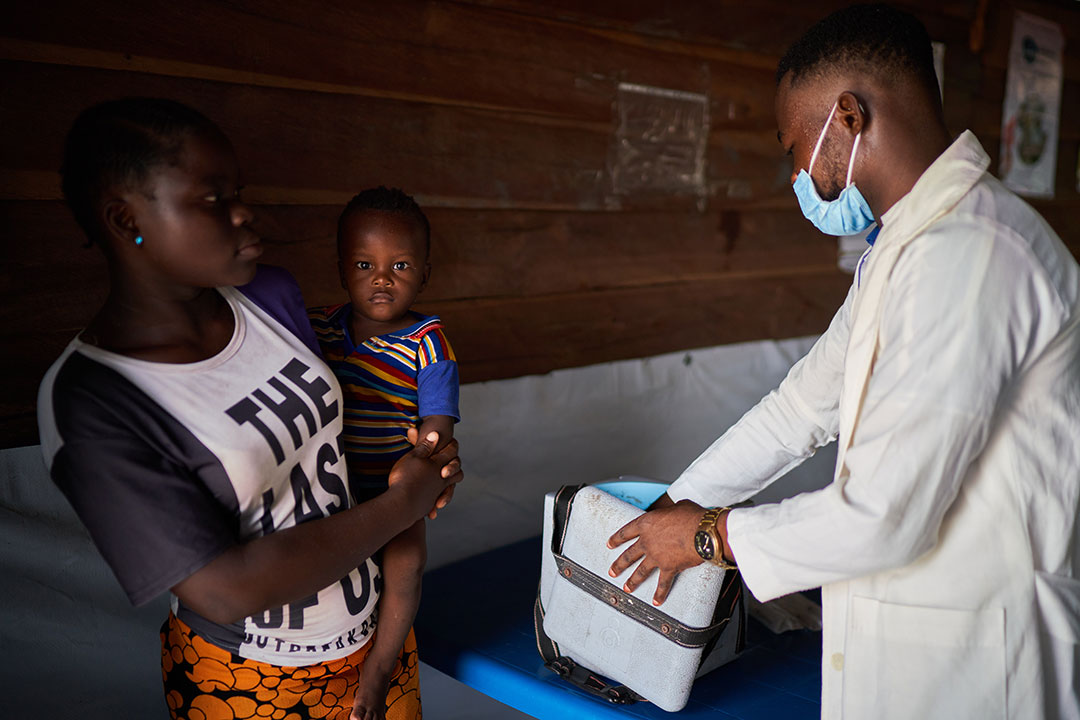 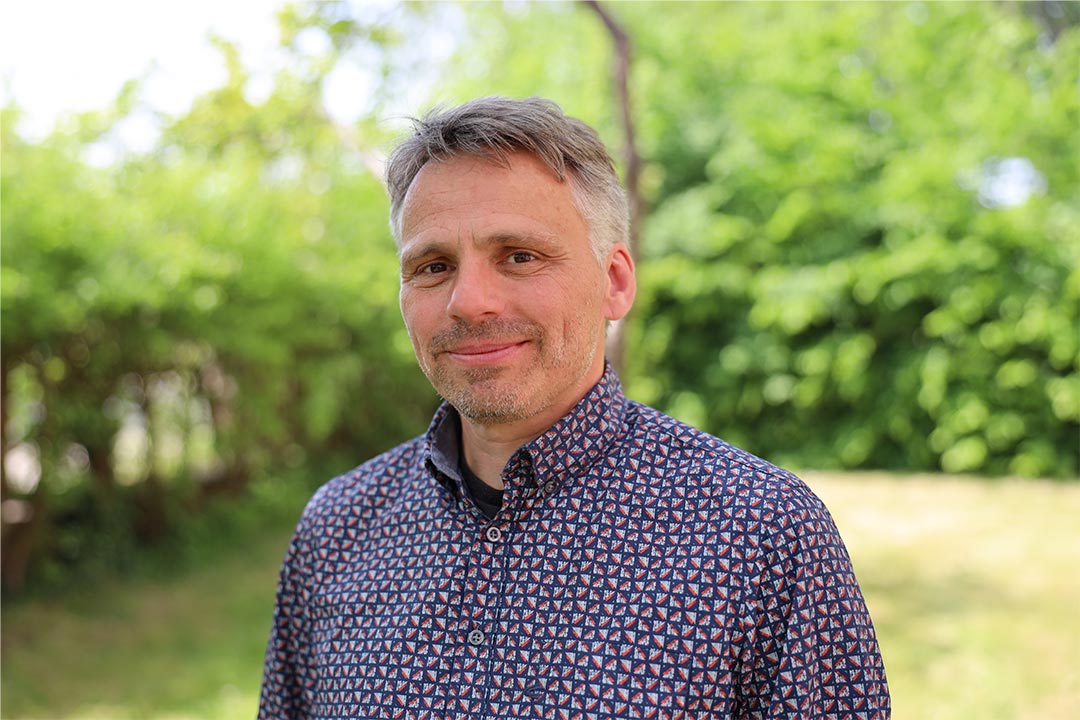