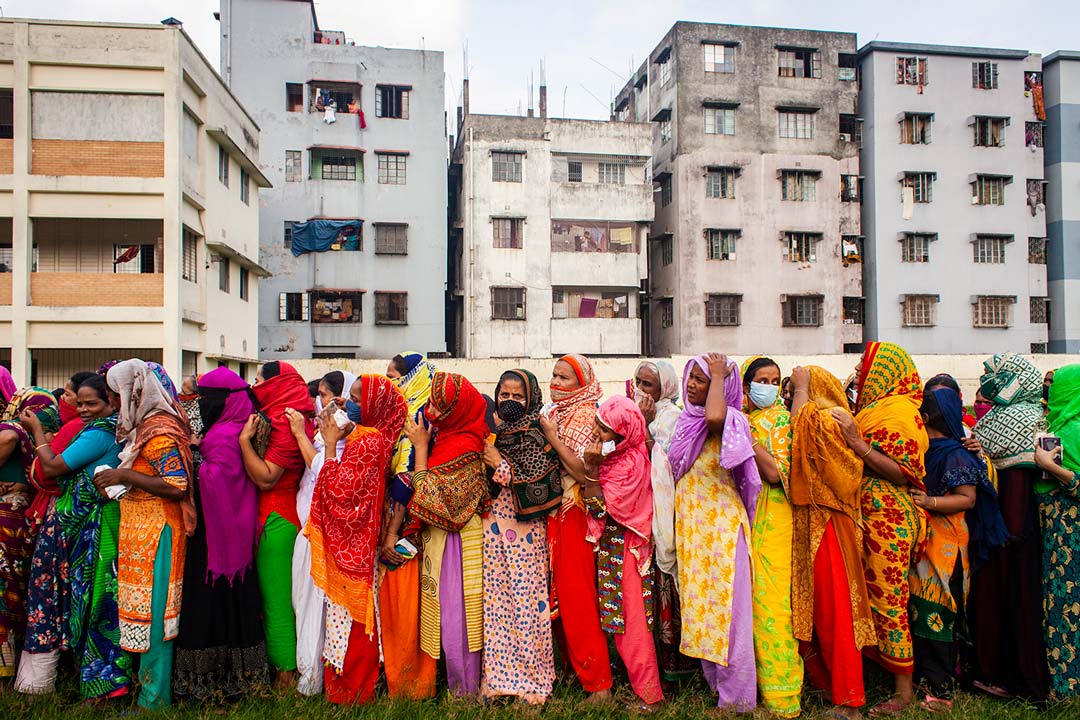 Demand for household water increased by as much as a third during pandemic lockdowns, forcing girls and women to spend more time searching for water for families without access to running water, analysis shows.

COVID-19-related restrictions highlighted inequalities in access to safe water, sanitation and hygiene (WASH) in the Pacific Island countries, which have some of the world’s lowest rates of access to drinking water and sanitation services.

“Additional burdens have come from women looking after children and other family members spending more time at home due to lockdowns, meaning more water is used and therefore must be collected and managed,” Castro-Wooldridge said.

“Women are not only the ones who carry the water, but should be, in their own right, those who are in decision-making.”

“This is particularly the case in informal settlements and rural communities that lack piped water, as men are generally reluctant to undertake water-related tasks because they are seen as women’s duties.”

Researchers asked people in 14 countries in Africa and South Asia about their biggest concerns regarding water, hygiene and sanitation during lockdown periods. More than half of respondents said no communal WASH facilities were available, accessible or secure.

The survey was conducted by WaterAid, with the University of Leeds and the African Women’s Development and Communications Network (FEMNET). Respondents expressed concerns over water and sanitation infrastructure not only in public spaces, but also in healthcare and quarantine facilities, pointing out the lack of clean water and handwashing stations.

SciDev.Net analysed the impact of the pandemic on women in three countries in the Middle East and North Africa, particularly in countries experiencing conflict. In Yemen, water management has become a challenge for many women, especially in rural and remote urban areas. Women in Syria face a similar situation, particularly for those living in camps for refugees and internally displaced people.

Somaya Al-Hussein, 34, was displaced from the Syrian city of Maarat al-Numan to a camp near the Syrian-Turkish border.

“Women go from the early morning with their plastic pots to the tanks to carry water on their heads,” Al-Hussein told SciDev.Net.

Al-Hussein and her 12-year-old daughter have to go daily to fetch water from the main tank in the camp, which is more than 500 meters from their tent. They need about 200 litres of water for their family of five, but demand for water rose significantly with the need for greater hygiene during the pandemic and they now need to find an extra 100 litres every day.

In Syria as a whole, household need for water rose by 33 per cent during the pandemic, according to data from the Syrian Response Coordination Group.

In Africa, many girls rely on their schools for access to water and school closures had a significant impact on their hygiene, according to Murielle Elouga, programme officer at the Global Water Partnership in Central Africa.

Brenda Rodríguez Herrera, from Mexico’s Gender and Environment Network, says that water management is often not considered from a human rights perspective, much less from a gender perspective. “Women are not only the ones who carry the water, but should be, in their own right, those who are in decision-making,” Rodriguez Herrera said.

COVID-19 has shown that gender must be integrated into future emergency water and sanitation policies and programmes, said Desideria Benini, a researcher who worked on the WaterAid survey.

Benini said that incorporating gender into pandemic and emergency responses would “not only save more lives regardless of social differences, but also address the root causes of people’s vulnerability, ensuring equitable, universal and sustainable access to WASH”.

*This article was edited on 3 May, 2022 to clarify a quote from Vivian Castro-Wooldridge about the water burden in Pacific Island countries and remove a quote by Mark Love of the International Water Centre which was taken out of context.