Stories from the community
Vaccine campaignsPolio

The country is working with neighbouring countries to vaccinate children under five against polio. 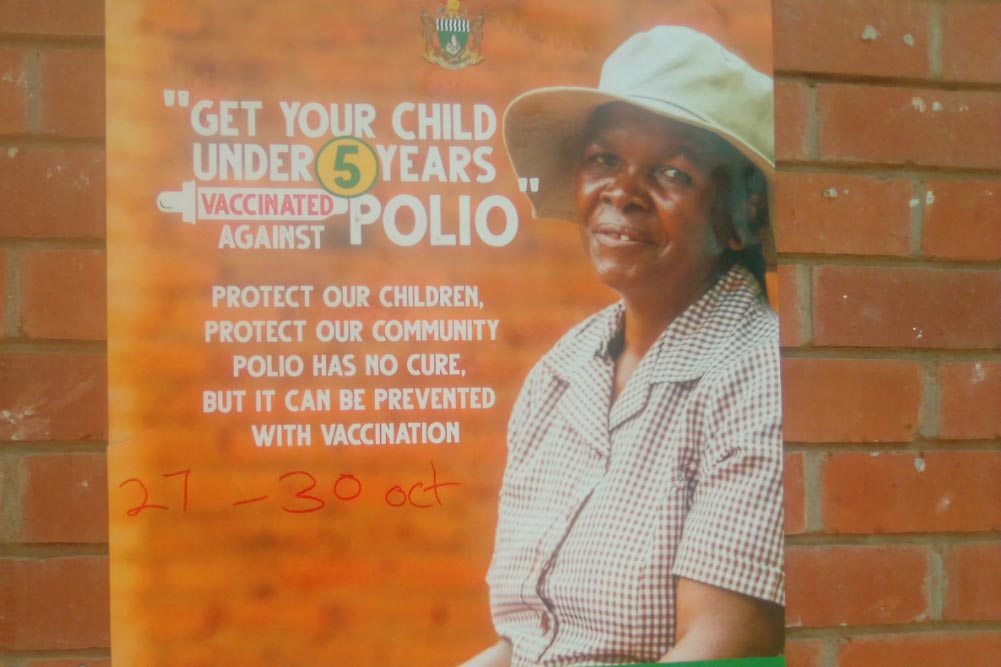 Polio vaccination posters were put at all convenient places to reach all recipients for maximum reach Credit: Derick Matsengarwodzi

Inside a vegetable market in Harare, shouts from the sellers draw hesitant customers. For Esther Taurai, a vegetable trader, who is cuddling her three-year-old child, the end of the month is always hectic because she is in a last-minute rush to maximise her monthly earnings.

She is at the market at 04:00 every single day. "The vegetable market is my family's sole source of income and I have to arrive by dawn," Taurai says. "We are in the informal sector and every sale matters; we cannot afford to lose time."

Esther's busiest week coincided with the national polio vaccination campaign. Zimbabwe reported its last recorded polio case in 1989 and by 2005, the country had eradicated the disease.

“Two weeks prior to the vaccination campaign, there was a health sensitisation process, so uptake was good because people knew that we were coming.”

There is new urgency behind the countrywide campaign targeting 2.5 million children, as polio has resurfaced in neighbouring Malawi for the first time in 30 years.

"In the spirit of leaving no one behind, the ministry and its partners have made significant investments in deploying teams to conduct house-to-house and door-to-door polio mobilisation and vaccination of all children under five years in all areas of the country for the four campaign days," Dr John Mangwiro, the deputy Ministry of Health and Child Care (MoHCC) said at the launch of the campaign.

The collaborative polio vaccination drive is being implemented together with Malawi, Tanzania, Zambia, and Mozambique. A follow-up campaign is planned for December.

According to the World Health Organization (WHO), more than 40 million doses will be administered during the first three rounds of the exercise.

In October, Zimbabwe's MoHCC announced the launch of the vaccination campaign via Twitter, stating it would "protect at least 95% of the 2,556,800 children under five years in the country".

The day the campaign started, "at 6:45am, the teams assembled at their respective clinics for a briefing and were given around 300 doses per team", reveals Rumbidzai Mutonhori, a vaccinator.

On the crowded streets, the health promotions officer used a megaphone to announce to parents about the polio disease, their mission and the benefits of vaccination.

When a child arrived, the team held a brief health talk, then asked for permission, before the vaccinator administered the dose, while the recorder captured all the relevant child's information.

Mutonhori and her team combed through shopping malls and markets, with mothers like Esther in mind, so that they could be served at their workplaces, saving them time and ensuring compliance.

"People who are informally employed rarely find free time for other things, and walking to health centres reduces their chances of making sales," Mutonhori says.

The vaccinators did everything they could to make it as easy as possible for the parents or caregivers. "At the vegetable market, some farmers and traders said they couldn't get their children vaccinated because they had left their children's cards at home, but we gave them temporary cards to administer doses to their children," she says.

The vaccination campaign recorded a high turnout, MoHCC noted, which was aided by weeks of education, using various means to reach more recipients. The ministry used YouTube shows and countrywide roadshows to raise awareness of the importance of polio vaccination.

"Two weeks prior to the vaccination campaign, there was a health sensitisation process, so uptake was good because people knew that we were coming," says Mutonhori.

All the vaccination teams were fully trained to address people's concerns. For example, some mothers asked why there was a polio vaccination, soon after the one for measles.

"During the campaign, we had to address the vaccine misinformation, with some believing that the vaccines could harm their children, since they had been recently vaccinated against measles, but we took the time to explain the difference between the two vaccines," Mutonhori says. 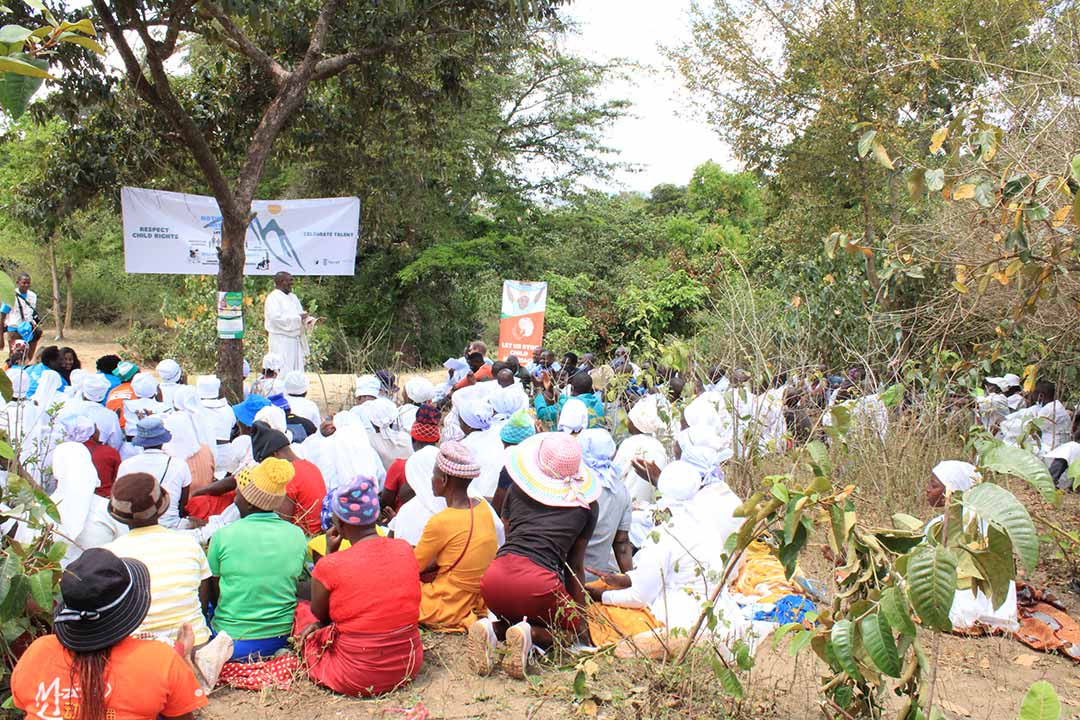 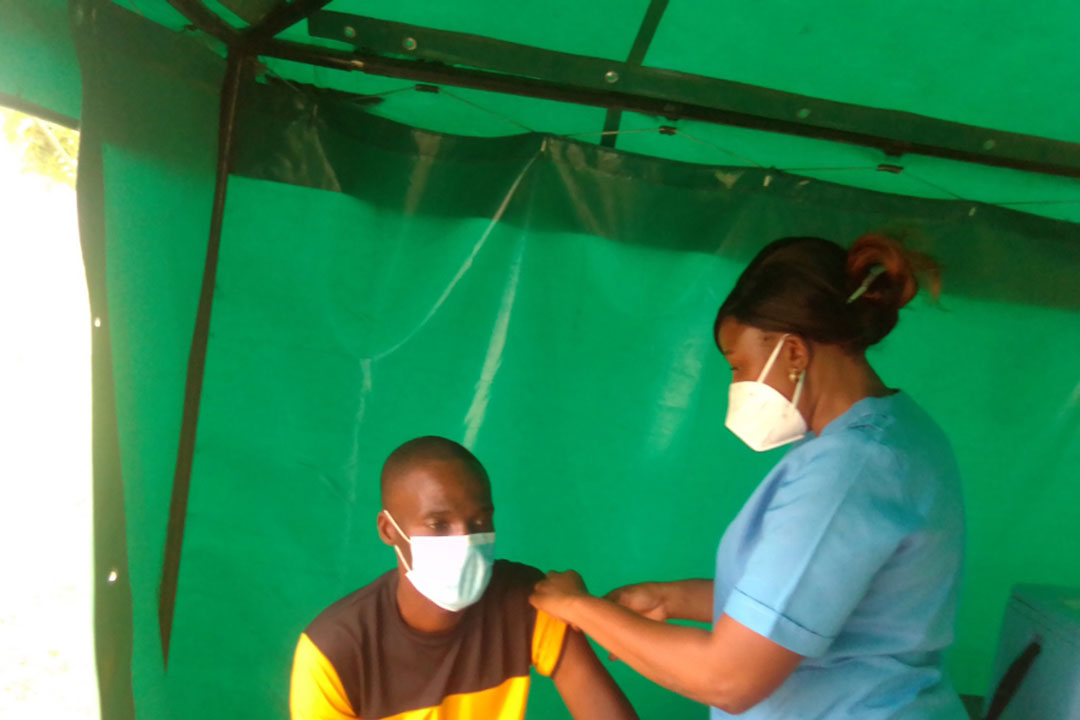 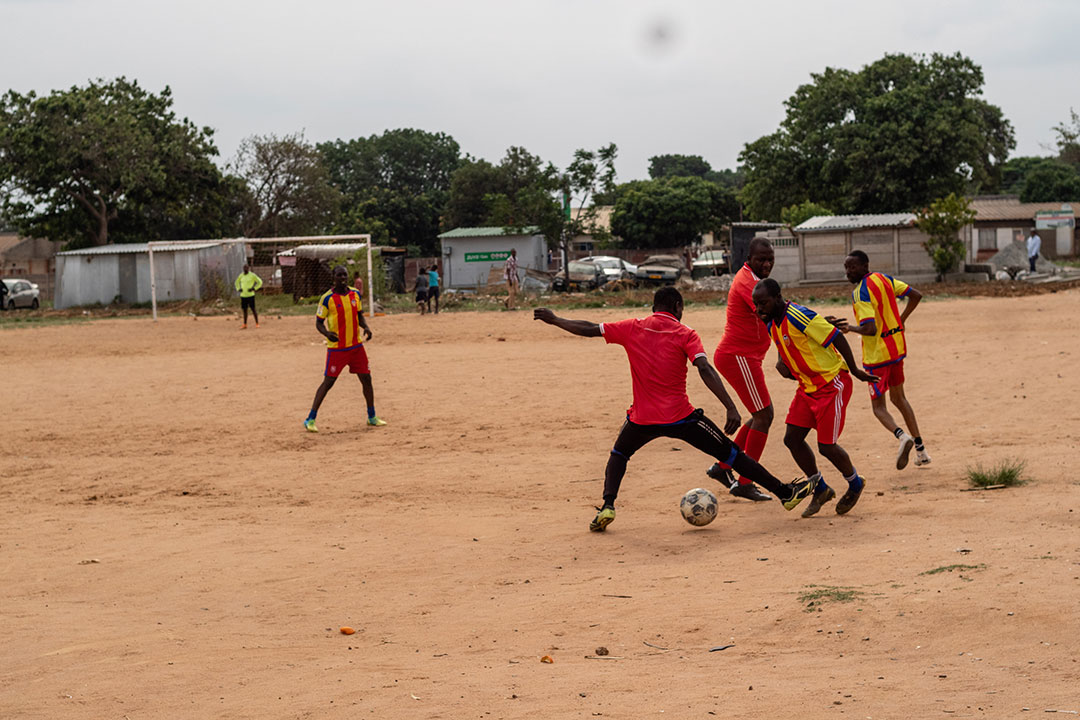 "The boys are back in town": Sports and entertainment return in Zimbabwe