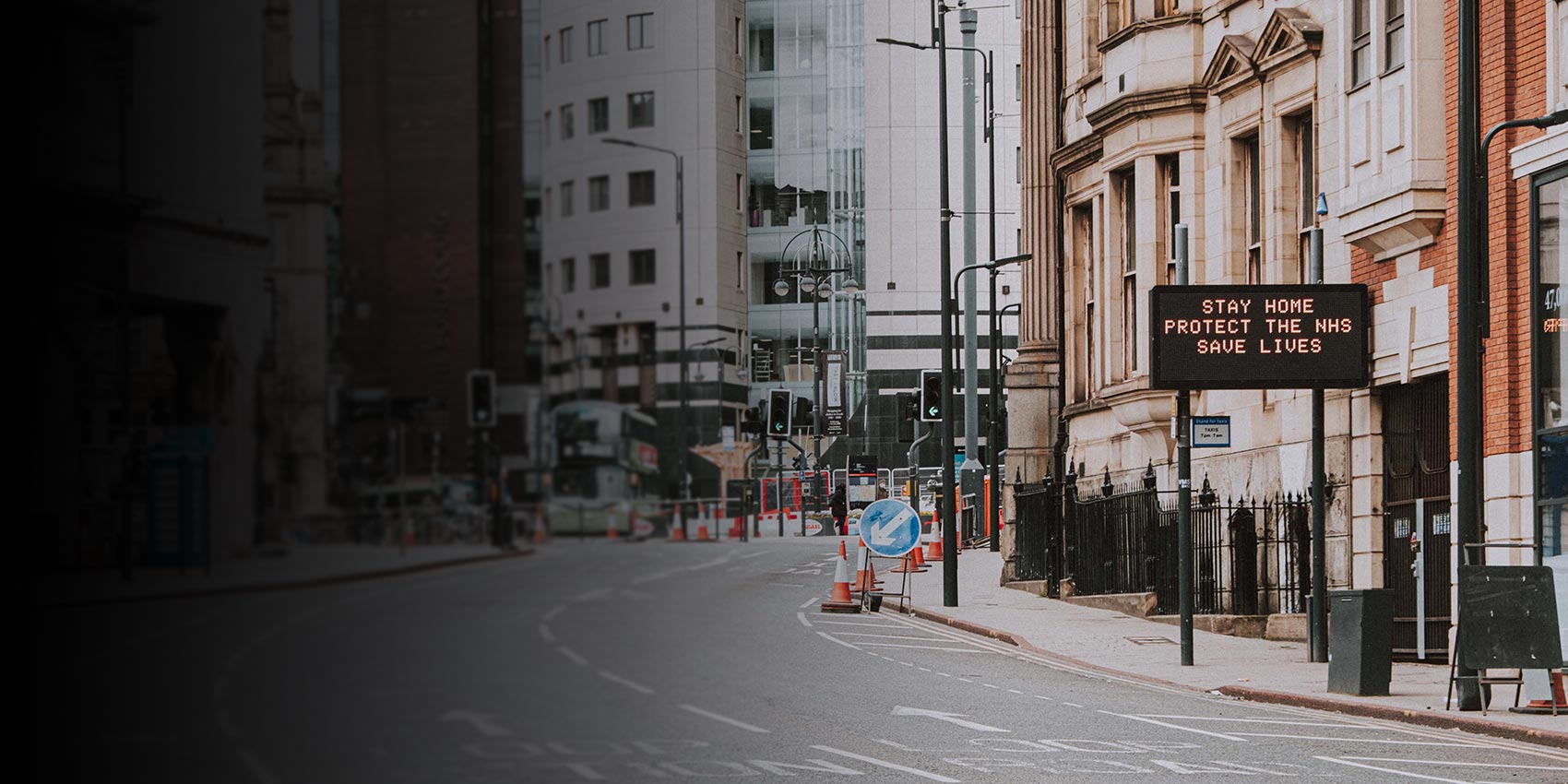 As devastating as the COVID-19 pandemic has been, scientists had expected something like it. Extreme global connectivity has meant that the next epidemic is often only a flight away. In 2018, the World Health Organization (WHO) listed several infectious diseases that pose a serious threat to public health, most of which have no vaccines yet and few medicines, with the aim of galvanising research into them. It called one of them ‘Disease X’ – a future disease that humans had never seen before that would cause a pandemic. COVID-19 has proven to be disease X, and we are now racing to develop treatments and vaccines to fight it. Many diseases identified by WHO normally exist in animals, so the likelihood of outbreaks increases when animals and people more frequently come into close contact, such as through habitat encroachment, animal husbandry and wildlife trade. So, this, combined with other factors like air travel, urbanisation and climate change means that, even after this pandemic is under control, the potential for others is very, very real.

Until very recently there was no licensed vaccine for Ebola. The most recent outbreak of Ebola in the Democratic Republic of the Congo (DRC) seems to be nearly over, yet health officials are not standing down just yet. This outbreak, as well as the 2014 Ebola epidemic in West Africa, prompted a major outpouring of money and resources to contain the epidemic, given its rapid spread across several countries and fear of even more devastating spread. Ebola needs close human contact to spread, as it is transmitted through direct physical contact with infected bodily fluids, especially blood, faeces and vomit. This puts families of infected people and health care workers at extremely high risk. In February 2020, the Democratic Republic of the Congo (DRC), Burundi, Ghana, Rwanda, Uganda and Zambia approved an Ebola vaccine called Ervebo, manufactured by Merck, shortly after World Health Organization (WHO) prequalification. Previously, the vaccine had been used on a compassionate use basis.

From the same family of viruses as Ebola, Marburg causes similar symptoms as Ebola and is spread in a similar way, through contact with the blood, bodily fluids or tissues of infected people. As with Ebola, burial practices that involve direct contact with the deceased person can drive the spread of disease. Marburg is incredibly deadly, killing as many as 88% of people it infects.

Like Ebola and Marburg, Lassa fever is a viral haemorrhagic illness that damages organs and ruptures blood vessels, and 1 in 5 people infected with Lassa virus has severe disease affecting the liver, spleen or kidneys. The virus is often transmitted by the urine or faeces of Mastomys rats, native to Africa, via contaminated household objects. Health workers who are in contact with the blood or organ tissue of patients can become infected too. Lassa fever infection can result in long-term hearing loss after recovery. While Ebola and Marburg cause sporadic and deadly outbreaks and then subside, Lassa fever regularly causes prolonged outbreaks in several countries in West Africa, killing 1-15% of those infected.

Disease toll: Experts suspect there are between 100,000 and 300,000 infections of Lassa fever annually, with around 5,000 deaths, though the true toll is unknown given limited surveillance and limited evidence emerging of infections in previously non-endemic areas.

MERS-CoV is one of three coronaviruses to cause a significant threat to global health in the last two decades. As a viral respiratory illness, it is thought to spread via respiratory secretions such as coughing, but this has not yet been proven. So far, MERS-CoV doesn’t spread easily from person to person, unless they are in close contact. A MERS-CoV vaccine has gone as far as phase 2 clinical trials, though those candidates are now being tested for effectiveness against COVID-19.

Disease toll: Since it was first identified in 2012 in Saudi Arabia, sporadic outbreaks have caused 2,519 cases and 866 deaths.

SARS has already caused a global pandemic – back in 2003 - infecting 8,273 cases and killing 775 across 37 countries, which looks relatively insignificant now, compared with COVID-19. Yet there is no guarantee that the SARS virus won’t return, and cause much greater damage. Similar to COVID-19, the virus is thought to be transmitted by respiratory droplets produced when an infected person sneezes or coughs. Unlike COVID-19, however, when people are infectious with SARS they seem to always have severe symptoms, making them easier to identify.

A distant cousin of the measles virus, Nipah can kill up to 75% of people it infects and has caused frequent outbreaks in South-East Asia since its emergence in 1998. The virus can cause extreme brain swelling, the symptoms of which are headache, stiff neck, vomiting, dizziness and falling into a coma. Like many of the diseases on this list that originated in animals, Nipah is common in bats, specifically fruit bats in South-East Asia. The 2018 outbreaks in Kerala, in South India, was contained well, which has been attributed to the state’s relatively robust health infrastructure. It spreads through close contact with infected pigs and raw food contaminated with urine or saliva from infected bats. Infection through respiratory secretions such as coughs and sneezes when people are in close contact can also occur, though a concern is that the virus could mutate to spread much more easily.

Zika virus mostly causes mild disease, including fever, rash and muscle pain. However, in 2015-2016, Zika caused an alarming phenomenon of birth defects referred to as congenital Zika syndrome: in addition to higher risk of miscarriage, babies born to pregnant women infected with Zika are at risk of microcephaly. More recently, scientists have observed that babies previously born with no visible symptoms could exhibit problems such as vision loss later in infancy. Zika virus is spread by Aedes mosquitoes, which also transmit dengue and chikungunya viruses. The rapid spread of Zika virus in the western hemisphere in 2015 and 2016 demonstrates its pandemic potential.

This disease mostly affects animals, especially livestock, and is usually spread through the bite of an infected tick, but people can get infected when they come into contact with recently slaughtered infected animals. There have been some reports of human-to-human transmission through exposure to bodily fluids of infected people. Early in an infection, the virus causes flu-like symptoms and sometimes light sensitivity or a stiffness of the neck that people might confuse with measles, but later on patients can develop severe, uncontrollable bleeding. Crimean-Congo haemorrhagic fever is endemic to many countries in Asia, Africa and the Balkans, where the tick species that spreads it is found.

Disease toll: In Afghanistan, where cases have been steadily growing, there were 483 cases and 59 deaths in 2018.

Rift Valley fever is a mosquito-borne disease that mostly affects animals, but people can be infected when they come into contact with the bodily fluids, such as blood or milk, of infected animals. They can also be infected through mosquito bites. No human-to-human transmission has been documented so far. When humans are infected, a mild case can involve fever and muscle aches, but more severe cases can cause blindness, swelling of the brain or uncontrollable bleeding. Several countries in Africa have reported outbreaks for decades, and since 2000, Rift Valley fever outbreaks have expanded to the Middle East. As a disease particularly sensitive to the El Niño phenomenon, the increase in extreme weather events, related to climate change, drive increased risk of spread.

Monkeypox produces symptoms similar to smallpox, such as a widespread pustular rash with fever and exhaustion. It is mostly spread by contact with wild animals such as rodents and primates, but can be spread between people through contact with lesions, body fluids, respiratory droplets or contaminated clothes or bedding. The vaccinia vaccine that was used to eradicate smallpox can also protect against monkeypox, and a new third-generation vaccinia vaccine has now been approved for prevention of monkeypox. Global travel and trade in pets have caused monkeypox to spread from Central and West Africa to North America and European countries such as the UK, although all resulting outbreaks have been brought under control so far.

Disease toll: In the Nigerian outbreak between 2017 and 2019, 300 people had become infected with monkeypox, about 6% of whom died. In the ongoing outbreak in DRC, over 5,000 people are suspected to have been infected. 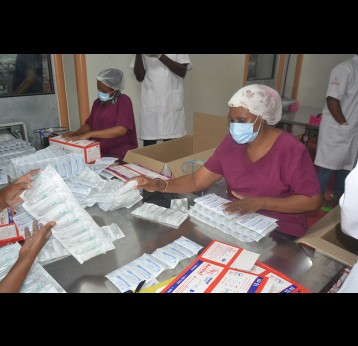