Arriving at the First Vaccine: An Abridged History of Vaccination, Part 1

As early as the 1500s, efforts to halt the spread of smallpox included risky procedures designed to trigger immunity. By the 1800s, these methods – collectively termed “variolation” – had been supplanted by the earliest example of a new, safer approach: vaccination. In the first of a two-part series on the history of vaccination, VaccinesWork tells that story. 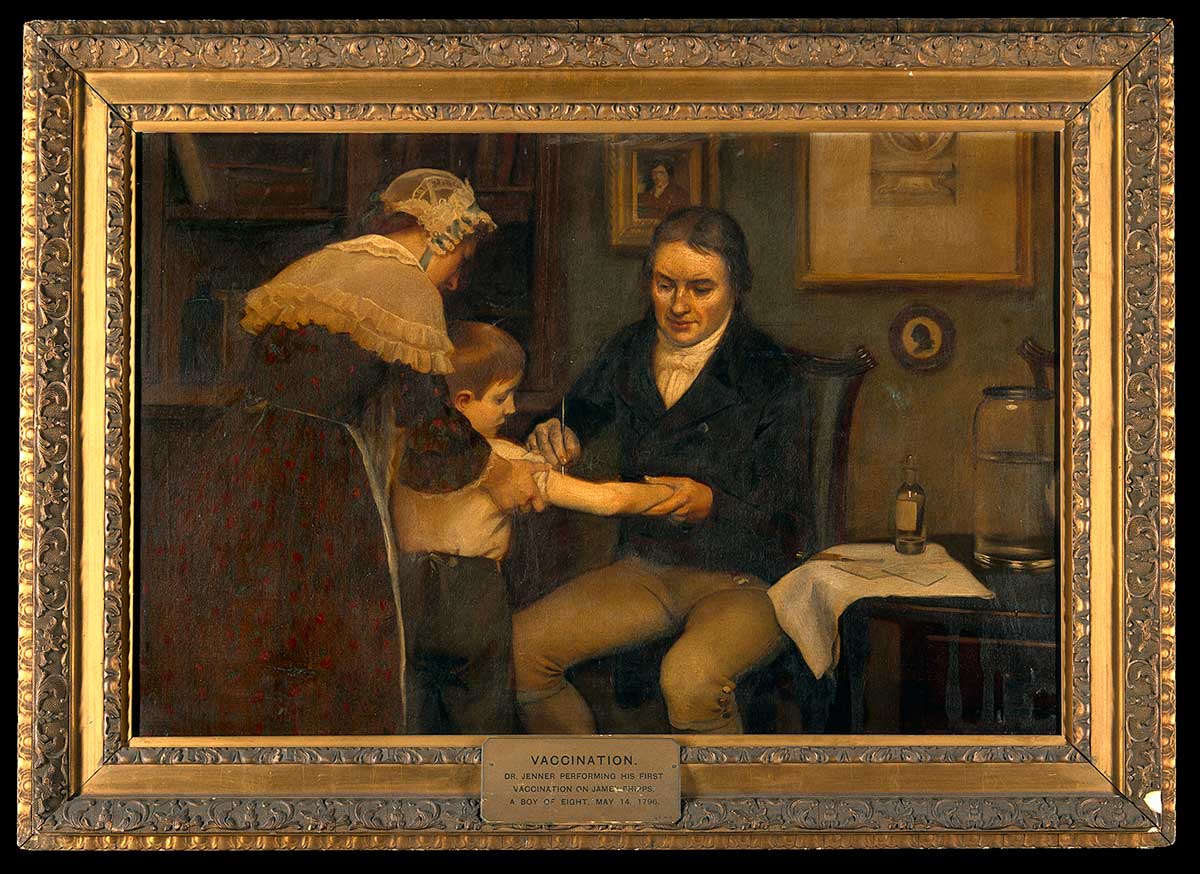 “Something of the smallpox”: immunisation before vaccination

In 1716, Cotton Mather, an influential Puritan minister in New England, read a report from Constantinople which described a local method of “procuring the smallpox by incision.” The procedure was called “inoculation” or “variolation”, and although he had never heard of its use in Europe before, Mather realised the method sounded familiar. He penned a reply:

Enquiring of my Negro-man Onesimus, who is a pretty Intelligent Fellow, Whether he ever had the Small-Pox; he answered, both Yes, and, No; and then told me, that he had undergone an Operation, which had given him something of the Small-Pox, & would for-ever praeserve him from it.1

Onesimus was an enslaved man, born a Garamante in what would today be southern Libya. Among his people, he said, the process of variolation was well-known: pus from the lesion of a smallpox sufferer was smeared into a cut in the skin of a healthy individual. He showed Mather the scar it had left on his own body. “Whoever had the courage to use it was forever free of the fear of contagion,” Mather wrote, recalling Onesimus’s story.

Nearly half a century after its eradication, the scale of the smallpox threat is hard to grasp. It killed between 20% and 60% of the people it infected. As many as 9 in 10 infected babies were perished. For sufferers, the symptoms were excruciating, and epidemics were common: some 400,000 Europeans died of it each year in the 18th century. When smallpox invaded the Americas on European ships, it decimated whole populations, helping topple the Aztec and Inca civilisations.

A third of smallpox survivors were left blind, and most were disfigured by scars. But all of them were completely spared by later outbreaks – a fact which must have enthralled more than a few inquiring minds.

In fact, the discovery that it was often safer to deliberately infect patients with tiny doses of smallpox, pre-empting more serious "wild" infection, was neither uniquely Ottoman nor uniquely Garamante. There are records of smallpox “insufflation” – the snorting of powdered smallpox scabs – from China in the 1500s, and 18th century accounts from India suggest needle-based inoculation had already been in use in parts of the subcontinent for hundreds of years.2 The science was hazy but the goal was clear, and intuitive: produce an infection minor enough to keep the patient safe, yet robust enough to trigger immunity.

The early-mid 1700s were the moment of inflection for the Anglophone West. As Cotton Mather's fascination with the public health potential of variolation took hold in the New World, Lady Mary Wortley Montagu, a smallpox survivor and the wife of the British ambassador, sent home a letter from Constantinople. “I am going to tell you a thing which I am sure will make you wish yourself here,” she wrote, prefacing a description of variolation, which, she raved, rendered the dreaded smallpox – “so fatal, and so general amongst us” – all but “harmless” amongst the Turks. Her son was inoculated a year later. In 1721, she brought variolation back home, plugging the practice to the aristocracy and their physicians. By the late-middle century, smallpox inoculation was more-or-less routine in Britain.

Routine, but still risky: even after a family of clinician-scientists, called the Suttons, established a new gold-standard technique for variolation which resulted in a tenfold reduction in the chances of death, the risk of death was still 1 in 500. Furthermore, each deliberate exposure to smallpox matter risked seeding a new smallpox outbreak: though variolation was far safer than smallpox disease, it was compromised by its continued reliance on the unaltered, potentially lethal pathogen.

As luck would have it, smallpox had a milder cousin. It’s unknown how long certain dairy farmers had recognised that infection with the cowpox – a non-lethal viral disease typically passed from infected cattle to humans through cuts in the skin of milking hands – to be preventive of smallpox. But the widespread use of variolation represented a first opportunity to generate useful data revealing patterns of immunity.

Country doctors carrying out inoculations, puzzled by pockets of patients on whom even repeated inoculation with smallpox matter failed to raise so much as a single pustule at the site, were able to draw anecdotal connections to prior outbreaks of the cow pox.

One doctor, Edward Jenner, took up the work of disentangling fact from folklore. “Cow pox” appeared to be a name applied to at least three different diseases – two of which would offer the sufferer no future protection against smallpox. Jenner learned to distinguish “spurious cowpox” from the disease caused by infection with what he called “Variolae vaccinae”. True cow pox infection, he was able to satisfy himself, correlated with resistance to smallpox.

In 1796 a dairymaid called Sarah Nelmes presented with a cowpox pustule so textbook that Jenner was moved to sketch it for inclusion in his research. On 14 May, he selected “a healthy boy, about eight years old, for the purpose of inoculation for the Cow Pox” with the pus taken from Nelmes’s perfect pustule. A week later, the boy, a pauper child called James Phipps, developed mild symptoms, then recovered.

Jenner wrote: “In order to ascertain whether the boy, after feeling so slight an affection of the system from the Cow-pox virus*, was secure from the contagion of the Small Pox, he was inoculated the 1st of July following with variolous matter …  no disease followed”. A few months later, Jenner again inoculated Phipps with smallpox pus – and again, the boy showed no signs of infection. Jenner’s first vaccination was a success.

Jenner’s trials continued to show replicable successes. Despite initial medical wariness and tricky logistics – this kind of vaccine could not be transported but instead relied on a demanding a relay-race style roll-out from arm-to-arm – vaccination proliferated across continents. In 1801 Jenner was able to write: “The numbers who have partaken of [vaccination’s] benefits throughout Europe and others parts of the Globe are incalculable: and it now becomes too manifest to admit of controversy, that the annihilation of the Small Pox, the most dreadful scourge of the human species, must be the final result of this practice."

* At the time, the word "virus" simply meant pus-like substance. The modern meaning, referring to submicroscopic infectious agents, and our understanding of viruses didn't come into use until several decades later.

2. Claims that the roots of vaccination lie deeper still, leaving written traces in the ancient Vedic texts, are contested: https://www.academia.edu/451964/_A_Pious_Fraud_The_Indian_Claims_for_pre_Jennerian_Smallpox_Vaccination