Tales from the past
EducationalCOVID-19Innovation

The age of modern vaccines: An Abridged History of Vaccines, Part 2

As the 19th century entered its final quarter, “vaccination” meant one thing: immunisation with cowpox against deadly smallpox. By the end of the 20th century, safe and effective vaccines existed against 26 killer diseases. In the second part of this two-part series, we tell the story of laboratory-designed vaccines. 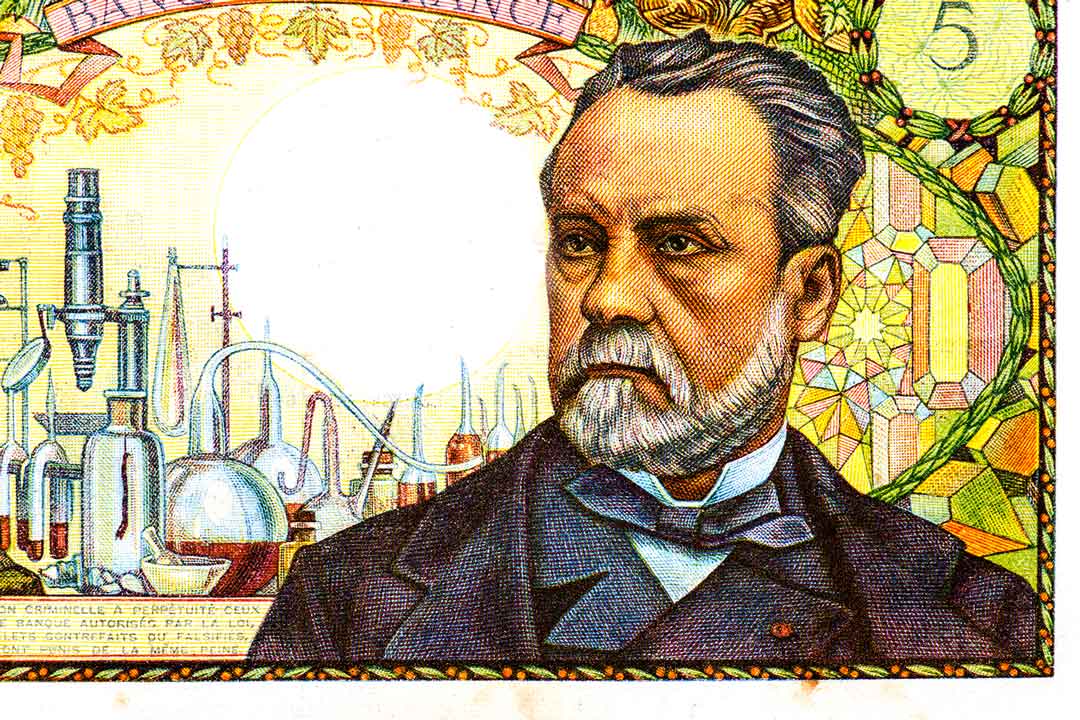 In 1879, Louis Pasteur – 57, already famous, already bearded and bespectacled – was arriving back at his laboratory in Paris after a holiday. He expected to pick up where he had left off in his investigation of Pasteurella moltocida, the bacterium responsible for chicken cholera, which he had learned how to culture the previous year. But during his absence the assistant whom Pasteur had instructed to carry on inoculating the chickens with the Pasteurella had forgotten about it. For a whole month, the pathogenic brew had idled, unrefreshed,1 in the lab, with just a cotton-wool plug for protection from the elements.

When the lab’s chickens were subjected to the neglected bacterial preparation, they didn’t die – instead, they displayed mild symptoms and then recovered. Pasteur, both curious and economical, inoculated the same birds with a fresh batch of Pasteurella. They remained defiantly healthy.

Had oxygen exposure blunted the potency of the cultured bacteria? Pasteur determined that it had – and reasoned that the enfeebled “germs” primed the chickens’ defences against full-strength reinfection, much as inoculation with pus from cowpox sores prompted human resistance to deadly smallpox.

More than 80 years had passed since Edward Jenner had established the protective powers of ‘vaccination’. The concept remained as specific as its name: vaccination like vaccinia – Jenner’s name for cowpox. But cowpox was found in nature – a medically convenient, ready-made, non-lethal cousin of the smallpox virus. Pasteur had just shown that it was possible to create a “vaccine2” in the lab, by weakening a pathogen to the point that it was safe, but still immunogenic.

“Attenuation” was a promising approach for vaccination against other diseases, too. In 1880, Pasteur’s scientific ambition fixed on this new horizon. By March 1881, he was calling stridently for a large-scale public experiment on anthrax3 vaccination in animals. In May, in front of a gathered corps of journalists, he inoculated some 30 farm animals with an attenuated anthrax culture. In early June, both these creatures and an unvaccinated control group were exposed to the pathogen. The unvaccinated cows grew sick; the unvaccinated sheep and goats were dead by day’s end. All but one of the vaccinated animals – a goat who was found at post-mortem to have suffered a fatal abnormality in her pregnancy – were unharmed. It was, Pasteur proclaimed, the 'éclatant succès', or resounding success, he needed to vindicate his bold public claims.

Building on observations published by Victor Galtier, Pasteur and his partners began work on a live-attenuated vaccine for rabies. By 1884, they had discovered that attenuating the rabies pathogen – a virus rather than a bacterium, which Pasteur was unable to culture or examine on a microscope slide – demanded a different technique. They eventually found that passing the infected material repetitively through animals of dissimilar species weakened the pathogen enough to make for a successful canine vaccine.

In July 1885, for the first time, Pasteur and his frequent collaborator Émile Roux had the chance to test their vaccine on a human: 9-year-old Joseph Meister had been badly bitten by a neighbour’s rabid dog. Today we know that rabies in the absence of vaccination is universally fatal. Joseph was facing an agonising and certain death. Pasteur began to treat the boy with progressively more virulent rabies inoculations over a course of ten days. Three months and three days later, the boy was declared out of danger. By the end of 1886, Pasteur’s vaccine had been used to treat 350 human rabies patients. Only one succumbed to the disease.

As the 19th century gave way to the 20th, a bumper crop of man-made vaccines arrived on the medical landscape. A live-attenuated vaccine for human cholera was created by Spanish physician Jaime Ferrán in 1885. In 1896 in Germany, Richard Pfeiffer and Wilhelm Kolle showed that killed typhoid bacteria could still produce human immunity to typhoid fever; an oral typhoid vaccine was proposed by US army scientist James Carroll in 1904. In France, that year, scientist Albert Calmette and veterinarian Jean-Marie Camille Guérin began what would become nearly a decade and a half of research towards the live-attenuated tuberculosis vaccine we still know as BCG (Bacillus Calmette-Guérin) – and continue to use, though it is widely deemed insufficiently protective. New approaches debuted: in the 1920s, formaldehyde-inactivated toxins proved protective against first tetanus and then diphtheria4.

To the first vaccine-hunters, viral diseases often proved particularly elusive. At the turn of the century, viruses remained invisible to science – hard to culture in the lab and, before the advent of electron microscopy, impossible to see.

Technological advances brought virologists closer to their research subjects. In 1937, South African virologist Max Theiler and his associates reported that they had developed a live-attenuated vaccine for yellow fever using tissue from an embryonated chicken egg. Theiler’s breakthrough won him the 1951 Nobel Prize – the first, and until now, only, Nobel Prize awarded for vaccine development.

“The vaccine works. It is safe, effective, and potent5”: The tide turns on polio

In 1949, researchers in Boston working on the chicken pox virus chanced into a technique that enabled poliovirus to grow on embryonic skin and muscle tissue. The door to polio vaccine testing swung open. In March 1953, the slightly reedy voice of Jonas Salk, a New York medical researcher, quavered out of the radio, announcing that he had successfully tested an inactivated – that is, formaldehyde-killed – vaccine candidate. In 1955, his vaccine was declared 90 percent effective – “an historic victory over a dread disease,” in the words of one contemporary newsreader.6

Getting vaccines to the people: the first concerted global immunisation campaigns

By the middle of the 20th century, it was established fact that vaccines were a versatile and life-saving technology. But it was also clear that a gulf lay between a viable vaccine and its successful roll-out. Bridging that gulf demanded further innovation – both inside and outside of the lab.

A good 150 years had passed since Jenner wrote of smallpox vaccination: “the annihilation of the Small Pox, the most dreadful scourge of the human species, must be the final result of this practice.” Countless lives had been spared, but this ultimate potential was unfulfilled. The mechanisms of vaccination were less perfect than the vaccine. Until the late 19th century, the best way to transmit the vaccine virus was arm-to-arm, a practice that broke down when the infection failed to take, and often communicated other blood-borne illnesses, like hepatitis or syphilis, along with the protective dose. A discovery that the vaccine could be grown in the skin of calves, and could be packaged, purified and preserved changed that. But even then the vaccine suffered in hot climates.

In 1953, a British scientist called Leslie Collier worked out how to freeze-dry the smallpox vaccine. Suddenly, the skittish substance was stable in weather as hot as 45 degrees Celsius for as long as six months. Jenner’s ambitious forecast hurtled into the realm of practical possibility; modern science agreed: smallpox, unlike most diseases, was theoretically eradicable.

In 1966, the World Health Organization kicked off a lightly-staffed, inexpensive campaign7 with a mammoth goal and a tight, ten-year deadline. It was nicknamed "Target Zero". Innovation moved out of the lab: unprecedented networks of trained vaccinators sprouted in countries across the world. New modes of dissemination were hashed out to get vaccines across demanding geographies. The campaign galloped forward. By the end of 1970, South America was smallpox-free. In 1975, the virus was eliminated in Asia. In 1977, the last known wild case of smallpox was diagnosed in Somalia: Ali Maow Maalin, a 23-year-old hospital cook, survived. Smallpox was, at last, annihilated.

But even before the campaign concluded, it had morphed into the opening chapter of a larger and more enduring project: the Expanded Programme on Immunization (EPI). Along the channels built during the smallpox battle, immunisation on a global scale worked. It saved lives, it saved money. Couldn’t other vaccines be ushered down those same pathways? As Donald A. Henderson, director of the smallpox eradication campaign, wrote after the campaign’s successful conclusion: “There is a need to recognize that we have now an immensely valuable resource, a global system for vaccine delivery.”

In its first iteration, the EPI roster included immunisations against diphtheria, pertussis, tetanus, measles and polio, as well as the BCG vaccine. Over the years, new antigens have joined the ranks of routine immunisation. Nearly a century and a half after Pasteur accidentally immunised a chicken in his laboratory – and was brilliant enough to spot the significance – an estimated 80 million deaths have been prevented by vaccines in 92 lower-income countries since the start of the century. And while that number is astounding, it’s only the beginning: after 200 years of vaccine development, only about 30 diseases qualify as “vaccine-preventable”.

Despite rapid advances in the last year in response to COVID-19, more investment is urgently needed in new vaccines and new vaccine technologies. Because with more than 300 emerging infectious diseases identified since 1940, new pandemic threats lie in the future.

1. Typically, Pasteur and his assistants “refreshed” the bacterial cultures every few days, by re-infecting an animal host.

2. The comparison to Jenner’s discovery was one Pasteur insisted on in more than his chosen terminology: “Everything is not as new as you might think at first glance,” he observed in a March 1880 communication.

3. Pasteur was not alone on the frontier. A veterinary professor called Toussaint had conducted successful experiments on anthrax attenuation before Pasteur, inspiring his rival’s interest in the bacillus. An essay by Robert Koch shines an uncompromising spotlight on Pasteur’s apparently too-much elided scientific debts.

4. Interactive timelines at Nature and historyofvaccines.org offer comprehensive walk-throughs of key milestones in vaccine science through the years.

6. The Salk vaccine was phased out during the subsequent decade in favour of the live-attenuated oral vaccine developed by Albert Sabin. Together, the vaccines achieved a historic rout. Today, polio remains endemic only in Pakistan and Afghanistan.