Stockpiles of this vaccine are going unused in France and Germany, and unfounded criticism of it may be partly to blame. 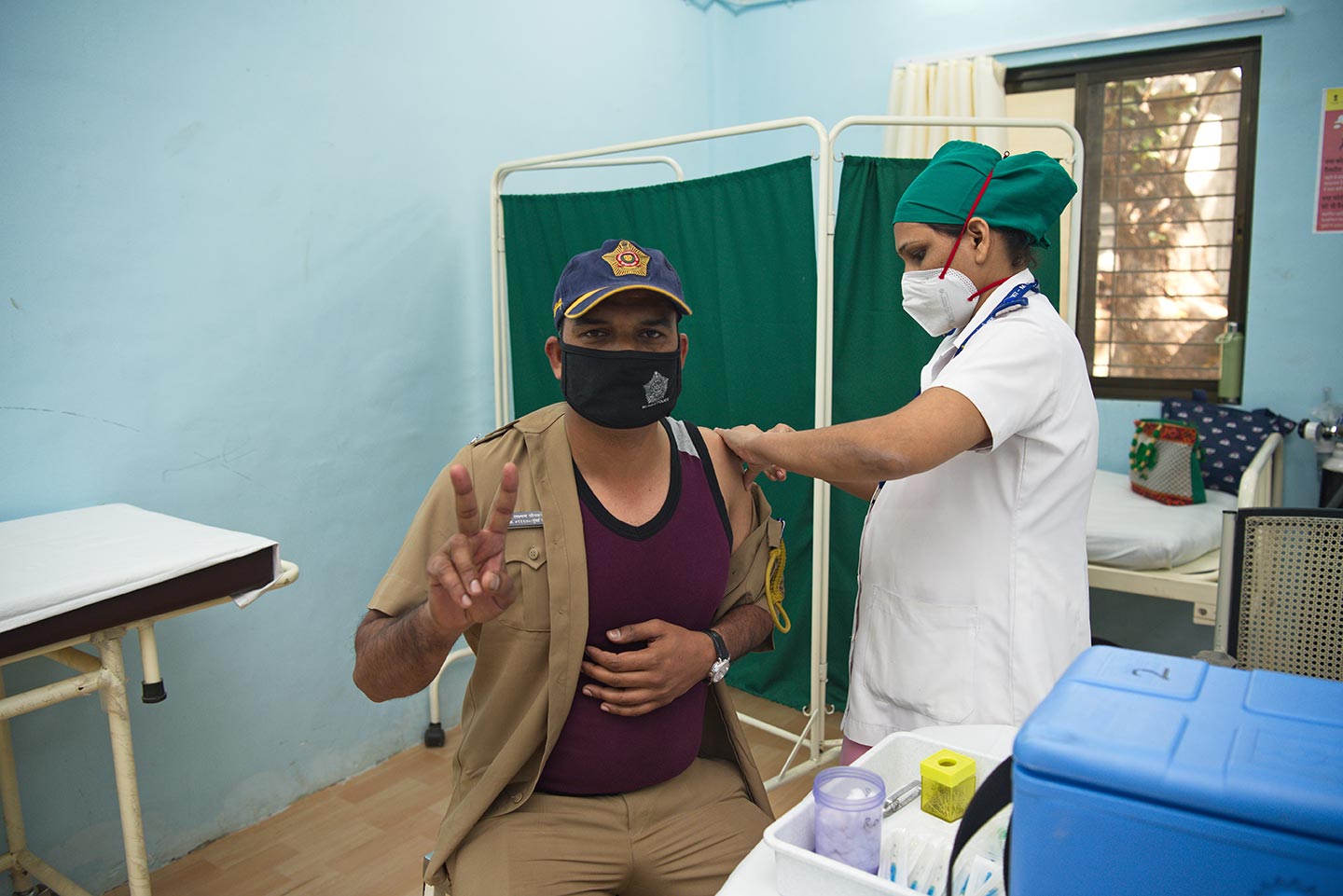 At the start of the year, one of the main causes of the EU’s slow rollout of COVID-19 vaccines was lower than expected supplies from AstraZeneca. Fast forward a few weeks and the EU’s vaccination programme still trails far behind the UK and US, but politicians and those in public health now have something else to worry about: low uptake of the AstraZeneca vaccine. In France, over three-quarters of AstraZeneca vaccines remain unused. In Germany, the figure is two-thirds.

The European Medicines Agency approved the AstraZeneca vaccine for all adults in late January. But several European countries, including France and Germany, restricted its use in over-65s due to a lack of data about its effectiveness in older people.

French president Emmanuel Macron went as far as to claim that the vaccine was “quasi-ineffective” in older age groups. Quoting an anonymous source in Germany’s health ministry, the German newspaper Handelsblatt reported that the jab was more or less ineffective in the elderly.

Real-world data since released by Public Health England suggests that these statements were unfounded. In the over-80s, a single shot of either the AstraZeneca or Pfizer vaccine appears to be over 80% effective at preventing hospitalisation (though this research is a preprint, meaning it still needs to be reviewed by other scientists). The French and German regulators have both now reversed their advice not to give the vaccine to over-65s.

Low uptake of the AstraZeneca vaccine partly relates to logistics. Older people have been the focus of vaccination efforts in both France and Germany and are only now getting access to the vaccine. Younger people, for whom the vaccine has always been technically available, haven’t yet been targeted in large numbers, which has left a lot of stock on the shelf.

But at the same time, there are also indications that the French and German regulators’ prevarications – as well as loose talk from politicians and bureaucrats – have undermined confidence in the AstraZeneca vaccine. German chancellor Angela Merkel has said that there’s now an “acceptance problem” with it. What’s most worrying, though, is that this is not the extent of Europe’s vaccine confidence problem. Rather, these are factors that compound issues of vaccine hesitancy that were already there.

Even before COVID-19, levels of vaccine confidence in Europe were worryingly low. In 2019, the Wellcome Trust released a report on global attitudes towards science. It found some of the lowest levels of vaccine confidence were in western Europe, with only 47% of the French population agreeing that vaccines are safe and 68% believing they are effective. But what explains this?

In the same year, I published a study that compared levels of support for populist political parties in the European Parliament elections with survey data on vaccine confidence collected by the Vaccine Confidence Project. The results were remarkably clear: in countries such as France where anti-establishment politicians received more votes, vaccine confidence was lowest – that is, high proportions of the population disagreed with the statements that vaccines were safe, effective and important.

In contrast, nations where there was little support for populists had the most positive attitudes to vaccines. At around the same time, I helped the Guardian analyse survey data that showed that 12% of voters for Macron, a political centrist, believed that dangerous side-effects of vaccines were hidden from the public, compared with 44% of voters for the far-right Le Pen.

What explains this link between populism and low vaccine confidence? Both are driven by a profound distrust in established elites and experts. In the political arena, this manifests as a rejection of the centre-left and centre-right parties that have dominated western European democracies for the last few decades. In the sphere of public health, vaccine hesitancy is driven by distrust of elites and experts – politicians, doctors and pharmaceutical companies – who promote vaccine programmes.

Support for populist politicians and parties remains strong in Europe – Le Pen is leading Macron across a number of polls for the 2022 French presidential election, for example. This reflects a broader social context that fosters vaccine scepticism. It is, therefore, unsurprising that concerns about the AstraZeneca jab have undermined confidence in it. It could have been predicted that in this climate, statements that placed elite medical expertise in doubt – such as those from President Macron or Handelsblatt – would be particularly problematic.

It’s helpful, too, to remember that attitudes to vaccines sit on a continuum. At one extreme are the convinced antivaxxers, who propagate wild conspiracy theories and attract great attention. But a far larger proportion of the population lie towards the centre of this continuum.

These “fence sitters” want to work out what’s best for them and their families, have perhaps been exposed to vaccine misinformation, and are unsure whether vaccines are safe and effective. They may be particularly swayed by eye-catching statements in the mainstream media that undermine vaccines – but they can also be influenced positively, too. Support for COVID-19 vaccines in France generally is low at 40%, but has risen significantly since November 2020, when it was just 25%. If fence sitters can be swayed, confidence can be built.

Vaccines are the most important tool we have to end the pandemic. But with large stockpiles of the AstraZeneca vaccine in countries like France and Germany, it’s vital that politicians look beyond the issue of supply, which is still a dominant focus. The millions of unused AstraZeneca doses highlight that it’s crucial to understand how fragile vaccine confidence is in some European countries, and to make sure ill-advised comments don’t undermine demand.

Jonathan Kennedy does not work for, consult, own shares in or receive funding from any company or organisation that would benefit from this article, and has disclosed no relevant affiliations beyond their academic appointment.

Queen Mary University of London provides funding as a member of The Conversation UK.