Bird flu: How worried should we be?

Reports of a human infection with H3N8 bird flu in China and now the US1 are reminders that avian influenza remains an ongoing threat. We spoke to Professor Ian Barr and Dr Michelle Wille about the current level of risk it poses, and what can be done to mitigate it. 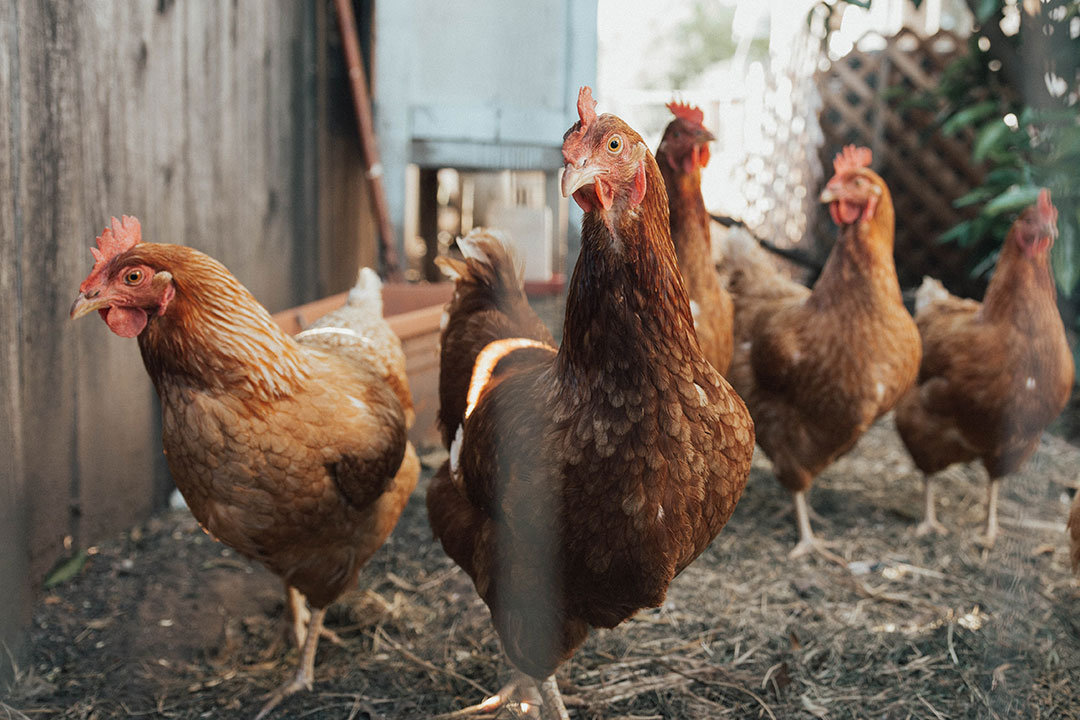 Photo by William Moreland on Unsplash

Scientists have been warning about the risk posed by bird flu, and especially H5N1 bird flu, for more than a decade. What has changed?

Michelle Wille: Just like SARS-CoV-2 has a spike protein on its surface, influenza has haemagglutinin (H) and neuraminidase (N) surface proteins, of which there are 16 and nine different subtypes. These occur in different combinations, defining the virus.

Notifications [of infections in poultry and wild birds] have been extraordinarily high in recent months.

In the mid-2000s, there was quite a lot of H5N1 activity in birds, but after about 2008 it continued to circulate in some countries where it was endemic in poultry. But we didn’t really see very high case-loads. Then, in 2014, we saw the evolution of the virus’s haemagglutinin gene, to this lineage known as 2.3.4.4. Essentially, this change allowed wild birds to become infected and they didn’t necessarily die from it, and so we saw the massive transport of it around the world.

There was also a change in the N protein, with H5N8, rather than H5N1, becoming the dominant strain globally. We also started seeing N5N6 and H5N2 strains – so we sometimes refer to these strains as H5Nx. Since then, we’ve seen plenty of outbreaks of H5Nx. The big change is that mid-last year, we saw the re-emergence of H5N1. Coinciding with that, notifications [of infections in poultry and wild birds] have been extraordinarily high in recent months.

Is this H5N1 strain different to the one that was causing infections in the mid to late Noughties?

Ian Barr: The number of birds and the number of outbreaks in different wild bird species is higher this time around. It may be because this virus replicates to a higher level, or perhaps it’s replicating in slightly different tissues. I don’t think we’ve really nailed why.

The haemagglutinin part of the virus is quite similar to the H5Nx viruses circulating in 2014-15 (which are all related to the 2.3.4.4 lineage); it’s the N part of it which has changed. Either the new N, or changes to some of the internal genes, have given this virus a bit more oomph, and pushed out the other viruses that were previously widespread in Europe and Asia.

Obviously, this is bad news for birds, especially endangered species. But should humans be concerned for their own health?

Ian Barr: These are still avian-like viruses, but between 2014 and 2022, H5N6 has caused 77 human infections with 32 deaths (mostly in China). Of recent concern has been the apparent increase in H5N6 human cases in China: In 2021, 33 cases and 11 deaths were reported, along with a further 17 cases with at least five deaths up to 16 March 2022. These recently increased numbers may be due to enhanced respiratory and pneumonia surveillance during the COVID-19 pandemic, but the situation needs to be closely monitored.

From the information I have, there’s been no onward transmission to family members or anything like that, which would be a red flag that there was something unusual about this virus.

Compared to the number of poultry infections, these human infections are probably somewhat insignificant. But with so much virus out there, re-assorting and mutating in so many different species, you can’t be 100% sure that something untoward isn’t going to happen.

Michelle Wille: The human cases to date have all been in individuals who’ve been interacting with birds: they’re poultry workers, people who have poultry in their backyards. We don’t have any instances of human-to-human transmission, which is why we deem the risk of these viruses to be quite low for the average person at the moment.

What about this human case of H3N8 bird flu in China; is this anything to worry about?

Ian Barr: I don’t think there’s anything particularly concerning about this virus. We know that H3N8s can infect a fairly broad range of species – poultry, wild birds, but also seals, horses, dogs – so, it is one of those viruses which is on our radar, and it needs to be followed carefully. But from the information I have, there’s been no onward transmission to family members or anything like that, which would be a red flag that there was something unusual about this virus.

What about other strains of avian influenza; do they pose a risk?

Michelle Wille: Between 2013 and 2017, there was a strain called H7N9 that was circulating in China, which people were really quite concerned about because it led to hundreds of human cases. Again, all of these people interacted with birds – there was never human-to-human transmission – but it demonstrates that there is the possibility for these viruses to go from birds to humans.

What would need to happen in order for human-to-human transmission to occur, and is it likely?

Ian Barr: There’s a number of changes that would need to happen, and even then, the virus would probably need to be passed between humans for a while to build up real transmission capability. So, it’s not just a snap of the fingers; it might take years, or decades, or it may never happen. But I don’t think we can be so blasé that we just ignore these things.

What can be done to mitigate the risk?

Michelle Wille: If we go back to the story of H7N9, you’ll find that this virus no longer causes human cases and is not reported in poultry as frequently, and that’s because a really effective poultry vaccination campaign was launched throughout China with a combined H5 and H7 influenza vaccine.

Other countries have gone down the route of trying to stamp H5 and H7 influenza out by killing the birds at affected sites, so they know for sure that the virus has gone, but that has pretty big economic costs, and is not too good for the birds either. The problem is that if it’s in the wild birds, they will continue to infect the poultry if they’re allowed outside. One possibility is starting to license these vaccines in countries outside Asia. Given the impact of the current H5N1 outbreak, we are perhaps reaching the time for that discussion to be had.

Measures have also been proposed to prevent spillover of influenza into wild birds, but it’s a hard thing to ask farmers to decrease poultry production or flock density, or to move production into places where the poultry won’t be close to wild birds.

If human-to-human transmission did occur, are you confident that the systems are in place to detect and contain a human outbreak?

Ian Barr: It depends where it occurred; some places are much better equipped to pick these things up than others. With COVID-19 now more or less endemic throughout the world, the first thing that doctors are going to be looking for in anybody presenting with severe respiratory illness is that. China is a little bit different: Influenza and avian influenza are standard things that they’ll test for with pneumonias of unknown origin – but for many other countries, I don’t think it would even be on their radars to look for avian influenza in humans.

Do you think the COVID-19 pandemic has left us better prepared for a potential influenza pandemic?

Ian Barr: We’ve learned a lot from the COVID pandemic. It takes a global effort to counter one of these diseases once it gets going, and the requirements to mitigate or ameliorate a respiratory disease on a global basis are enormous, as we’ve seen. I don’t think it would be any different if we had a widespread, and severe influenza pandemic. Many of the same problems would occur with producing enough vaccine in time, having effective drugs, and would probably require severe restrictions on all sorts of activities, similar to what we’ve seen with COVID-19.

I definitely think we’re in a better position in terms of getting a vaccine out quickly if a pandemic influenza strain emerged. How effective those vaccines would be, and how many doses you would need is the unknown. Traditionally, avian influenza vaccines do not produce really good, strong immune responses in humans. We haven’t yet tried mRNA vaccines with these viruses; we know they work to some degree, but how well they’d work and what level of protection they’d induce is still an open question. Even so, clearly with all of the different responses to COVID-19, many of those platforms could potentially be moved over to producing an influenza vaccine.

Ian Barr is deputy director of the WHO Collaborating Centre for Reference and Research on Influenza in Melbourne, Australia. Michelle Wille is a virologist specialising in the dynamics of wild bird viruses at the University of Sydney. Their latest paper on the risk posed by avian influenza is published in Science.