The science behind COVID-19
COVID-19COVAXEducationalVideos

Increasing vaccination coverage by even 1% can save thousands of lives and millions of dollars in medical and economic costs. 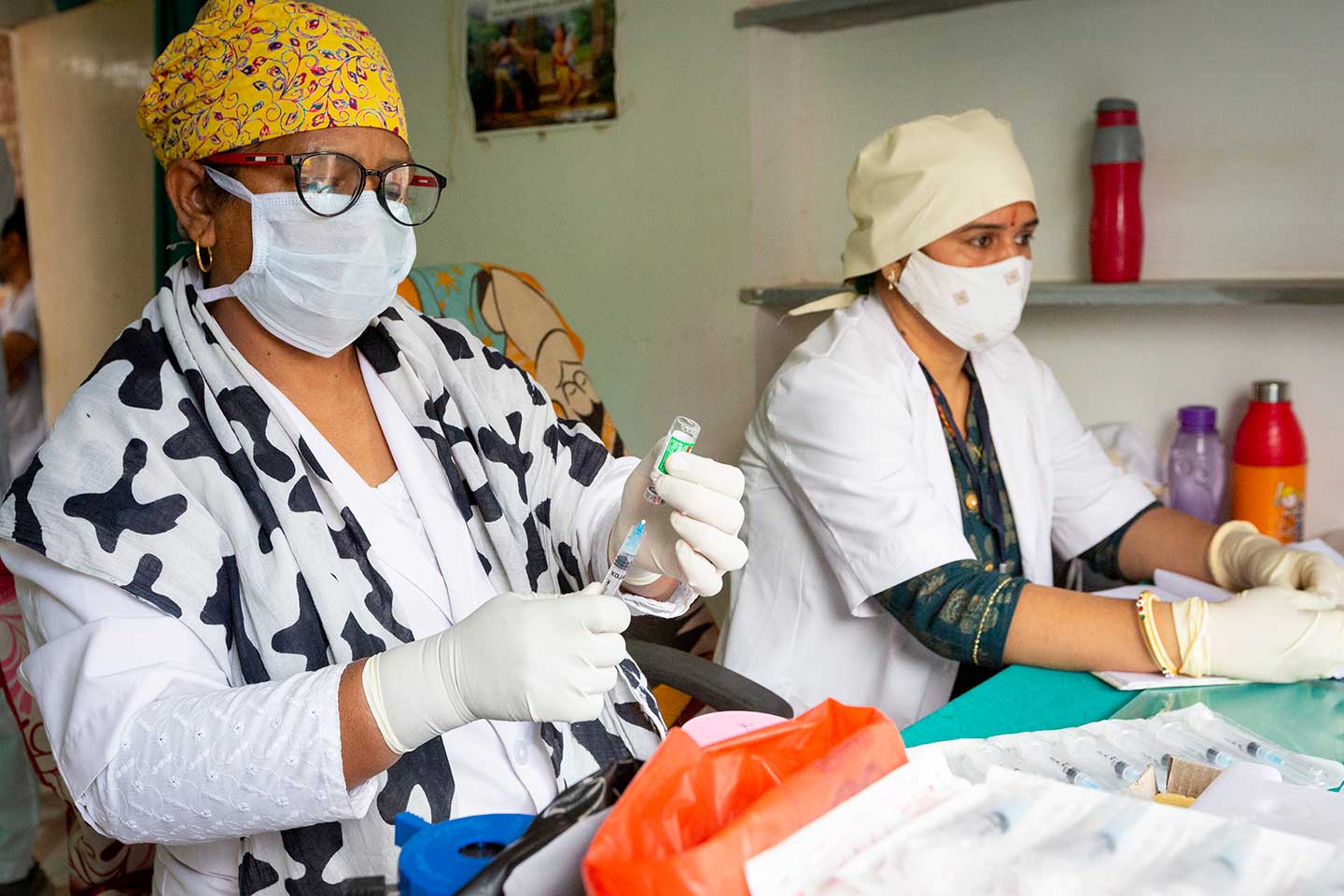 Countries around the world are rolling out COVID-19 vaccines, but vaccination is happening at various speeds for a range of reasons including supply bottlenecks, logistical challenges, issues with vaccine scheduling, and vaccine hesitancy or refusal. Even people who are willing to ‘wait and see’ and eventually be vaccinated are slowing the speed at which different groups are vaccinated. As restrictions ease, and as pandemic fatigue sets in – often leading to people taking a more relaxed approach to following measures such as mask-wearing or social distancing – the importance of vaccination remains high. Several researchers have called for vaccine rollouts to happen as fast and as equitably as possible.

The researchers found that the gains in protection really start once 20% of the population has been vaccinated.

Researchers developed a computer model of the spread of COVID-19 through the United States and simulated the impact of vaccinating different proportions of the population at varying rates with different types of COVID-19 vaccines. They then analysed the effects of these different simulations on hospitalisations, deaths and costs from healthcare and productivity loss.

The research, carried out by scientists from Public Health Informatics, Computational, and Operations Research, at City University of New York (CUNY) Graduate School of Public Health & Health Policy, the National School of Tropical Medicine at Baylor College of Medicine, and Johns Hopkins Center for Health Security published their paper in the Journal of Infectious Diseases.

The researchers found that the gains in protection really start once 20% of the population has been vaccinated. Going from 50% to 70% coverage could prevent 9.5 million cases and save US$ 10.8 billion in direct medical costs and productivity losses. But they found significant savings in lives and costs from relatively small increases in vaccination coverage and ensuring higher vaccination coverage levels sooner.

Their model found that achieving a 50% coverage in 180 days (e.g., by early summer) with a vaccine that is 70% efficacious resulted in a decrease of 20.9 million cases and 91,660 deaths. And every 1% increase in coverage between 40% and 50% coverage resulted in 2.1 million fewer cases, 9,160 fewer deaths, and saved more than US$ 960 million in direct medical costs and US$ 1.9 billion in productivity losses.

Increasing vaccine coverage is better at preventing cases than using a more efficacious vaccine, they say. In the same time duration, increasing coverage from 50% to 70% with a vaccine that is 70% efficacious decreases cases by 9.2 million whereas keeping the coverage at 50% but increasing efficacy of vaccine from 70% to 90% prevents 7.1 million cases.

Increasing vaccination coverage by just 1% can save thousands of lives and millions of dollars in medical costs and lost economic productivity. The researchers suggest that investing in a rapid roll-out at the start could save money that could be further invested in continuing vaccine delivery. The results also indicate that as long as a vaccine is safe, efficacy is less important than the speed at which people are vaccinated. They urge countries to focus on rapid rollout, pointing to concerns about emerging variants that could mean that some vaccines are less effective.