How has our urban world made pandemics more likely?

As more people have moved to cities, population density, human encroachment and increased global interconnectivity have contributed to the spread of infectious diseases. 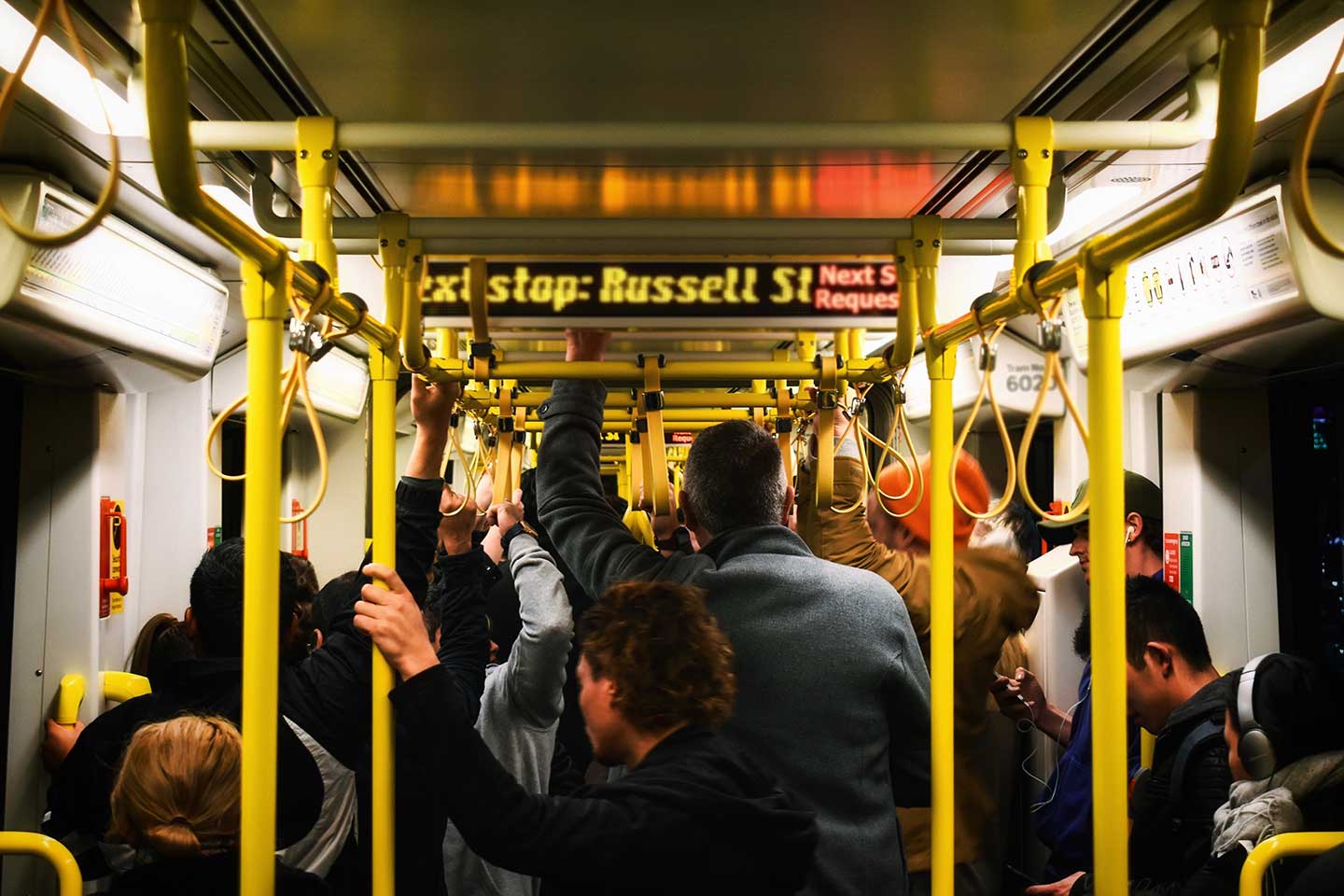 For decades, cities have represented many opportunities for a better life; employment and access to health care and education, to name a few. Cities have seen a significant influx from rural areas over the years; in 1950 one-third of the world’s population lived in cities and the rest in rural areas. In the coming decades, this is set to be inverted, with 68% of the global population projected to live in urban areas by 2050.

When the World Health Organization (WHO) declared the novel coronavirus a pandemic in March this year, it issued guidelines on how to reduce transmission. These guidelines include physical distancing, frequent handwashing and self-isolation.

However, for many people living in urban areas in low- and middle-income countries such restrictions often are not feasible or practical to follow. This can be due to a range of factors including: limited access to clean water and sanitation, which makes regular handwashing difficult to achieve; high population density, where large slums with several generations living under a single roof make physical distancing impossible; and a large proportion of the population being dependant on the informal economy. People who rely on informal incomes have no financial safety net from their place of work and cannot self-isolate because they need to provide for themselves and their families.

While these are examples of how urbanisation can make responding to a pandemic challenging, urbanisation can also increase the likelihood of pandemics. So why do cities provide ideal conditions for infectious diseases to spread?

As more people have moved to cities, population density, human encroachment and increased global interconnectivity have contributed to the spread of infectious diseases.

Cities are defined by their crowded nature; people living, travelling, working and studying in close quarters means more passive human-to-human contact. This can increase the risk of transmitting viruses. The increased number of passive encounters between people due to high populations and more opportunities for this type of contact to happen due to density can lead to a domino effect in terms of infectivity of viruses and diseases.

Every time an infected person makes contact with another person, they risk exposing those they’ve made contact with to the disease. Moreover, the speed with which diseases can spread in cities can mean that the number of cases rapidly increases, overwhelming the capacity of health systems to manage and respond to disease outbreaks, epidemics and pandemics, which has been the case during the COVID-19 pandemic.

The size of cities pose challenges to effective infectious disease response. The number of megacities in the world - cities with populations of over ten million people – is increasing. This number of people living in close quarters in itself can create ideal conditions for the spread of infectious diseases.

Megacities such as Delhi, New York City and São Paulo have been heavily affected by COVID-19 with each city reporting most of the confirmed cases in their respective countries. This implies that there may be a direct link between megacities and higher virus transmission rates.

At the start of the pandemic, New York City had a severe outbreak due to its large population. Concerns were raised about sufficient numbers of intensive care unit beds for those severely infected with COVID-19, even though the state has some of the best hospitals in the country. As a back-up plan, ad-hoc intensive care units and field hospitals were set-up but went largely unused as the state shutdown curtailed the spread of the virus.

As people are counted by the millions in cities, ensuring that there is adequate supply of medications and vaccines to treat and prevent diseases can be challenging.

For example, in 2016 Angola experienced the worst yellow fever outbreak the world had seen in 30 years. With most cases occurring in the capital city Luanda, the country managed to vaccinate 5.7 million of the city’s 7 million population against yellow fever using vaccines from the International Coordination Group (ICG) emergency stockpile. However, the stockpile became depleted while they still needed an additional 1.4 million doses just to ensure coverage throughout the capital city, let alone the rest of the country.

To make up for the shortage of vaccines, experts recommended fractional dosing of the yellow fever vaccine, administering one-fifth of a standard dose to provide temporary protection against the disease for at least 12 months. This helped control the outbreak and provide stopgap immunisation coverage to people in Angola and the Democratic Republic of the Congo (DRC), where the outbreak spread from Angola to bordering Kinshasa, DRC’s capital city, and ultimately ended the outbreak.

Due to ongoing movement of people from rural to urban areas, especially in low- and middle-income countries, affordable and adequate housing is often unavailable. As demand exceeds supply, unplanned slums and informal settlements grow. Since these settlements are overcrowded, poorly ventilated, and lack the infrastructure for adequate water and sanitation, they can put inhabitants at higher risk of infectious diseases.

Cholera and typhoid, for example, are transmitted through food and water contaminated with human faeces containing the pathogen. These diseases are highly prevalent in both rural and urban areas where open defecation is common, but pose an even greater risk where there is overcrowding and shared water sources. Since 2000, global rates of open defecation have reduced by more than half; nevertheless, 673 million people are still without access to adequate toilets according to a recent United Nations report.

In the case of COVID-19, the scarcity of clean water and personal living space has made it nearly impossible for many people to adhere to the preventative measures of frequent handwashing and physical distancing, as recommended by WHO.

When forests are cleared to make space for residential, commercial and agricultural purposes, habitats of a variety of animals are disturbed or destroyed. These human activities can bring us closer to isolated ecosystems which we wouldn’t necessarily have made contact with in the past, potentially exposing us to new pathogens that normally reside in animals and can then jump to humans.

Zoonotic infections currently account for 60% of reported emerging infectious diseases globally. Primates and bats have consistently been hosts for past viruses which have turned into epidemics and pandemics meaning they can also be vectors of future infectious diseases with pandemic potential. In order to manage this impending threat to global health, we need better understanding, surveillance and prevention of zoonotic diseases.

In recent times, aviation has been the fastest growing mode of transportation, enabling people to travel to global destinations in a fraction of the time that it used to. Despite concerns about its impact on climate change, flying remains a popular choice for domestic and international travellers.

However, considering COVID-19 and global lockdown measures, air traffic has seen its sharpest decline since 9/11. According to The International Air Transport Association (IATA) passenger demand in May 2020 dropped by 91.3% compared to May 2019.

Air travel has not only enhanced the interconnectedness of our world but has also accelerated the transmission of viruses and infectious diseases between cities. It is possible to travel from Nairobi to London to New York in less time it takes for a virus to incubate, meaning that air travel makes it possible for a virus to move across the globe quickly and undetected.

Moreover, many international airports in the world’s largest cities, such as London Heathrow, John F. Kennedy International Airport in New York and Dubai International Airport see tens of millions of passengers passing through each year. And besides the sheer number of people making indirect contact in airports, passengers can be in planes for hours on end inhaling tiny droplets created by people coughing and sneezing before the air has been filtered. During the 2003 severe acute respiratory syndrome (SARS) outbreak, 22 people were diagnosed with confirmed or probable cases of SARS after sitting within 7 rows of an elderly man who later died of atypical pneumonia a few days after the flight.

Before the COVID-19 pandemic, the number of international air travellers had doubled since after the SARS outbreak ended in 2003. This increase in global interconnectivity, combined with the growth of urbanisation and relentless human encroachment on natural habitats, is making it increasingly easier for viruses to spread.

However, the legacy of COVID-19 may impact where we choose to live; what once was a rural-urban migration may reverse over time if people favour less crowded living situations, possibly in the countryside. In the meantime, ‘smart’ urban planning to reduce overcrowding and increased access to health and preventive interventions like vaccines can protect the most vulnerable, and reduce the likelihood and spread of pandemics in the years to come.