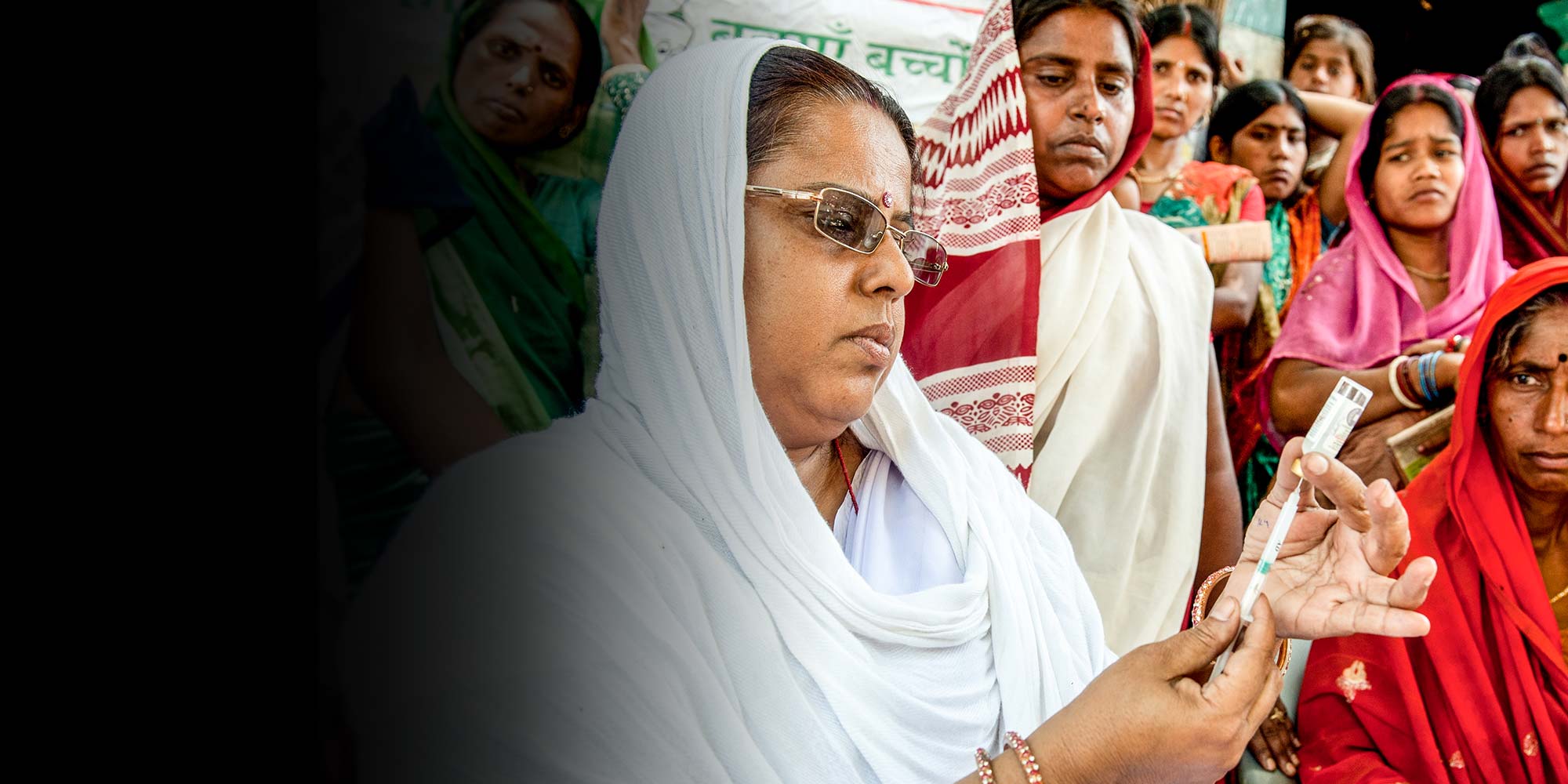 GENEVA – A recent poll found that one in three Americans would not be willing to receive a COVID-19 vaccine, while anti-vaxxers have reportedly gained at least 7.8 million new social media followers since 2019. Like the pandemic itself, anti-vax misinformation and rumors know no borders. The biggest tragedy is that the resulting vaccine hesitancy threatens to hurt poor people the most.

The poor have already been hit hardest by the pandemic, losing lives, livelihoods, and access to nutrition and health care. Increasing numbers of women and children from marginalized populations are falling outside the reach of public services – as reflected in the increased incidence of gender-based violence, the rise in teenage pregnancies, and the decline in skilled birth attendance. One million more children could die in the next six months because of the pandemic’s knock-on effects, with the bulk of these deaths occurring among the poor.

Vaccines protect up to three million lives every year. That is because they are often the first and only health service to reach poor households. People living in squalid conditions bereft of basic sanitation, safe drinking water, hygiene, cleansing agents, and adequate nutrition are most at risk of contracting and dying from vaccine-preventable diseases. And when ill, they often lack the financial means to access health care. Timely protection with vaccines, which keep diseases in poor communities at bay and reduce preventable child deaths, is therefore their best bet for survival.

By spreading misinformation, anti-vaxxers are increasing the risk of deaths among poor children. An explosion of vaccination-related falsehoods in the Philippines is a major reason why the country’s childhood immunization rate has plummeted from 87% in 2014 to 68% today. This resulted in a resurgence of polio and measles cases last year, with the poor bearing the brunt.

Similarly, in Cameroon, false rumors that the human papillomavirus (HPV) vaccine causes sterility is scaring parents into refusing it for their daughters. This has put millions of girls at risk of a virus that causes up to 90% of all cases of cervical cancer, which kills 311,000 women every year, primarily in low-income countries. Girls from poor communities need this vaccine the most, because they often have no access to cervical cancer screening, and their families cannot afford expensive treatment. The HPV vaccine is their best protection.

Most women who die of cervical cancer are in the prime of their youth, and leave behind infants and children. Their deaths thus have profound social and economic costs, especially in poorer settings. Do anti-vaxxers consider these implications?

The threat posed by misinformation is not confined to HPV vaccines. Equally dangerous anti-vax theories, often circulated via social media, make millions of children vulnerable to other highly preventable diseases and threaten to prevent the world from benefiting fully from COVID-19 vaccines when they become available.

The pandemic has upended the entire world, causing immense uncertainty and anxiety. The development of COVID-19 vaccines – and rapid, fair, and equitable access to them – is the only way to end this crisis swiftly. But it won’t end unless and until we boost people’s resilience to false information and build confidence in vaccines. Achieving this will require positive and fact-based information campaigns from trusted sources, and cooperation with social media platforms, so that their algorithms are not abused to propagate harmful rumors.

Besides curbing the flow of dangerous misinformation, we need to remind people that they have a right to be protected with vaccines. Historically, the wealthiest got preferential access to vaccines, while the poor had to wait decades. With the establishment of Gavi, the Vaccine Alliance in 2000, this stark inequity began to shrink. Today, rich and poor have almost equal access to life-saving vaccines.

In my home country, India, anti-vaxxers thwarted the introduction of life-saving vaccines in the publicly funded national immunization program for several years. As a result, vaccines for Hepatitis B, Haemophilus influenzae type B, rotavirus, and pneumonia were available only in private markets at exorbitant prices that only the rich could afford. Poor families whose children were dying in large numbers from these diseases did not have the money to buy vaccine protection.

The anti-vaxxers filed a legal petition in court to stop us from introducing these vaccines. On behalf of the government, I argued that “the petitioners are not against vaccines but against free vaccines for the poor.” The court concurred. This paved the way for the introduction of new vaccines and saved lives, particularly among the most vulnerable.

That episode raises the question of who has the least to lose from these anti-vax rumors. Often, they originate among people who are privileged enough not to care about timely prevention. They may live in areas where preventable diseases have been largely eliminated, and are perhaps protected by herd immunity through the vaccinations of those around them. And if they do get sick, they can access quality medical treatment. 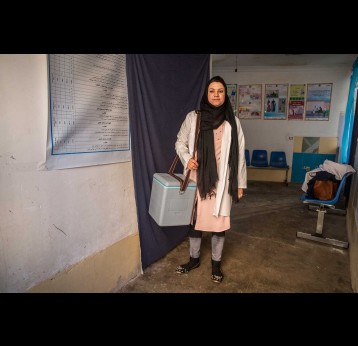 International Women’s Day: In pictures – a female vaccinator in Afghanistan 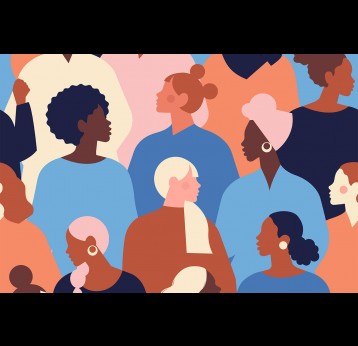 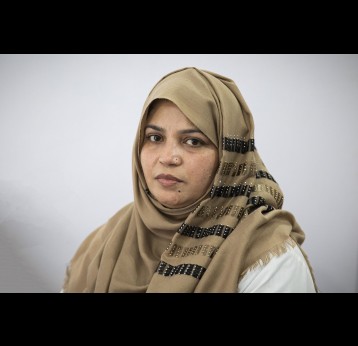 International Women’s Day 2021: “Women come to me and I guide them”

International Women’s Day: Chizoba Wonodi on the importance of a good mentor 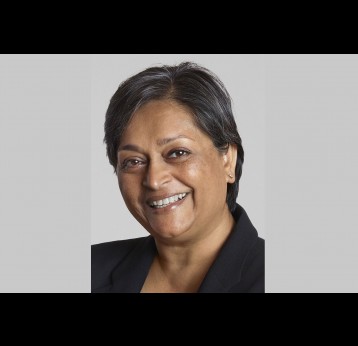 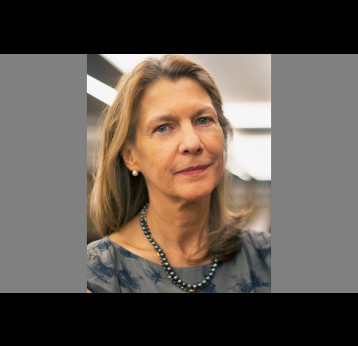