Omicron WHAT? A users’ guide to COVID-19 variant names

A Twitter user has nicknamed the latest Omicron subvariant “Centaurus”, and it has quickly gone viral. So, is it time to rethink the COVID-19 variant naming system? 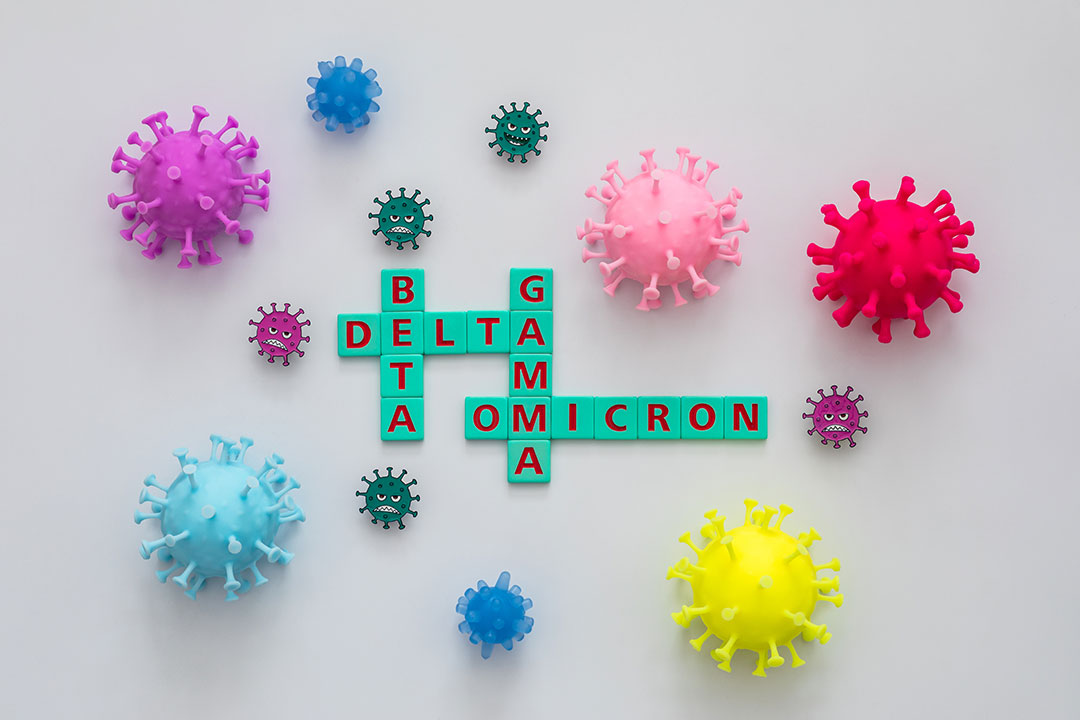 In the beginning there were A and B – the two earliest forms of SARS-CoV-2 that were detected in China in late 2019. As these viruses spread and acquired new mutations, their names accumulated additional numbers: A.1 and B.1, then A.2 and B.2, and so on. However, by late 2020, such alphanumeric mouthfuls as B.1.1.7 or B.1.351 had entered common scientific language.

Centaurus is not an official name for BA.2.75. Rather, Xabier Ostale, a member of the public who tweets about COVID-19 and how to stay safe, decided that he was fed up with the Greek alphabet system, and that he would name BA.2.75 after the galaxy Centaurus. “Get used to it. Today, I'm in command of anything pandemic,” he wrote.

This “Pango” naming system is underpinned by logic: Viruses are a bit like human families, with grandparents, parents, aunts, uncles, and – as time passes – an increasingly bewildering array of cousins, second cousins, and so on.

To keep track of these relationships, scientists create a kind of family tree, known as a phylogenetic tree, with children connected to their parents by branches, and to their cousins via offshoots from their grandparents further back in time.

But for many non-scientists, these names were confusing and difficult to recall, so journalists started labelling variants according to the country where they were first detected. B.1.1.7 became the “UK variant” and B.1.351 the “South African variant”.

The problem is these names are stigmatising for those countries: Often, governments put wide restrictions on movement from places where variants have been detected, while other areas are not considered, even though these variants may already be widespread there. This is a disincentive to report on new variants and a violation of fundamental rights.

To solve this problem, the WHO introduced its Greek alphabet system in May 2021, assigning Greek letters to those variants it considers may pose a significant new threat. These labels do not replace existing scientific names, they are just intended to simplify public communications and reduce stigma and discrimination.

For a while things were simpler: we had the Alpha, Beta, Gamma and Delta variants, but then along came Omicron, and the system become muddled once more.

If A and B are the roots of the SARS-CoV-2 tree, Omicron represents a very thick branch.  But as it continues to circulate, it is sprouting a dizzying number of descendants, all subtly different, because of the mutations they contain. And whereas reinfection with previous variants was rare, infection with an earlier version of Omicron (such as the original BA.1 variant) doesn’t mean you won’t catch one of its close relatives, such as BA.4 or BA.5.

Further complicating matters are hybrid or “recombinant” viruses such as XD – a recombinant of Delta and Omicron BA.1, which people started referring to by the nickname “Deltacron”.  These hybrids can arise when more than one variant infects the same person at the same time, and they interact during replication within the same cell.

Enter “Centaurus”: Officially known as the BA.2.75 variant, it was first detected in India in early May, where cases have risen steeply since. BA.2.75 has also since been detected in about ten other countries, including the UK, US, Australia, Germany and Canada.

Both the World Health Organization (WHO) and the European Centre for Disease Prevention and Control (ECDC) have designated it a “variant under monitoring”, meaning there is some indication that it could be more transmissible or associated with more severe disease, but the evidence for this is currently weak or has not yet been assessed.

Because it is a descendant of Omicron, albeit with some additional mutations, the WHO is continuing to refer to it as Omicron for now. However, if it turns out to behave very differently from other Omicron subvariants and is shown to have a public health impact, the WHO is likely to assign it a separate Greek name.

It has done this previously. For instance, when the B.1.617 variant, which was first detected in India in late 2020, was discovered to have split into two sublineages that behaved slightly differently, the WHO labelled B.1.617.1 the Kappa variant, and B.1.616.2 the Delta variant.

Centaurus and the Twitterverse

Centaurus is not an official name for BA.2.75. Rather, Xabier Ostale, a member of the public who tweets about COVID-19 and how to stay safe, decided that he was fed up with the Greek alphabet system, and that he would name BA.2.75 after the galaxy Centaurus.

“Get used to it. Today, I'm in command of anything pandemic,” he wrote.

Ostale later explained that people were more likely to understand nicknames than letters and numbers, and that continuing to refer to newer subvariants as Omicron, risked people lowering their guard against infection, because they equate Omicron with mildness.

“Not everybody is a PhD that gets informed everyday about variants and sublineages. They just watch the news from time to time,” he said. “If they are [told] BA.2.75 is surging in many countries, they are not going to get an idea, they won’t even be able to talk with others about it.”

The fact that the nickname has caught on suggests he may be right – regardless of the scientific accuracy of the name.

Despite the scary nickname (in Greek mythology Centaurus represents a creature that is half human and half horse), there is currently no evidence that BA.2.75 is more severe, and it is still too early to tell if it marks the beginning of the next dominant branch of SARS-CoV-2. Any ability it might have to escape existing immunity will need to be confirmed by experimental work, and epidemiological data is needed to know if it will have a significant public health impact.

But whatever people call it, its emergence is yet another example of SARS-CoV-2’s impressive capacity for change, and a warning that further variants and subvariants will continue to emerge for as long as large numbers of people continue to be infected. Continued surveillance of the virus is essential, as are measures to prevent infections and reinfections.

This includes vaccines, as well as improved ventilation, avoiding other people if you have symptoms, and considering wearing a good quality mask in crowded public spaces.