Could a variant-proof coronavirus vaccine be within reach? 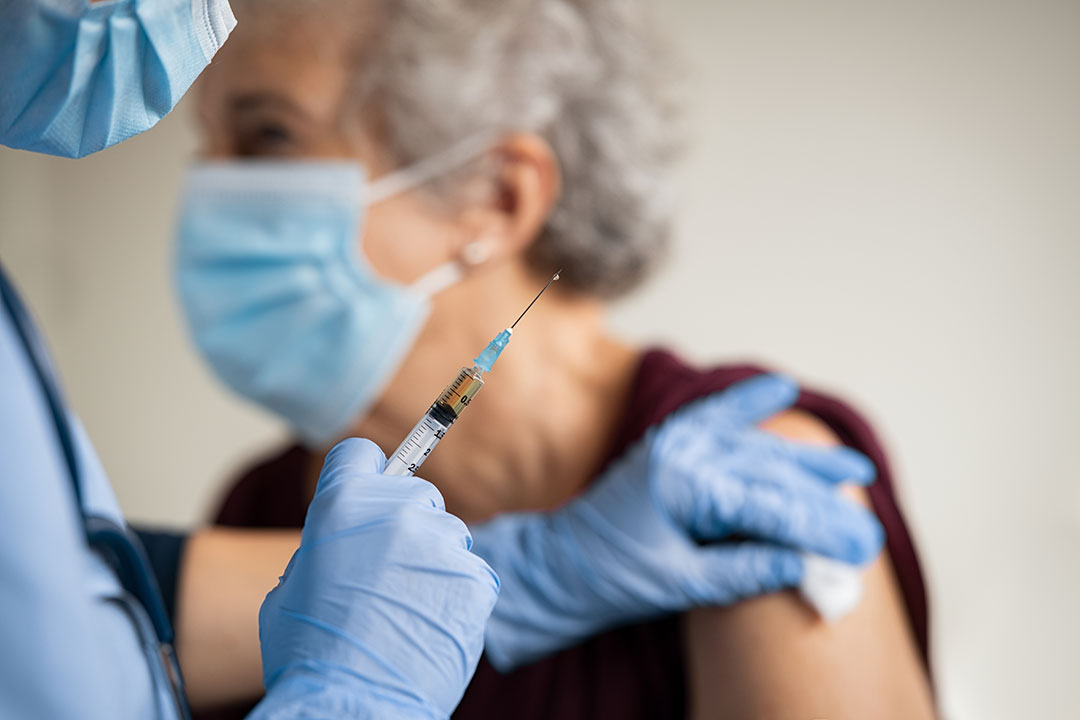 Close up of general practitioner about to vaccinate a senior woman.

Scientists have taken a step closer towards a vaccine that protects against all SARS-like betacoronaviruses, including future SARS-Cov2 variants, SARS and other viruses that are currently circulating in bats.

Tests in non-human primates suggest that a nanoparticle-based vaccine developed by researchers at the California Institute of Technology (Caltech) and the University of Oxford triggers broad immune responses against a spectrum of different betacoronaviruses, including animal viruses with the potential to spill over to humans.

Studies in mice and non-human primates suggested that the vaccine not only triggered protective immune responses against the viruses contained within the vaccine, but against some other SARS-like betacoronaviruses as well.

The research, published in the journal Science,paves the way for human trials of the vaccine, which will be funded by The Coalition for Epidemic Preparedness Innovations (CEPI).

Whereas most existing COVID-19 vaccines are based on parts of the spike protein from the original strain of SARS-CoV-2, the virus continues to mutate, meaning that vaccine-induced antibodies are less effective at preventing COVID-19 infections caused by newer variants than they once were. These antibodies also don’t protect against other types of SARS-like betacoronaviruses, such as the virus that caused the 2002-2004 SARS outbreak, or bat coronaviruses that also have pandemic potential.

By contrast, the new vaccine, called Mosaic-8, aims to focus immune responses on parts of the spike protein – known as ‘conserved’ sequences – that are shared by all members of the SARS-like betacoronavirus family, including future COVID-19 variants.

“What we’re trying to do is make an all-in-one vaccine protective against SARS-like betacoronaviruses regardless of which animal viruses might evolve to allow human infection and spread,” said Prof Pamela Bjorkman at Caltech, who led the research. “This sort of vaccine would also protect against current and future SARS-CoV-2 variants without the need for updating.”

To create the vaccine, the researchers attached spike protein fragments from SARS-CoV-2 plus seven other coronaviruses to a single nanoparticle using a protein “glue”. Each of these fragments contains elements that act as the molecular equivalent of hands, allowing the viruses to grab onto host cells and infect them. By showing these essential “body parts” to the immune system, it learns to recognise them and produce neutralising antibodies that effectively cut them off, preventing future infection.

Studies in mice and non-human primates suggested that the vaccine not only triggered protective immune responses against the viruses contained within the vaccine, but against some other SARS-like betacoronaviruses as well. For instance, vaccinated animals didn’t succumb to the virus that causes SARS, or to the COVID-19 Delta variant (the vaccine contains a spike fragment from the Beta variant).

“Animals vaccinated with the Mosaic-8 nanoparticles elicited antibodies that recognised virtually every SARS-like betacoronavirus strain we evaluated,” said study co-author Dr Alexander Cohen, also at Caltech. “Some of these viruses could be related to the strain that causes the next SARS-like betacoronavirus outbreak, so what we really want would be something that targets this entire group of viruses. We believe we have that.”

In response to these findings, CEPI announced that it would provide up to US $30 million to support the development of the vaccine through Phase I trials, which will largely enrol people who have been vaccinated against COVID-19 and/or previously infected with it.

“We have talked about the need for diversity in vaccine development since the very beginning of the pandemic,” said CEPI’s CEO, Dr Richard Hatchett. “The breakthrough exhibited in the Bjorkman lab study demonstrates huge potential for a strategy that pursues a new vaccine platform altogether, potentially overcoming hurdles created by new variants. The non-human primate data is extremely encouraging and we’re excited to support the next phase of trials.”