The science behind COVID-19
Research summaryCOVID-19

A study published in Vaccine shows the public in Germany and US overwhelmingly want medical urgency and equal access prioritised when it comes to the global distribution of COVID-19 vaccines. 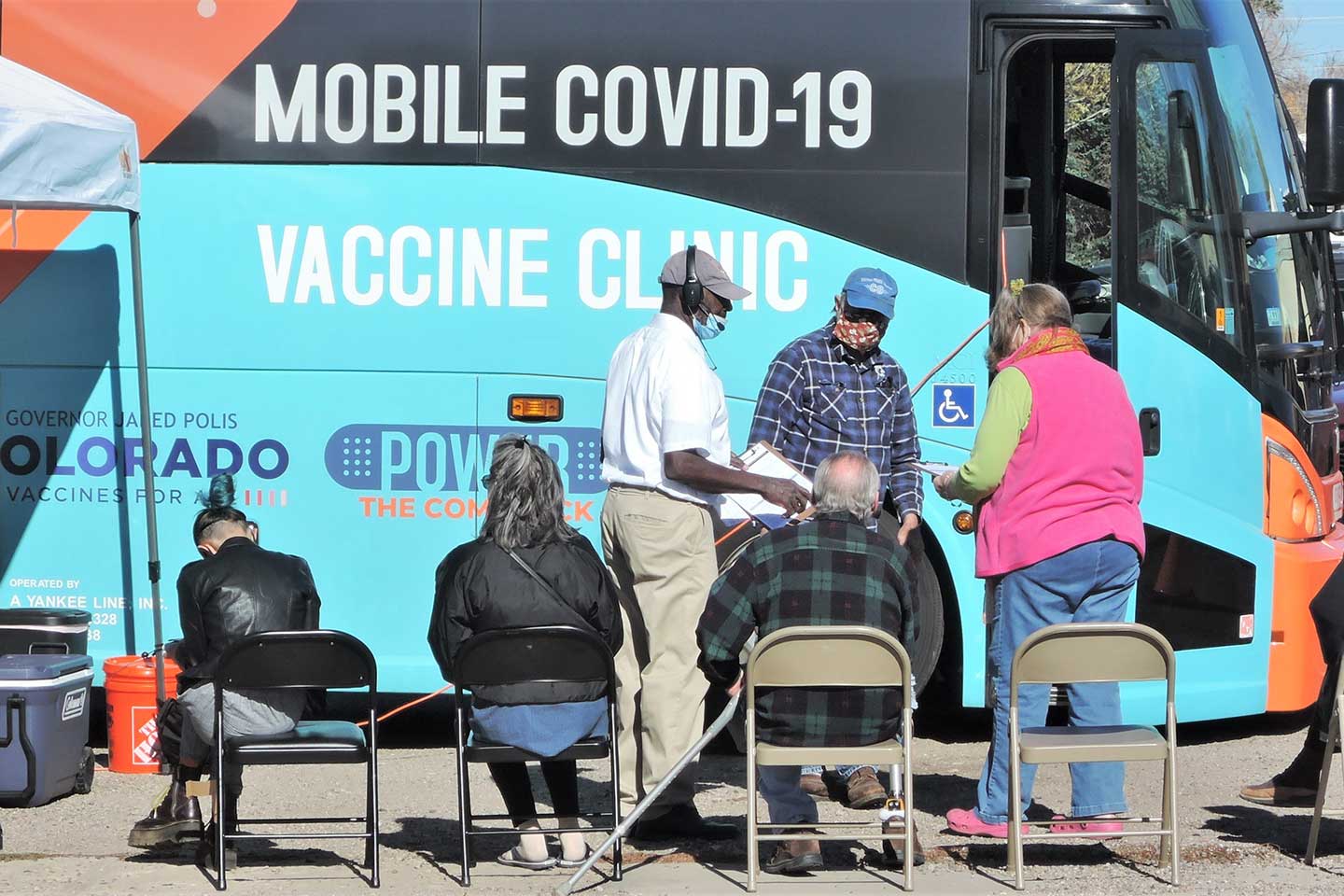 COVID-19 vaccine clinic bus in the US.

There remains significant inequity in the distribution of COVID-19 vaccines between high- and low-income countries. In theory, high-income countries can distribute vaccines to countries with fewer vaccines, but spikes in their own need may affect the willingness or ability to share vaccines. This study looked at the public’s perception of the distribution of COVID-19 vaccines as this might influence political decision-making.

The results imply that political decisions favouring higher levels of redistribution would be supported by the public in these two countries.

They conducted surveys in two countries that have made significant contributions to the research and development of COVID-19 vaccines – Germany and the US. The researchers asked around 1,000 participants from each country (average age 47 years in the US and 49 years in Germany) what grounds they felt were more important for the fair and equitable distribution of COVID-19 vaccines globally.

These grounds were “equal access for all”, “medical urgency”, “free market rules apply”, and “production contribution”, representing egalitarian, utilitarian, libertarian, and meritocratic values, respectively. Participants were then asked to consider these principles in hypothetical contexts where they or their own vulnerable family members were on the waiting list for a vaccine.

Both the US and German public said that the main determining factor for global distribution should be medical urgency. The principle of equal access for all was next.

Then people were asked to divide scarce vaccination resources between a high- and a low-income country. When the scenario was altered such that a vulnerable family member or the respondents themselves were affected by this decision, only a relatively small share of respondents (6.9% in the US and 5.7% in Germany) reduced the amount given to the other country by enough to ensure sufficient supply for their vulnerable family member or themselves.

The researchers say their results indicate that the public in both countries favour utilitarian and egalitarian distribution principles of COVID-19 vaccines over libertarian or meritocratic principles, and they do not believe that market availability should determine vaccine access.

The research team note, however, that “public generosity could have been influenced by how optimistic they felt at each point in time depending on the current state of news they received, especially during the time of interviews, from May to June 2021.” But nevertheless, they say, the results imply that political decisions favouring higher levels of redistribution would be supported by the public in these two countries.