Trendspotting: why pandemic preparedness needs to include big data

Professor Marion Koopmans has been instrumental in investigating the animal origins of everything from bird flu to COVID-19. She is now looking at how we can prevent the next pandemic. 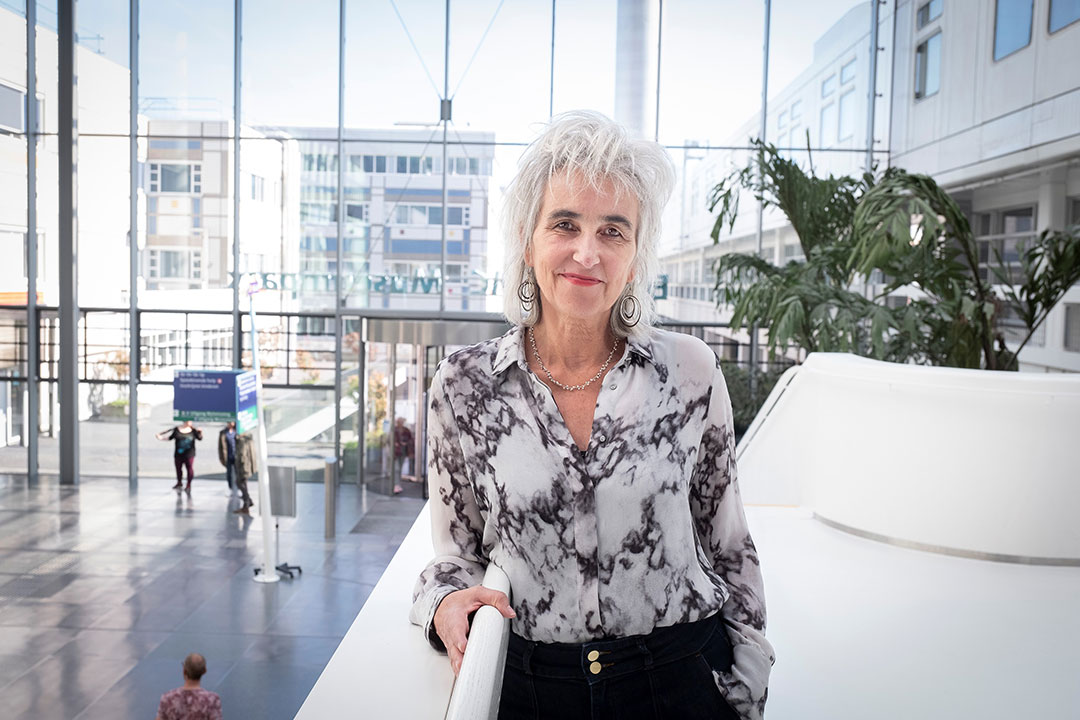 When Professor Marion Koopmans went in as part of a World Health Organization expert team to Wuhan, China, to investigate the origins of the COVID-19 pandemic, it was as challenging as she expected. Koopmans, head of viroscience at Erasmus Medical Centre, Rotterdam, The Netherlands, has done countless missions like this before.

Although half of the 34 experts were Chinese, Koopmans knows well that these sorts of processes can make authorities defensive. But she had expected it to be “a multi-step process, and although we got a lot of data, this mission was meant to be the first step”.

Koopmans doesn’t think it’s likely monkeypox will spread like COVID-19. “But there have been examples of where viruses can mutate to spread more easily – it is always possible that if monkeypox mutates or loses some parts of the genome, it could become more transmissible.”

Instead, the investigation stalled, with the team concluding that the Wuhan market selling live animals was the most probable origin of the pandemic, although they would have liked to have seen more data. Their analysis indicated that the suggestion that the virus was leaked from a Chinese laboratory was “extremely unlikely”, but to Koopmans frustration, the world’s media went wild with this theory.

“We may have underestimated the power of that narrative. When it was proposed, we said sure in theory, it’s possible, but we collectively believed the zoonotic introduction was far more likely so it was disappointing to see how much of the discussion centred on the lab controversy”.

As a veteran of investigating zoonotic disease outbreaks, and researcher with a veterinary background in a medical centre, Koopmans is acutely aware of the intertwined nature of animal, human and planetary health – what researchers call a One Health approach. She has devoted much of her career in applying this approach to understanding the ecology, epidemiology and evolution of zoonotic disease outbreaks.

In 2003, she led research into the H7N7 avian flu outbreak that showed that the risk of transmission from poultry to people was much higher than had previously been believed. In 2012, Koopmans was also part of an international team studying MERS-CoV, that found that while bats had been the prime suspect for how it spread to people, their study of livestock in Qatar showed that dromedary camels were the reservoir passing it on to people.

Koopmans’ attention is now on the circulation of SARS-CoV-2 in numerous species, including white-tailed deer in America. As deer roam freely and with few symptoms, “it would be difficult to foresee how we could eradicate it in these animals”. Anytime the virus jumps into a new animal host, the chances of it evolving further increase, and it has been seen in at least 20 animal species including mink, ferrets and hamsters, big cats like lions and tigers, as well as hippos and hyenas. “The jury is still out on where new variants emerge, but it is conceivable that they might emerge as the virus continues to circulate in animals,” says Koopmans.

COVID-19 caused many of us to radically rethink how we lived and worked, and it was a sharp reminder to Koopmans and her team that, although there are both national and international pandemic preparedness initiatives already, we are still not anticipating pandemics well enough.

One of the reasons is that epidemic preparedness still operates largely in its own silo, and hasn’t fully exploited the know-how gained through long-term predictive climate science or an understanding of the interactions between climate and health. Another one is that there has been limited focus on the disease ecology, looking at emerging diseases through a One Health lens.

“We have gotten better at responding, setting up diagnostics fast, developing vaccines” says Koopmans, “but there is not nearly enough effort in longer term preparedness, which includes looking at where are new risks are most likely to pop up, and what are they likely to be?”

“Monkeypox is a good example of a pathogen that there were signs it was coming, as there have been unusual, lengthy outbreaks in Nigeria and the Democratic Republic of the Congo and there has been a gradual creeping up of spillover events from animals in the past decade,” says Koopmans. “Now, instead of playing out in rural DRC, boom, the virus has hit a certain population where it can spread more easily.”

Koopmans doesn’t think it’s likely monkeypox will spread like COVID-19. “But there have been examples of where viruses can mutate to spread more easily – it is always possible that if monkeypox mutates or loses some parts of the genome, it could become more transmissible.”

“We need to invest in innovative science as a whole. Imagine if the scientists working on the mRNA vaccine technology had stopped when people were questioning their work – we wouldn’t have COVID-19 vaccines as quickly as we did. We can’t assume that we know what we need and we don’t know where the next big threat will come from.”

Events like these have made crystal clear that the world needs to be far more forward looking, says Koopmans, and be ahead of emerging diseases rather than always on the back foot.

To do this, her team set up the Pandemic and Disaster Preparedness Center (PDPC) as a collaboration between the Erasmus Medical Centre, the Erasmus University and the Delft University of Technology, set up at the height of the COVID-19 pandemic – it officially opened in May 2021.

One of the pilot projects is looking at the effects of flooding by simulating storms and other disasters to show where bottlenecks of stagnant water might appear, as these often go hand in hand with infectious diseases outbreaks. But they’re going even further and looking at blockages of bridges and tunnels that can happen with flooding, to investigate traffic jams and the effects on people’s behaviour.

Embedded in this centre is also the Versatile Emerging infectious disease Observatory (VEO), a European consortium led by Koopmans which is combining big data from a range of sources to scan the horizon for changes in climate or ecology, urban development, and circulating pathogens, for example, and looking at what that means for emerging diseases or the exacerbation of existing ones.

“We are looking closely at disease emergence pathways – studying hypothetical incursions of zoonotic pathogens, pathogens that spread fast through humans, pathogens released from thawing permafrost and so on. We’re looking at what the drivers are for those emergent pathways are, and how we can spot major change – hotspots – in these ecosystems that would favour pathogen emergence.”

Looking at drivers of human disease holistically has been urgently necessary for decades, but doing this in practice can be difficult. “In low- and middle-income countries, you see some of the best examples of One Health studies, which makes sense if you study monkeypox or Lassa fever”.

But the breaking out of silos is still not happening enough, Koopmans says. There’s a drive to do what worked with COVID-19, and do it bigger and better but “pushing ahead with genomics surveillance, for example, building on the momentum from COVID-19 will alienate the animal and environmental sectors as once again we will be building everything with the starting infrastructure of human health,” she says.

“We need to invest in innovative science as a whole. Imagine if the scientists working on the mRNA vaccine technology had stopped when people were questioning their work – we wouldn’t have COVID-19 vaccines as quickly as we did. We can’t assume that we know what we need and we don’t know where the next big threat will come from”.