Wastewater samples from Benin and Burkina Faso suggest the exchange of antimicrobial resistance genes between bacteria in hospital drains could present a serious and emerging health threat. 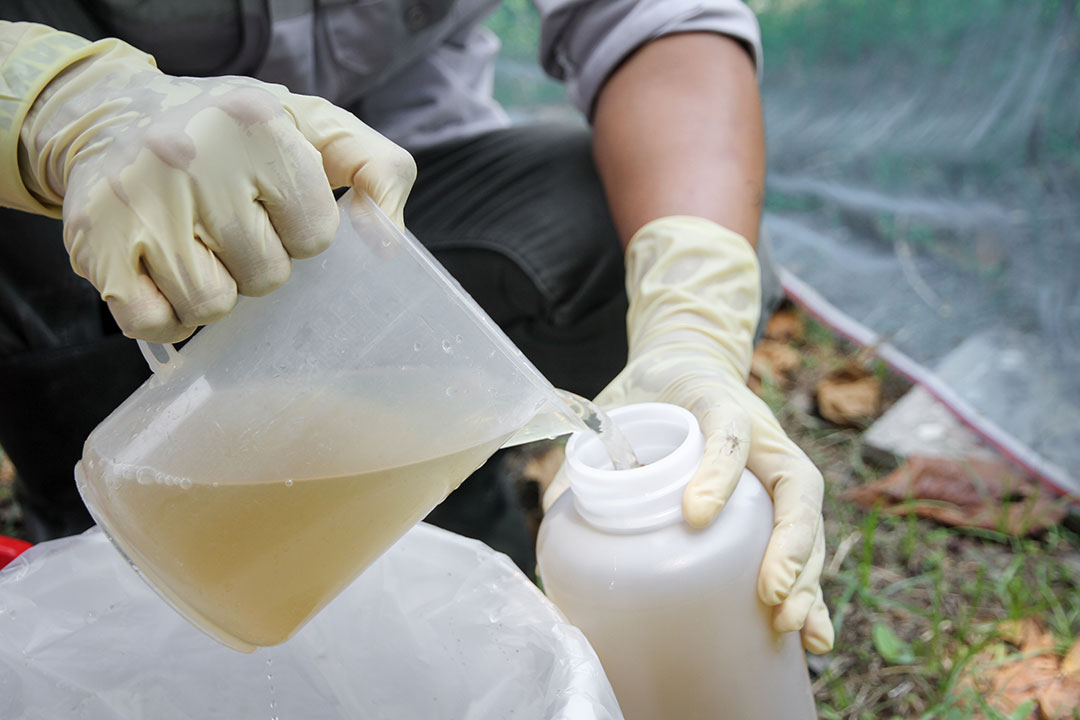 Hospital drains and septic tanks are providing the conditions for antimicrobial resistance to flourish in low-income countries, data from Benin and Burkina Faso suggests. Genetic analysis of the bacteria living in these pipes and vessels suggests they are exchanging antimicrobial resistance (AMR) genes with one another, while inadequate wastewater treatment risks transferring these organisms to people in the wider community and the produce they consume.

The results highlight the need to increase wastewater treatment capacity in developing countries, with particular attention to wastewater from hospitals.

AMR presents a growing threat to global health, with bacteria and fungi increasingly developing resistance to many of the antibiotics and disinfectants in common use. There are many contributing factors, but the over-prescribing of broad-spectrum antibiotics – often without diagnostic tests to confirm the cause of someone’s symptoms – is one of them. There is also speculation that increasing use of disinfectants in hospitals and communities, especially during the COVID-19 pandemic, might further worsen the problem. Hospital wastewater tends to contain relatively high levels of disinfectants and antibiotics, so bacteria exposed to it may be at higher risk of developing resistance to them.

Levels of AMR are particularly high in many low-income countries, where testing capacity to determine which, if any, antibiotics should be prescribed may be limited. There is also often less regulation of, for example, the addition of antibiotics to animal feed. A lack of research data from such countries is hindering the development of solutions to tackle it.

To investigate how hospital wastewater might be contributing to AMR in such countries, Melina Markkanen at the University of Helsinki in Finland, together with colleagues in Burkina Faso and Benin, used a technique called shotgun metagenomic sequencing to gain insights into the types of bacteria living in hospital sumps, septic tanks and sewers, and the AMR genes they carry. They analysed hospital wastewater samples from nine hospitals in Benin and Burkina Faso, as well as four hospitals in Finland – a country with relatively low levels of AMR – for comparison.

The team also collected water samples from within and outside the hospitals, to better understand the prevalence of AMR genes.

Bacteria responsible for triggering opportunistic infections, such as species of Escherichia and Aeromonas – a common cause of urinary tract infections, diarrhoeal disease, and wound infections – were identified in the wastewater from all three countries. The highest abundance of AMR genes  was observed in Benin, and the lowest in Finland. Further investigation suggested that this could be due to the transfer of small packages of genetic material between bacteria, which carry AMR genes.

AMR genes were also detected in a water source used by Beninese hospital visitors to wash their hands, and in treated wastewater released into rivers in Burkina Faso.
The research was published as a pre-print, and has not yet been peer-reviewed.

The results highlight the need to increase wastewater treatment capacity in developing countries, with particular attention to wastewater from hospitals. Since untreated wastewater is sometimes used to irrigate crops, this could lead to the transfer of resistant bacteria to fresh produce, and to people in the community. Although this wouldn’t necessarily pose a threat to them, the more such bacteria circulate, the more AMR could spread – including to individuals with a weakened immune system, or undergoing surgery, when they could trigger an infection.

For instance, in Cotonou, the economic centre of Benin, groundwater is used for urban agriculture and the hospitals involved in the study did not use any kind of wastewater treatment.

“Our study shows that untreated hospital wastewaters, which can leak into groundwater and the environment, carry clinically dangerous antimicrobial-resistant bacteria and resistance genes,” the authors wrote. “Taken together, based on our results from nine hospitals, we can state that clinically important antimicrobial resistance genes are circulating in West African hospitals and can spread to their surroundings.”