Where routine immunisation is anything but routine: vaccinating Rohingya children in Bangladesh

Health workers are pulling out all the stops to protect Royingya children in Cox’s Bazar. 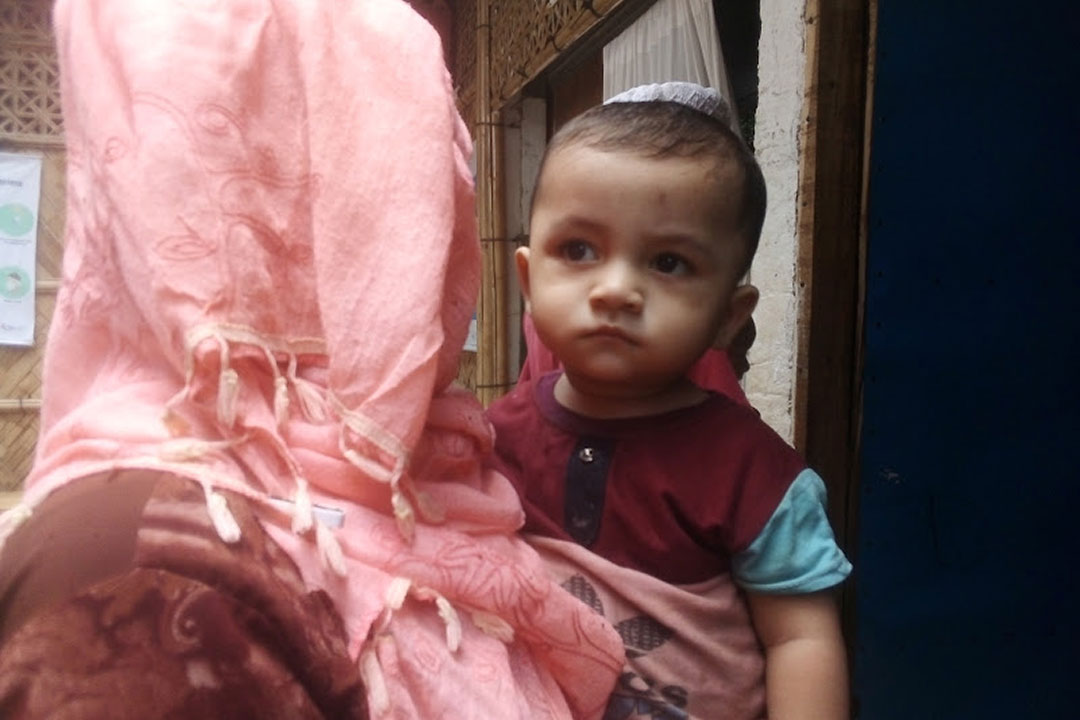 “My child has received all the vaccines provided. I feel tension-free due to ensuring the health safety of my child through vaccination,” says Fatema Khatun, mother of Ahmed, a ten-month boy from the Kutupalong Rohingya camp in Ukhiya of Cox’s Bazaar.

She says that, like other parents, she took her baby boy to a health centre in the Kutupalong Camp 1W for vaccination of her child as per the routine immunisation schedule recommended by the Ministry of Health.

Kulsuma Khanam, a vaccinator at the Green Hill health centre at the Rohingya camp in Kutupalong says around ten children a day come for routine immunisation at the health centre.

There are 59 health centres in the Kutupalong Rohingya camp in Ukhiya and in Teknaf. There are also 75 outreach vaccination centres set up to ensure vaccination for children.

“It was not easy work to ensure vaccination for the children of the Forcibly Displaced Myanmar Nationals (FDMN). We have faced several challenges in dealing with zero-dose children.” Toha Bhuiyan, health coordinator of Cox’s Bazar Refugee Relief and Repatriation Commission Office, says.

He says that the volunteers work to motivate caregivers to vaccinate their children. “The Rohingya people were initially not interested in routine immunisation as they are very conservative and many of them do not believe in immunisation. The FDMN volunteers. along with the host community volunteers, have worked to build awareness among the Rohingya people. We carry out counselling among the FDMN about the immunisation,” Dr Toha adds.

Ayaj Hossain, a 30-year-old resident of the Kutupalong Rohingya camp says that his 13-month-old son, Al Aziz, has received all routine vaccines from the health centre at the camp. “In this camp, we are happy that our children are getting regular health services, including immunisation, free of charge,” he adds.

Ukhiya Upazila Health and Family Planning Officer Ranjan Barua Rajon says that they have achieved at least 90% of the EPI vaccination target in Ukhiya and Teknaf. “However, we are now working to ensure 100% coverage of routine vaccines for the children of the FDMN in the camps,” he says.

As well as routine vaccination, they also provide other necessary vaccines to children. “As part of their services, oral cholera vaccination also has been provided among the FDMN children,” says Rajon.

Dr Md Shamsul Haque, Line Director (MNC & AH) of the Directorate General of Health Services (DGHS) says that, with the support of the World Bank and other humanitarian organisations, routine immunisation is provided at no cost to the Rohingya people. 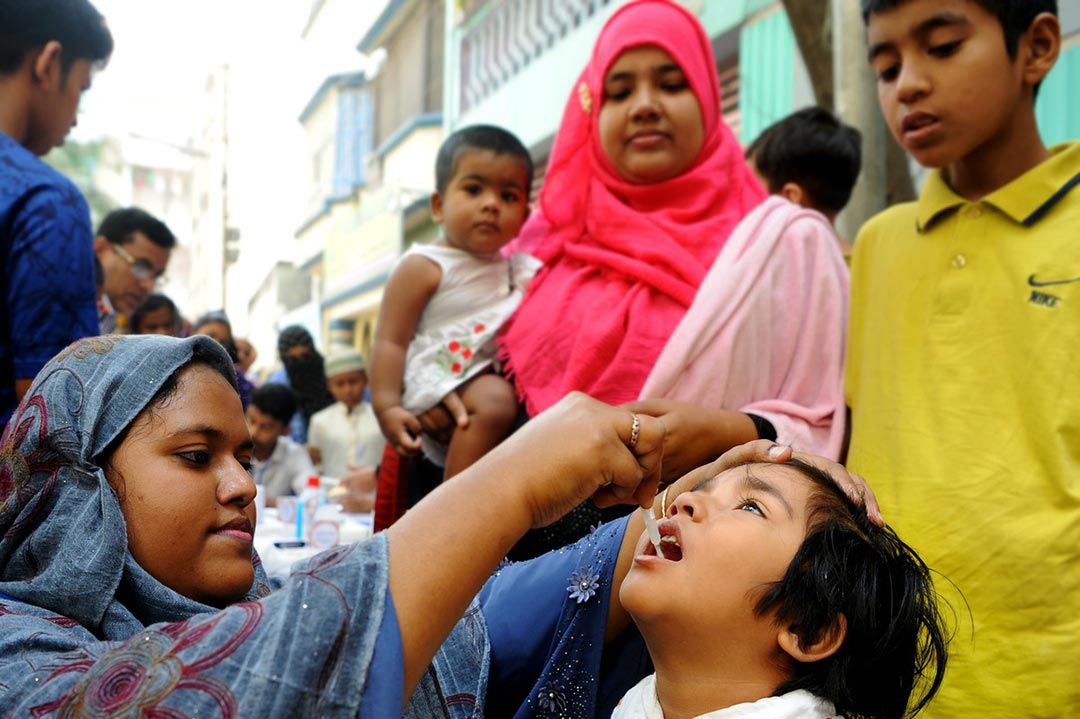 Where routine immunisation is anything but routine: vaccinating Rohingya children in Bangladesh 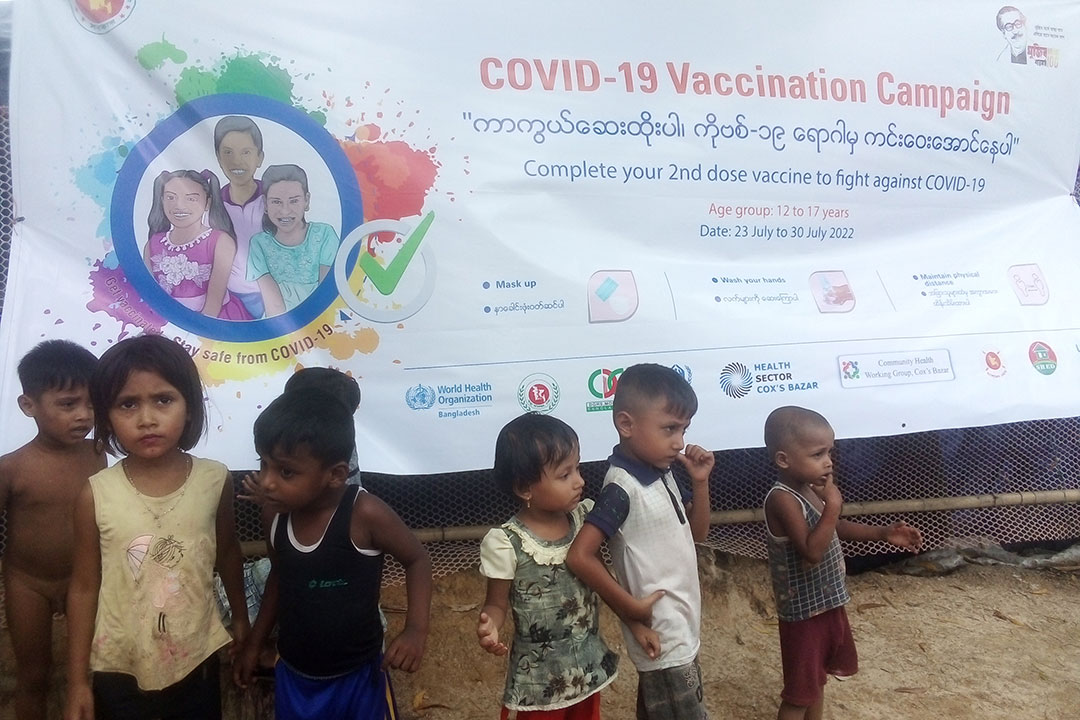 Quelling the pandemic in the world’s largest refugee camp