Are new variants making the COVID-19 virus as deadly as SARS?

Although related to the virus that caused the SARS pandemic in 2003, the COVID-19 virus has never seemed as deadly – until now. 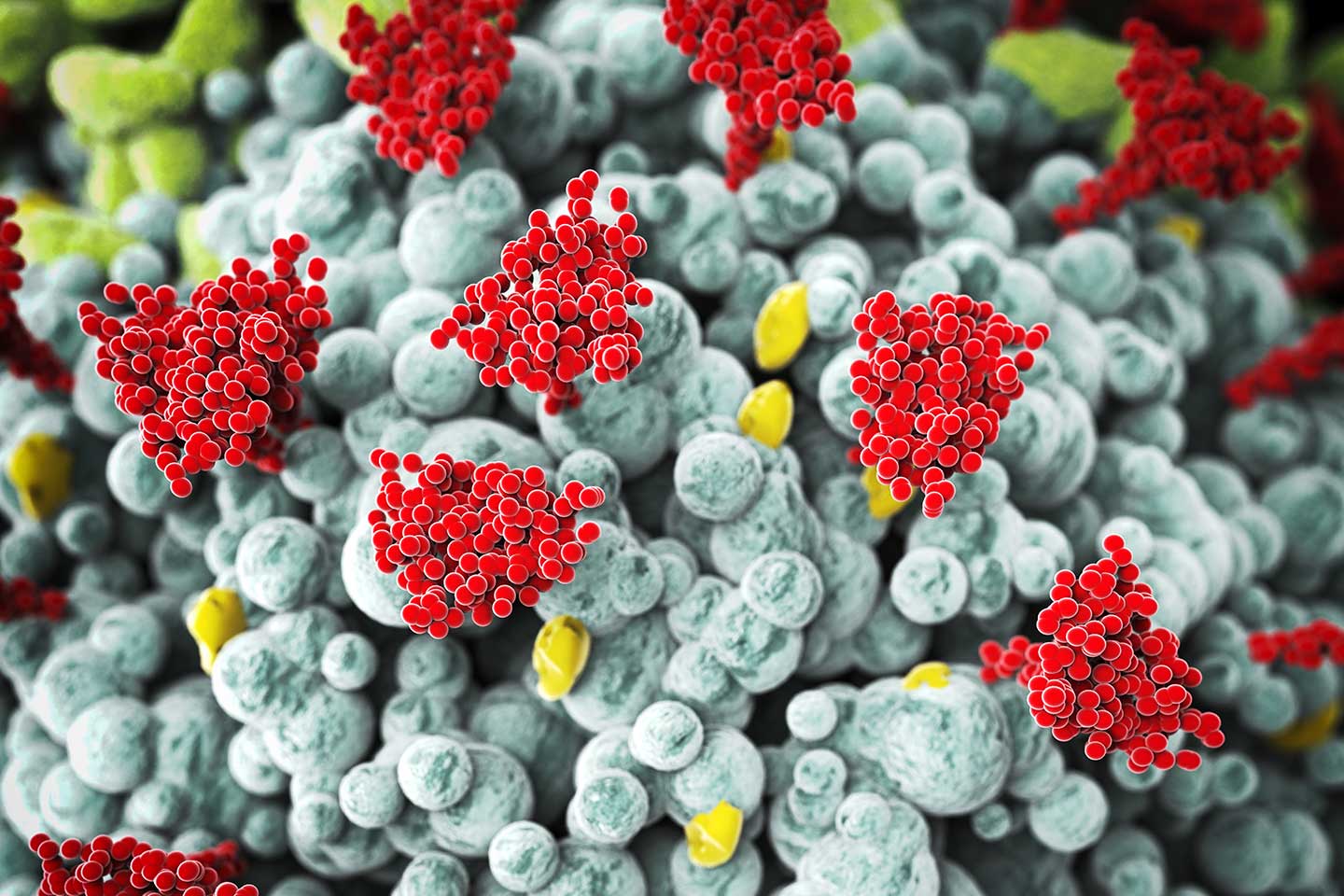 When SARS-CoV (severe acute respiratory syndrome coronavirus) emerged in late 2002, it wasn’t the first major infectious disease threat the world had seen, but unlike previous ones, like the 1918 Spanish flu, it was able to spread across the world in a matter of hours because of international travel. In 2019, when the related COVID-19 virus, SARS-CoV-2, emerged it seemed to be nowhere near as deadly as SARS, which could leave people gasping for breath with their heart and liver failing. But could this change as new variants evolve and we pass the grim milestone of four million people dead from COVID-19?

When a virus emerges, the two factors that scientists are most interested in are how contagious it is and how many of the infected people are likely to die. In May 2020, the World Health Organization (WHO) estimated the reproduction or R0 number for the COVID-19 virus as being between 2-4, compared with 2-3 for SARS. The R0 number indicates how many other people one infected person can pass the virus on to.

The SARS virus ended up causing a pandemic with only around 8,000 infected people, although around 800 people died. This is a case fatality rate (CFR), the proportion of those infected that end up dying, of around 10%, which ranged from as low as 8% to as high as 15%, depending on the age group according to WHO. And in people over 65, this can rise to as high as 50%.

Not only is the pandemic showing no signs of easing just yet, the emergence of new variants of COVID-19 is complicating things.

For the COVID-19 virus, the CFR seemed to be lower initially at about 2.3%. But an important point is that the ability of a virus to infect people and the proportion who die depends on a range of factors. This includes the age of people infected, with older people being more vulnerable, as well as factors such as travel or overcrowding that can encourage the spread of infection, or whether the virus continues to evolve to be more infectious or deadly. In April 2020, the CFR in the UK was over 15%, for example, but by July 2021 this had fallen to 2.6%.

It’s worth noting that using the CFR as a measure of how deadly a virus is can be complicated. It’s generally calculated as a percentage of deaths from the total confirmed cases, which makes it dependent on the level of testing. Not all countries have comprehensive testing and in places with low levels of testing there may be artificially high CFR rates. That's because if the number of confirmed cases doesn't actually reflect true infection levels, then when the number of deaths is divided by this low number, the CFR will appear higher than it actually is.

Also, a virus with a higher CFR is not necessarily more dangerous, as it is likely to cause fewer cases than one which is less deadly but may have a long incubation period and high transmission rate, such as the COVID-19 virus.

New variants in the mix

Not only is the pandemic showing no signs of easing just yet, the emergence of new variants of COVID-19 is complicating things. If a new virus is contained fairly quickly, it has less chance of evolving into a more deadly version.

SARS was stopped in its tracks early enough to prevent many variants from emerging. In the case of COVID-19 however, the virus has had over a year to circulate across the globe and infect around 185 million people. New variants are deemed as being of concern if they are more contagious or more deadly, or more resistant to vaccines or treatments. The Delta variant that has spread worldwide at lightning speed, accounting for 90% of cases in countries like the UK, is 55% more transmissible than the Alpha variant, which itself was 50% more transmissible than the original virus.

Now, it looks like it could be more deadly too. A UK study found that the risk of dying after being infected with the Delta variant was 64% higher than for previous strains.

In Brazil, the Gamma variant is causing a spike in COVID-19 deaths in young and middle-aged people, who had previously been less at risk than older people. In 20 to 29-year-olds, the risk of dying tripled compared with previous strains.

Dying out vs here to stay

SARS died out through robust public health measures such as contact tracing and by understanding the characteristics of the virus – it was far easier to control than COVID-19 because there were far fewer silent or asymptomatic infections that could pass under the radar. Generally, when people got SARS they became very sick quickly and were easy to identify and quarantine.

Some scientists have suggested that the rapid rate of evolution of the COVID-19 virus that is currently spawning so many variants could send it into ‘mutational meltdown’ in which it mutates into versions that are less able to infect people.

Many predict, however, that COVID-19 seems likely to become endemic, potentially being less dangerous to much of the population. Indeed countries like Singapore are starting to look to a future in which COVID-19 is yet another infectious disease like flu that can be managed with good public health measures such as regular vaccination.