Dr Annie Kelly, writer and host of a new podcast which tells the story of the smallpox vaccine, talks to #VaccinesWork. 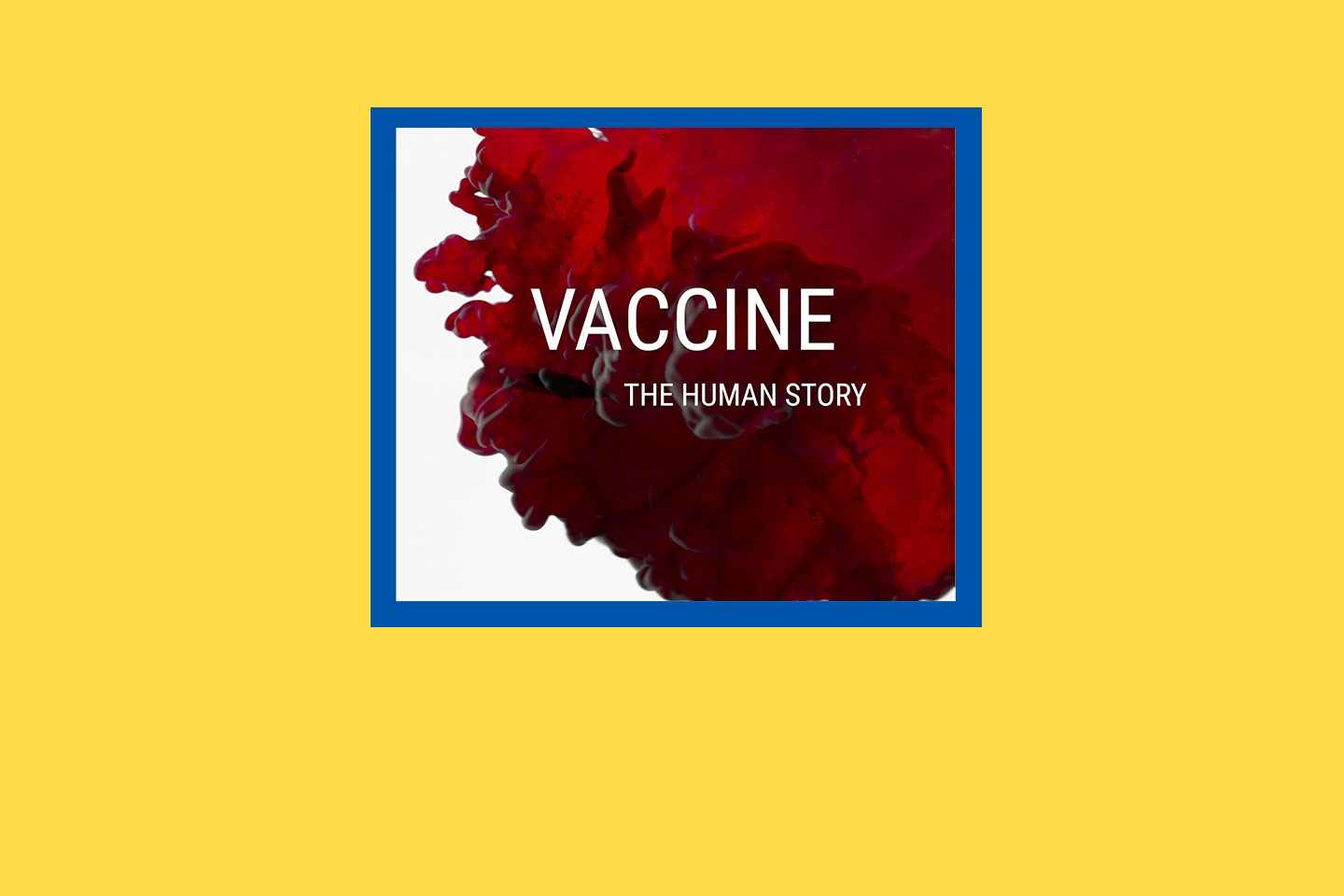 Vaccine: The Human Story, a new independent podcast, begins at the end: the announcement of the eradication of smallpox by an ambitious, unprecedented, and, as of now, still unreplicated vaccine campaign. After that – just minutes into episode one – writer-host Dr Annie Kelly unmoors and paddles out into that moment’s oceanic, variegated history. Across the first two episodes, Kelly follows smallpox from ancient Egypt to medieval France and Japan, into Indian myth and Yoruba legend, to Tudor England, 9th century Baghdad, mid 1500s Tenochtitlan, a Spitalfields archaeological site in the 1980s – and elsewhere. The ambitious scope of Vaccine is propelled by a soaring score and anchored by compelling narration. We spoke to Annie Kelly about how she –a sociological researcher with a PhD on digital anti-feminist groups and the emergent far-right –wound up diving deeply into the history of the vaccine, and what she’s learned along the way. An excerpted transcript of our conversation, edited for clarity and concision, follows.

What brought you to this project?

Dr Annie Kelly: My background is essentially in extremism, modern-day digital extremism specifically. There has been a growth in anti-vaccination movements and COVID-skeptic movements over the last couple of years, some of which was suddenly very close to home. I was seeing them organising in my city, which I suppose kind of made me switch tracks a little. And I’m not a scientist – I had to learn a lot about vaccines all of a sudden, because if you want to understand why something is misinformation, you have to first understand the thing itself – if that makes sense.

Was the podcast intended as a way of rebutting some of those anti-vaccine narratives you were encountering?

AK: That was initially how I conceived of the project – as an answer to anti-vax concerns. But one thing I’ve noticed in my research – and this is true for a lot of misinformation and conspiracy research – is that answering or rebutting or debunking specific misinformation is often a bit of a band-aid solution. Don’t get me wrong, it’s a very useful tool, and I’m grateful to the people who are doing that fact-checking work. But misinformation isn’t magic. You don’t simply see a piece of misinformation and go, like: “whoa! That’s it, I’m radicalised.” People respond to misinformation because it reflects a kind of emotional need that they have.

Vaccine-sceptics, people who are really firm and definite in what they believe, or who subscribe to a lurid conspiracy theory, are rare. What is much more common is people who are just not sure. They’re just frightened; they don’t trust it. It seemed to me that to reach those people, or even, you know, to attempt to reach those people, you had to avoid patronising them – not say to them, “What are you talking about? Vaccines are wonderful.” I think you have to make those people feel like they are part of the story itself – and I think everyone alive today is part of the story.

In the podcast you say that what you’re calling the “human story” of vaccines is an unsung story – in that sense, the podcast is a piece of revisionism. Can you say a little about the version of the vaccine story you grew up hearing?

AK: It was at GCSE – which is when you’re 16 here in the UK – and we had a class on vaccines. It was basically all about vaccines as this kind of brilliant invention that Dr Edward Jenner discovered, and what a genius kind of guy he was, essentially. And I don’t mean to diminish Edward Jenner – it was fantastic, and I’m very pro-vaccine, as you can probably tell, but actually what I found really interesting was how he was building on so much knowledge that had come before him, and had also come from outside of Europe. That was not mentioned to me at all.

The podcast moves a great distance across time and space. I didn’t, at first, connect that breadth with the idea of a kind of intentional inclusivity – of drawing more listeners into the narrative. Tell me more about that.

AK: I’m very aware – and it’s impossible not to be aware while you’re doing this kind of research – that everyone’s experience with medical institutions is going to necessarily be different. I suppose I didn’t want to promote this idea of a kind of straightforward progress, that things have only gotten better. More, I wanted to create a feeling of dialogue, and to keep making it clear how complex stuff was.

I suppose a driver for me in doing that has been my research on what we might call the traditional far right, which often offers this very simplistic narrative of history. You know: in the past, all these kind of cultures were separate and fit into neat racial categories, and then, at one point in modernity, the barriers have been brought down, and now there’s all this cultural exchange and that’s what’s ruined everything.

That’s always something I’ve pushed back on – even subconsciously. I was trying to do it here in being like – you know, actually all of these kind of different countries have been in communication with one another, have been trading, settling, influencing each other – and oppressing one another. It’s not always rosy.

Has working on the podcast taught you anything about living in a pandemic?

AK: Technology is fantastic, but it has to come with an infrastructure, and with a process, right? I think I was possibly a bit of a techno-optimist before: you know, we’ve got the COVID vaccine, hooray, a light at the end of the tunnel. But I think reading about smallpox and its eradication, it’s clear that, for this miraculous result to happen, we need to work together. We need a lot of, kind of, international cooperation, financial help, all of these sorts of things.

AK: I called it “the Human Story” for a reason. I wanted to humanise that entire process of discovery and innovation. I think [vaccines] are a fantastic invention – but I think the way they are sometimes framed can make people feel like they are this unknowable technology. I wanted to create a project which presented a relatable, an emotionally relevant story.

Listen and subscribe to Vaccine: The Human Story on Soundcloud or YouTube, or find the programme on your favourite podcasting app. You can support the podcast on Patreon.