Mnookin’s 2011 investigation of the spread of anti-vax feeling is a pandemic-era must-read. 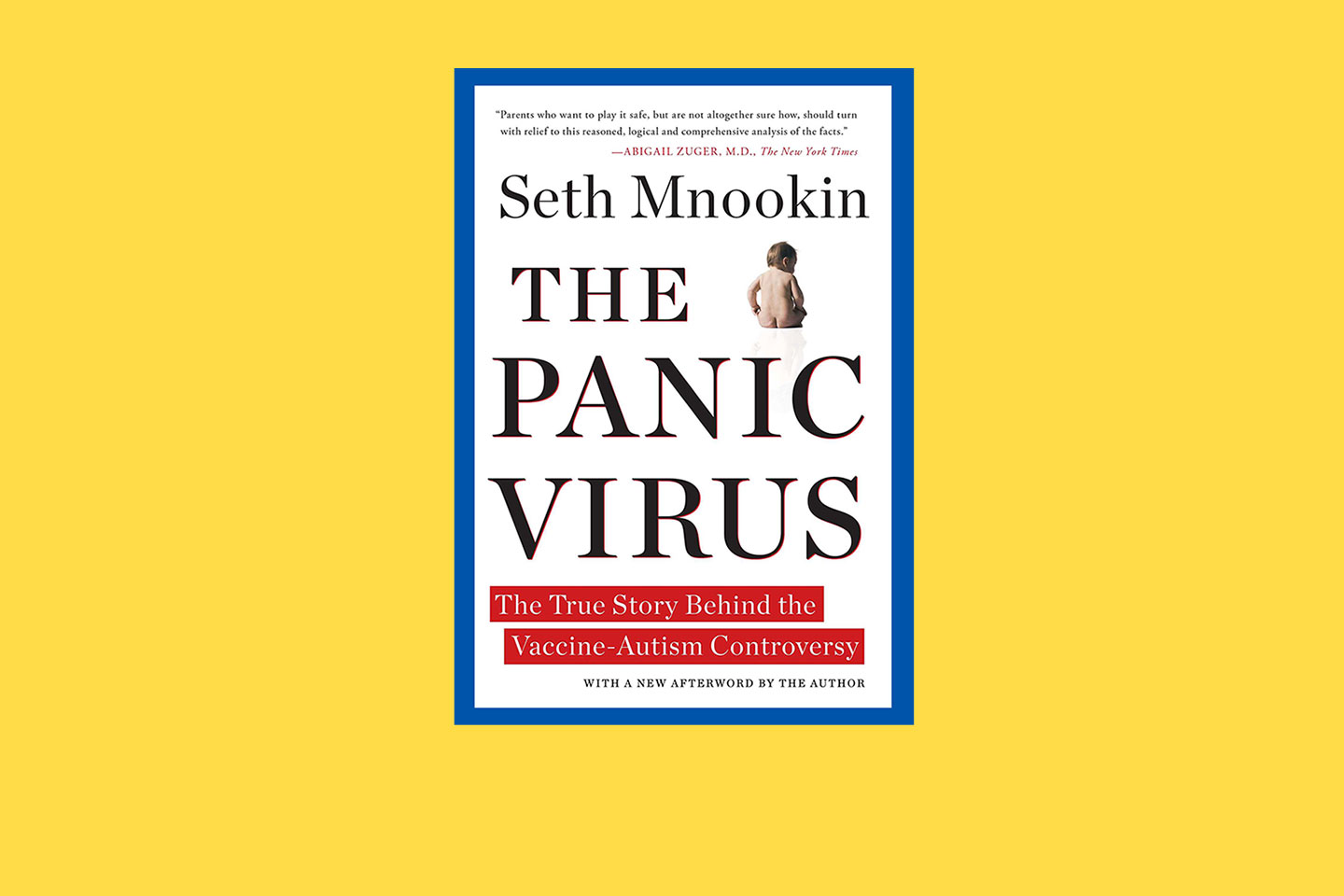 The Panic Virus by Seth Mnookin

In the earliest part of the pandemic, when I was panicking in an apartment in Bangalore, I stopped being able to read fiction and watch movies for a while. It was too confusing; the wall between the world we inhabit and the one we invent became shimmery and hard to track. Reality was being piped in only on screens, and what I saw looked false: empty piazzas in Milan, walking hazmat-suits in Wuhan. How many times did somebody message me that this felt like the beginning of a zombie film? News reports and guidance about the novel coronavirus were contradictory. The most prosaic facts seemed suddenly anything but self-evident; everything was provisional, arguable. More than what to know, I wanted to know again how to know.

The Panic Virus mounts a rousing defence of the scientific way of knowing things: of hypotheses and null hypotheses, of good and better data gathering, of the systems of questioning and reasoning that protect against the cognitive slippages we are all prone to.

I wish I had read Seth Mnookin’s The Panic Virus, an investigation into the rising tide of vaccine hesitancy, in that moment. The book was published in 2011: Barack Obama was in the White House, “Corona” was a boring beer with a wedge of lime stuck in its neck; the intervening decade has been long. But the book is valuable now, and not only because vaccination is a universal concern in our pandemic time. More than defending vaccines from specious charges levied by misinformation peddlers, The Panic Virus mounts a rousing defence of the scientific way of knowing things: of hypotheses and null hypotheses, of good and better data gathering, of the systems of questioning and reasoning that protect against the cognitive slippages we are all prone to.

In his introduction, Mnookin writes: “cognitive relativism – or 'truthiness', as fictional talk show host Stephen Colbert termed it – has become the defining intellectual trend of our time.” In other words: truth has been demoted to a matter of feeling; science is talked about as a question of faith. Mnookin offers the example that sparked his interest in researching the book: at a party in 2008 a friend, a forty-one-year-old first-time father, said he had chosen to delay some of his child’s shots, including the MMR vaccine. “I don’t know what to say,” the man told Mnookin, “It just feels like a lot for a developing immune system to deal with.” Hunch trumps evidence.

Reading that, I thought of a viral video of Palm Beach County residents lobbying against the mask mandate last June. “I don’t wear a mask for the same reason I don’t wear underwear: Things gotta breathe,” one woman intuited. For her, as for many “anti-maskers”, the evidence that even long-term use of a medical face-masks will not interfere with effective respiration presented no obstacle to conviction; neither did evidence that masks limited aerosol-based transmission of viruses like COVID-19, which had at that time killed some 120,000 Americans. The mask felt wrong. The words “liberty” and “freedom” were worn threadbare. More than one person referred to the mask mandate as “communist” - in other words, it was an ideological imposition, rather than a public health measure. The mask “literally is killing people,” someone soon claimed, baselessly. Other corners of the internet were full of people who would tell you that COVID-19 didn’t exist, or that it was engineered for nefarious purpose, or that it was no more harmful than the flu. There were unsubstantiated claims about the specific threats of mRNA vaccines; there were claims that the vaccines were an elaborate Trojan horse.

How did we get here? it’s easy to ask the question rhetorically, as an indictment – a performance of disbelief designed to set the question-asker apart as a more sensible type of person. It’s a great strength of The Panic Virus that it asks the question uncynically, unscornfully, in the authentic spirit of investigation.

Mnookin is more interested in asking how and why influential anti-vaccine voices found amplification than in laying the blame, wholesale, at their doors. That, after all, would be too easy. He explores the mechanisms of anti-vaccine rhetoric – from the writings of the early 20th century campaigner Lora Little, to Andrew Wakefield’s evolving platform, to Mark Geier’s bad science – more than the biographies of the anti-vaxxers themselves. He writes sympathetically about the pain of parents whose children’s autism symptoms leave them casting about for hope and vulnerable to deception (often, it appears, the only voices promising a cure are the same voices claiming that vaccine injury underlies the diagnosis). He parses cognitive biases and investigates the slippery dynamics of group-think.

Tragedy – in the form of preventable deaths – hangs over the book. Responsibility is a complicated question, but amid a cast of variously compromised and culpable characters, nobody comes off worse than the media. As Mnookin records it, irresponsible journalism is the drum beat to the march of the anti-vax movement. Through countless sins of false balance, error-riddled reports, sloppy repetition, manipulated quotes and questionable omissions, the media has, he writes, “provided … the fuel for this particular fire.” It’s an important warning. Mnookin’s own considered, rigorous reporting stands as a counter-example.

The Panic Virus is published by Simon and Schuster.