Do children need to be vaccinated against COVID-19?

Children have so far been able to evade the worst effects of COVID-19, but this could be changing as new variants and other factors seem to be putting more at risk. 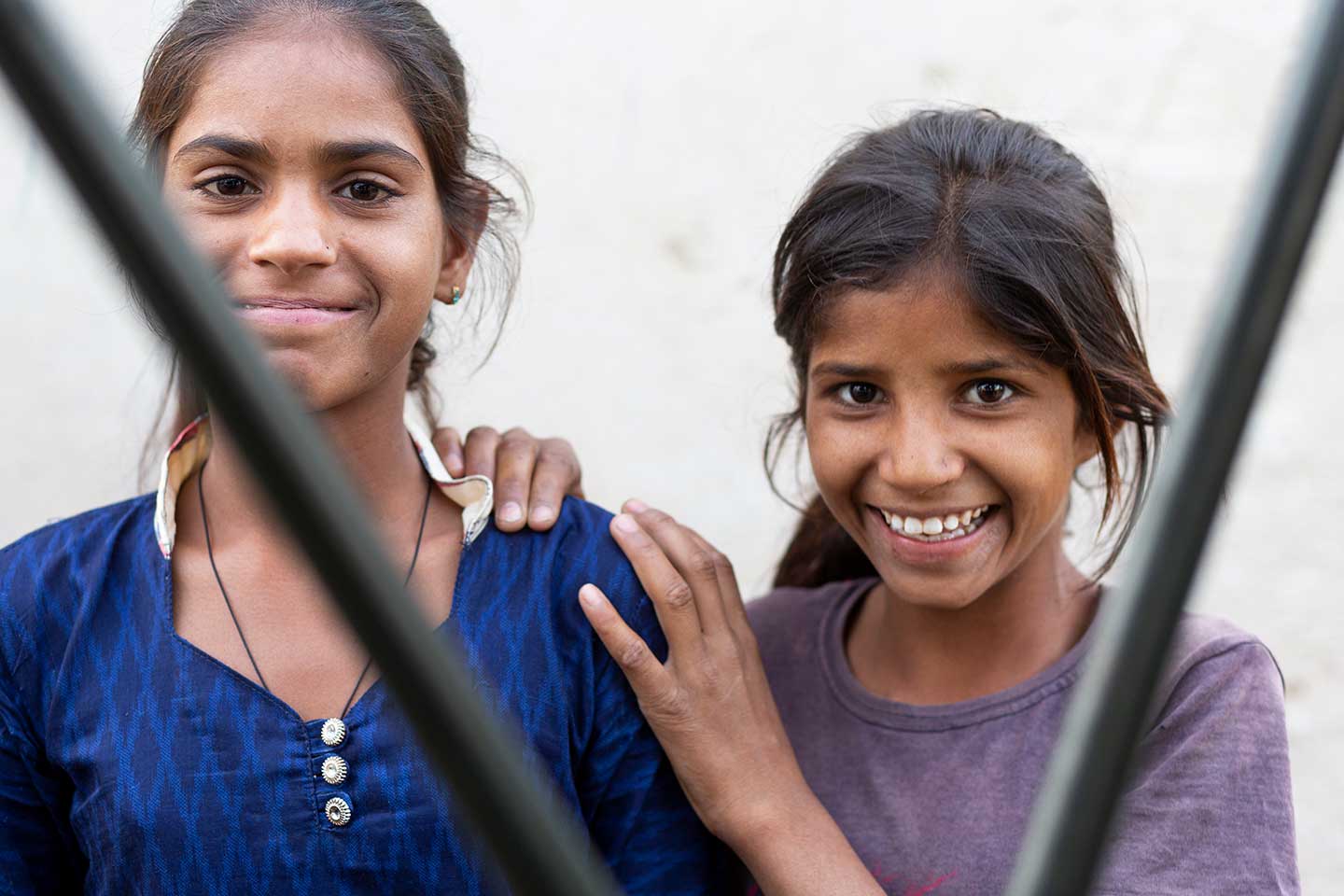 Two girls are seen in this image taken in a Village in Rajasthan, India – Gavi/2021/Benedikt v.Loebell

Until now, children were largely protected from illness or death from COVID-19, often showing very mild symptoms if any. But new variants that have evolved over the past year seem to be able to affect children far more, and countries like Brazil are seeing unusually high death rates from COVID-19 in children.

Last September, the World Health Organization (WHO) said that only 8.5% of COVID-19 cases were in children. One explanation put forward was that children’s ‘naïve’ immune systems were able to mount stronger responses to the virus, neutralising the threat much more quickly.

UNICEF has warned that despite children being increasingly affected by COVID-19, the indirect effects of the pandemic are just as devastating.

But towards the end of 2020, new variants of COVID-19 began to emerge. The UK’s New and Emerging Respiratory Virus Threats Advisory Group (NERVTAG) tracked a UK variant that became the dominant strain in parts of the country, and that also seemed to be capable of infecting children more than previous strains had. This new ability was attributed to mutations that changed the way the virus entered cells.

Now, a new Indian variant seems to be affecting children almost as much as adults. Although there is not enough data yet to say whether the proportion of children affected has increased along with absolute numbers, anecdotal reports indicate that this second wave is more severe in kids. In March, a UNICEF report estimated that in 2020 India had the highest number of COVID-19-related deaths among children under five years of age in South Asia.

Singapore has also had a sudden spike in COVID-19 cases, with the outbreak spreading among hundreds of thousands of low-paid foreign labourers living in tightly packed dormitories. The country said that the Indian variant that is circulating in much of Asia is affecting children more than previously, and it is preparing to shut schools this week as a result.

As adults get vaccinated, children make up a higher proportion

As vaccination rolls out among adults, it is not surprising that children make up a greater proportion of those affected. In the United States, a year ago children made up 3% of cases; now the American Academy of Paediatrics says that proportion is 22.4%, in part because of a loosening of restrictions and school activities returning to normal. It could also be that the mammoth task of responding to the pandemic when it first started meant that data on children was not being collected as rigorously, as they seemed to be least at risk.

So does this mean that kids need to be vaccinated? The first clinical trials in young children are about to start, and Singapore is planning to vaccinate children as soon as regulatory approval is given. Early trial results indicate that children aged 12–15 years given two doses of the Pfizer–BioNTech vaccine produced much higher levels of antibodies than those aged 16–25 years.

COVID-19 has devastated Brazil, where 2,200 children under five years have died since the start of the pandemic - a far higher figure than in the United States, for example. The Brazil variant of COVID-19 also seems to be severely affecting pregnant women, meaning they can give birth to stillborn children or babies infected with COVID-19.

A study published in the Pediatric Infectious Disease Journal earlier this year showed that children in Brazil and four other Latin American countries had more severe forms of COVID-19 and more cases of multisystem inflammatory syndrome (MIS-C), an extreme condition in which organs such as the heart, lungs, kidneys and brain can become inflamed. Latin American children seemed to suffer from this far more frequently than children in China, Europe and North America.

But inadequate access to healthcare in Brazil is a significant risk factor for children who are often being diagnosed too late. In remote parts of the country, it may take several days to get to a hospital, by which time their illness has progressed so far that they need critical care. Even when they get there beds can be in short supply, with a health system utterly overwhelmed by the pandemic. And it is the poorest, most vulnerable children who are worst affected, which is exacerbating the social inequalities that already exist.

The legacy of the pandemic’s effect on children

UNICEF has warned that despite children being increasingly affected by COVID-19, the indirect effects of the pandemic are just as devastating.

Children in lower income countries are likely to suffer on just about every indicator. Social and economic disruption has pushed the numbers of child marriages up, says UNICEF, as families struggle to cope – the number of children living in monetary poor households rose by about 140 million by the end of 2020.

Estimates suggest that around 6–7 million children under five could suffer from acute malnutrition, which would mean more than 10,000 additional child deaths a month, mostly in sub-Saharan Africa and South Asia. There has also been a 40 per cent decline in nutrition services for children and women. In Brazil, for instance, a hunger pandemic is happening alongside COVID-19 and nearly 20 million people are starving or facing food insecurity, double the number from 2018.

As of November 2020, more than 94 million people were at risk of missing vaccines due to paused measles campaigns in 26 countries. Given that nearly 10 million ‘zero-dose’ children have not yet been reached with even a single dose of basic vaccinations in Gavi-supported countries, this set-back in immunisations puts even more vulnerable children at risk.