HPV Vaccine Lowers Risk of Cervical Cancer Up to 88%

New research found a direct link between the human papillomavirus vaccine and a lowered risk of developing cervical cancer, with vaccinating children before the age of 17 having the greatest impact. 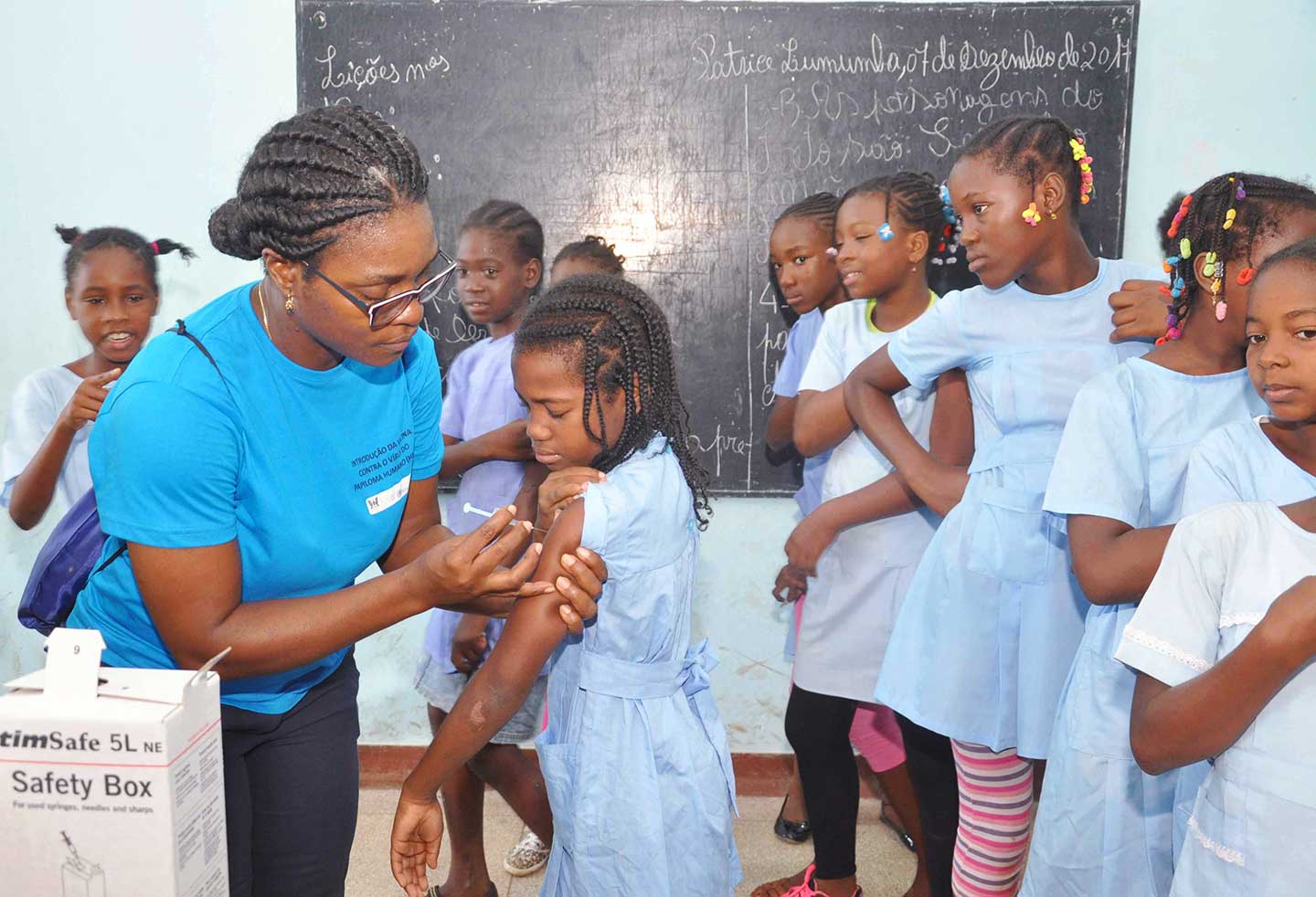 A girl receives an injection of the HPV vaccination from a male health worker. – Gavi/2017/Thierry Vincent

This article was first published in Verywellhealth on 10 October 2020. Read the article here.

Research shows that the quadrivalent human papillomavirus (HPV) vaccine is effective at preventing cervical lesions and genital warts in those who are vaccinated. But what isn't widely known is, on a population level, how much the HPV vaccine can impact the risk of developing invasive cervical cancer. A new study is changing that.

“This is the first time that we, on a population level, are able to show that HPV vaccination is protective not only against cellular changes that can be precursors to cervical cancer but also against actual invasive cervical cancer,” study co-author Jiayao Lei, PhD, a researcher at the Karolinska Institutet in Sweden, said in a press release.2﻿ “It is something we have long suspected but that we are now able to show in a large national study linking HPV vaccination and development of cervical cancer at the individual level.”

The study is important, women’s health expert Jennifer Wider, MD, who was not involved with the research, tells Verywell. “This particular study is the first to look at the connection between the HPV vaccine and invasive cervical cancer as per individual,” she says. “The research heavily supports recommendations by the medical community for offering this vaccine to the general public.”

What This Means For You
Getting the HPV vaccine is important to help prevent several cancers later in life, and growing evidence proves the earlier a tween or teen can be vaccinated, the better.

Nearly all men and women will get at least one type of HPV at some point in their lives, and about 14 million Americans become infected each year, the CDC says.3﻿ Nine out of 10 HPV infections will clear on their own within two years. But others can cause certain types of cancer.

When to Get Vaccinated

The American Cancer Society (ACS) recommends that the HPV vaccine be given to boys and girls between the ages of 9 and 12.4﻿ Children and young adults between the ages of 13 and 26 who have not been vaccinated should get the vaccine “as soon as possible,” the ACS says.

The ACS does not recommend HPV vaccination for people older than 26. However, the CDC says that, in people between the ages of 27 and 45, “some persons who are not adequately vaccinated might be at risk for new HPV infection and might benefit from vaccination.”5﻿

Still, age matters. “Girls vaccinated at a young age seem to be more protected, probably because they are less likely to have been exposed to HPV infection and given that HPV vaccination has no therapeutic effect against a pre-existing infection,” Pär Sparén, co-author of the study and a professor at the Karolinska Institutet, said in a press release.2﻿

“If a parent is wondering when to request this vaccine for their child, before the age of 17 seems to be the optimal time,” Wider says.

Overall, experts urge parents to vaccinate their children against HPV. “Our study shows that HPV vaccination may significantly reduce the risk of cervical cancer, especially if completed at an early age,” Pär Sparén said. “Our data strongly supports continuing HPV vaccinations of children and adolescents through national vaccination programs.”

HPV Vaccine Lowers Risk of Cervical Cancer Up to 88%