The oral polio vaccine – which is no longer given in the US – relies on a live but weakened virus that can actually be passed from person to person. 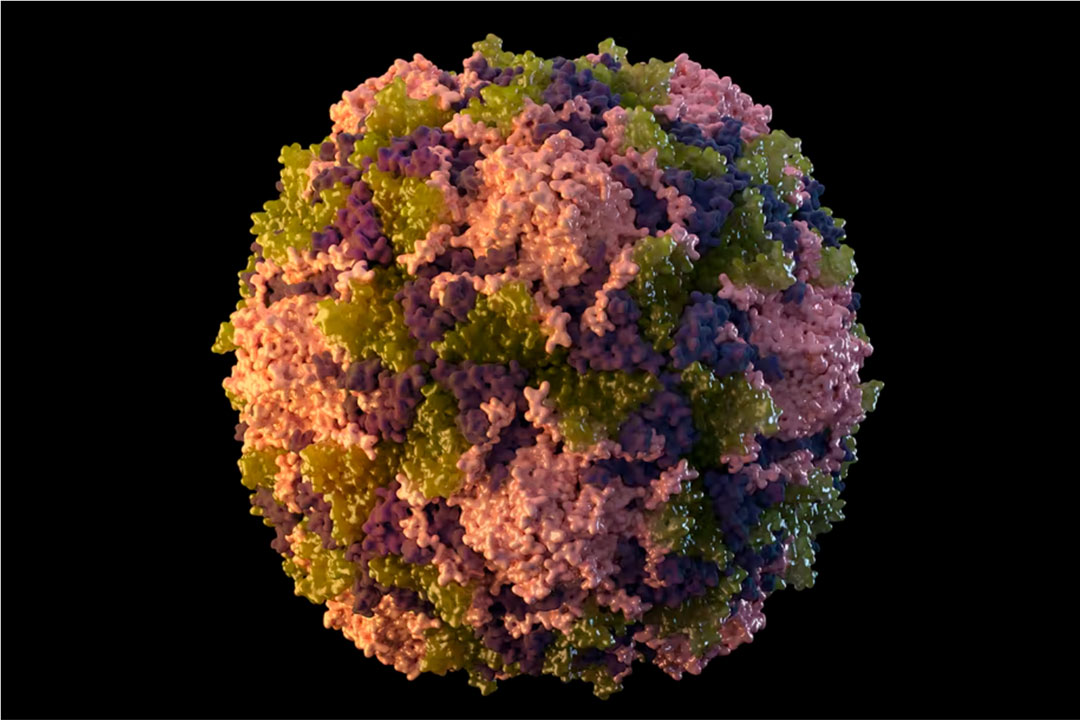 Polio is endemic only in Afghanistan and Pakistan in 2022. Sarah Poser, Meredith Boyter Newlove/CDC via AP

The first case of polio in the U.S. since 2013 was announced by New York state health officials on July 21, 2022. The U.S. resident had not been vaccinated.

Polio was a common cause of paralysis in children before safe and effective vaccines were invented in the mid-20th century. Thanks to global vaccination campaigns, polio is now almost eradicated, with only 13 cases of endemic wild poliovirus reported in 2022 to date worldwide.

The New York patient reportedly contracted a form of polio that can be traced back to the live, but weakened, poliovirus used in the oral polio vaccine. This version of the vaccine has not been used in the U.S. since 2000. Health officials said the virus affecting the male patient, who has muscle weakness and paralysis, likely originated somewhere overseas, where oral vaccines are still administered.

William Petri is an infectious disease specialist and chair of the World Health Organization’s Polio Research Committee. Here he explains what vaccine-derived poliovirus is and why the inactivated polio vaccine administered in the U.S. today can’t cause it.

What are the two kinds of polio vaccine?

Vaccines introduce a harmless version of a pathogen to your body. The idea is that they train your immune system to fight off the real germ if you ever encounter it.

The oral polio vaccine, originally developed by Albert Sabin, uses a live but weakened poliovirus that one swallows in a sugar cube or droplet. Scientists weaken – or attenuate – the virus so it can no longer cause disease.

The other kind of polio vaccine was originally developed by Jonas Salk. It contains inactivated, dead virus. It is administered by an injection.

In the U.S., children receive the inactivated polio vaccine at 2, 4 and 6 months of age. It provides nearly complete protection from paralytic polio.

How can the live vaccine lead to a case of polio?

The weakened form of the live virus in the oral vaccine cannot cause disease. However, because the vaccine is given orally, the weakened virus is excreted in the feces and can spread from someone who is vaccinated to their close contacts. If the weakened virus circulates person to person for long enough, it can mutate and regain its ability to cause paralysis.

The mutated virus can then infect people in communities with poor sanitation and low vaccination rates, causing disease and even paralysis.

This is an exceedingly rare occurrence. With more than 10 billion doses of the oral polio vaccine administered since 2000, there have been fewer than 800 cases of vaccine-derived polio reported.

Apparently, the current patient in New York was somehow exposed to a mutated poliovirus that had been transmitted after vaccination overseas. Earlier this summer, routine surveillance spotted vaccine-derived poliovirus in London’s sewage system, but no cases have been reported there.

Why use the oral vaccine anywhere if it comes with this risk?

There’s a positive aspect to the fact that the weakened live virus can circulate in the community once oral vaccine recipients shed it in their feces. Traveling a feces-to-oral route, it can help induce immunity even in people who weren’t directly vaccinated. The oral polio vaccine is also cheaper and easier to administer than inactivated polio vaccines.

Most importantly, the live-virus vaccine stops transmission of wild poliovirus in a way that the inactivated-virus vaccine does not. The eradication of polio in the Americas, Europe and Africa has been accomplished solely through the use of the live oral vaccine. Once polio has been wiped from a continent, then it is safe to stop using the oral live vaccine and use only the inactivated vaccine, which does prevent disease in recipients and does not pose the rare risk of vaccine-derived paralytic polio.

A new and safer oral polio vaccine that has been engineered not to mutate is now replacing the earlier live-virus vaccine. Thus, even this extremely rare complication of polio vaccination should soon become a thing of the past.

How close is the world to eradicating polio?

Thanks to tremendous global effort, two of the three viruses that cause polio have been eradicated. The world is now on the verge of eradicating the final one, wild poliovirus 1 (WPV1).

Today endemic polio is found only in Pakistan, with 12 cases of paralytic polio so far in 2022, and Afghanistan, with just one case this year. Africa has two cases, imported from overseas, which are being contained by additional vaccination campaigns.

Once wild poliovirus has been eradicated from the planet, vaccination efforts may be able to switch to the inactivated polio vaccine, eliminating the risk of any future vaccine-derived cases.

William Petri receives research funding from the NIH and the Gates Foundation.

University of Virginia provides funding as a member of The Conversation US.