The science behind COVID-19
COVID-19COVAXEducationalExplainer

Study suggests the risk of a serious brain clot is up to ten times higher in people with COVID-19 infections, compared to those receiving a COVID-19 vaccine. 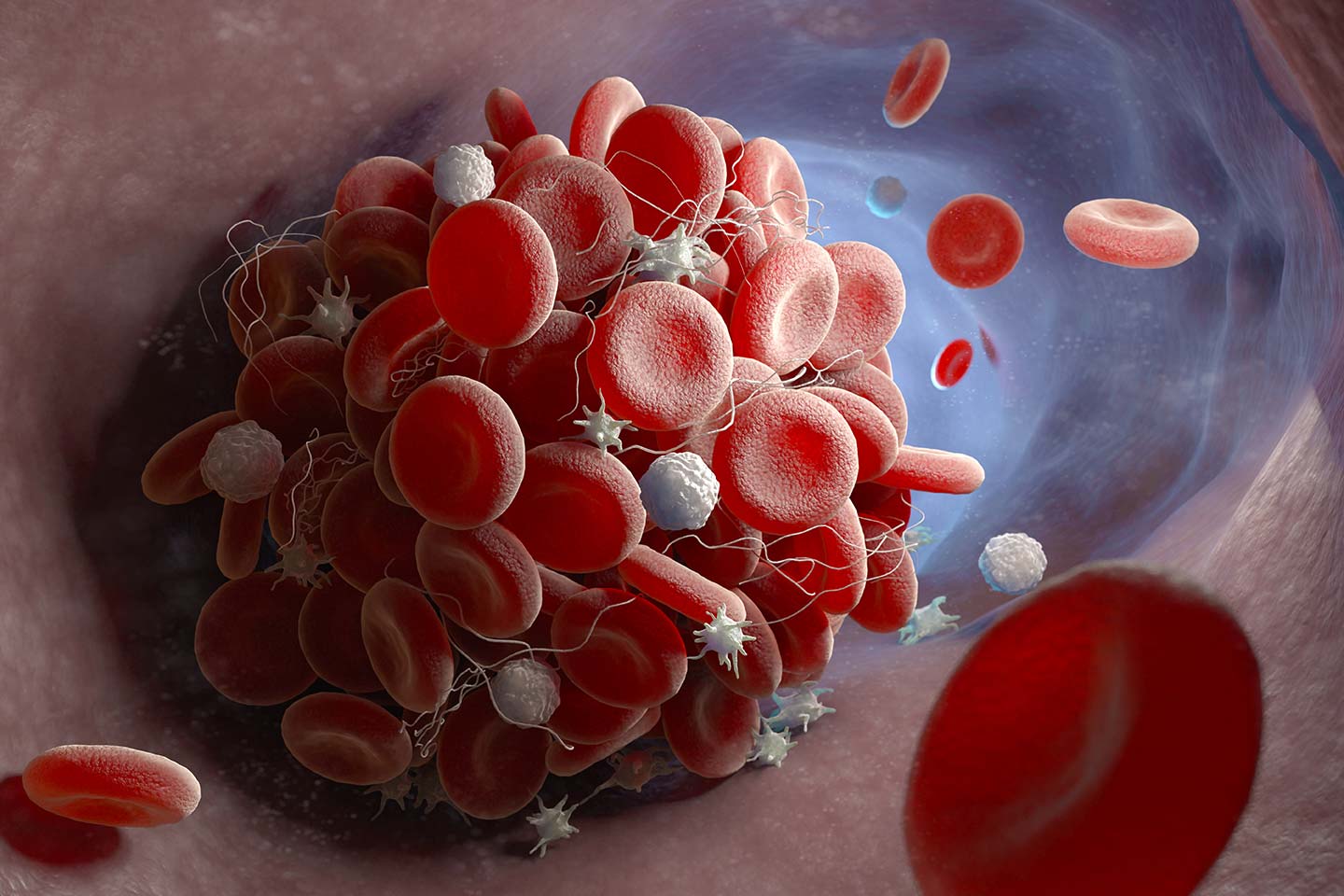 Depiction of a blood clot forming inside a blood vessel.

Much has been made of the risk of serious blood clots after receiving a COVID-19 vaccine, but the SARS-CoV-2 virus also increases the risk of clotting. Now, a new study has quantified this risk, finding that serious brain clots, called cerebral venous sinus thromboses (also known as cerebral venous thromboses, or CVT), are around 100 times more common among people with COVID-19 infections compared to healthy individuals – and up to ten times more common than among people who have recently been vaccinated against the disease.

The study should go some way to reassuring people that the risks from vaccination are significantly lower than those associated with catching COVID-19, which can trigger many other complications, besides blood clots, and is estimated to have killed more than three million people globally since the start of the pandemic. However, we should be cautious about making direct comparisons, as data on the various vaccines is still accruing.

Researchers at the University of Oxford, UK, who were independent from the group which developed the Oxford-AstraZeneca vaccine, analysed the electronic health records of 81 million people in the US, of whom 513,284 had been infected with COVID-19, looking at the risk of CVT – blood clots that occur in the veins draining blood from the brain which can be fatal. They found that although these blood clots were uncommon after infection with the coronavirus, 20 people developed one within two weeks of diagnosis – equivalent to 39 in every million people. Six of these individuals were under the age of 30. For all age groups, the risk was significantly higher among patients with a history of cardiovascular disease.

The study also assessed the prevalence of CVTs among 489,871 people who received either the Pfizer or Moderna mRNA vaccines, finding that these clots occurred in just two people – equivalent to a risk of four in a million people. The study didn’t assess the risk of these clots among people who received the AstraZeneca vaccine, because it was based on a US dataset where this vaccine is not currently available. However, the UK’s Medicines and Healthcare products Regulatory Agency (MHRA) has calculated the risk to be four in a million people, while the European Medicines Agency has estimated it to be around five in a million people, based on 169 recorded cases of CVT out of 34 million people vaccinated.

Professor Paul Harrison at the University of Oxford said their study had implications for people weighing up the risks of getting vaccinated: “We’ve reached two important conclusions. Firstly, COVID-19 markedly increases the risk of CVT, adding to the list of blood clotting problems this infection causes. Secondly, the COVID-19 risk is higher than we see with the current vaccines, even for those under 30; something that should be taken into account when considering the balances between risks and benefits for vaccination.”

Further research is needed to better quantify the risk of blood clots following vaccination as well as to understand whether the SARS-CoV-2 virus and the vaccines increase the risk of CVT by the same or different mechanisms.