Stories from the community
Photo stories

"The vaccine has done wonders”: Kenya’s experience with the world’s first malaria vaccine

The Gavi Board has approved the roll-out of RTS,S/AS01, the world’s first vaccine against malaria, a sickness which kills 260,000 children under five in sub-Saharan Africa every year. To get a sense of what this historic development might mean on the ground, #VaccinesWork visited malaria-endemic western Kenya, where hundreds of thousands of children have already received the vaccine as part of an ongoing pilot scheme. 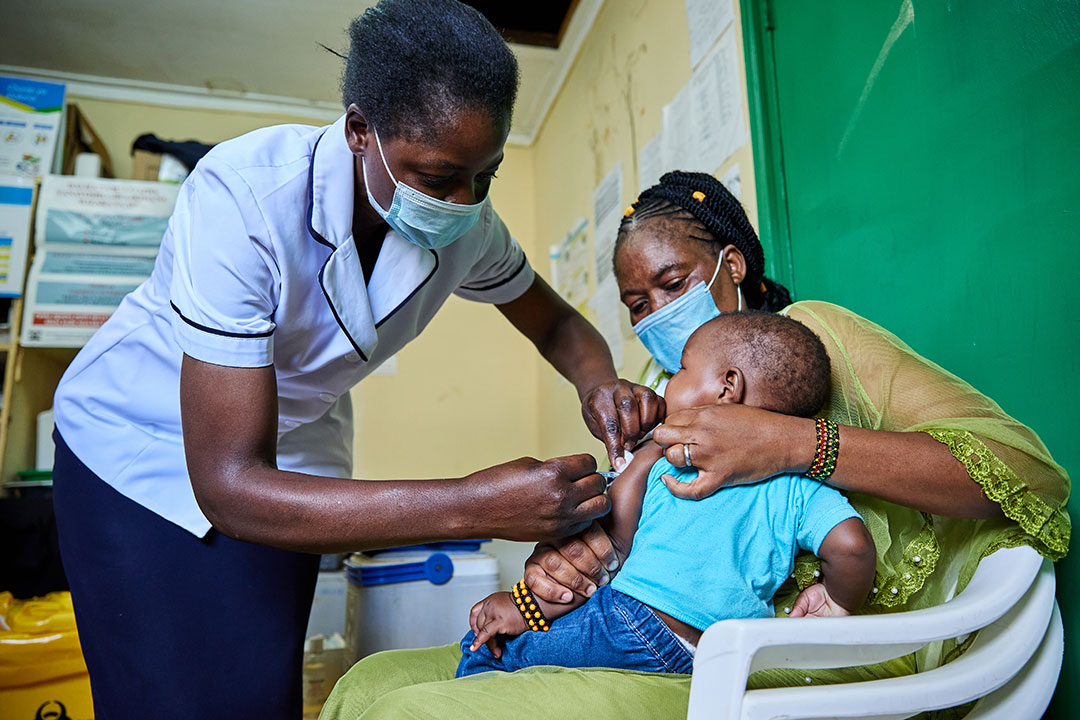 In parts of western Kenya, the threat of malaria is so severe that nurses say hospital wards are often filled to capacity with children sickened by the parasitic disease. But two years after a pilot scheme brought the world’s first malaria vaccine to health centres in the region, health workers are noticing improvement.

"Before the initiation of malaria vaccine, we had a lot of severe malaria. In fact, you could hardly miss a day having a child convulsing of high fever due to malaria. When vaccines were introduced, we’ve had malaria, but it’s not severe."

“This is a malaria-endemic region,” says Florence Akech, who coordinates immunisation in Kisumu County, which brackets the easternmost protrusion of Lake Victoria. Kisumu is wet: when it rains, it pours; the lake is prone to flooding, and stagnant water attracts egg-laying Anopheles mosquitoes, which transmit P. falciparum, the deadliest malaria parasite.

“You expect a lot of children to get malaria,” Akech says. But since the introduction of the RTS,S vaccine here in 2019 the incidence has noticeably dropped. “We’ve seen a reduction in the number of cases of malaria, the severe malaria that was bringing a lot of admissions in our facilities,” she says. “Previously, the positivity rate was very high, up to about 27%. But so far, according to the malaria indicator survey for year 2020, it’s at 18%.”

Pamela Odhiambo, a senior registered nurse from a sub-county hospital in Kisumu West, has been responsible for dispensing the vaccine – a four-dose course administered between ages 6 months and 2 years – to the region’s babies and toddlers. She says she and her colleagues have noticed not only a drop in the numbers of admissions, but also in the intensity of the symptoms being suffered: “it’s not as severe as the way they used to have it,” she says. “It’s rare to see a child who is having severe malaria, or maybe with severe anaemia already. It has really reduced.”

For frontline workers like Odhiambo, that’s a huge relief. Malaria is particularly deadly in kids aged under five, killing 260,000 young children across sub-Saharan Africa each year. It can be tough to witness. “Most of the children, when they get severe malaria, they even end up in convulsions. So if they don’t get quick attention, it’s always having bad results,” says Odhiambo. “When they have severe anemia, we end up transferring them for urgent transfusion. If there is no ready person to donate, we always lose them.”

Pius Wanyama, routine immunisation logistician at Malava Sub-County Hospital in nearby Kakamega County says the vaccine has brought a new “peace” to the wards. “Before the initiation of malaria vaccine, we had a lot of severe malaria. In fact, you could hardly miss a day having a child convulsing of high fever due to malaria,” says Wanyama. “When vaccines were introduced, we’ve had malaria, but it’s not severe.” He adds, with a laugh, “Those febrile convulsions due to malaria – they are not seen. The healthcare workers at least, they are at peace.”

Malava nurse Janet Mula, who is intimately acquainted with malaria both as a health worker and a repeat sufferer, agrees: “we have that reduction in the cases on the wards. We have the reduction of even deaths that we used to have, initially, due to malaria.”

Wanyama says the vaccine “has done wonders” – but he, like his colleagues in Kenya’s public health institutions, knows that the new vaccine is far from a wonder drug. Unlike some near-perfect vaccines, such as the 97% effective measles vaccine, the new malaria jab offers partial protection. Phase three clinical trial data showed that among children aged 5-17 months at first vaccination, the number of clinical cases was reduced 36% up to the end of the study; the cohort aged 6-12 weeks at first dose saw a 26% reduction in clinical cases.

That’s because the malaria parasite is a far more complex organism than a measles virus or Hib bacterium. Vaccines against parasites are notoriously difficult to design – in fact, RTS,S will be the world’s first to hit the market.

Rather than act as a standalone shield, RTS,S has been conceived as an additional tool in a broader malaria prevention strategy that includes bed nets, antimalarials, environmental management and seasonal chemoprevention. In layered combination – what Gavi’s policy lead on the malaria investment case Deepali Patel has called a “swiss cheese model” – the new vaccine promises to save many thousands of lives.

When WHO recommended RTS,S for widespread use in malaria-affected parts of the world on 6 October this year, Dr Rose Jalong’o, team lead for the malaria vaccine implementation programme in Kenya’s Ministry of Health, understood herself to be witness to a historic moment in humanity’s millennia-long fight against malaria. “We felt that, wow, okay, it was such an exciting time,” she recalls - “in our lifetime we’ve seen an additional intervention to the already existing interventions that are going to reduce the burden of malaria, especially in children under five years of age.”

Josephine Njoroge, technical officer within WHO Kenya’s malaria vaccine programme echoes her: “It’s a very exciting time for the country and for the malaria community,” she says. “We look forward to seeing this vaccine contribute to burden reduction, not just in Kenya, but in other high-burden countries in the African region.”

“Widespread use” will mean bringing the vaccine to new countries and new areas. It’ll also mean filling the gaps in western Kenya’s RTS,S roll-out. In order to generate legible data about the vaccine’s impact, the pilot scheme was designed to provide the vaccine in scattered pockets of the region – a randomised set of 46 sub-counties in Kenya’s west.

Nyando Sub-County is one non-vaccinating comparison site, meaning that unlike their neighbours, its residents have not yet had access to the RTS,S vaccine. Merab Achieng Akello, nursing officer at Nyando Sub-County Hospital, is looking forward that changing. “It will make a big difference. Because I know that when we give vaccination, the cases will reduce, definitely,” she says. “It will be of great help to our babies, and to us as health workers. Our burden will be reduced.”

Nyando immunisation coordinator Wycliffe Misiayo notes, somewhat amused, that not all parents in the sub-county have waited as patiently as nurse Akello. “Mothers have been sneaking out of the sub-county to take their babies to be vaccinated in the nearby sub-county,” he says. “Why? Because when they are in their social gatherings, you realise that they are sharing." Good news spreads fast. He adds: “That has showed us some attitudes towards the malaria vaccine.”

In fact, across western Kenya, uptake has been strikingly high – a promising sign for a vaccine that will do its best work when deployed at great scale. Florence Akech, the immunisation coordinator, says first dose coverage in Kisumu has surpassed 90 percent among eligible kids. Within six months of the pilot’s September 2019 launch, Rose Jalong’o says, malaria vaccine uptake matched the uptake of the third dose of the well-established pentavalent vaccine.

More than saving lives and unburdening the hospital wards, that sort of coverage promises a second-round boost to the health sector. Frederick Odhiambo Oluoch, Director of Public Health and Sanitation for Kisumu, says that as malaria numbers have fallen, the health system has made new savings on malaria treatment and management. “That means we can reallocate that money to help in handling other health problems,” he says.

Further, the logistical exercise of rolling out the new vaccine has brought opportunities to shore up the reach of the local public health apparatus.  New cold chain equipment brought in for the malaria pilot has been useful in housing COVID-19 vaccines. Strengthened surveillance mechanisms for spotting adverse vaccine reactions have kept a watchful eye on the whole routine immunisation toolbox, not just on RTS,S. And, as Pius Wanyama says, a new vaccine is a new opportunity to bring families into closer contact with the health system: a baby receiving her third dose can also be caught up on missed measles vaccination; her mother can be offered cervical cancer screening.

As Kleta Achieng, mother to baby Daniela, one of the first generation of Kenyan children to receive protection from malaria via a vaccine, puts it: “these vaccines are important – they help in so many ways.” 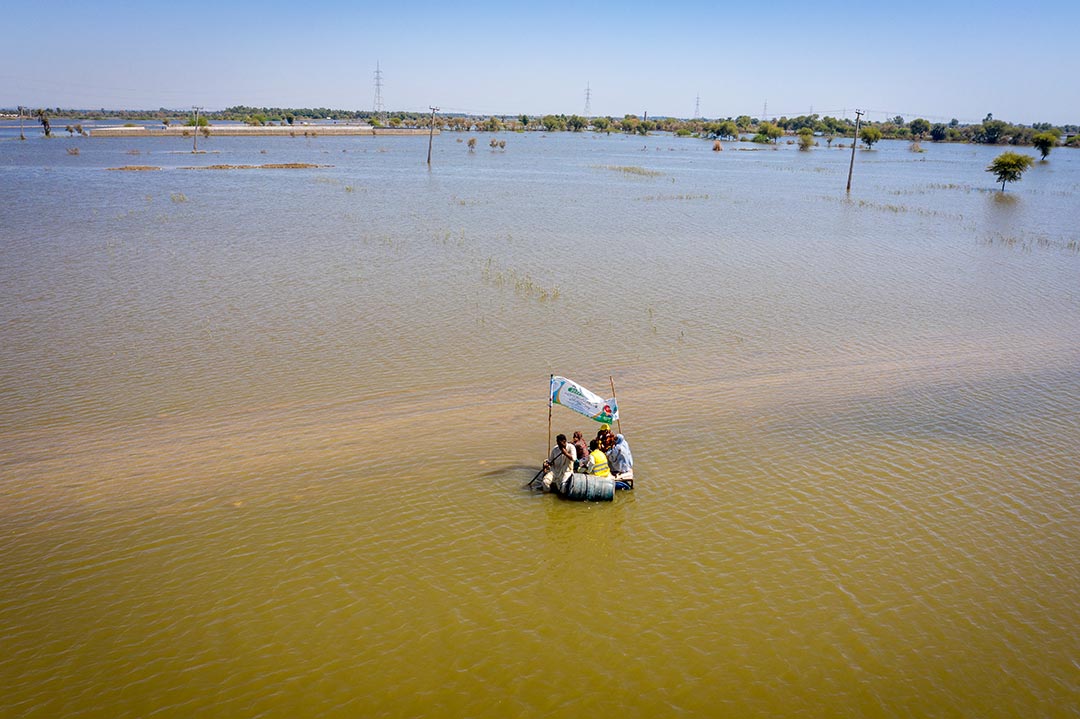