Offit’s sobering inquiry into “one of the worst biological disasters in American history” is a work of unflinching investigative journalism which lands, finally, not as a whodunit, but as a tribute to modern systems of meticulous vaccine regulation. 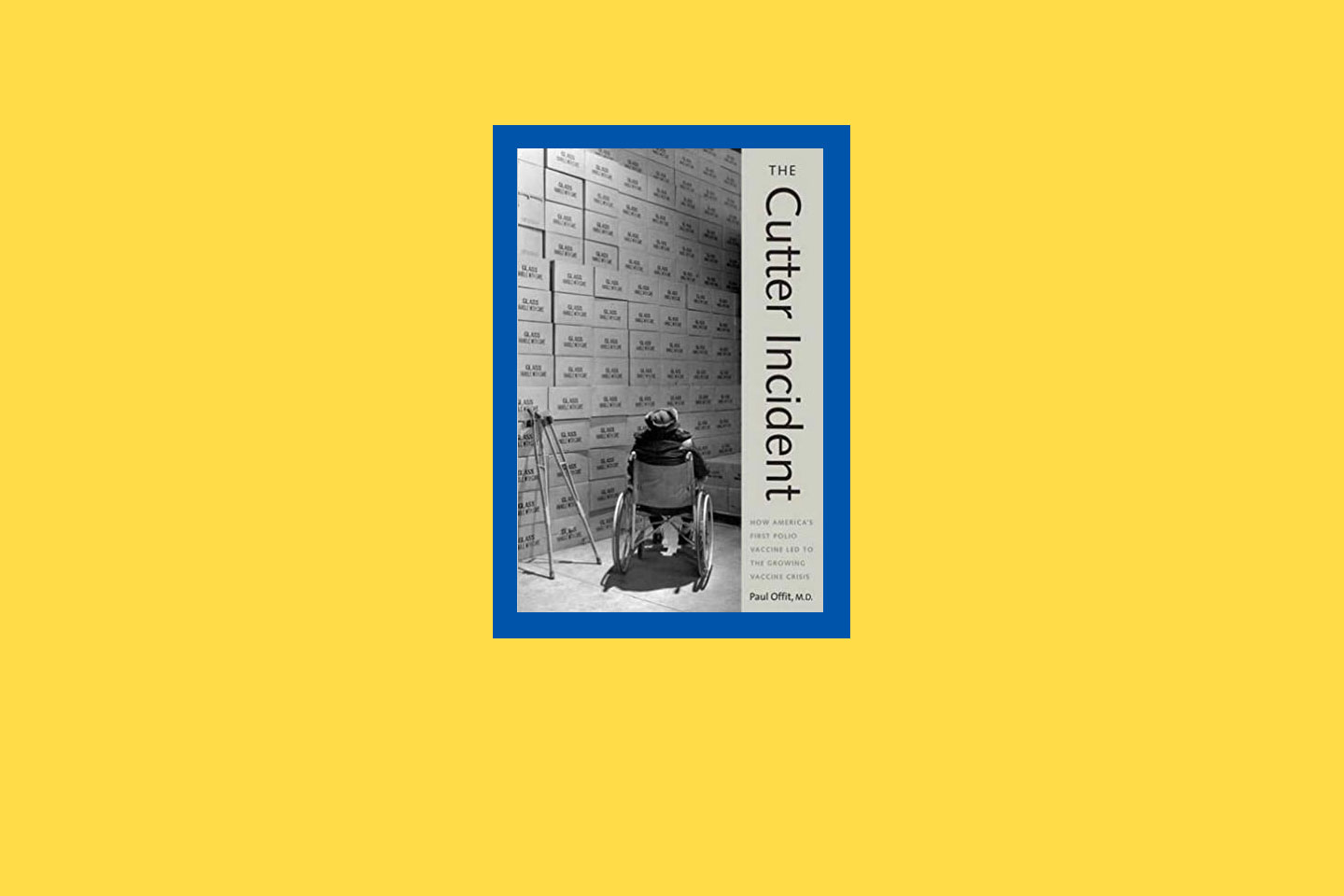 The Cutter Incident by Paul Offit

At 10:38 am on April 27, 1955, a telegram was dispatched from the offices of Cutter Laboratories in Berkeley, California, to health departments and drug stores across the American West and Midwest. It read: “URGENT. NO FURTHER INJECTIONS OF CUTTER POLIO VACCINE ARE TO BE MADE. IMMEDIATELY ADVISE YOUR PHYSICIANS.”

The Cutter vaccine was that manufacturer’s version of Jonas Salk’s vaccine, which was good: a colossal 1954 field trial had showed Salk’s pioneering jab was 80-90 percent protective against polio, and that it was safe. Journalists greeted the announcement of the vaccine’s success in trial breathlessly: polio, a dreaded disease that had infected almost 60,000 in 1952 alone, was “conquered”, they wrote.

The Cutter Incident offers a humbling reminder that well-designed, well-tested vaccines are still made, stored, and administered by people.

Zoom out a little, and the anticipatory acclaim proves amply justified: as soon as 1957, the US’s polio case-load had dropped to 5,485 cases – a 90 percent drop from the epidemic’s peak. By the late 1960s, that still-declining tally stood at fewer than 50. Today, with polio’s endemic province reduced to just two countries, Pakistan and Afghanistan, an estimated 18 million people have been saved from polio paralysis by vaccines – both the inactivated kind, like Salk’s, and the live-attenuated variety, debuted later by Albert Sabin.

But zoom back in on that moment in April 1955 and you feel your stomach drop: the polio vaccination campaign that had just kicked off in America was about take a horrific turn. Somehow, Cutter had released bad batches of vaccine into the world – batches which contained live, perfectly potent poliovirus. By the time the telegram went out, 380,000 doses had already been administered. 220,000 of the children that had been injected with it would suffer abortive, or short-lived polio. 164 were severely, permanently paralyzed by the Cutter vaccine. 10 were killed.

Paul Offit – physcian, scientist, professor of vaccinology at UPenn, professor of paediatric infectious diseases, director of the Vaccine Education Center, and author of a ridiculous number of popular non-fiction books besides – set out to sort out that foggy “somehow.” What, exactly, had gone wrong? Offit has said he was unsatisfied with suspiciously simplistic and vague suggestions that culpability rested on the shoulders of a lone, unscrupulous bad actor – Walter Ward, who oversaw production at Cutter Laboratories. Curious, Offit burrowed into the archives and emerged, some eight years later, with The Cutter Incident, a narrative far more complicated than a whodunit, but no less compelling.

Offit doesn’t locate the roots of the disaster inside Cutter Laboratories - though he does record the dismay of Julius Youngner, a Salk lab scientist who visited the plant, at the disordered conditions there. Instead, he traces the foundational problems to the pivot point between the trialvaccination campaign and the post-licensure roll-out. The trial, which was run by the National Foundation for Infantile Paralysis, used a stock of vaccine that was manufactured by just two companies according to a 55-page instruction protocol written by Salk.

The commercial roll-out, conducted under the aegis of a federal government with only the slimmest of regulatory apparatuses, involved five vaccine producers, including Cutter, working from a five-page recipe which allowed – mystifyingly enough – plenty of room for divergence in method. Cutter wasn’t the only producer that faced problems: all five of the companies, Offit finds, had trouble replicating the “straight-line inactivation” pattern that Jonas Salk relied on for certainty that the poliovirus used in the vaccine really was killed.

If the amount of live poliovirus remaining in a batch didn’t decrease as predicted when subjected to formaldehyde, then the batch risked being unsafe at the end of the period of formaldehyde exposure. And yet, if the safety tests the companies used had been sufficiently sensitive, no unsafe vaccine would ever have made it from the plant to the market; no-one would ever have come to any harm. This was a compound, complex, tragic failure. There were fatal inadequacies at multiple levels.

Offit’s analysis is forensic. He determines that the key manufacturing flaw had to do with a change in the method of filtration, which he finds at more than one company. Auxiliary design and circumstantial factors made Cutter’s vaccine by far the most dangerous. But even if Cutter did no more than strictly required to ensure their vaccine was safe, Offit points out that there was no callous negligence: Cutter’s safety testers trusted their product enough to inject it into their own children.

Still, like sad mile-markers on the way to disaster, he tallies a series of missed opportunities for life-saving intervention – a slew of “how on earth did they let that happen?” moments constitute the emotional pulse of the book. But of course, this book describes the events that prompted the development of a robust, authoritative, overseeing “they”: a regulatory framework that means we no longer need to trust for-profit pharma companies to check up on themselves.

“When [the polio vaccine roll-out] was re-established, it was re-established as a safe and effective vaccine,” Paul Offit told Global Health Chronicles in 2016. “It was done quickly because it had to be.” Polio season was around the corner, and, if it was made properly and tested properly, America had a safe, effective vaccine to protect its children from paralysis and death.

The overhaul of the safety structures around vaccine development and roll-out is the great legacy of the Cutter tragedy. Lately, amid the largest and fastest immunisation campaign in history, the world online seems to be either whispering about allegedly “experimental vaccines” and the allegedly ignoble motives of Big Pharma, or chorusing back  “trust the science.” The Cutter Incident offers a humbling reminder that well-designed, well-tested vaccines are still made, stored, and administered by people. We need good science, and we need good systems to keep it safe. When I receive my second dose of COVID-19 vaccine this afternoon, I’ll be particularly glad that we have both.

The Cutter Incident is published by Yale University Press