The initial concern that nervousness over the new vaccines would slow uptake doesn’t seem to have become a reality in the early days of COVID-19 immunisation, although it will be critical to maintain vaccine confidence suggests an Ipsos poll. 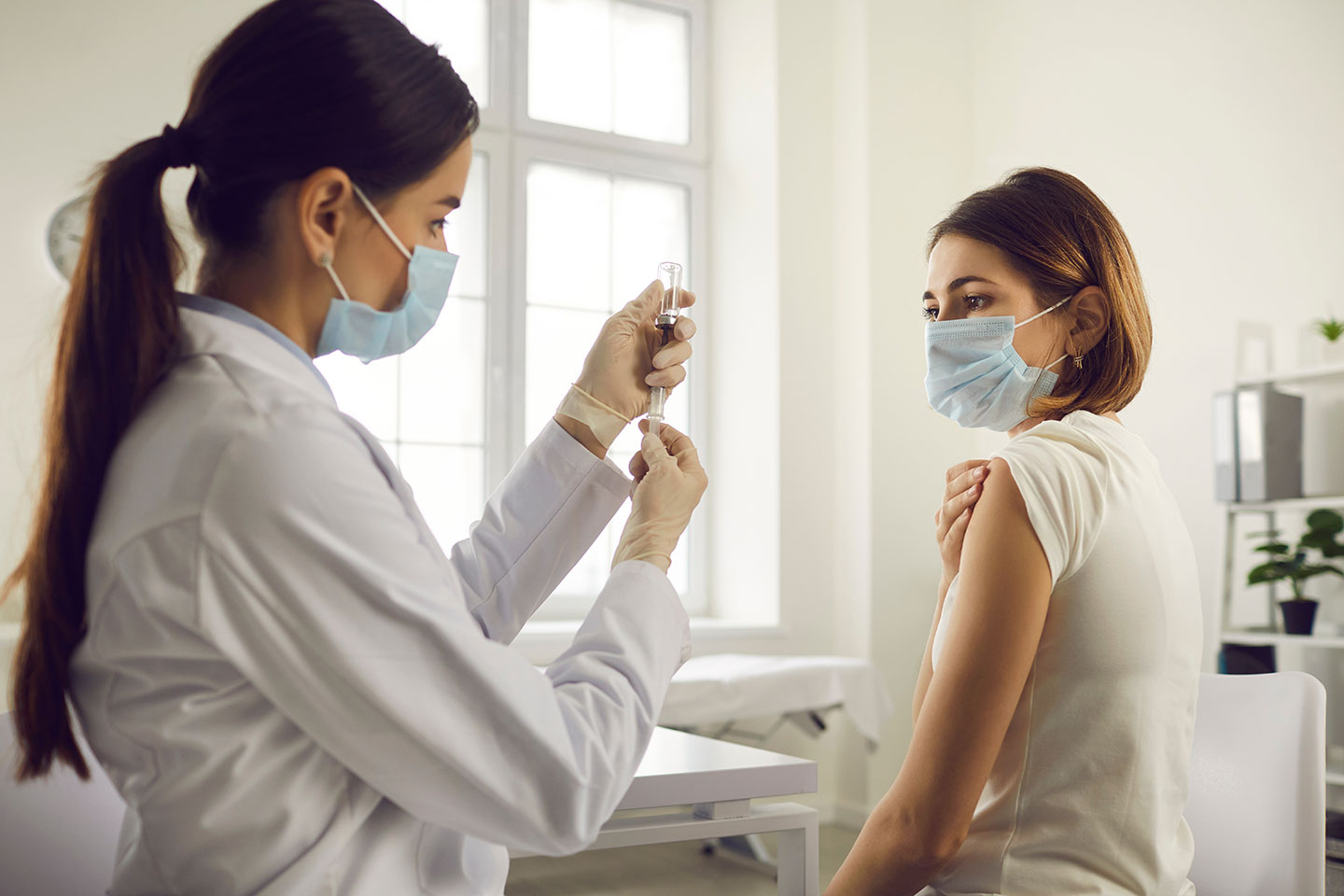 With the lightning-fast development of vaccines to fight COVID-19, there have been many reports of vaccine hesitancy, even among health workers.

But it will be important to ensure that confidence stays high as it’s critical that most of the population is vaccinated in as short a time as possible, in order to stop transmission.

This hesitancy has been attributed to several factors, including ingredients in the vaccines and the first use of RNA vaccines in people. But many people have said their main concern is the speed at which these new vaccines have been developed – less than a year for the several candidates currently being rolled out.

Even though most people spent 2020 in lockdown or severely restricted gatherings, the virtual community that social media offers has increased the likelihood of people being exposed to negative messages about vaccines. Also, the ability of social media to sow mistrust has meant that such messages have spread to others who were not necessarily anti-vaccine, but who were nevertheless worried about taking brand-new vaccines that they perceived not to have been tested sufficiently.

The numbers are going in the right direction

The positive news is that, as an Ipsos poll for the World Economic Forum Davos 2021 shows, despite some voices of hesitation, people are even more willing to take a vaccine in January 2021 than they were in December 2020.

Rather than falling, the percentages of people who "strongly agreed" that they would take a vaccine when one became available to them rose in many countries including Brazil (+16%), UK (+20%), China (+11%) and Italy (+26%). Of those who agree they would get the vaccine, most said they would take it within a month of it first becoming available, with 44% saying they would get it “immediately.”

The paper accompanying the poll describes the new wave of COVID-19 vaccine hesitaters as the "reasonable reluctant"; these are not people who are anti-vaccination per se, and have often been pro-vaccine in the past, but are cautious about these new ones.

Thus, it could be that when their fears of major side effects or death are not borne out, their willingness to be vaccinated goes up.

But it will be important to ensure that confidence stays high as it’s critical that most of the population is vaccinated in as short a time as possible, in order to stop transmission.

The poll found that four key messages are strongly related to people’s willingness to get vaccinated. The first is communication on safety and efficacy of vaccines, especially ones using new RNA technologies; this will require public health institutions to get their messages across in a way that builds trust and addresses concerns. 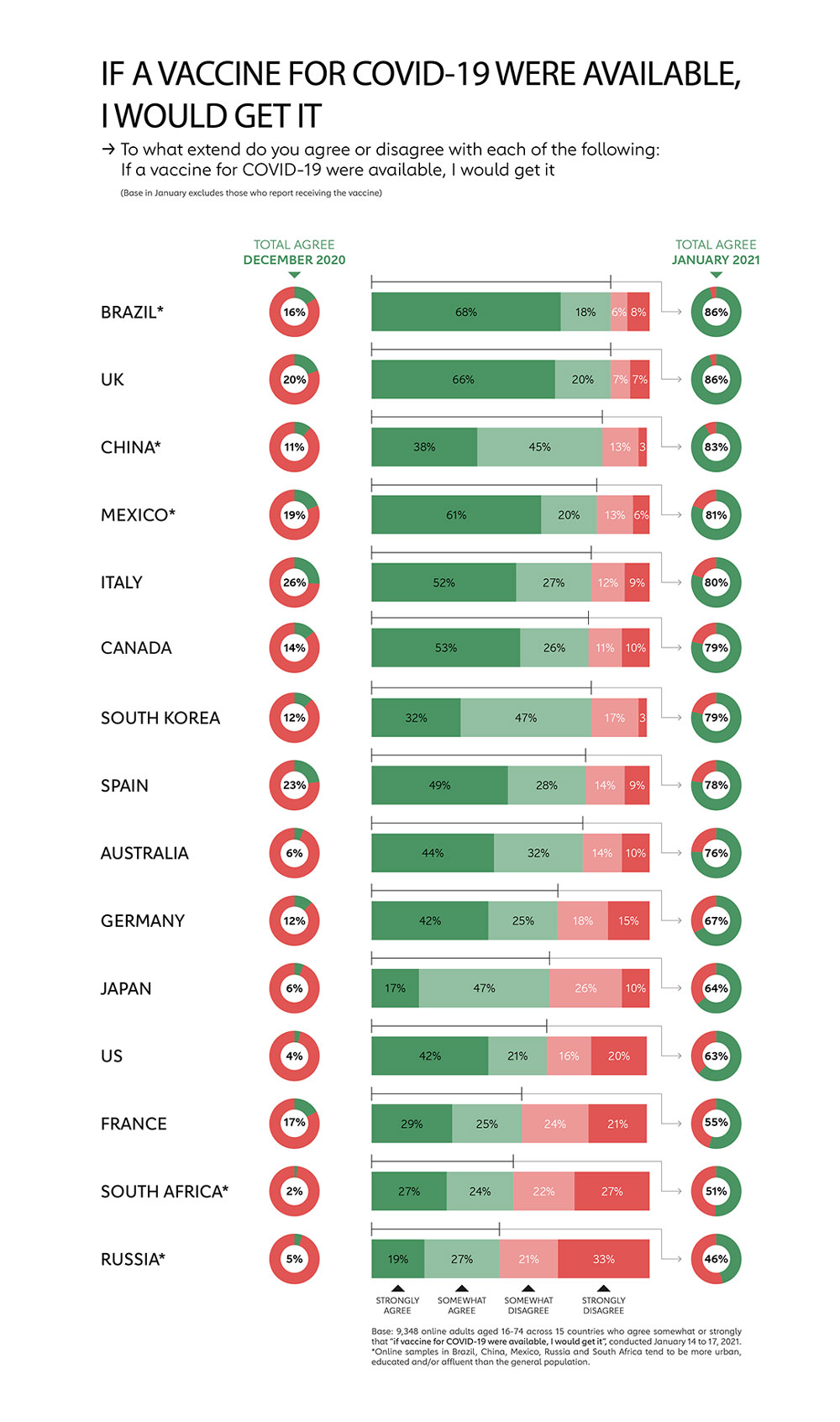 The second is around emphasising that vaccination is a "normal" part of personal health protection. A third issue is communicating that getting vaccinated is a choice, but connecting that choice to social responsibility. The final message involves addressing potential regret of not getting vaccinated – both at the effect on the individual but also on what it could do to loved ones who might be vulnerable.

The researchers flag that ensuring that there are enough vaccines for everyone is crucial, as an unmet demand can cause anxiety.

What will be important is clear communication about the process and timeline of getting a vaccine, rather than vague statements about access.