The science behind COVID-19
Cross-postsCOVID-19Vaccine safety

Hybrid immunity: a combination of vaccination and prior infection probably offers the best protection against COVID

‘Hybrid immunity’ is the term for immunity acquired from both prior infection and vaccination. 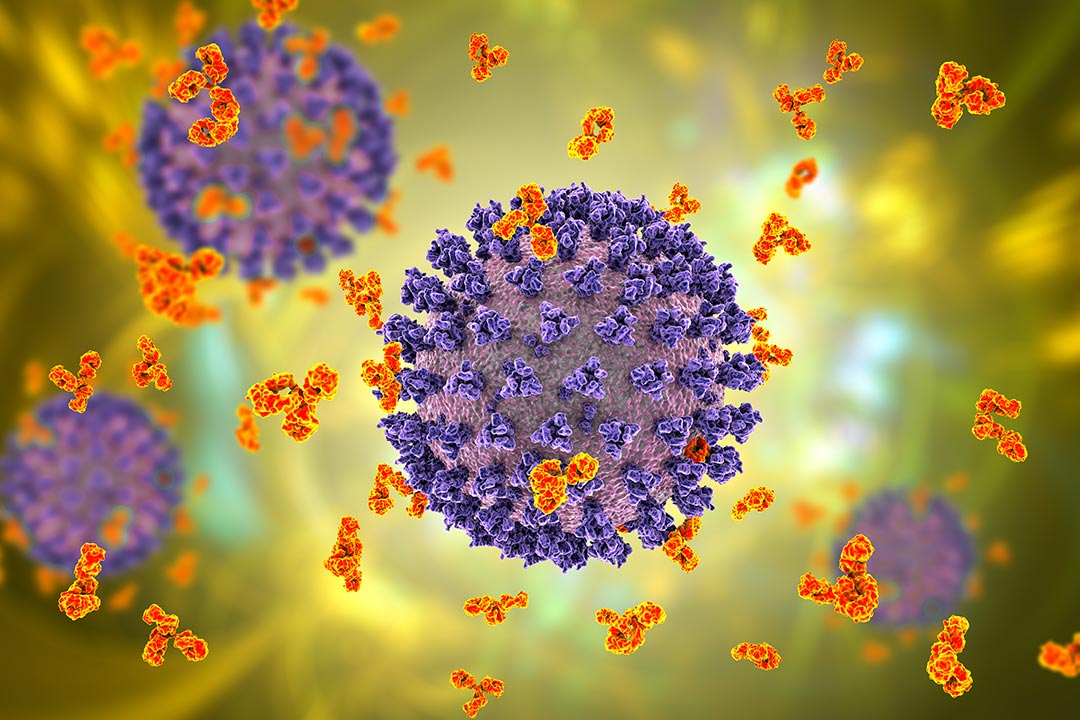 A conceptual 3D illustration of antibodies attacking the SARS-CoV-2 virus.

When we’re exposed to a pathogen such as a virus, our immune system identifies it as a foreign invader and mounts an attack. This ultimately results in the formation of antibodies which can neutralise the invading pathogen next time we encounter it.

It’s a complex process. Our immune system forms B cells (that make antibodies) and specialist T cells (that either aid B cells or kill infected cells), as well as memory cells to prepare for any future attacks from the same pathogen.

The pathogen which triggers this process can be introduced through natural infection or vaccination. Of course, after two-and-a-half years of COVID we know neither of these forms of immunity are foolproof. Although prior infection and vaccination both provide some degree of immunity for a time, plenty of people catch COVID after being previously infected, vaccinated, or both.

So which is “better” – the immunity produced from an infection, or a vaccine? Or is a combination of both optimal? Let’s take a look.

When we receive a vaccine, it exposes our immune system to parts of the pathogen, allowing it to form antibodies and memory cells, without the risks of infection. The COVID vaccines work in slightly different ways, but all expose our immune system to the spike protein of SARS-CoV-2. This is the protein that coats the virus particle and is essential for infecting our cells.

Our immune response following vaccination is specific to the part of the virus contained in the vaccine. During an infection, our bodies make antibodies against many different areas of the virus – but not all of these antibodies will be equally useful. The current COVID vaccines contain the spike protein because it’s generally accepted that antibodies specific to surface proteins are the most protective.

Many viruses have mechanisms to “evade” the immune system, delaying the identification of the pathogen and modulating how immune cells respond. SARS-CoV-2 is no exception, which, in theory, could weaken the immune response generated by an infection.

Vaccines are designed to prompt a very strong immune response. Most vaccines contain “adjuvants” – essentially extra ingredients to help our immune systems form a robust response to the spike protein.

A recent study found that people who were vaccinated against SARS-CoV-2 had antibody levels 17 times higher against the spike protein compared with people who had a natural infection. The same study also showed that antibodies from vaccination were better at preventing viral entry into cells.

Another study demonstrated that antibodies from the vaccine targeted more areas of the spike protein than those formed against infection.

But our immunity to pathogens isn’t all about antibodies. An effective T cell response is key in clearing SARS-CoV-2 from the body and preventing severe disease.

Looking at T cells from infection versus vaccination shows some subtle differences. Both produce a similar amount of memory T cells, but people previously infected with SARS-CoV-2 have more “Th1” T cells. Th1 cells specialise in recognising viruses in our cells and directing the antiviral response.

A range of different types of T cells are needed to fight a viral infection, so it’s currently unclear whether this Th1 cell bias seen in natural infections actually provides greater protection against reinfection.

While measuring immune responses in the form of antibodies and T cells can give us lots of important information, comparing infection rates in people with immunity from infection versus vaccination can tell us which form is more protective against future infections.

A range of studies that have tracked people over several months reported that patients with a prior infection were roughly five to 20 times less likely to contract COVID compared with their unvaccinated, not previously infected counterparts.

As vaccination only became widely available in mid 2021, long-term data for infection rates post-vaccination is still emerging. But early studies indicate that immunity from vaccination and infection offer similar protection against SARS-CoV-2 infection.

With more people vaccinated and the virus still circulating, many people are developing “hybrid immunity” to SARS-CoV-2: immunity formed from both vaccination and an infection.

Though there are only a handful of studies on this so far, the current consensus is that hybrid immunity is more protective than either vaccination or infection alone. In one study, researchers found that people who had received a single dose of a COVID vaccine and been infected with the virus were 58% less likely to get reinfected compared to people with natural immunity alone. Those with two-dose hybrid immunity had a 66% lower chance of reinfection.

One small study from India showed that a hybrid of a single vaccine dose plus natural infection produced the highest antibody levels compared to either one or two vaccines without infection, or natural immunity alone.

Through no fault of researchers, when using patients from particular populations, the data will be limited. Factors such as access to healthcare and what vaccines were available and when they were available can differ between populations, and may affect the results, meaning they mightn’t be applicable to all groups.

Meanwhile, immune responses vary between individuals. Factors including age and existing health conditions are known to affect our immune systems. Even things like the time of day can affect immune responses to vaccines.

A significant limitation is that many of these studies took place before omicron, which has a highly mutated spike protein. These changes make it less susceptible to the antibodies formed from vaccines (all of which are based on the original Wuhan strain) or previous infections. Indeed, evidence suggests the reinfection rate during the omicron wave has been much higher than during waves driven by earlier variants. So subsequent studies may produce very different results.

Immunology is a rapidly developing area and there’s still a lot we don’t fully understand. But I personally won’t be seeking out a “natural” infection to boost my immunity against COVID when the risks of infection far outweigh those of vaccination.

Grace C Roberts works for the University of Leeds and receives funding from the MRC.

Queen's University Belfast and University of Leeds provide funding as founding partners of The Conversation UK.