Tales from the past
CholeraEducational

John Snow and the Pump Handle of Public Health

The narrative of the Broad Street pump is the story of a vital epidemiological discovery; it’s also a story about discovery: it has the tidy, conclusive quality of a fable about science. But in the years after its discovery, John Snow’s theory of water-borne disease had to overcome a familiar enemy of good public health: politics. 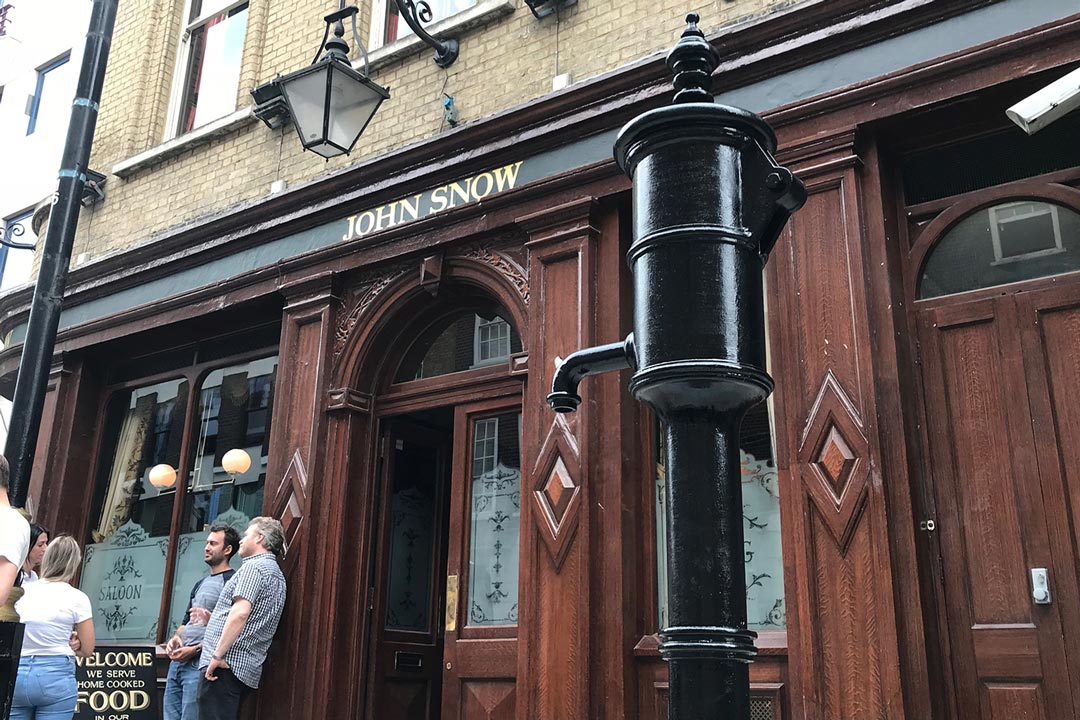 Baby Frances Lewis, blue and spent after four days of violent diarrhoea, died in London’s Soho district on September 2, 1854. Her mother Sarah washed out the child’s soiled clothes and tipped the washing tub out into the cesspool across from the family’s front door. Cholera spreads fast. Within ten days, more than five hundred people, most of them living in the immediate vicinity of the Lewis’s Broad Street home, were dead.

As wrongheaded as miasma theory was, in London, at least, the effect of sanitationism proved salutary: a zeal for flushing and scrubbing away “foulness” resulted in improved sewage management and consequently improved health outcomes.

Soho had been fashionable once, but amid London’s massive 19th-century population surge, it had become a crowded district of tenements subdivided into cheap rental rooms. Almost half of the local households drained their waste into cesspools. By the summer of 1858, the odour of untreated human excreta would grow so thick and overwhelming in central London along the Thames that that chapter in the city’s history would be remembered as “the Great Stink”. “Miasma theory”, the dominant explanatory framework for the spread of disease at that time, credited London’s atmospheric filthiness with the outbreak: susceptible patients, doctors thought, absorbed “poison” from the foul air into the blood, seeding a generalised sickness.

One outlying scientific thinker happened to live just blocks away from the Lewis family. John Snow, a physician, had been interested in cholera since an 1832 outbreak, and had begun to think that its patterns of spread pointed to contagion – in other words, to germ theory, then still a fringe etiological proposal. During an 1848 epidemic, Snow traced the sickness’s progress and fleshed out his hypothesis: cholera was a specific disease which spread person-to-person via water contaminated with human faeces, as he argued in his 1849 pamphlet, On the Mode of Communication of Cholera. The pamphlet had little impact.

To Snow, the 1854 outbreak came as an opportunity for data collection: “I suspected some contamination of the water of the much-frequented pump in Broad Street… but on examining the water, I found so little impurity in it of an organic nature… I requested… to take a list, at the General Registrar’s Office, of the deaths of cholera,” he wrote. Using that list, and expanding it by house-to-house survey, Snow mapped cholera casualties. As he had anticipated, stacks of black marks, each standing for a death, accrued at addresses using the Broad Street pump.

Even more compelling than the clustered fatalities, however, were certain outlier findings – exceptions that seemed to prove the rule. A woman who died far away in Hampstead, for instance, turned out to be a former resident of Broad Street, who preferred the cold, slightly carbonated water from the Broad Street pump and had sent away for a bottle of it on August 31st. A workhouse next to the pump, on the other hand, recorded no deaths at all – when Snow dug deeper, he learned it had a separate water supply.

Snow deduced that the cesspit into which Sarah Lewis had tipped her laundry-water had leaked into the pump supply. On September 7th, he delivered his findings to parish authorities. “He was not believed – not a member of his own profession, not an individual in the Parish believed that Snow was right,” a local doctor called Edwin Lankester remembered later. Still, Snow convinced them to remove the pump’s handle. “The pump was closed and the plague was stayed,” wrote Lankester.

Today, on a corner of what is now called Broadwick Street, just outside a pub named the John Snow, there’s a black-lacquered replica of the handle-less pump, a complement to an older monument, an engraved red granite kerbstone recording the site “of the historic Broad Street Pump associated with Dr John Snow’s discovery in 1854 that Cholera is conveyed by water.” Not far away, a blue plaque on a wall hails Snow as a “founding father of Epidemiology.” A plate affixed to the pedestal of the replica pump notes, “‘Removal of the pump-handle’ has become an international symbol of public health.”

The history of science as recorded by public monuments is inevitably an airbrushed one, shaped by elision into a straight track of progress, lamp-lit by paradigm-altering flashes of insight. In fact, though John Snow’s analyses of the London cholera epidemic ought to have stood as evidence for contagion theory, it was incorporated gradually and piecemeal into public health thinking. For a time, it was swallowed into a “sanitationist” approach to public health that remained firmly grounded in miasma theory’s logics. “Either in air or water it seems probable that the infection can grow,” concluded the report of the scientific committee tasked with inquiry into the 1854 epidemic, admitting scant quarter to Snow’s findings. “The impurity of one commonly implies the impurity of both; and in considerable parts of the metropolis (where the cholera has severely raged) there is a rivalry of foulness between the two.”

As wrongheaded as miasma theory was, in London, at least, the effect of sanitationism proved salutary: a zeal for flushing and scrubbing away “foulness” resulted in improved sewage management and consequently improved health outcomes. And over time, with repeated proofs of Snow’s arguments, contagion theory gained ground in British public health thinking.

But cholera was not an isolated British problem. The outbreaks of the 1850s formed part of the third cholera pandemic: a truly global spread of infection that killed a million in Russia, and 15,000 in Mecca, attacked the tiny island of Mauritius in four waves, and traversed the USA after making landfall at New York’s harbour. It travelled to Greece and Turkey with troops mobilised to fight in Crimea and surged again and again in India, its point of origin.

In showing how baby Frances Lewis’s nappies could infect a whole community in London, Snow had of course indirectly demonstrated how cholera might spread in Calcutta or Cairo, and had incidentally shown that cholera could travel in the bilges of ocean-going ships, or in infected bodies of sailors. But, at least outside of the British Isles, British imperial authorities resisted contagion theory for decades, arguing versions of miasma theory (“local influence theory”) that were predicated on Orientalist assumptions of the fundamental difference, the backwardness, of the East. As a shipping economy, Britain’s prosperity was served by the denial: accepting a germ theory of cholera transmission would have made maritime quarantines, damaging British trade, the logical next step – an international analogue to removing the pump-handle. Far from lighting a straight path of progress, scientific discovery, like all forms of knowledge, has always risked being held hostage by the interests of power.

1. Both his study in Soho, and his larger, it less-well-known, epidemiological inquiry into South London water companies