Stories from the community
VideosMalaria

Years before Michael Essien began his extraordinary Premier League football career, he was a barefoot kid in small-town Ghana, scoring between goalposts made of stacked rocks. Like millions of other children in the world’s endemic zones, young Essien suffered multiple bouts of malaria. He survived: “I’m still alive, kickin’,” he says. But he knows that each year in Africa, 260,000 children are not as lucky. The impending roll-out of a new vaccine, he says, will be “a very good thing for Africa.” 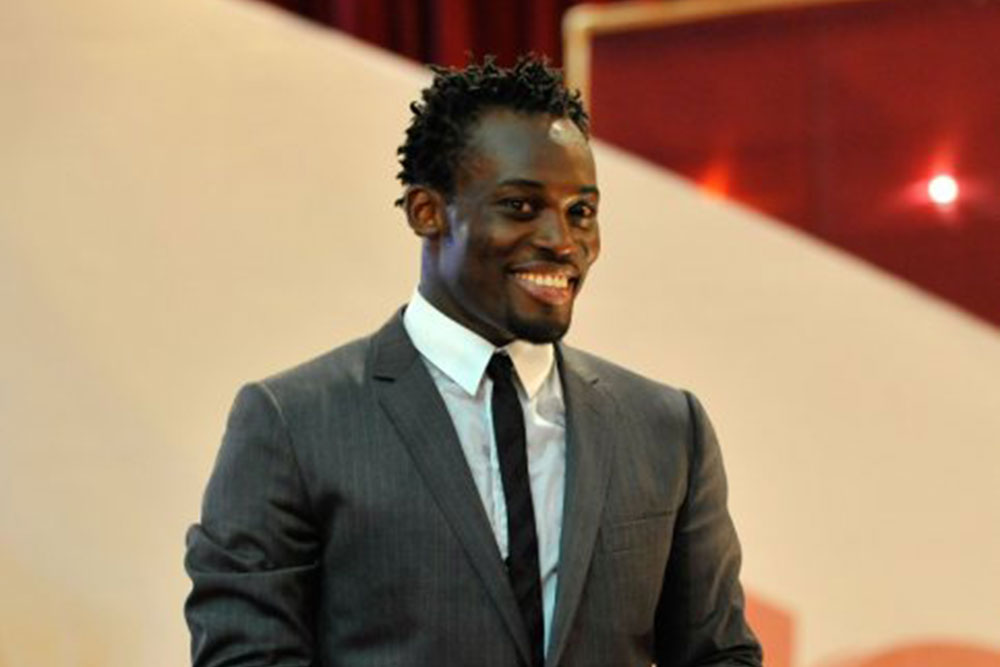 Michael Essien is not sure how many times he was ill with malaria as a child. More than twice, certainly; he settles on “several times". "With malaria, you get very, very sick,” the former Chelsea midfielder and Ghanaian international says. “If you’re lucky, you get through. If you’re not, it gets worse.” He was lucky: “I’m still alive, kickin’.” But two of his childhood friends died of the parasitic infection.

So when Essien learned – via a recent email from a relative – that the world’s first malaria vaccine will soon be rolled out to children in Africa, his response was a blend of relief and excitement. “At last, there’s a vaccine against this very bad disease,” he remembers thinking.

“I would encourage and advise [my friends] to take these malaria vaccines to protect their younger ones. I’m looking forward to seeing many children grow healthy, so they can have a good life, a good education.”

‘At last’ is right: the vaccine – named RTS,S/A01e and branded Mosquirix – has been in development for nearly 35 years, most of Essien’s life. It’s a ground-breaking scientific achievement in more than one way: parasites like Plasmodium falciparum, which causes the deadliest strain of malaria, are far more complex than the viruses and bacteria which most of our vaccine arsenal protects against, and RTS,S will enter the annals as the first vaccine against a parasitic disease ever deployed.

Studies show that in combination with other forms of preventive care – from insecticidal bed-nets to keep the Anopheles mosquitoes which spread the parasites at bay, to seasonal malaria chemoprevention – RTS,S has the capacity to dramatically reduce malaria deaths and hospital admissions. If it’s rolled out across the world’s endemic zones, that could mean saving 40,000 to 80,000 lives each year.

The impact will be concentrated in Africa, which saw the vast majority of the world’s 240 million malaria cases last year. Young children are particularly vulnerable: 260,000 African kids under five die of the infection annually. For Essien, as for many people who have grown up in malaria hot-spots and have seen the disease’s risks and disruptions at first hand, those are not just anonymous statistics.

“Malaria is a very big disease in Africa, and also in Ghana,” Essien says. “And, you know, growing up around these small towns, it is very common to get it. It’s very severe, it’s very dangerous. It kills people – mainly the younger ones. And when you have it, the whole family is quite worried.”

Born in Accra and raised in a Awutu Breku – “a very small town” in Ghana’s Central Region – Essien remembers nights spent in the smoke of mosquito-repellant incense coils. He was surrounded by hard-working women: his mother, grandmother, and four sisters. Michael was the cossetted youngest.

Not much of the housework fell to him, he admits, laughing – just the daily dishes – leaving him to spend free-roaming afternoons with his friends, refashioning bare scraps of land into ad hoc football fields. “It was quite fun,” he remembers, smiling. “We didn’t have all these nice pitches or anything to play football – but every small area that we get, we put up some stones as goalposts, play until we’re tired, then we go home.”

But then, as now, malaria was a common scourge. In the late 1980s (before which the data was unavailable), scientists estimated a malaria-specific mortality rate of 7.21 per 1,000 children aged under 5 in Ghana’s central region. Many, many more became sick, missing school, alarming their families.

Essien remembers his own experience: “You get a headache, feverish, you know? Hot and cold. One minute you think you’re fine, and the next minute it comes back again.” Sometimes, he says, describing the classically episodic fevers associated with P. falciparum infection, he’d feel well enough in the daytime to go out and play, but as night fell, the chills and aches would be back again.

His mother was already a veteran of the malaria bedside when Michael came along. “First, my mum will, you know, treat it. With some tablets. If that doesn’t work, then she would take me to the hospital, to get injections.”

Essien lives in Denmark now, out of reach of Anopheles mosquitoes and their parasitic cargo. We’ve arranged to meet in a very lived-in AirBnB in a suburban town called Farum, flat and grassy as an institutional campus, which, not expecting many tourists, boasts zero hotels. But FC Nordsjaelland train here, and Essien has found a new home on their coaching staff. Besides, he says – he likes it here, near the fields: “I’m a country boy.”

He hasn’t left his first home behind. He goes back to Awutu Breku regularly, he says, to see old friends: “to joke around, to have a few drinks with them, so they can feel part of you. Those are the ones who knew you when you were very young, so you don’t forget them,” he says. With the new malaria vaccine on his mind, his thoughts flick to their children. “Obviously, my old friends, they are parents now, and they are still worried with this disease.”

Malaria continues to present a nearly perennial threat in Ghana’s Central Region, causing several million cases and many thousand deaths across the country each year. The future, however, looks significantly brighter. Pilot RTS,S vaccination campaigns, launched in 2019 in Ghana, Kenya and Malawi, have shown reductions not only in the numbers of clinical cases, but also in the severity of symptoms. This month, Gavi’s board took the decision to fund the vaccine for widespread distribution across sub-Saharan Africa.

“We’ve been fighting malaria for many, many years. Mosquito nets, coils, creams – now this vaccine is coming on top of that, I think it’s very good news,” Essien says.

But new vaccines, as he knows from recent experience, can rattle nerves. “We have to put trust in the science,” he urges. “They’ve done their research and their trials. They know it’s very safe.” He gestures at his own emphatically robust person: “Like, I’m sitting here now fully vaccinated against the COVID.”

“Of course, yes, I would encourage and advise [my friends] to take these malaria vaccines to protect their younger ones,” he adds. “I’m looking forward to seeing many children grow healthy, so they can have a good life, a good education. So their family will not worry too much.”