Lessons from the DRC’s 10th Ebola epidemic: the people may know best

International epidemic management involves ceding the foreign experts who possess, at best, a surface-level understanding of a very complex region. 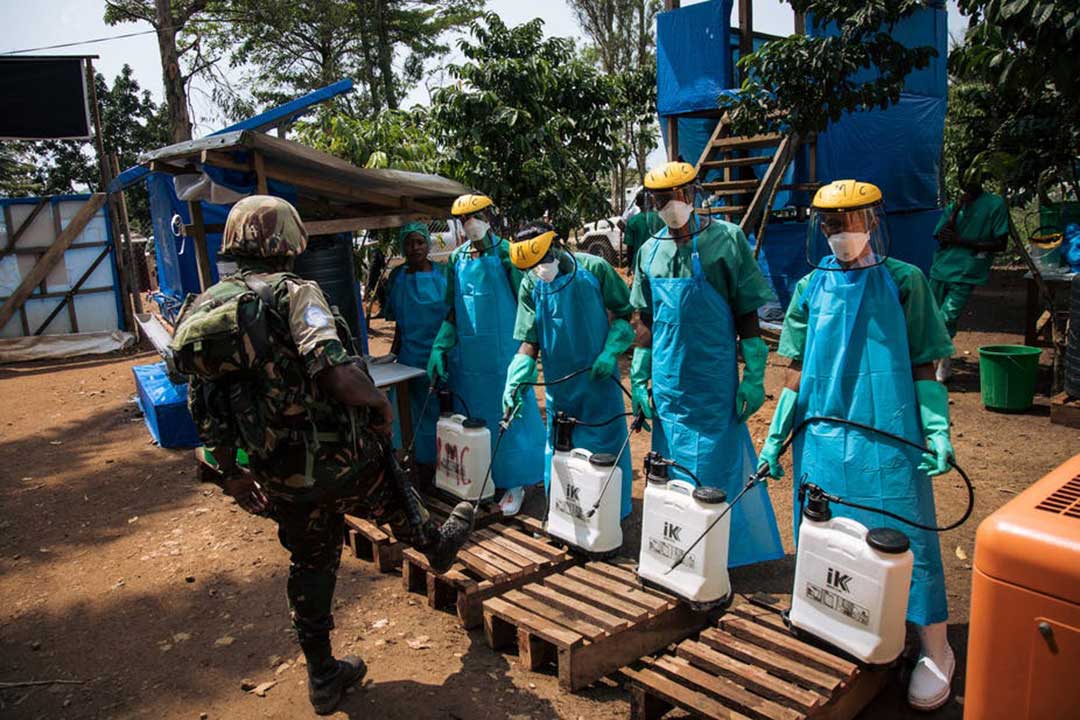 The tenth Ebola epidemic in the Democratic Republic of the Congo (DRC) was declared in North Kivu on 1 August 2018. The international response to the epidemic was significant. More than half a billion dollars of international aid flowed into the country. A newly approved, highly protective vaccine was used, and new medicines were tested and found to reduce mortality.

But still, on 25 June 2020, when the epidemic was finally declared over, it had become the largest Ebola outbreak ever to affect the DRC. It was also the second largest and longest globally to date, claiming 2,287 lives across a 23-month period.

The large public health apparatus assembled to fight Ebola created problems, including sexual abuse. It also generated conflict. Official counts differ, but there were likely between 200 and 300 episodes of violence tied directly to the Ebola epidemic or the national and international Ebola response coalition, known locally as the Riposte.

We wanted to understand why the large public health response caused so much friction in communities. To do this, we studied the different ways that local communities and the Riposte approached Ebola prevention, treatment and after-care.

Analyses of humanitarian action are prone to recommend ways to do international epidemic management better. In our group of papers we propose a different approach altogether. We contend that international epidemic management involves ceding control to a group of foreign experts who possess, at best, a surface-level understanding of a very complex region. And we suggest that local Congolese knowledge and institutions might have the capacity to manage an Ebola epidemic more effectively than their international counterparts.

Our research was designed – from conception to publication – by a group of Congolese scholars. Our four recently published papers provide unique vantage points from which to view an otherwise heavily studied epidemic. When read alone, their conclusions might seem modest: careful analyses of important sites of the 10th Ebola epidemic. When taken as a whole, however, they challenge the very foundations of international epidemic management.

In the first of the four papers, we focus on Mangina, a town in north Kivu. This health zone was the epicentre of the outbreak. Ebola cases had been documented locally three months before the outbreak was officially declared and an international response (the Riposte) deployed. Through a careful tracing of the early chain of transmission, we found that traditional methods of minimising infection transmission were remarkably effective at controlling the spread of Ebola. These included isolating the sick and using plastic bags to bury the dead.

The article shows how locally developed mechanisms for prevention and care slowed down the spread of the epidemic, which exploded from 26 cases in the three months before the Riposte was deployed to 250 cases in the three months after, as people became fearful and began dispersing more widely. The Mangina case offers valuable lessons on how to foster inclusive, trusted, and accepted strategies of epidemic response.

We argue that if existing personnel and institutional structures had been used to manage Ebola instead of imposing new structures, decades of trust in the Congolese health system could have been used to engage the population in control measures.

In the third paper, we consider the challenges facing survivors. Improved treatments greatly reduced mortality during the 10th Congolese epidemic. For those who got help early, Ebola was no longer a death sentence but rather a preventable and treatable disease. And so, new measures were introduced for survivors. Survivors were given material goods when discharged from treatment; they were enrolled in support groups; and they were required to follow a very regimented health surveillance system.

In this paper, we demonstrate that the coercive policies and tactics of the Riposte fomented fear of survivors and reinforced the stigma attached to them. We also challenge the assumption that international humanitarian organisations should play a leading role in the reintegration of survivors back into Congolese society.

The final paper serves as a conclusion to the quartet. It assesses the strategic and operational challenges around the outbreak and the efforts undertaken by the Riposte to contain it. We highlight how the lack of efficient communication, the uncritical provision of free healthcare, and a blind eye to the prevailing situation of electoral tensions and contested local politics led to poor acceptance of these efforts. As a result, the Riposte was perceived by many locally as a vast machine of economic extraction, further heightening mistrust.

Bringing in the local

Based on these findings, we offer concrete recommendations for improved epidemic management.

First, take into account the socio-cultural, political and economic context in the region of intervention.

Second, strengthen, improve or extend the existing health system instead of creating a parallel system that weakens it.

Third, listen to and integrate local actors, skills and practices, rather than marginalise or exclude them.

Fourth, create favourable conditions that provide space for local communities to take ownership of the fight against the epidemic.

More radically, we also propose the possibility of a different form of accounting in epidemics, one that tallies trust and familial duty instead of “Ebola suspects”, that counts dignity and respect rather than “secure burials completed”.

It will take time to change all this. But it must happen. As many a Congolese remarked during the 10th epidemic, “the people see further than the Riposte”.