News from the lab
MalariaPandemic preparedness

New bednets have potential to save “millions of lives” 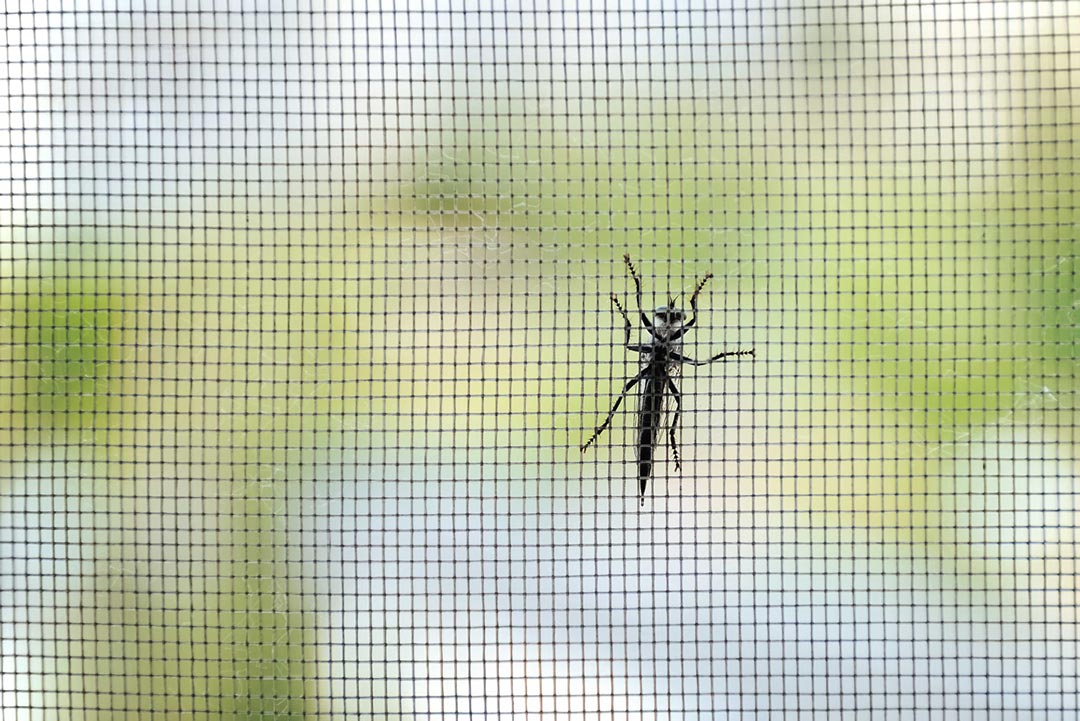 Long-lasting insecticidal nets (LLINs) have become a cornerstone of malaria control in sub-Saharan Africa, but there has been a resurgence in malaria infections in recent years. In part, this is due to widespread and growing resistance to pyrethroid insecticides among Anopheles mosquitoes – the vector that carries the malaria parasite – which has undermined the nets’ effectiveness.

“What really threw us for a long time was that in daytime tests the chlorfenapyr was not very toxic to the mosquito, but at night when the malaria mosquitoes naturally fly up against the treated bednet it gets a severe case of muscle cramps so it buckles and falls to where it is likely to be carried off by scavenging ants.”

Until recently, pyrethroids were the only class of insecticide recommended by the WHO for use in LLINs because of their safety profile. However, in 2017 the WHO recommended the incorporation of a substance called piperonyl butoxide, which enhances the killing properties of pyrethroids by inhibiting a mosquito enzyme used to break pyrethroids down.

Also under development are LLINs that combine a pyrethroid with a second insecticide that has a different mode of action. The hope is that these may delay the evolution of insecticide resistance and extend the lifespan of the nets.

One such insecticide is chlorfenapyr. Unlike pyrethroids, which target the central nervous system and paralyse the insects, chlorfenapyr causes the mosquitoes’ wing muscles to cramp, grounding them and preventing them from seeking out new people to bite.

Another insecticide is pyriproxyfen, an insect growth regulator that sterilises adult female mosquitoes.

To assess the effectiveness of these approaches, Dr Jacklin Mosha from the National Institute for Medical Research in Tanzania, and colleagues randomised more than 4,500 children living an area of Tanzania with pyrethroid-resistant mosquitoes to receive one of these three next-generation nets, or a standard pyrethroid-only net. The children, aged six months to 14 years, were tested for malaria at the end of each rainy season.

The results, published in The Lancet, suggested that the chlorfenapyr and pyrethroid-treated nets reduced the prevalence of malaria by 43% and 37% in the first and second year respectively, compared to the standard pyrethroid-only nets. They also reduced clinical episodes of malaria by 44% over two years, and the number of malaria-infected mosquitoes captured by 85%.

“Given the resurgence of malaria in parts of sub-Saharan Africa where standard bed nets have failed, these new nets have the potential to help save millions of lives,” said co-author Dr Manisha Kulkarni at the University of Ottawa.

Although the chlorfenapyr nets were more expensive than standard ones these costs were offset by reduced treatment costs, due to fewer children catching malaria.

“We’ve shown chlorfenapyr LLINs are safe, decrease malaria infection in children and are cost-effective. This is important evidence for the World Health Organization and malaria control programmes, when they are assessing whether these new nets should be deployed in areas of insecticide resistance when standard bed nets have failed,” said trial principal investigator Dr Natacha Protopopoff from the London School of Hygiene and Tropical Medicine (LSHTM).

“However, caution is needed. The massive scale-up of standard pyrethroid LLINs 10 to 20 years ago led to the rapid spread of pyrethroid resistance. The challenge now is to preserve chlorfenapyr’s effectiveness by developing rational resistance management strategies.”

“What really threw us for a long time was that in daytime tests the chlorfenapyr was not very toxic to the mosquito, but at night when the malaria mosquitoes naturally fly up against the treated bednet it gets a severe case of muscle cramps so it buckles and falls to where it is likely to be carried off by scavenging ants,” said Prof Mark Rowland at LSHTM.

“No other mosquito insecticide works like this, and because of the unique mode of action it kills all kinds of mosquito that have evolved resistance to other insecticides. It should have a long future.”

Another trial in Benin, West Africa, is expected to confirm whether chlorfenapyr nets are more effective in a different malaria setting later this year.